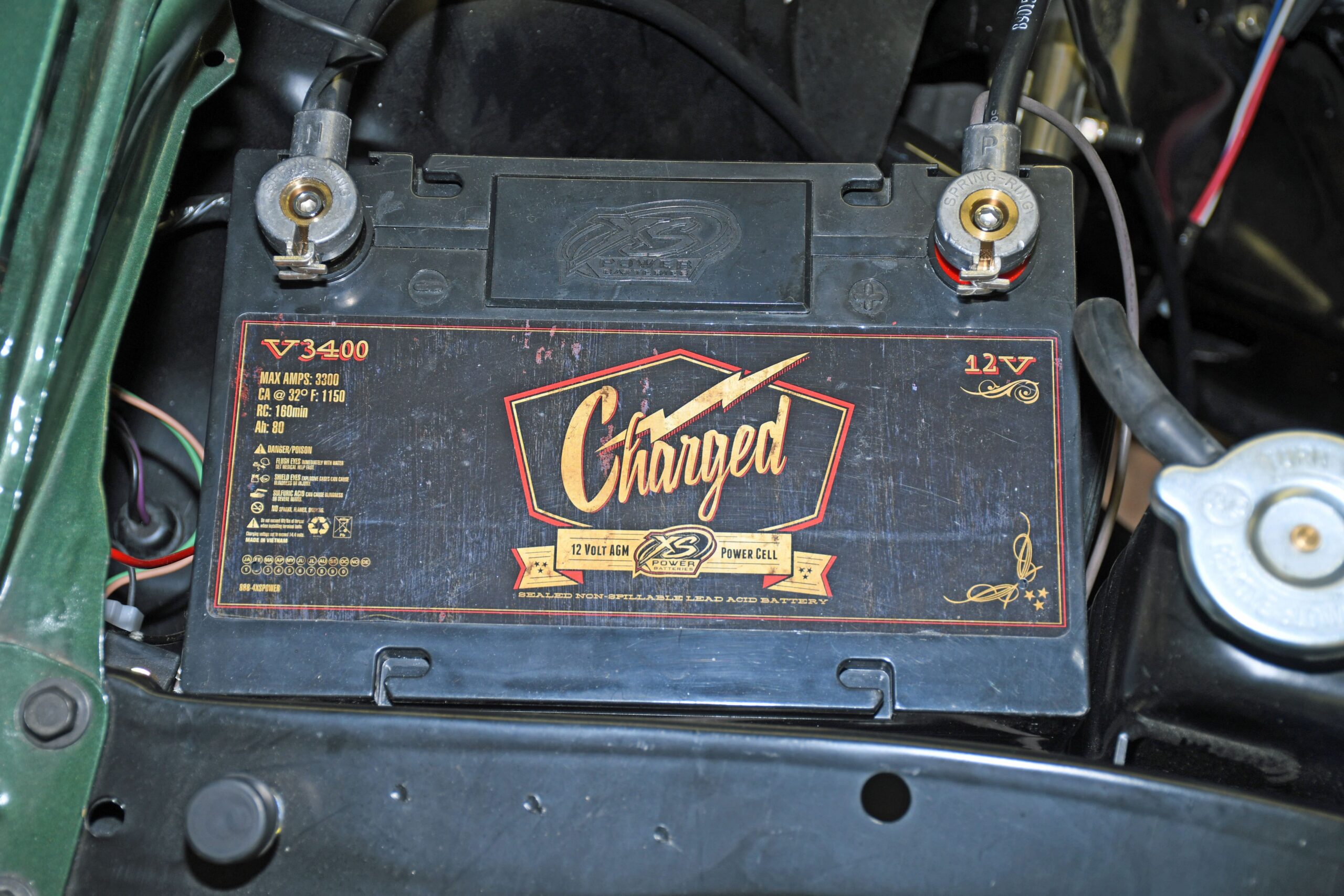 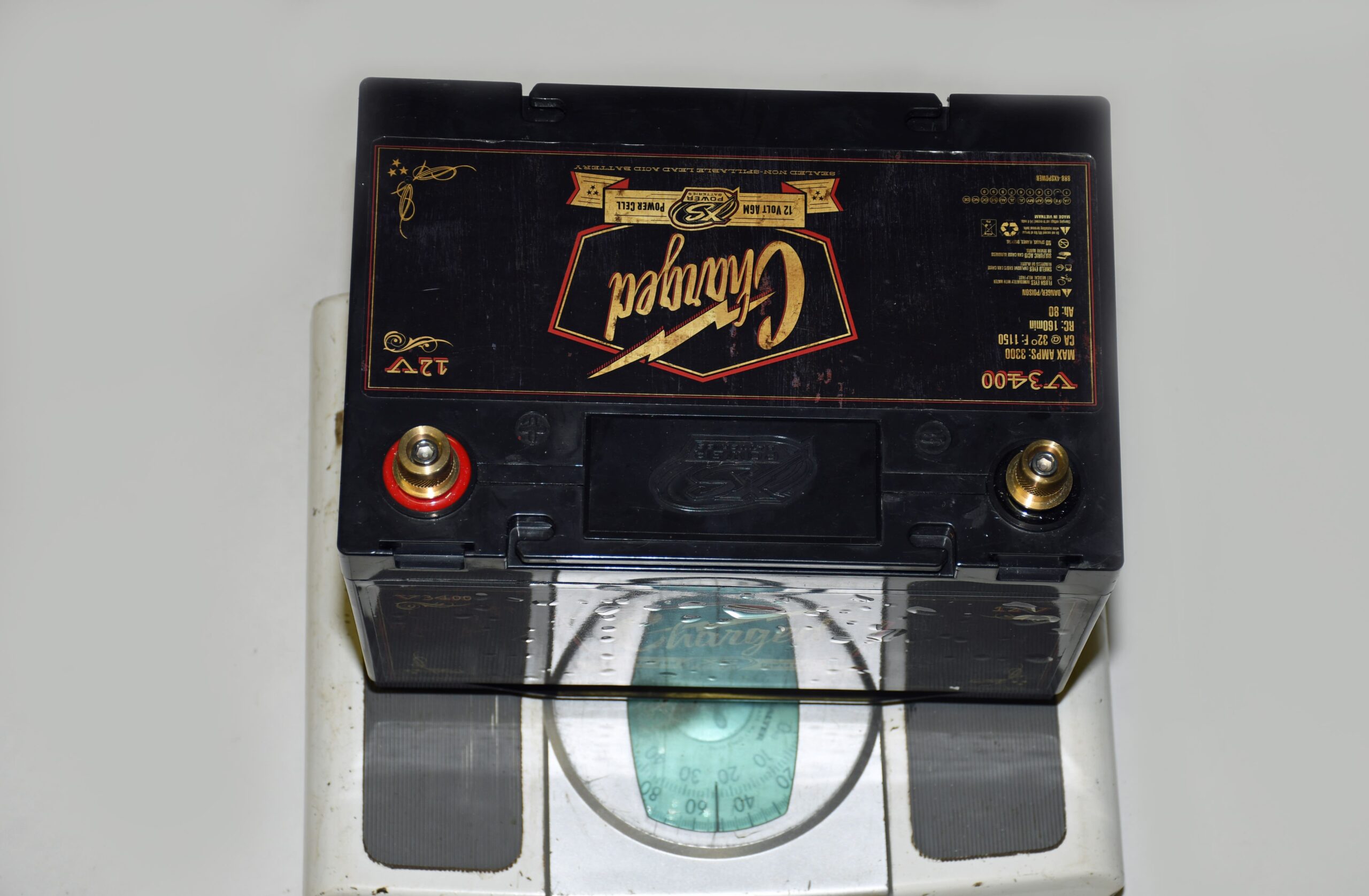 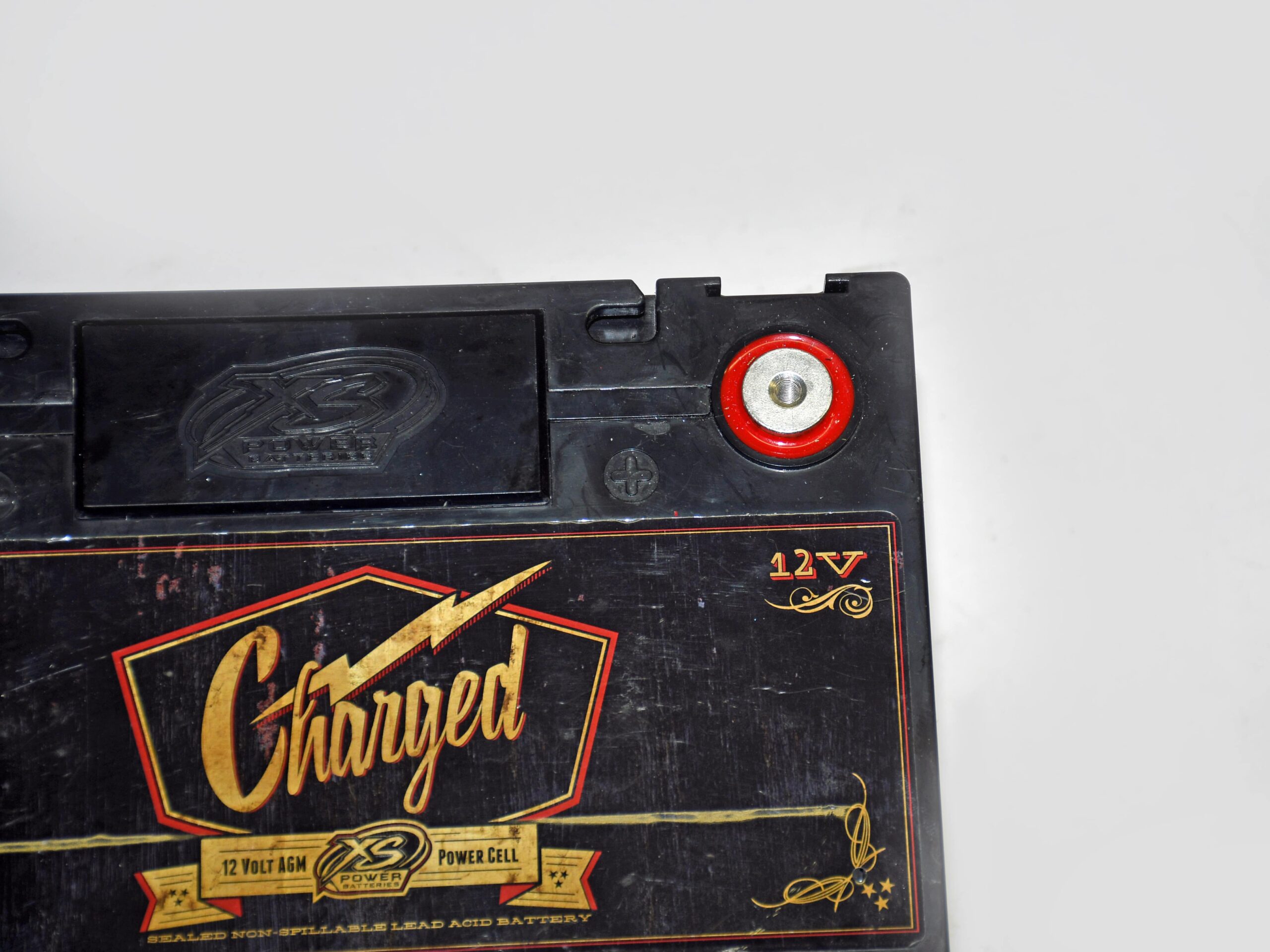 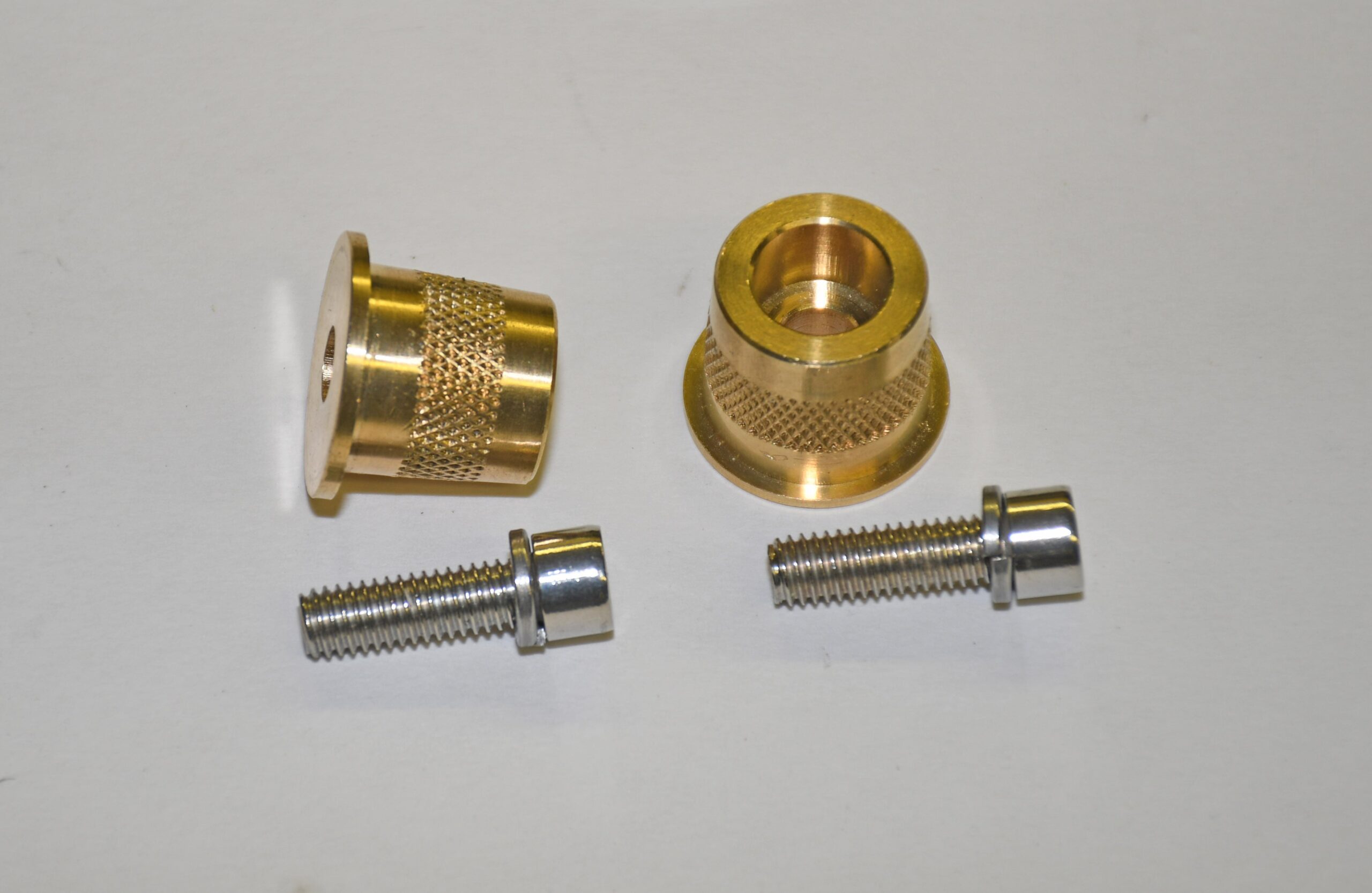 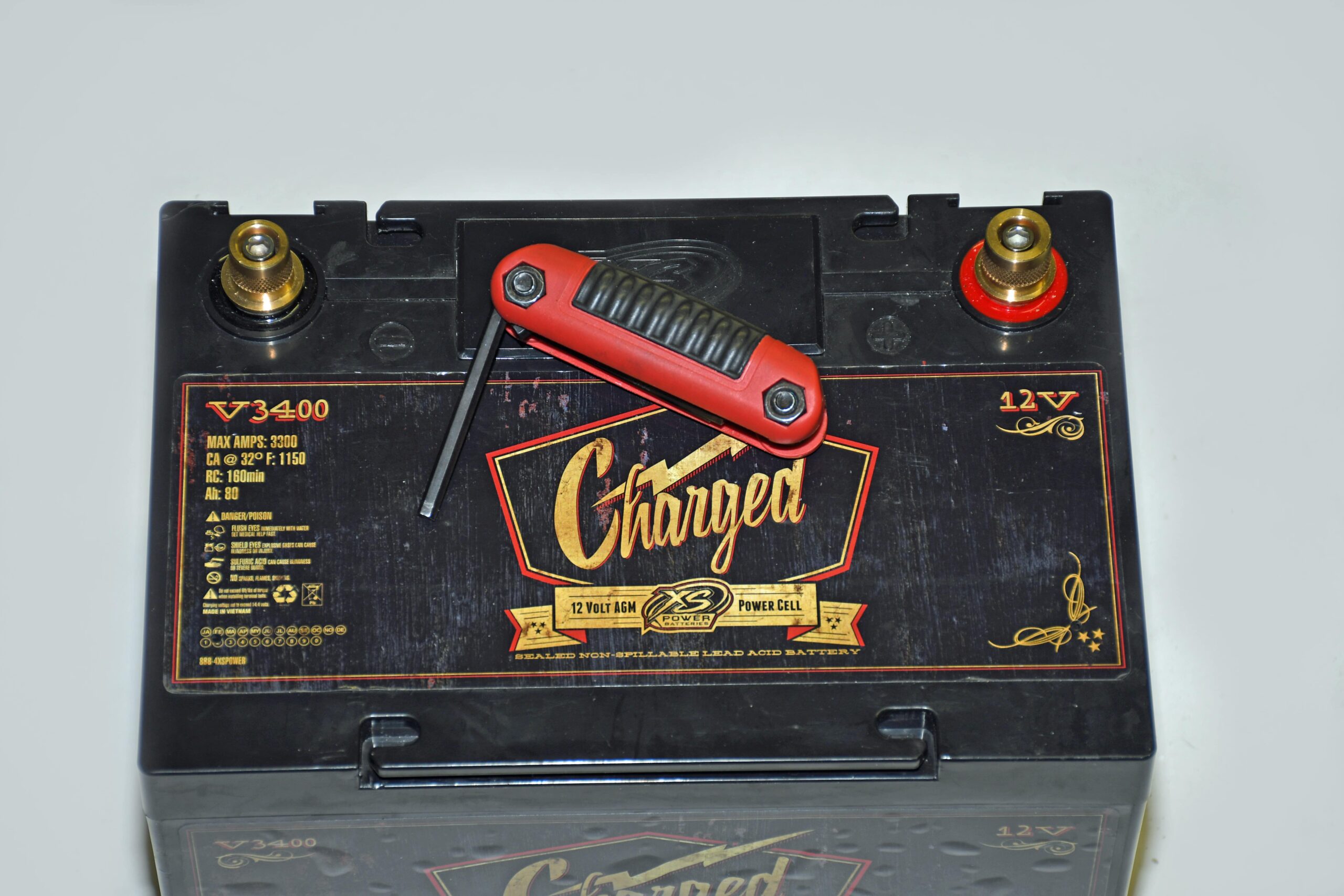 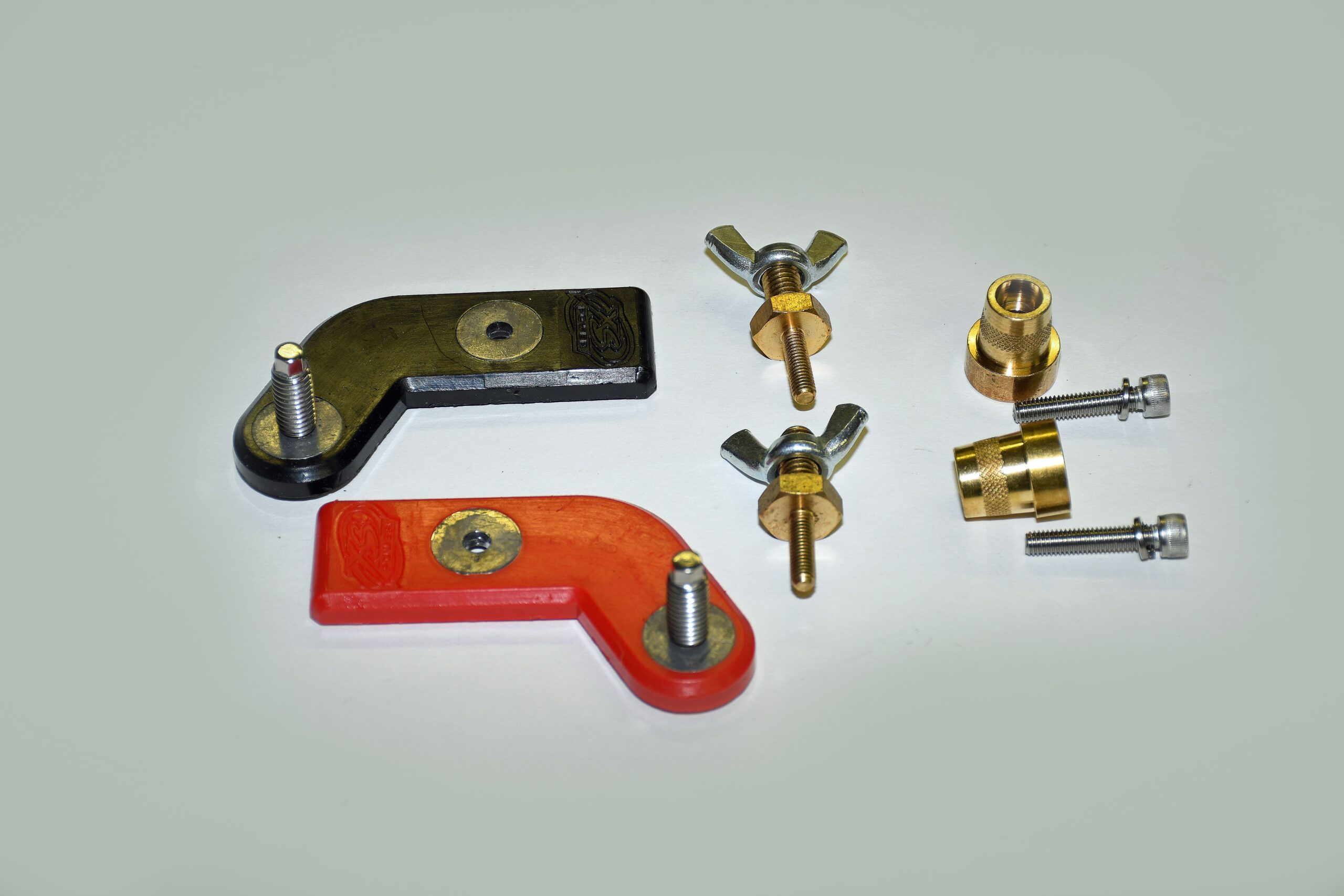 Trailer Tuesday: 2022 Bravo 24′ Scout Car Hauler for $35,700
When we last left you, we covered battery terms and ratings, thanks to the folks at XS Power Batteries. We also looked at how to calculate the battery draw from equipment in your car. It’s a not a difficult task but the calcs should be done before you go battery shopping.

When it comes to batteries for racing and high performance applications, there are a number of options out there. Some are really good. Some are really bad (no secret). From the high performance and race perspective, the best bets are AGM (Absorbent Glass Mat) batteries or Lithium batteries. Lithium batteries are powerful and they can offer tremendous power storage capability. At the same time, certain lithium examples can prove considerably lighter than their lead-acid based battery cousins. Lithium batteries have two drawbacks: They can prove dangerous if they aren’t properly monitored and they tend to be expensive. Some are Very expensive. Because of this, they can be out of reach for many of us. For high quality, high performance applications, that leaves us with AGM batteries. According to the folks at XS Power:

“The XS Power 12 volt performance battery is a six cell, sealed-valve regulated, lead acid battery. Sealed-valve regulated lead-acid batteries are manufactured in two types – gel-cell and AGM (Absorbent Glass Matt). The key difference is how the electrolyte is suspended between the lead plates. AGM batteries such as the XS Power 12 volt performance batteries use a fibrous material to suspend all liquid electrolyte against the plates. Even if the case were ruptured, no acid would leak. In contrast, gel-cell batteries suspend the electrolyte in gel form and are not necessarily leak proof.

“AGM batteries are similar in chemical function to flooded and maintenance-free batteries in that they convert electrical energy into chemical reactions on the lead plates. AGM batteries differ in the amount of electrolyte used. AGM batteries have substantially less electrolyte that a typical flooded or maintenance-free battery. Operating with less acid is possible in an AGM battery because each cell in the battery operates on a slight positive air pressure. This air pressure allows for the water produced during discharge to condensate and therefor recycle inside the battery. Hence almost no gasses escape the battery under proper charging conditions. If the battery were to be overcharged, the small amount of electrolytes could be “gassed” and vented by means of the safety valves in each battery. This is the main cause of AGM battery failure and should be avoided (Please Note: we’ll dedicate space for charging in the next issue). The cells are compressed before insertion into the case, which increases performance and makes the battery extremely vibration resistant. The reduced acid content of the battery allows for additional plates and therefore additional performance in the 12 volt configuration.”

That raises a question of cost: Why do high quality AGM batteries tend to cost so much more than a conventional old flooded cell battery? For many of us, that’s a valid question and one we asked XS Power: “XS Power batteries are manufactured using only virgin lead, 99.99% pure compared to most batteries that use recycled lead. The pure-lead design means better performance. Grids are thinner. This allows for more grids, which means more surface area in a smaller package. More surface area means more power. AGM (Absorbed Glass Mat) design means longer life, vibration resistant, deep cycle and can be mounted in any position (except upside down).”

“Deep cycle” batteries also enter the equation, particularly for racing applications. Although racecar engines fired by high output ignition systems work well with "deep cycle" batteries, this isn’t really the case for cars fitted with a charging system. Deep cycle batteries are engineered to withstand repeated discharge and recharge cycles. Keeping in mind a deep cycle test is quite possibly the toughest of any when you consider a battery, the specific design of these types of batteries actually precludes them from use with a charging system. The reason is deep cycle batteries are not very well suited for day to day activities such as starting a cold engine, dealing with cool weather and so on. But in a drag race application where you're constantly draining and recharging the batteries, a deep cycle battery is a really good bet. The constant discharge-charge cycle can cause chaos within a conventional battery (no secret to many, we’re sure).

In some drag race applications, it’s not a bad idea (it might even prove to be a necessity) to switch over to a 14 or 16-volt battery system. Here’s why: Once you get deeper into the rounds of competition, the time between rounds obviously decreases. If you don’t have a charging system on the car, then it’s easy to appreciate the advantages of a 14 or 16-volt battery.

The truth is, modern ignition systems require at least 12 volts to produce an optimum spark. A high performance battery cell produces a maximum of approximately 2.15 volts per cell open circuit or 12.9 volts total. But there’s a quandary: Once a load is placed upon a 12 volt battery, the voltage per cell typically drops to 2.0 volts per cell (12 volts total). If the engine is operated beneath this 12 bolt threshold it will often result in ignition issues that manifest themselves as a high speed miss. Keep in mind reduced battery voltage will have a negative impact upon the starter and it's easy to see why many racecars mandate more voltage over and above a common 12-volt system.

That’s certainly not the end of it either. More and more electronics such as on-board computers, delay boxes, throttle stops, and so on are quickly becoming the norm. As a result, amp draw loads continue to increase. This tends to shorten the duration of time for a 12-volt battery to drop to marginal voltage levels. 14 and 16-volt batteries provide a 2-4 volt cushion to the electrical system over a 12 volt system. Instead of a full charge open circuit of 12.9 (2.15 volts per cell times 6 cells), 14 and 16-volt batteries provide a full charge voltage of 15.05 and 17.2 respectively (2.15 volts per cell times the number of cells). A discharged battery with a specific gravity of 1.175 produces approximately 1.75 volts per cell. This means that even when totally discharged, something like a 16-volt battery will produce 14 volts as opposed to a 12 volt discharged battery producing only 10.5 volts (a 14 volt battery still produces 12.25 volts discharged). Because of this, the voltage provided by 14 or 16-volt battery will exceed the minimum recommended voltages of a racing ignition even when totally discharged.

Needless to say, the main reason for using a 14 or 16-volt battery is to improve the performance of the ignition system. Typically, something like a 16-volt battery can help to fire massive plug gaps (upwards of 0.080-inch if you’re so inclined). In certain examples, this can also lead to increased jet sizes over what you’d normally encounter with a 12-volt system baseline. According to some racers, engines running 14 or 16-volt systems do not seem to fall off as much in "bad air" when compared to 12 volt systems. This is likely due to the hotter spark. And of course, 14 and 16 volt batteries allow the starter motor to spin faster and they will also increase the performance of electric fans and fuel pumps.

Fair enough, but which components can you really use with a 14 to 16-volt system? Here's a break down:

• Ignition: Most racing ignitions sold today mandate at least 12 volts for acceptable operation and they benefit from an increase in voltage. Basically, the more input voltage to the ignition, the greater the output from the ignition. The hotter spark from a 14 or 16 volt battery run through a high powered ignition system allows you the opportunity to increase the spark plug gap. The use of wider plug gaps also resulted for an increase in jet sizes in some applications.

• Starter: 14 or 16 volt batteries spin the starter as much as 30% faster when compared to a conventional 12 volt arrangement.

• Electric Fans: Electric fans will also operated 10 to 15% faster with no damage to the fan motor.

• Electric Water Pumps: Electric water pumps will also spin 10 to 15% faster resulting in quicker cooling and again with no damage to the pump motor.

• Electric Fuel Pumps: Adding voltage to an electric fuel pump tends to build more pressure at the pump. Although additional pressure (in most cases) is not required, the extra pressure can be backed down at the regulator if desired.

There are some racing components that might not compatible with increased voltage. What do you look for?

The reality is, many 12-volt components will function perfectly on 16 volts. The rationale is that a 12-volt component is actually designed to be subjected to as high as 15 volts when used with a 12-volt alternator. Over the years, plenty of racers (Professional and Sportsman alike) have run 14 or 16 volt battery systems and very few have found it necessary to use a resistor on any components.

Some of the following items have been successfully run on 16 volts, however a resistor may be required to step down the voltage to the following components (dependent upon the manufacturer):

Next issue, we’ll conclude our look at racing and high performance batteries. In that segment, we’ll address charging AGM batteries. This is very important, because these batteries differ from conventional flooded cell examples. In the meantime, check out the accompanying slide show for a closer look at “power packed energy storage systems”:

In terms of weight, the big XS Power AGM V3400 battery tips the scales at 52+ pounds. Sounds big, but In comparison, a typical Group 24 Delco battery weighs 39 pounds on our bathroom scale.
Upstairs, the XS Power battery posts simply bolt on.
The battery comes with a top post adapter, as shown here.
Here’s the top post kit installed on the battery. It’s held in place with an Allen-head cap screw. According to XS Power, you should use no more than 8-foot pounds maximum torque when installing the terminals.
XS Power offers wide range of optional bolt-on terminal packages including side-terminal kits and kits for trunk mount battery applications.
Back to Post