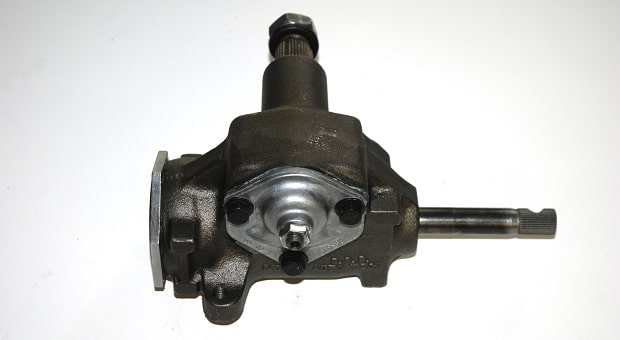 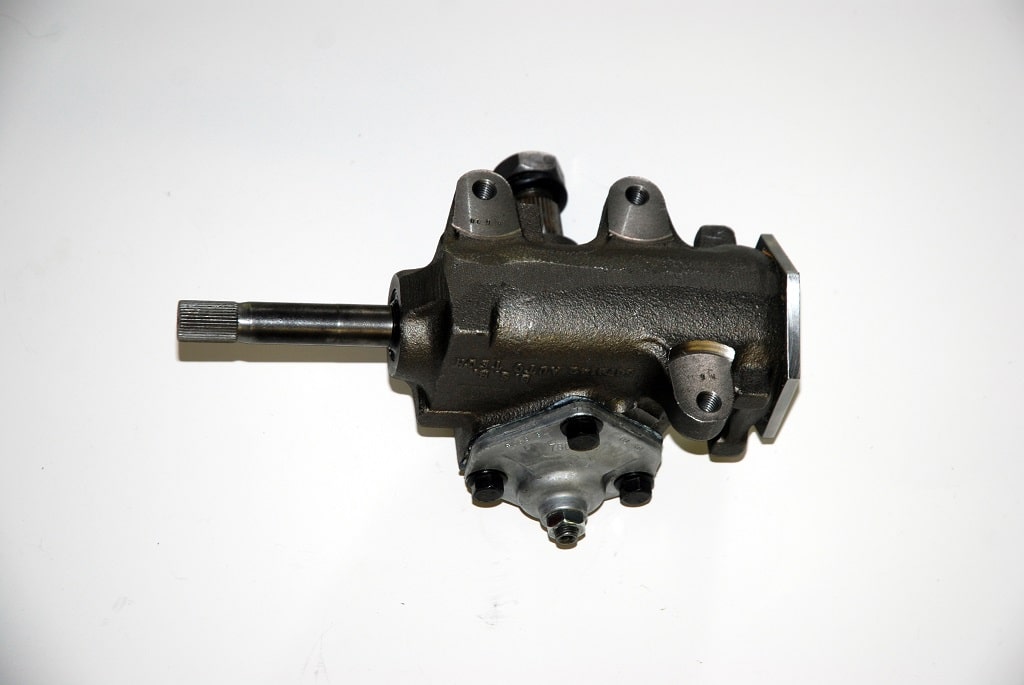 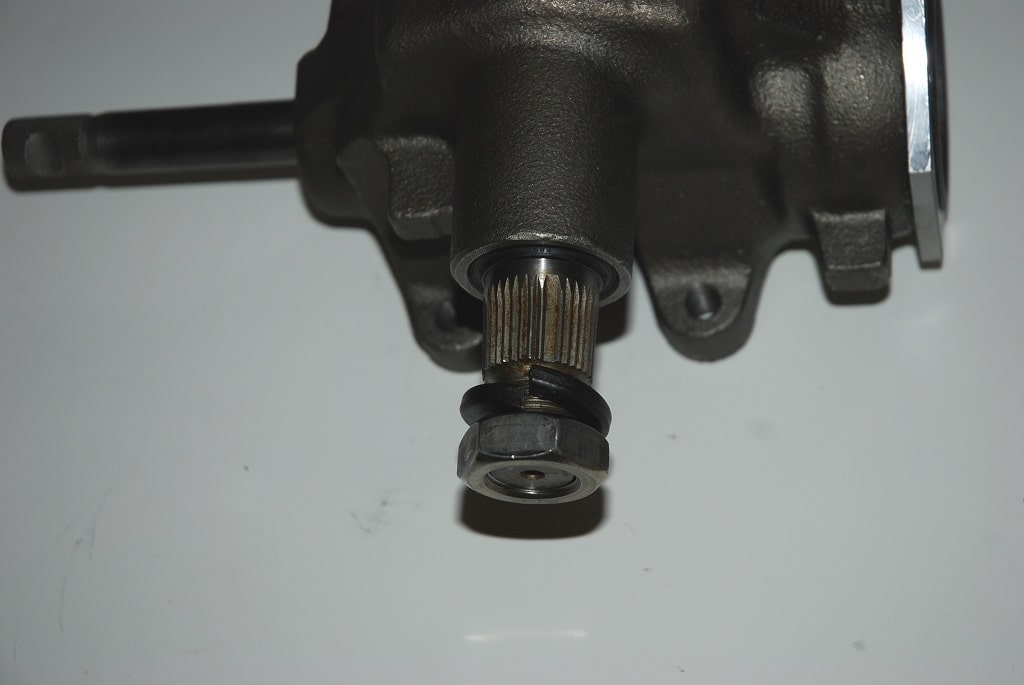 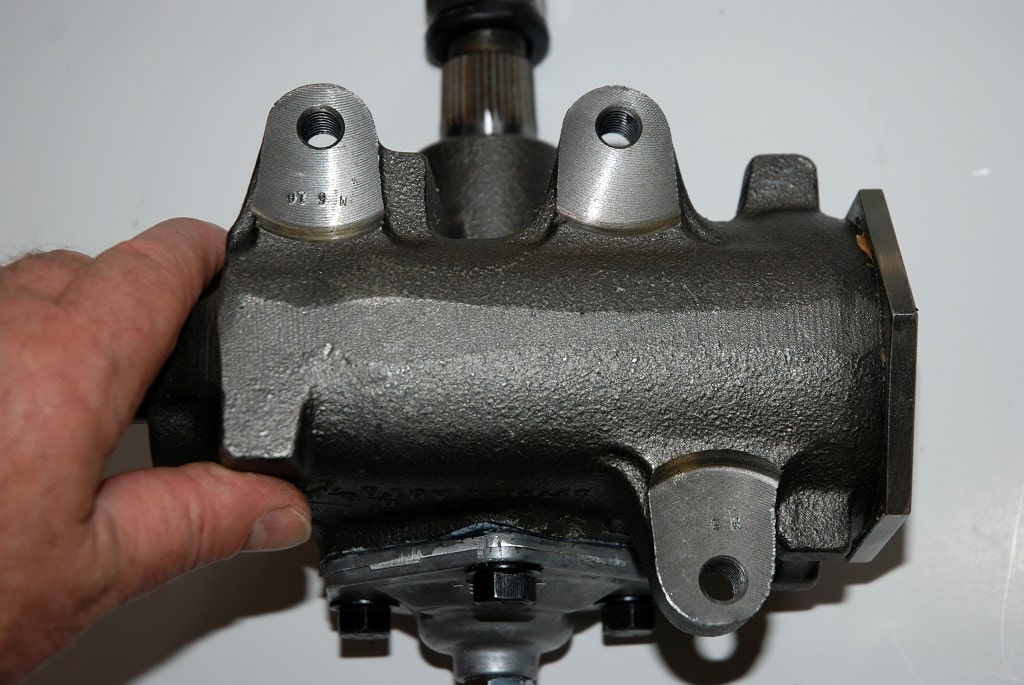 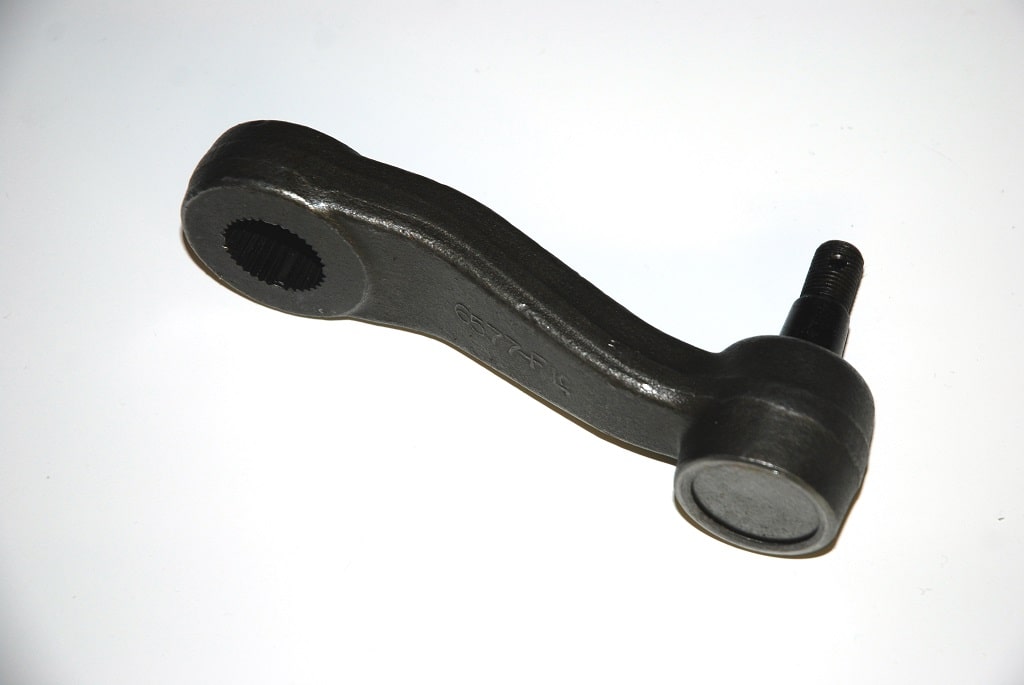 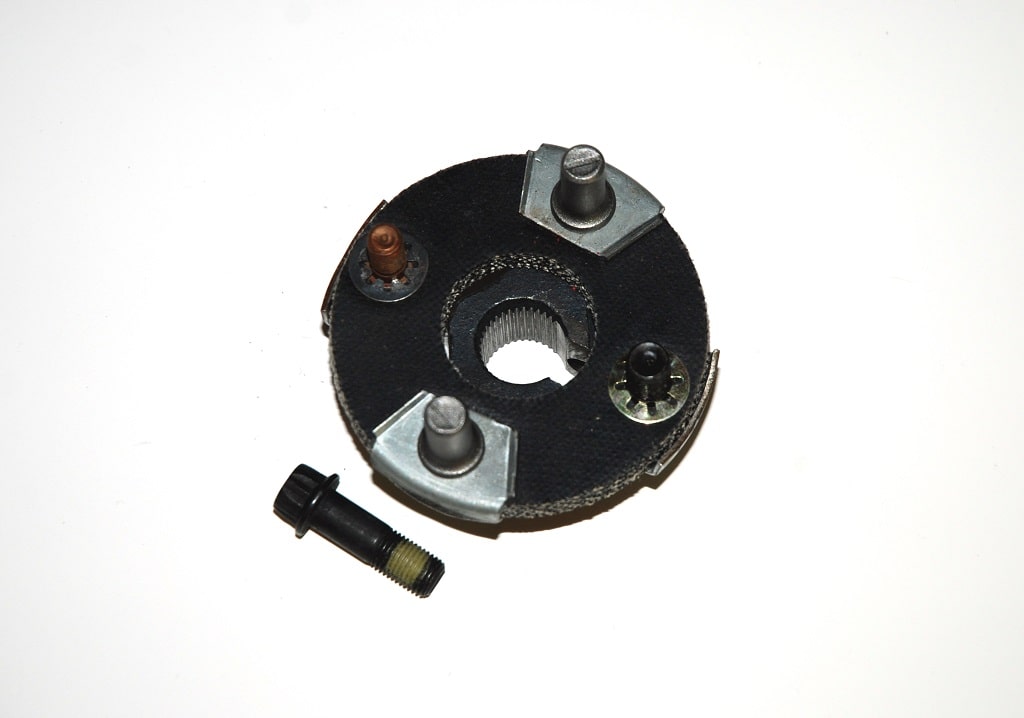 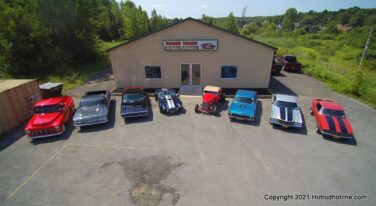 Working on the steering on a project drag race or fast street car is probably the last thing on your list, but it’s rather critical (no big secret, we’re sure). Aside from the obvious, here’s another reason why: At one time, it was easy to select a steering box for a drag car or even a hardcore street-strip machine. If the project car in your shop was factory fitted with power steering, you simply went down to the local wrecking yard and cannibalized a similar car with manual steering. Done.

That was then. Things are different today. For one thing, wreckers aren’t as plentiful as they used to be. Neither are the cars we used to plunder. For another, all modern production line cars have power steering as standard equipment. They don’t offer a (light) manual alternative. Most cars and trucks now use rack and pinion steering, which is light, easy to mount and, in most cases, out of the way. With racks, fabrication is definitely required. On the other hand, for many earlier cars, a good old-fashioned manual steering box is the best option.

Fair enough, but what's the hot setup? The Corvair steering box is an age-old favorite, but it’s difficult to find and when it comes to replacement parts, it's definitely obsolete. Keep in mind that box was originally designed for use on a rear engine car with little weight over the nose. The same gone-by-the-wayside thinking applies to the popular early "Mustang" steering box (which in truth was sourced from General Motors’ Saginaw Division). Now what? How about a Vega box? It’s a pretty good choice – however, Chevy's Vega isn’t exactly a fresh face either. It’s been out of production for decades, and examples are way less common than you might think. Once you come across a potential candidate, there's a good chance that the car has seen more than its fair share of use and abuse.

What about other manual steering boxes? There are several good contenders, but remember that some steering boxes are big, clumsy and difficult to adapt to a chassis. And the truth is that there’s an almost withering array of shaft types, spline counts, mount patterns and overall sizes out there. When everything settles, there are probably a couple manual boxes that are well suited for racecar use. You only have to take a look at the new or blue printed manual steering boxes from the folks at Borgeson for your answers.

We’re getting a bit ahead of ourselves. First, let’s back up and take a closer look at three of the original GM boxes that fit the mold:

Saginaw 140: The Saginaw "140" is the Vega manual box. In production during a seven-year span from 1971 to 1977, this particular steering box is peculiar to four cylinder applications only. Although the Vega was a four-banger-only application, siblings such as the Monza, Skyhawk and other "H" bodies could come equipped with optional six and eight cylinder power plants. These non-four cylinder applications did not use the 140 steering box (more below). But on the flipside, the 140 "Vega" box can also be found under Monzas, Astras, Skyhawks, Starfires and similar vehicles with factory installed four cylinder engines. The 140 box has a number of favorable attributes: It's very compact and light, weighing slightly more than eleven pounds. These boxes can be rebuilt.

As far as applications are concerned, the stock 140 steering box is likely best suited for cars that weigh less than 2,500 pounds. It's a natural for cross steer situations and, due to its lightweight and small size, fits well in tight quarters. There’s a bunch of hardware available for cars equipped with the Vega steering box (mount brackets, universal joints, pitman arms, etc.), simply because it is well loved by the street rod community. As a result, the 140 or Vega box is without question the most popular of all steering box assemblies. Just keep in mind that the Vega was a light car with a very light front-end weight. That’s why GM used a heavier box on V8 Monzas and other “H” bodies. Splines and shaft sizes are as follows:

Saginaw 122 & Saginaw 525: The Saginaw 122 box is similar in appearance to the 140 or Vega box, but it's a little bit larger (and most definitely stronger). Normally, this manual steering box is found under GM intermediates from the Seventies or under "H" bodies, which were fitted with V6 or V8 engines from the factory (see the above "Saginaw 140" section for more information). Two different ratios were available: 16:1 and 24:1 (Note: The pitman arm length affects the ratio of the steering box. The ratios quoted assume the use of a 6-inch pitman arm). This steering box features a mount pattern identical to the Vega box, but it is physically larger than the 140.

GM produces another box called the "525" model. At first glance, it seems almost identical to the 122, but it has a beefier casting along with a larger cap. The 525 was used in a number of passenger car applications along with some light duty pickup trucks (for example, the S10). Borgeson points out that this is a very stout, reliable steering box. GM began using this configuration in the ‘50’s and some versions of it are still in use today. It’s available with a 1-inch or 3-1/2-inch long input shaft and either a 16:1 or 24:1 steering ratio.

Spline information and shaft size for the pair of boxes are as follows:

That’s a wrap for this issue. Keep your browser aimed at these pages. In the next segment, we’ll detail how easy it really is to swap from power to manual steering. Watch for it!
This is likely the most common manual steering box style ever produced by GM’s Saginaw Division. It's a 525 box, and they’ve used variations of it since the fifties. It’s far beefier than a common Vega box, and actually isn’t much bigger. By the way, a new or blueprinted Borgeson box is significantly "cleaner" than the run-of-the-mill piece you're likely to stumble over at the local salvage yard.
Up close, here’s what the output (pitman) shaft looks like on the Borgeson-supplied 525 box. As pointed out in the text, the shaft has 30-splines with a ¾-inch diameter.
The mount bolt pattern is identical to the original equipment power steering box. This is a no-brainer, direct bolt on swap.
Power steering pitman arms and manual steering pitman arms are different. Although never serviced separately from GM, you can buy pitman arms from companies such as Borgeson or Classic Industries.
As pointed out in the text, rag joints are actually responsible for a plethora of tasks. When they’re not contaminated with oil, gasoline or brake fluid, they can last at least 100,000 miles. But add a chemical bath and high heat coupled with considerable age and you really don’t know what you have. It’s best to either service the joint or replace it during a rebuild. Note, too, the special 12-point bolt used to tighten the rag joint splines. Classic Industries also offers that unique part.
Back to Post