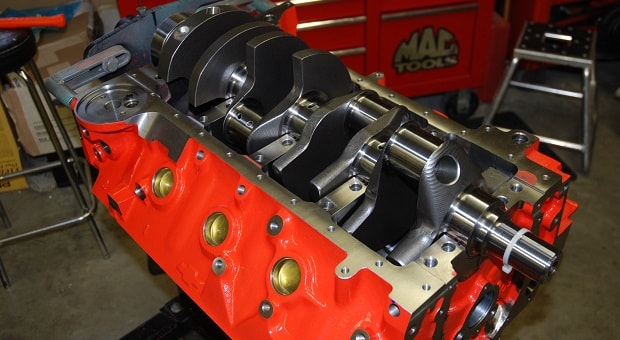 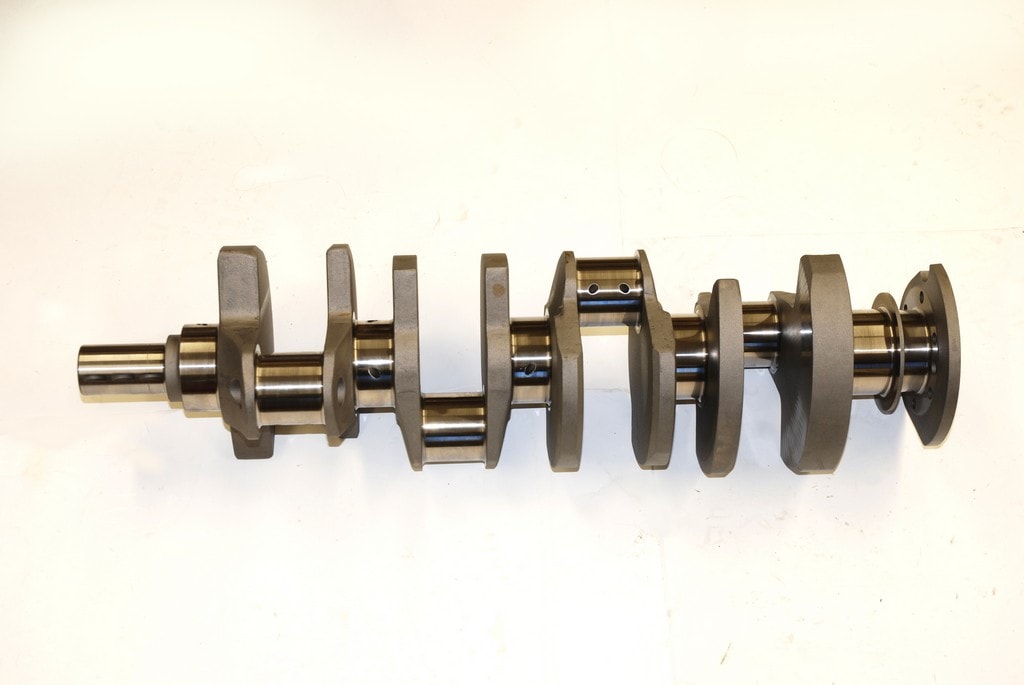 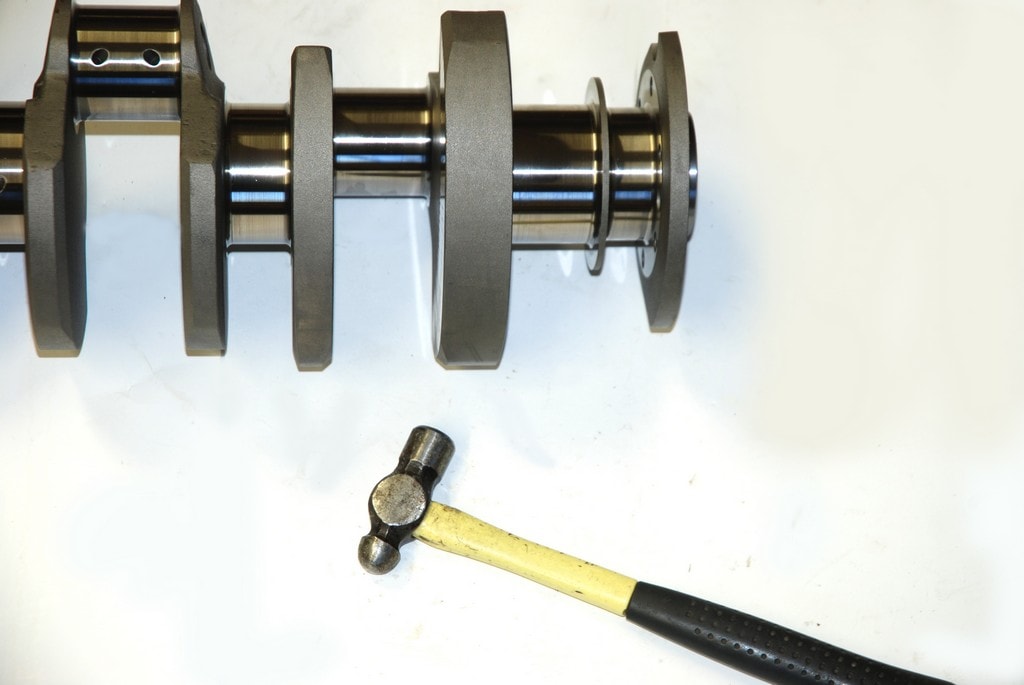 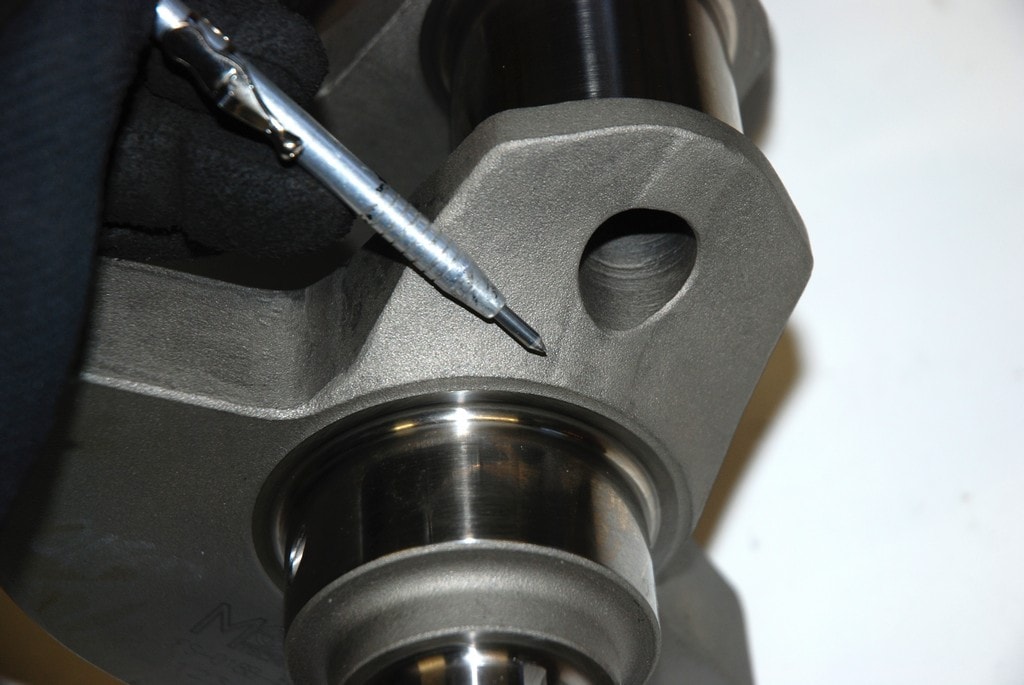 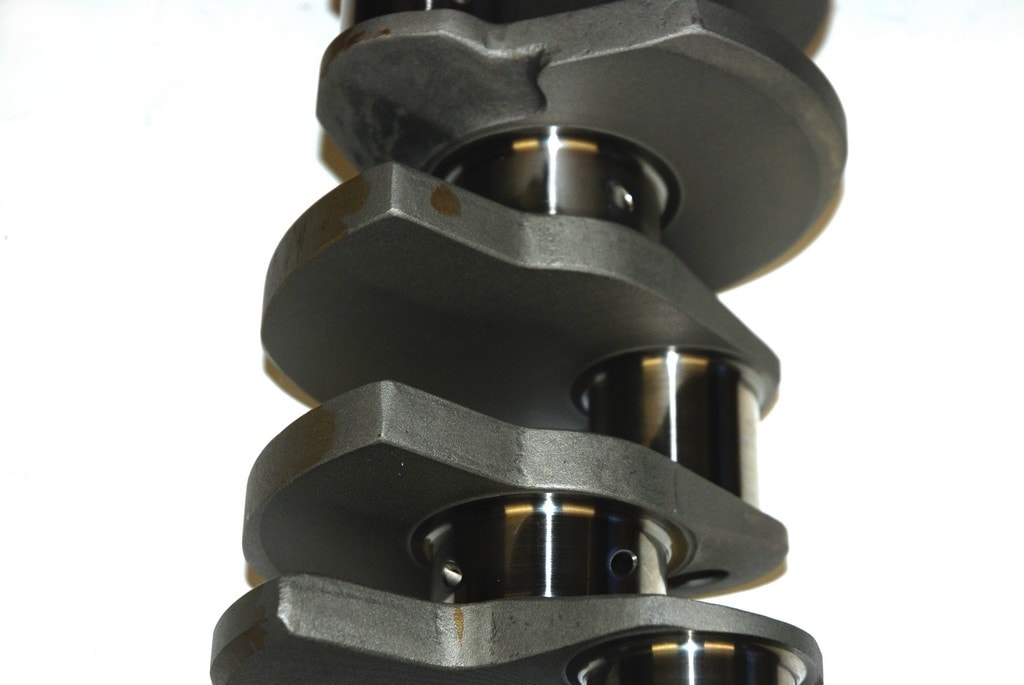 Crankshafts are critical. No secret to anyone reading this, we’re sure. But when picking a crank, if you make a mistake in the application or mess up component choice or simply goof up during the install, it usually spells big (BIG) trouble. The reality is, there is so much to know about crankshafts and so much choice out there (and so many different potential engine combinations), it’s often difficult to figure out where to start. One guy who is a huge knowledge base for crankshafts (and connecting rods for that matter) is Tom Molnar, owner of Molnar Technologies. Tom is one of the performance and racing industry good guys. In “another life,” he helped start Oliver Racing parts, where he was the General Manager. He’s also the guy responsible for designing all of their rods, tooling and fixtures, as well as the overall manufacturing processes. That’s not the end of it either - Tom has an incredibly deep resume.

Tom notes, “I also wrote every CNC program they used to make a connecting rod or a crankshaft. In 2005 I left Oliver to start K1 Technologies. In late 2006 I sold K1 to Dover PMI, which also owns JE Pistons, Wiseco Pistons and, at one time, owned Carrillo Connecting Rods. I stayed with them and continued to manage the K1 division for five more years after the sale. In 2011, I decided I wasn't a big company type of guy and resigned from the position with K1. Since I was out of work, too young to retire and not having any experience in any other types of work, I took my 30+ years in the rod and crank business and started a new company called Molnar Technologies.”

Whew! Today, Molnar Technologies manufactures crankshafts and connecting rods for a wide range of popular Domestic and Import power plants. As you can see, Molnar has been involved in the high performance rod and crank business for over thirty years. The knowledge he shares with us is considerable, even if you don’t purchase a single piece from Tom. With Molnar’s insight, here it is from the top:

There are basic types of crankshafts generally available. They include cast iron cranks, forged steel cranks and billet steel cranks. Here’s the breakdown from a performance perspective:

Cast Nodular (Ductile) Iron Crankshafts: You can identify a cast nodular iron (or “ductile iron”) crankshaft by the grainy surface, along with a visible casting flash parting line where the molds for the respective “halves” were joined. If you tap lightly on a cast crank counterweight, you’ll hear a dull “clunk” sound. Cast crankshafts have an ability to dampen harmonics. That makes them desirable for use in low RPM truck and industrial applications. While most types of cast iron tend to be brittle, ductile or nodular iron has much more impact and fatigue resistance. This is due to the nodular graphite inclusions added to the metal mix. Nodular iron is a top quality casting material, but in a race or high performance crankshaft application, the ultimate strength of these crankshafts is limited. Typically, the tensile strength of the material tells you how robust the piece really is. [Editor’s Note: “According to Wikipedia, “Tensile Strength measures the force required to pull something such as rope, wire, or a structural beam to the point where it breaks. The tensile strength of a material is the maximum amount of tensile stress that it can take before failure.”] Tom notes that when it comes to a cast crankshaft, you can expect a tensile strength range between 70,000 to 95,000 PSI (some “cast steel” materials can have a tensile figure of 105,000 PSI).

Forged Steel Crankshafts: The appearance of a forged steel crankshaft will be smoother overall on the un-machined surfaces when you compare it to a cast crankshaft. There will be no casting flash lines, but there will be die lines on the crank and they will be broad. When you tap a counterweight on a forged crank, you’ll hear a distinctive “ring.” Forged crankshafts are readily available; however there are many different types of forgings out there – including many different material types.

Most OEM cranks will be manufactured from 1010, 1018, 1045 and 1053 steel alloys. Molnar advises that the tensile strength of these alloys is similar to what you’ll find in a cast iron crank; however, they are less brittle than a comparable nodular iron crankshaft. The majority of OEM forgings have a large content of carbon in the alloy, but they lack the chrome and nickel found in more expensive materials such as 5140, 4130 and 4340. 5140 alloy was once pretty widespread in crankshafts, but today, higher strength 4130 and 4340 alloy crankshafts are more common. Where a 5140 alloy will have a tensile strength of approximately 115,000 PSI, you’ll find that 4130 and 4340 alloys will have tensile strengths of approximately 125,000 PSI and 145,000 PSI.

During manufacture, when a crankshaft is forged, a large steel billet (in the case of a crank, it’s cylindrical) is heated and then physically “beaten” into the desired shape by way of a series of large presses and equally large dies. The process of forging makes for a much stronger component than casting. A major reason for this is the grain structure of the forged metal is uniform in flow (it can be examined under a powerful microscope). That means that the respective molecules in the grain structure are linked. That doesn’t happen with a casting.

There’s more here, according to Molnar: “The grain flow in a forged part does make the part stronger, but in the case of medium carbon materials such as 4130 and 4340, if the part is properly heat treated, the grain structure of the material is refined (ideally into a fine grain martensitic structure); the grain flow is no longer present.”

So far so good. But what’s the best - a “Twist” or a “Non-Twist” forging? Molnar states: “During manufacture, all forged crankshafts are pressed into place on a huge die. The easiest way to do this is to forge the crank throws one at a time in a flat forging die. Then the crankshaft is twisted and the die forges the next throw. With a non-twist forging, all of the throws are forged at one time. This process mandates a complex die.” Some manufacturers believe that the simpler twisted method increases the internal crankshaft stresses. You don’t get those stresses with a non-twist forging. Today, the majority of high performance crankshafts follow the more complex non-twist forging process.
This is a finished crankshaft manufactured by Molnar Technologies. Forged from 4340 steel, this big block Chevy crank has a stroke of 4-3/8-inches.
You certainly cannot determine the material by looking at a crankshaft, but it’s pretty easy to figure out if it’s cast or forged. If you lightly tap a counterweight, a forging will have a “ring” as the tool makes contact with the crank.
This photo shows the broad tooling line that comes from forging. A casting will exhibit a much sharper parting line, and often you can see casting flash.
This crankshaft from Molnar has been shot peened. This increases the fatigue strength and you can see it on all non-machined surfaces. Additionally (and you can’t see this), each crankshaft is heat-treated to increase tensile strength. Cranks are also nitrided to improve wear resistance and 100% mag particle inspected to insure against cracks.
Back to Post