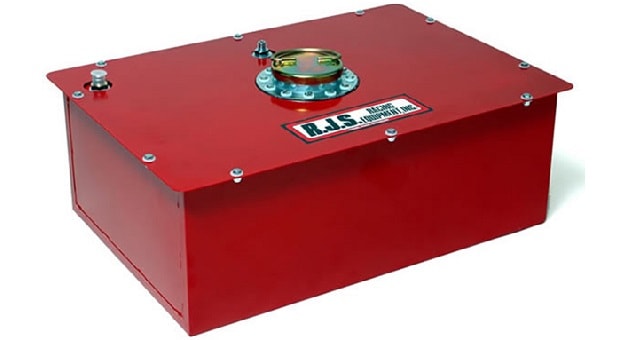 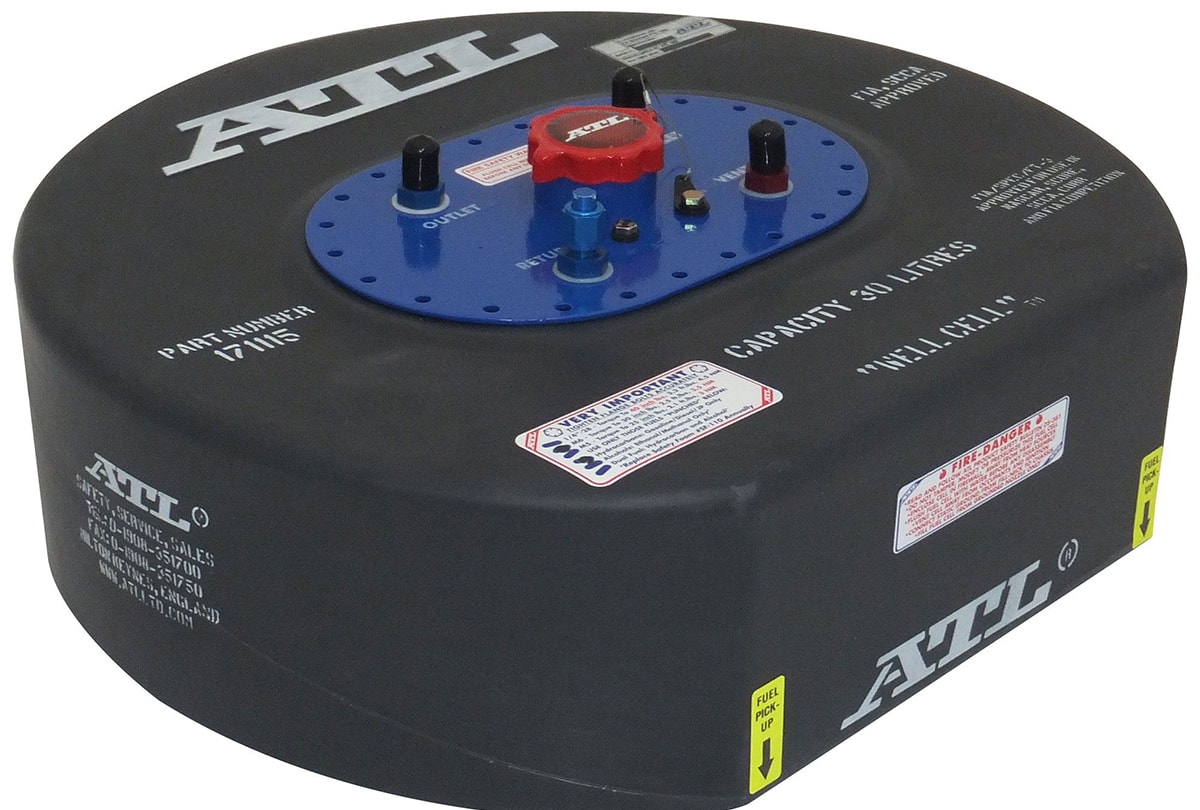 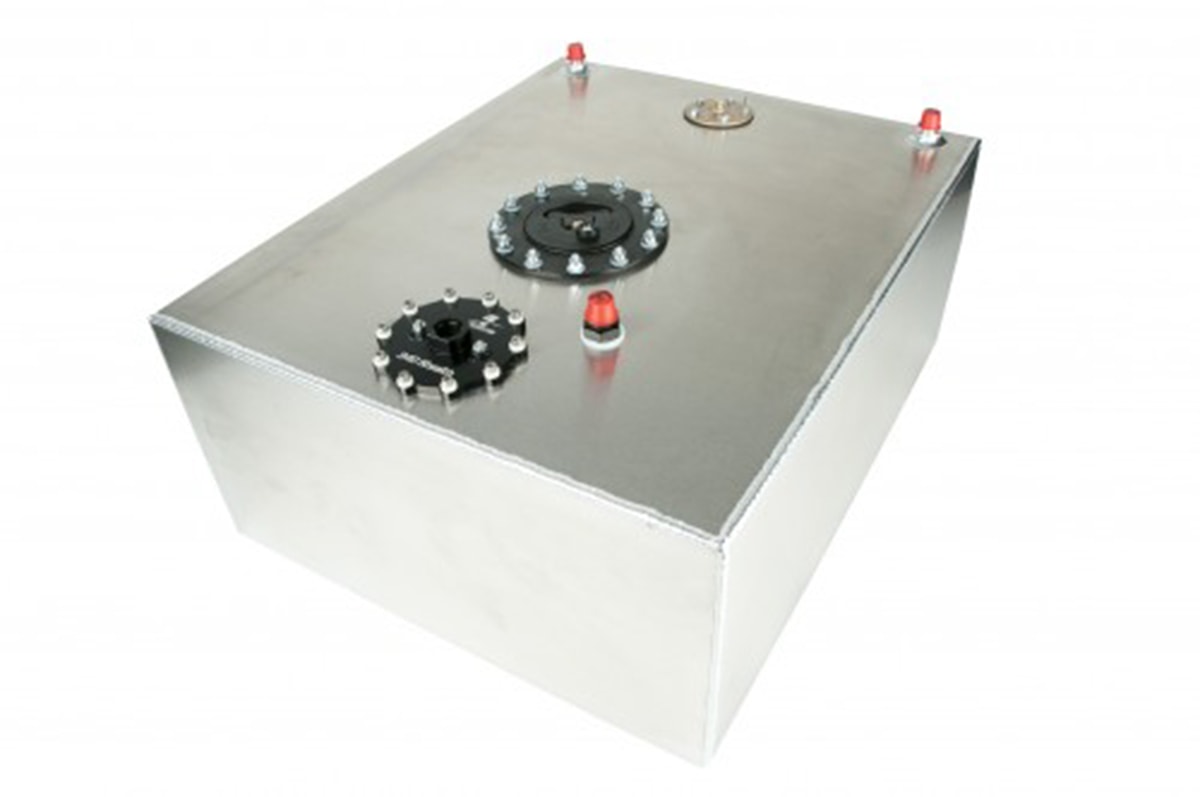 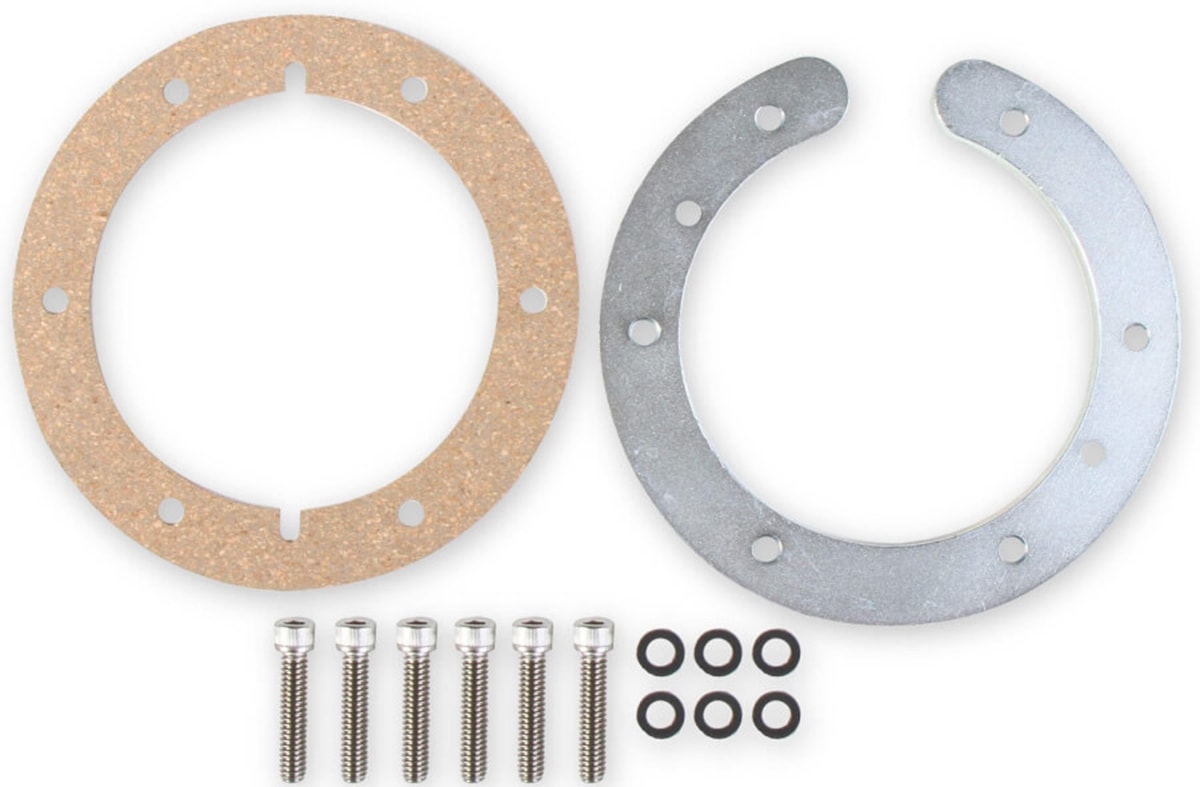 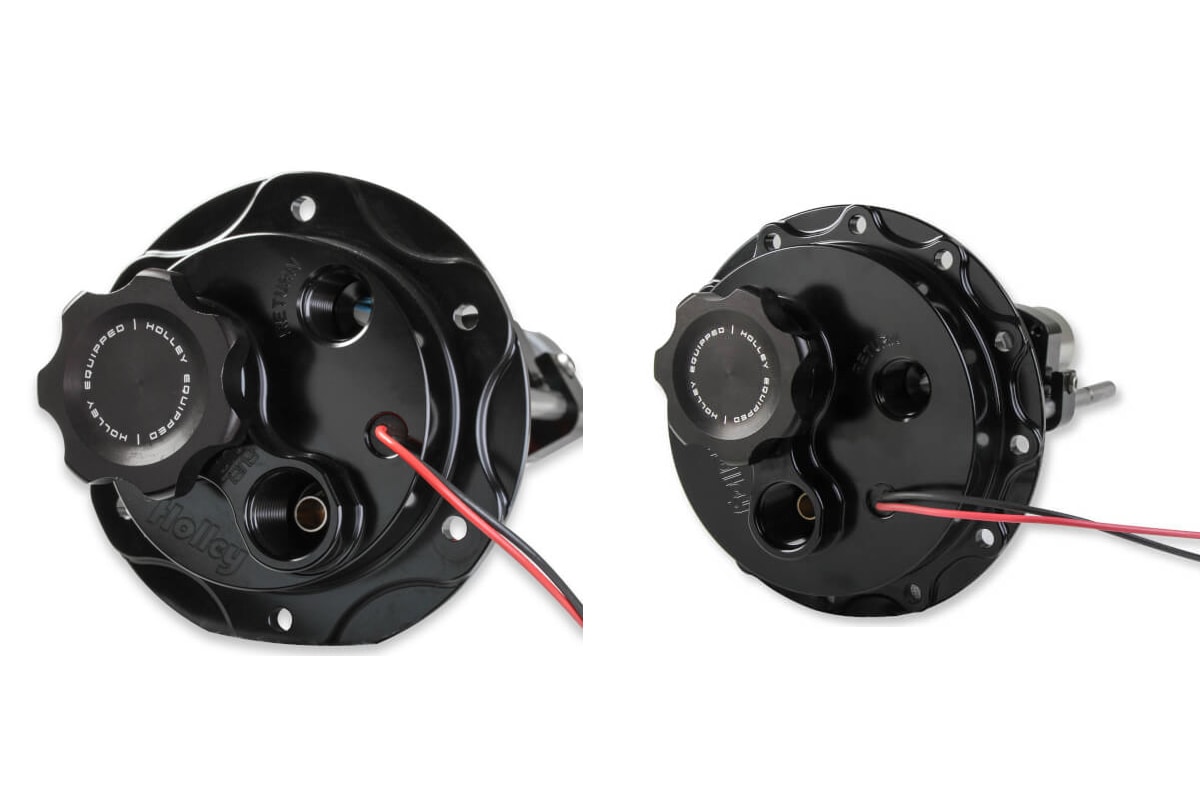 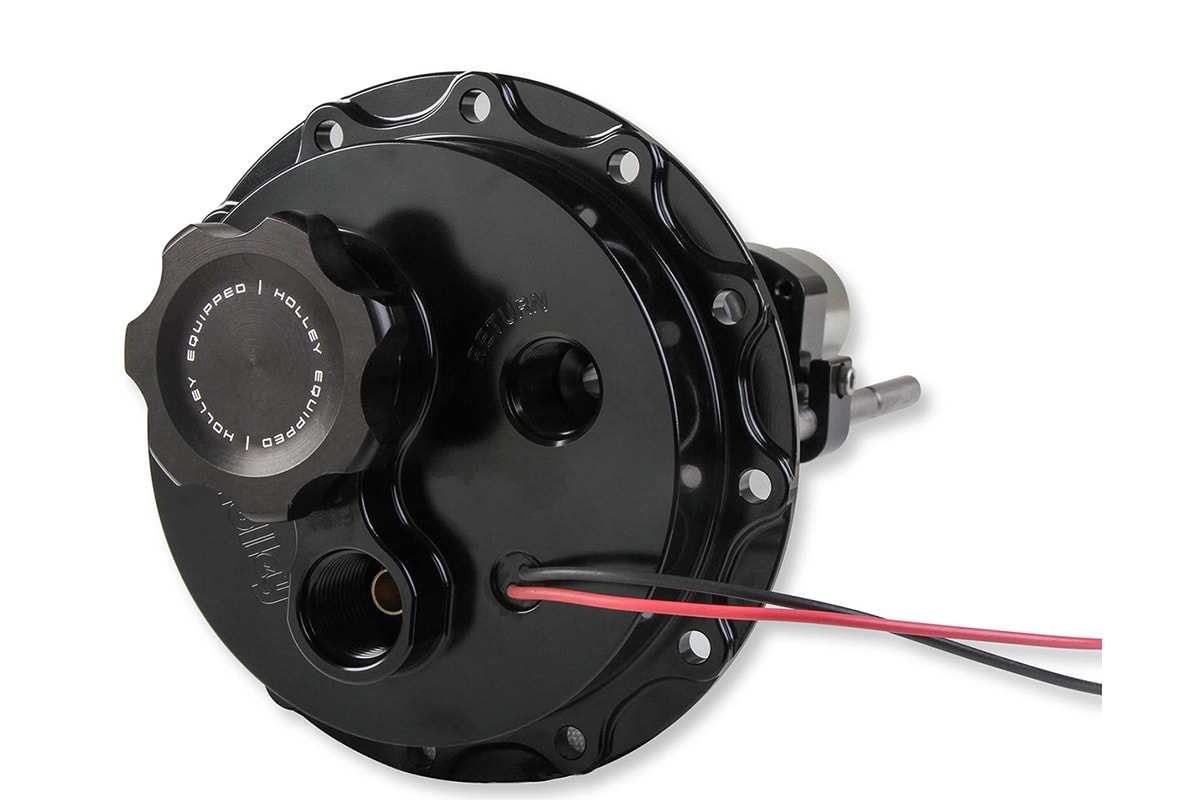 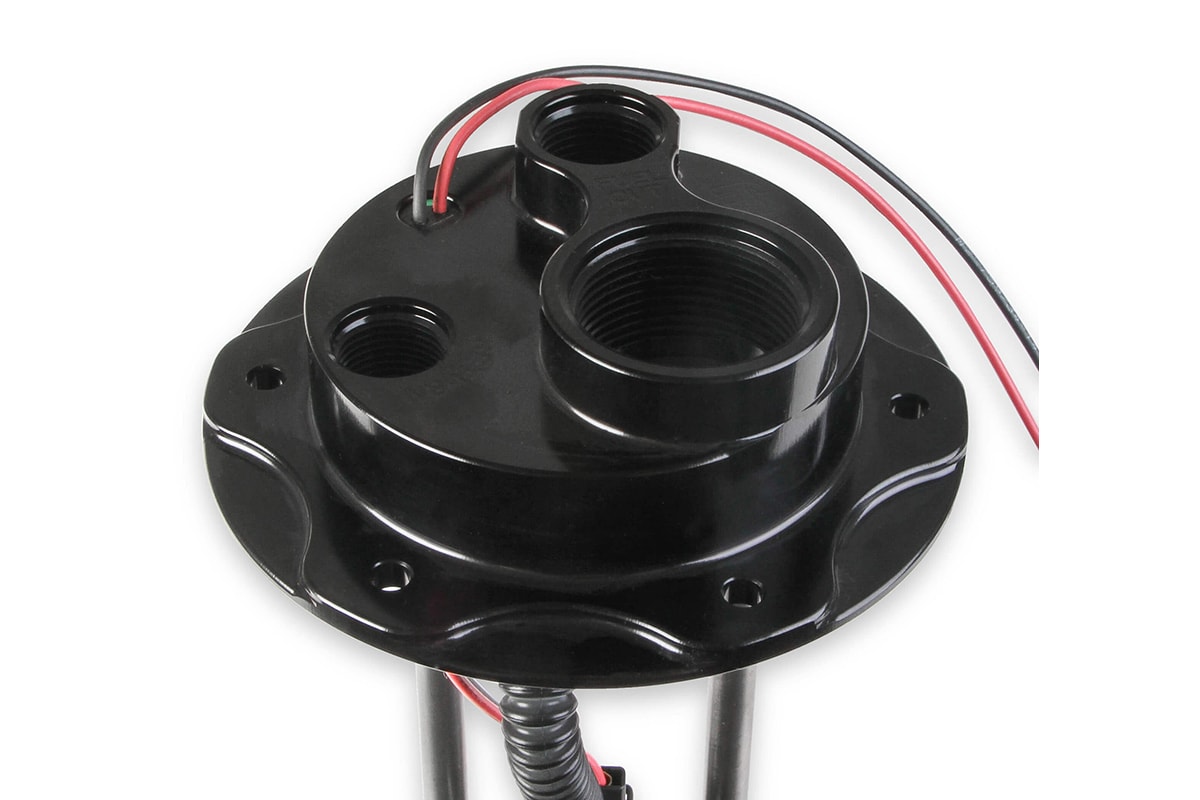 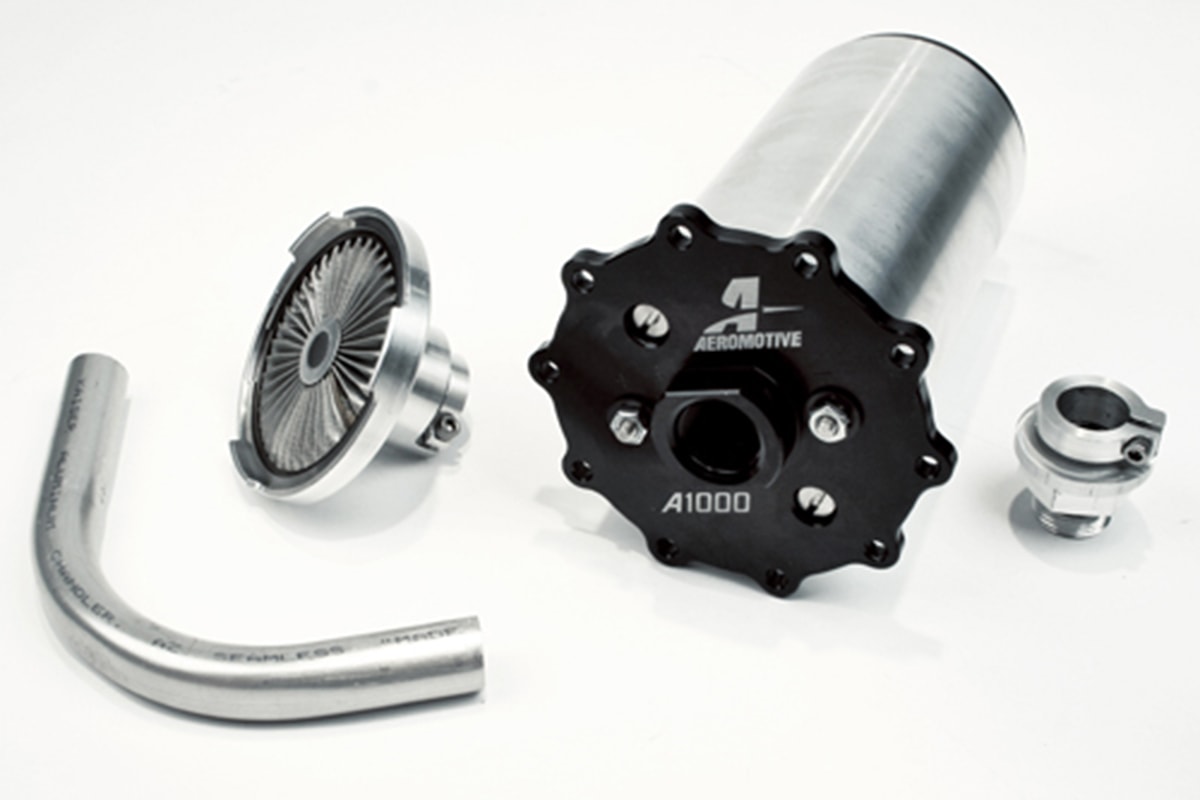 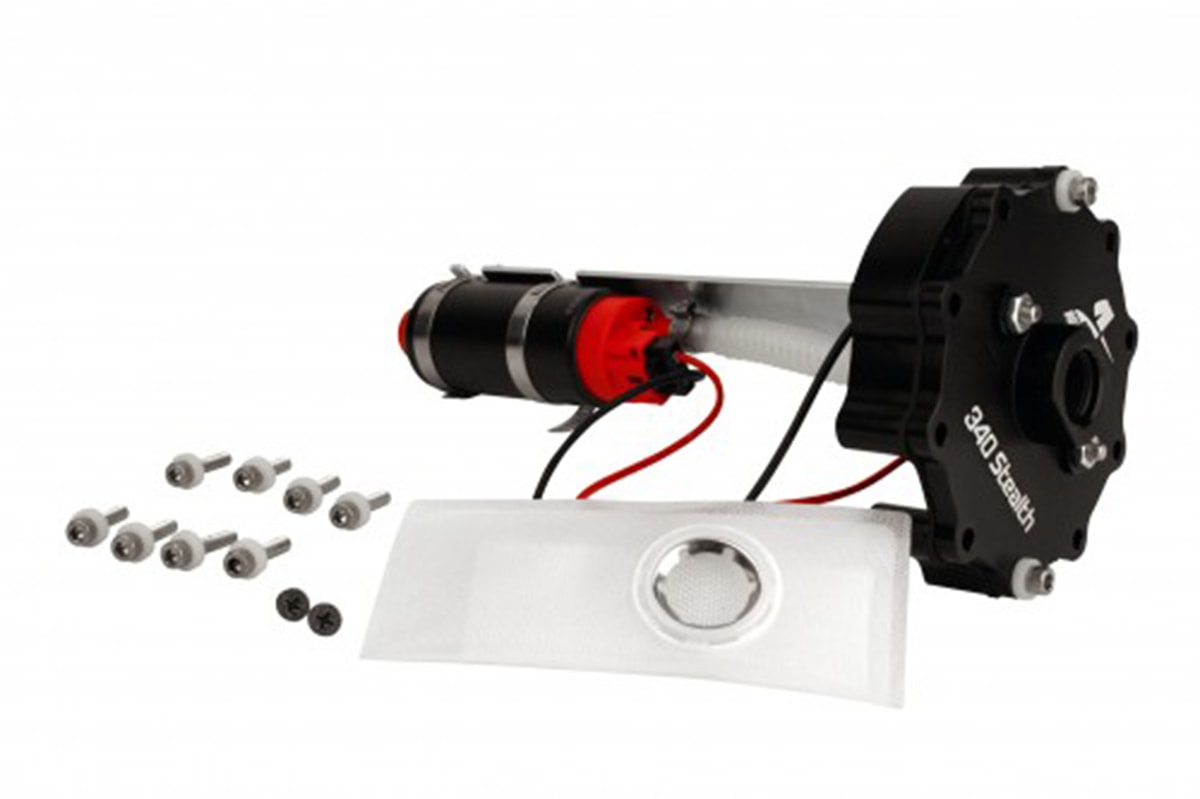 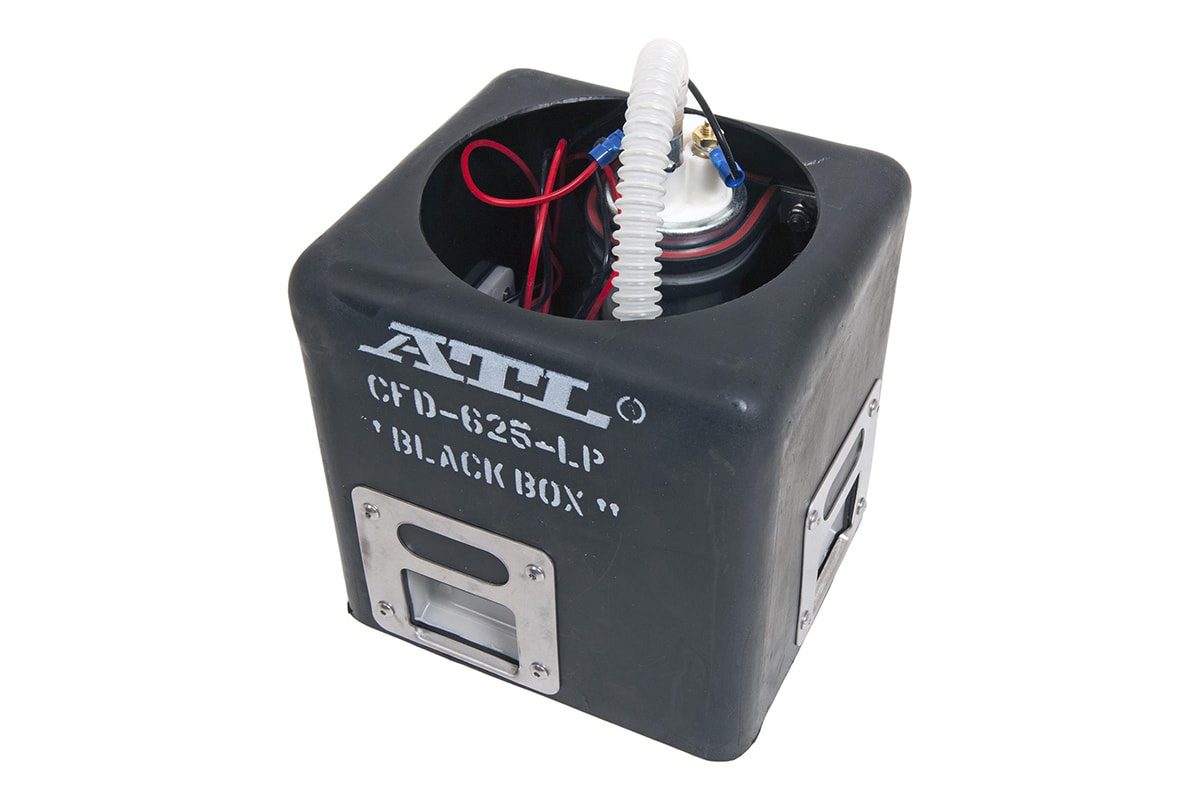 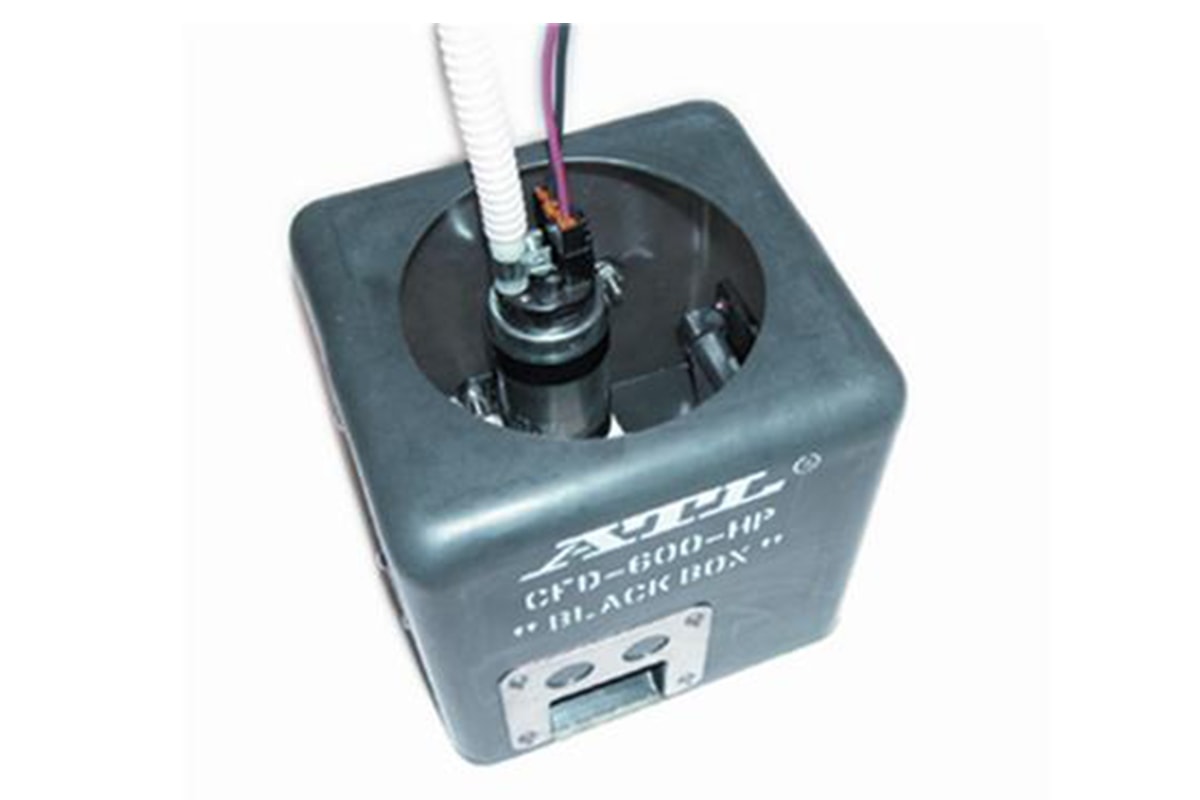 EFI systems require higher pressures than carbureted ones. This means they need special fuel pumps. If you’re running a fuel cell, you most likely have an external pump right now. Take a look at these in-tank/cell pumps! All images courtesy the associated manufacturers.

Until fairly recently, finding a competition-qualified fuel cell with a fuel pump in it, let alone one that would supply high horsepower requirements, took some doing. Finding one with a pump that would supply high power EFI systems was even rarer. This is why several companies have come out with electric fuel pumps that deliver the pressure and volume required to go fast, carbureted or EFI.
While there are a few companies (hello Aeromotive) that make race legal (SFI Spec) fuel cells with fuel pumps, most cells from major manufacturers only come with a sending unit for the fuel gauge on the dash. It was, and sometimes still is, expected that you would install an external pump - either a mechanical on the block or an electric somewhere between the engine and fuel tank/cell.
If you’re thinking of ‘upgrading’ from carburetion to fuel injection, you’re going to need a new fuel pump. Even if your engine is running two four barrel carbs and producing 1000 horses, the pump you’ve been using with your carbureted engine, even one that’s boosted, won’t begin to keep up with a fuel injection system. Carbs use a max of about ten pounds per square inch out of the pump, whereas a performance EFI will want at least 60.

Can you get an electric pump that you can mount up front or under the frame? Sure you can, but that’s not the best or safest way to go. Your current fuel cell has two hatches on the top. One of these is most likely for the sending unit. The other one has the inlet, return and vent lines. These are secured to the cell with a few screw or bolts. Simply remove the old component and install the new pump. This also makes for a cleaner, more aesthetically pleasing installation.
Another factor is the fact that with EFI you really want a pre-pump filter - but where do you put it? A fuel pump designed to go directly in the fuel cell eliminates this problem as well. The in-tank fuel pump will have the pre-pump filter as part of the pump. As long as you get the correct pump, installation is simply a matter of removing the outlet/return assembly, dropping the new pump in and running the wires.
Two factors will decide what fuel cell fuel pump you need. First and foremost is the bolt pattern on the module - is it six bolts or 12? Next, you need to know how much fuel your engine is going to want. Most fuel pump makers give you two options - 255 liters per hour and 455. 255 liters per hour with a -10AN fitting and half inch lines should supply up to 600-700 horses quite nicely, while 455 with the same lines and fittings will easily supply in the neighborhood of 1000 ponies.
Holley has been around since just after the dinosaurs moved on and they’ve been a world favorite in fuel delivery since the early part of the last century, so it goes to figure that they’ve got a line of fuel cell fuel pumps for EFI systems. They offer 255 and 450 LPH options in both six and 12-bolt patterns. These pumps all supply 80 PSI and are made with billet tops for strength and looks.
Big -10 supply means Holley’s pumps will flow what they’re rated at and support almost anything you can throw at them. The AN fittings also mean the connections are quick and easy to make and, better yet, safe.

All four of these are quick and easy to install. Simply remove the six or 12 bolts securing the existing cap to the top of your fuel cell, slap on a new gasket and bolt the new pump assembly in place. If you’re converting to EFI, you’ll need to run a return line. Connecting to the fuel system is easy with the -8AN return and -10AN outlet ports. They’ve also got easy to remove filler caps so you can refuel fast between passes.
The Aeromotive Stealth A1000 pump is designed to be completely universal and comes with the components needed to adapt it to a regular fuel tank or a 12-bolt fuel cell.

Aeromotive also has an excellent reputation. They’ve got two fuel pumps designed to go into a fuel cell and supply fuel injection systems. The first one is a universal pump called the Universal A1000 Stealth Pump. As the name implies, the A1000 can be installed in just about any fuel cell or regular gas tank.
Aeromotive’s 340 Series pump is designed as a direct drop-in replacement for the pump in their 18664 Stealth fuel cells. However, being a 12-bolt design, it will fit in any fuel cell deep enough to accommodate it.

They’ve also got the 340 Series fuel pump module. This pump will support naturally aspirated engines making up to 1000 HP and boosted engines producing up to 850. These are designed specifically to replace the pump assembly in Aeromotive 340 Series fuel cells.
The ATL Fuel Cells “Black Box” 625 is basically a stock replacement pump.

ATL Fuel Cells makes a few different fuel pumps designed to go into fuel tanks or cells. However, they’re quite a bit different from the others mentioned here in that they don’t replace the top on the cell or tank; they sit on the bottom of the tank. This makes them run quieter and cooler than those that aren’t sitting on the bottom of the tank/cell, submerged.
Two of these are good examples of the range of pumps ATL offers. The first is their CFD-625-LP pump. This baby supplies a measly 17 psi and 190 lph, enough to supply a mildly streeted car. It will struggle to keep up with the EFI system in anything producing much power. However, their CFD-600-HP is an altogether different monster. The combination of 100 psi and 485 lph means the HP can supply enough fuel for 1000+ HP naturally aspirated and around 900+ boosted.

But My Engine is Carbureted!

Yes, we’ve been talking about using these pumps in cars that are fuel injected. However, they can be used in carbureted cars as well. That said, you will still need a regulator to dial down the pressure hitting the bowl(s).
Back to Post
About Mike Aguilar 388 Articles
Mike's love of cars began in the early 1970's when his father started taking him to his Chevron service station. He's done pretty much everything in the automotive aftermarket from gas station island attendant, parts counter, mechanic, and new and used sales. Mike also has experience in the amateur ranks of many of racing's sanctioning bodies.