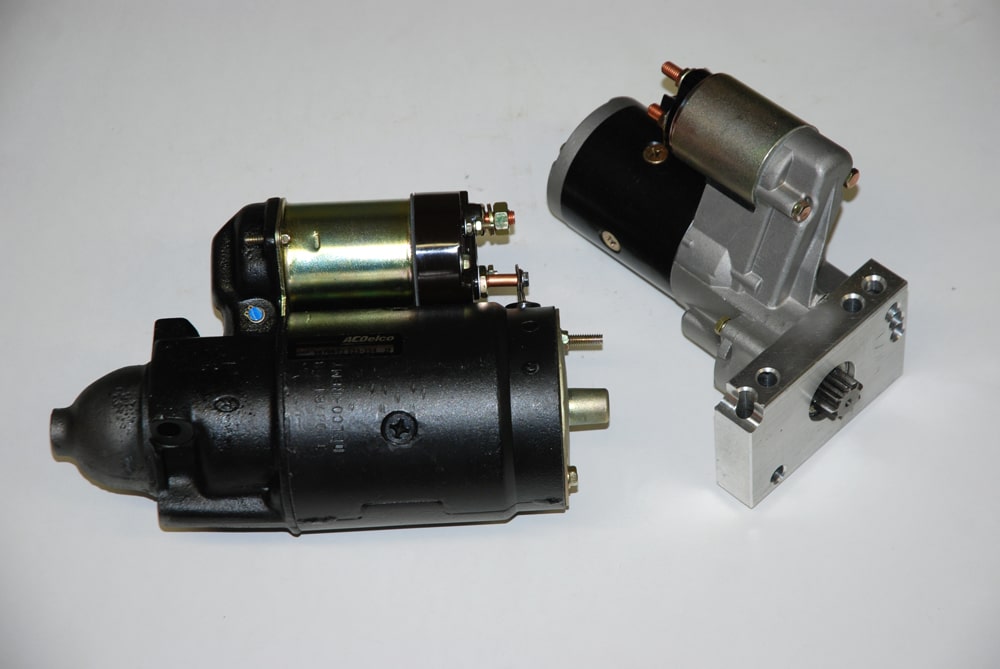 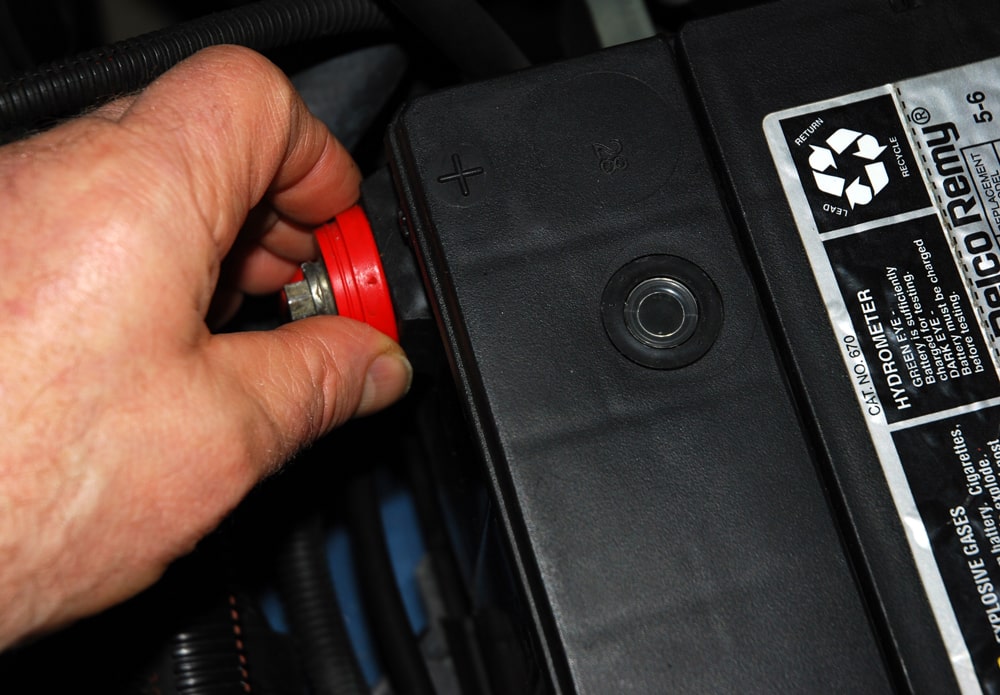 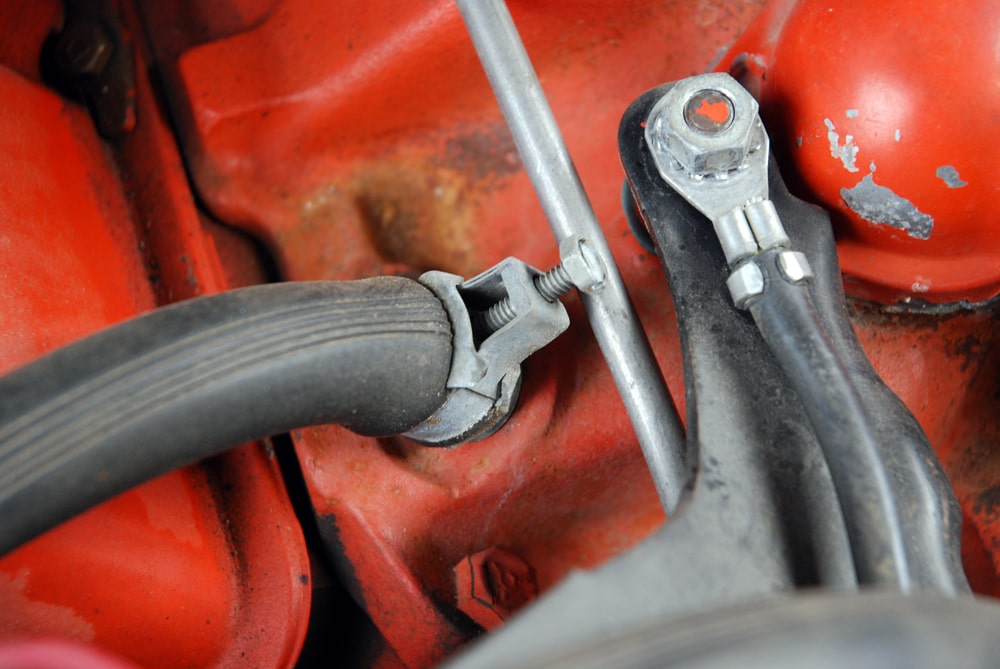 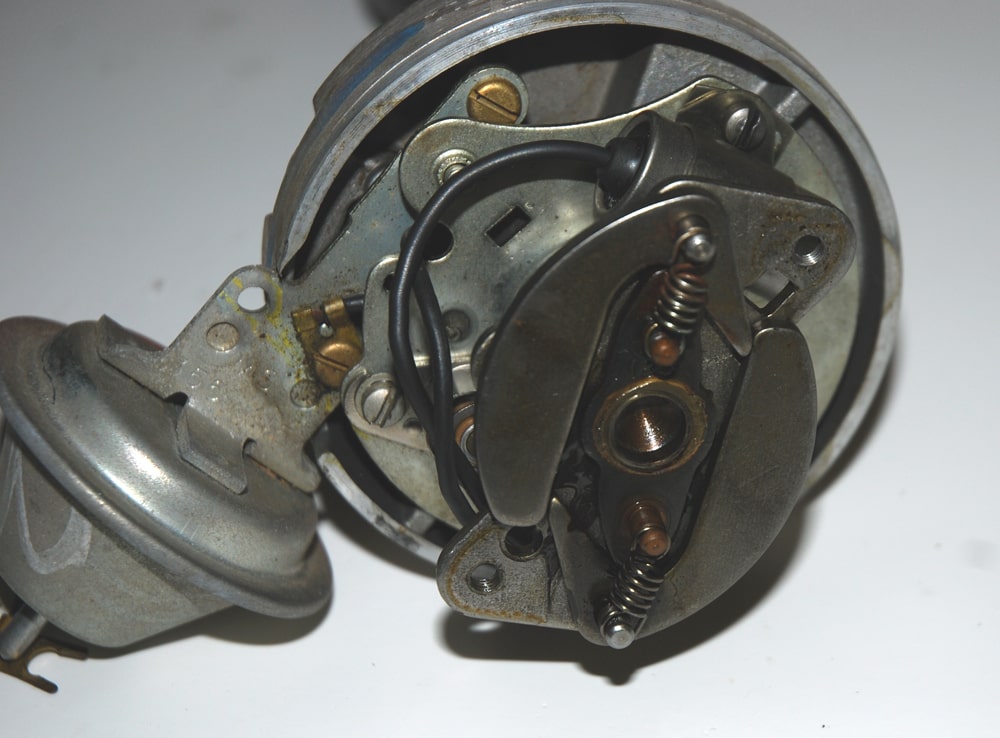 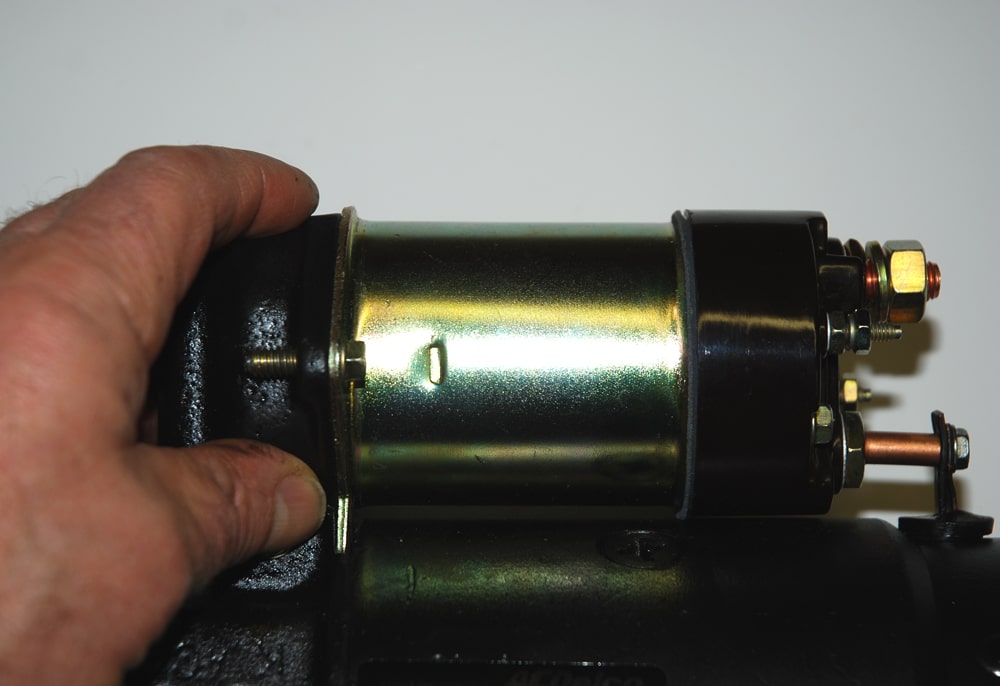 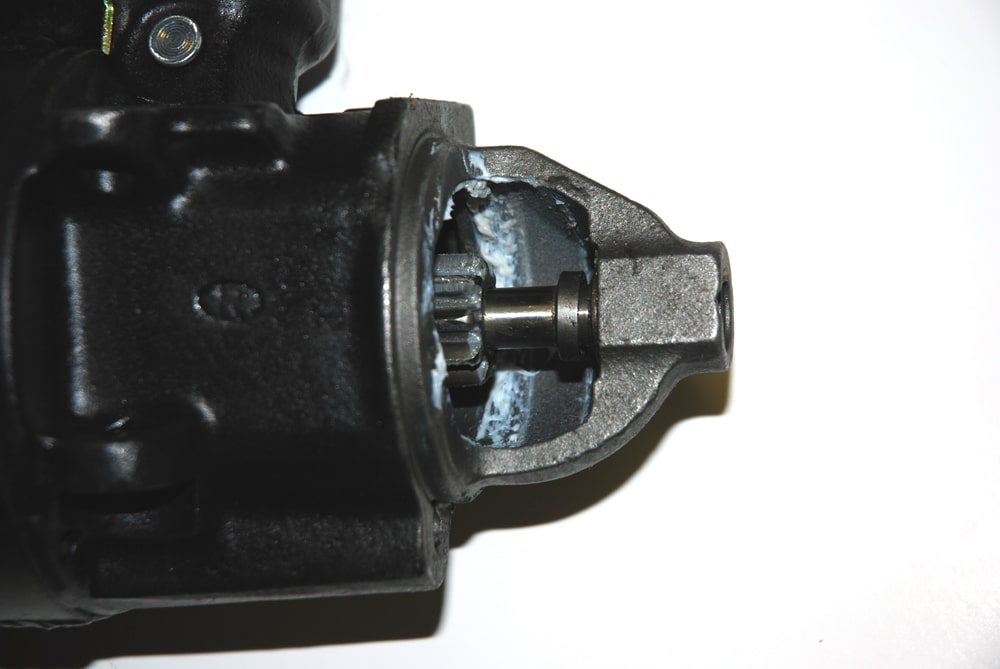 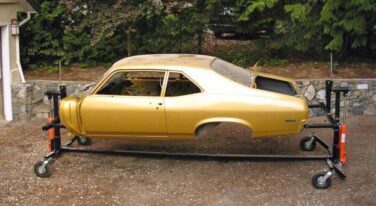 Why won't it start??? That can be an epic and epically frustrating question when re-building or modding a vehicle. Wayne Scraba has some thoughts on how to answer it.

“Click…Click…Click”. Then nothing. Absolutely Nothing! The engine refuses to turn over, let alone fire. Grief handed over by the starting system in your hot rod or restoration can prove incredibly frustrating. But before you even consider a starter problem, you should first test the battery. A battery that's a dead player (or even weak) can not only create starting troubles, it can make testing next to impossible. Something else to consider is the fact today’s sophisticated EFI systems need full battery energy to start. In the old days, a dodgy battery could occasionally be coaxed into starting a wayward engine. That doesn’t work with a modern piece. It seems like it’s all the juice or nothing.

Taking the battery out of the equation (eliminating it as a source of trouble), then turn on the headlights and try starting the engine again. If the lights go out when the ignition key is switched to "start" and the starter doesn't spin, look for a poor connection between the battery and the starter motor. Here, the biggest troublemaker is a heavily corroded battery terminal. The next biggest problem is a bad ground -- especially where the ground strap attaches to either the car chassis (body) or the engine. Sometimes the problem is just paint trapped between the ground strap and the ground. This is particularly acute with custom cars, simply because it’s not uncommon to detail an engine or chassis with a good coat of paint. And we completely forget the part about good ground connections.

If the headlights remain bright, but the starter does nothing, then there's an open circuit somewhere in the starting system. The first thing to do is to hook up a booster cable from the battery + post directly to the terminal on the starter. If the starter still doesn't spin over, then it needs work. Another component to check is the neutral safety switch. If you by-pass the switch, and the starter works, you've solved the dilemma.

Does the starter solenoid (or relay) makes clicking sounds when you flick on the ignition switch, but the car starts with a direct shot of battery power? Then the solenoid is the troublemaker (it’s an age-old trick to by-pass the solenoid by inserting a large screwdriver between the large battery cable post and one of the small switch terminals on the starter). If the starter still refuses to spin, it usually means it's time to tear it down for a rebuild. But this doesn't necessarily mean that the solenoid is healthy. Quite often, the contacts inside a solenoid can be burned. This makes it impossible for the solenoid to switch on the heavy current to the starter. The most effective fix here is to simply replace the starter solenoid.

If the starter works periodically, but with obvious grinding noises, remove the unit and carefully inspect the armature shaft where it engages the starter drive. Believe it or not, this problem is very perplexing since the starter will work fine (even off the bench) for a number of "starts", but then it will refuse to function. You might be shocked to find a fractured armature shaft (this exact problem almost drove us to the loony bin many years ago – it seemed like the starter was possessed). Most often though, the cause is poor engagement with the ring gear.

And finally (we're leaving the worst for the last here), if your car refuses to turn over, even if the starter is making a bunch of noise, you could have a "hydraulic condition" inside the engine. Due to the fact liquids (coolant, oil or gasoline) cannot be compressed, they don't allow the pistons (one or more) to go through their complete stroke. The cause could be a leaking head gasket, a stuck float or even a broken block. Remove all of the spark plugs and try spinning the engine over. If it turns over freely, you'll soon be met by one (or more) of the above fluids. You’ll immediately know what’s causing the grief!

For more, take a look at the accompanying photos:

Click Here to Begin Slideshow
Battery Terminal corrosion can often lead to starting issues. Once the actual condition of the battery is determined, then look for corrosion related issues next. It’s an easy fix too. Just clean the corrosion.
Another (similar) potential point of trouble is the battery ground connection. It should be clean and free of paint on the bottom side. You might be surprised how many cars are plagued with this problem.
On vintage cars with distributors, a stuck mechanical advance mechanism can cause slow starting. Here the starter has to overcome a large amount of initial advance (caused by stuck weights). The solution is simple: Free up the weights.
In some cases, the contacts inside a solenoid can be burned. This makes it impossible for the solenoid to switch on the heavy current to the starter. As pointed out in the text, the most effective repair in this case is to simply replace the starter solenoid.
An intermittent problem that we were once plagued with was a fractured starter armature. The shape of the break was such that it would occasionally start the engine. But in other instances, the starter would not (and could not) engage the ring gear. We eventually discovered it by disassembling the starter.
Back to Post