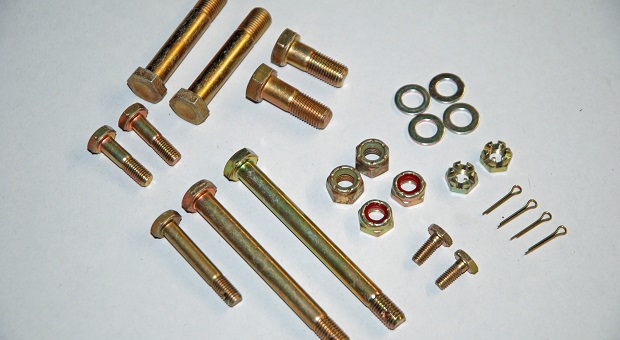 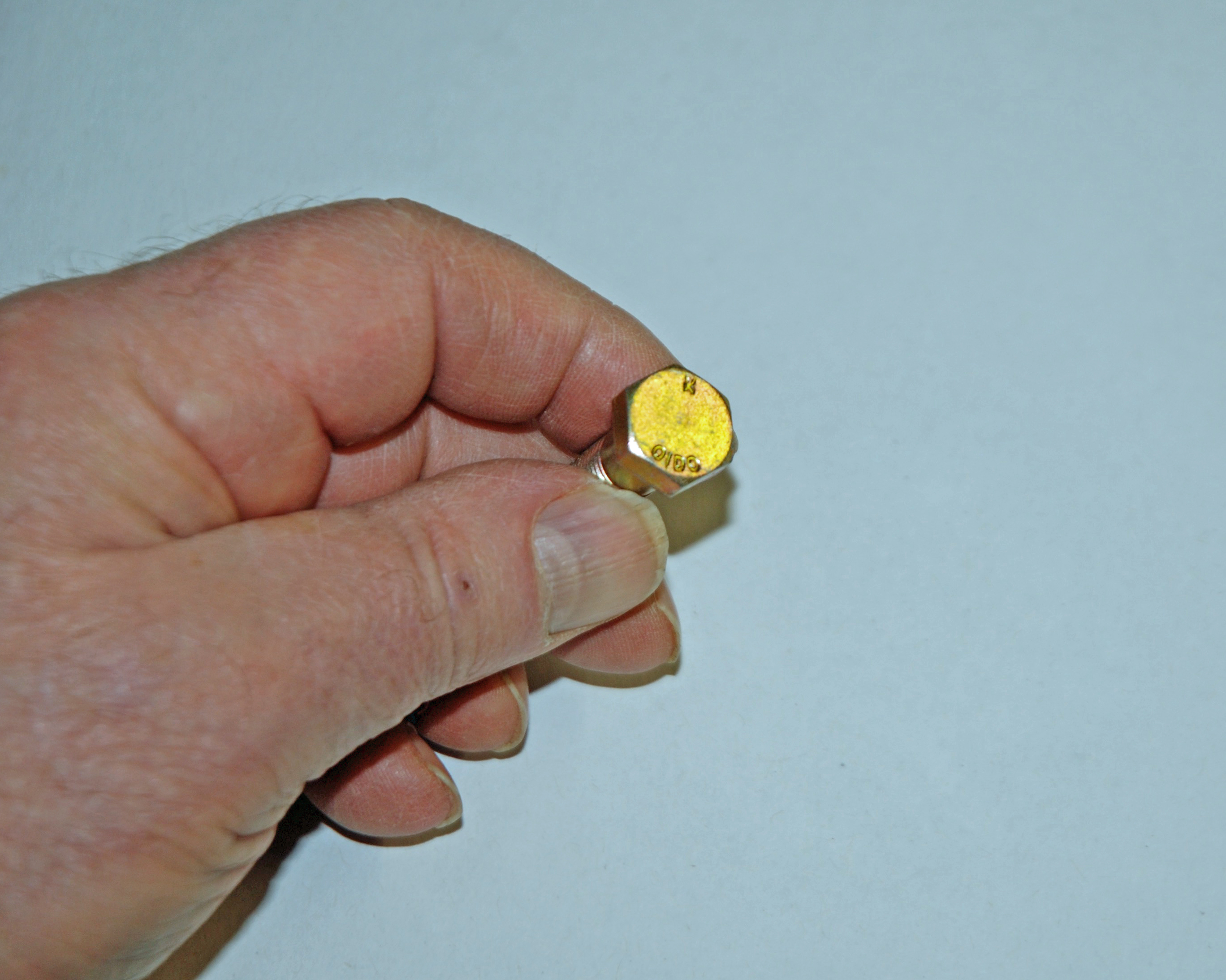 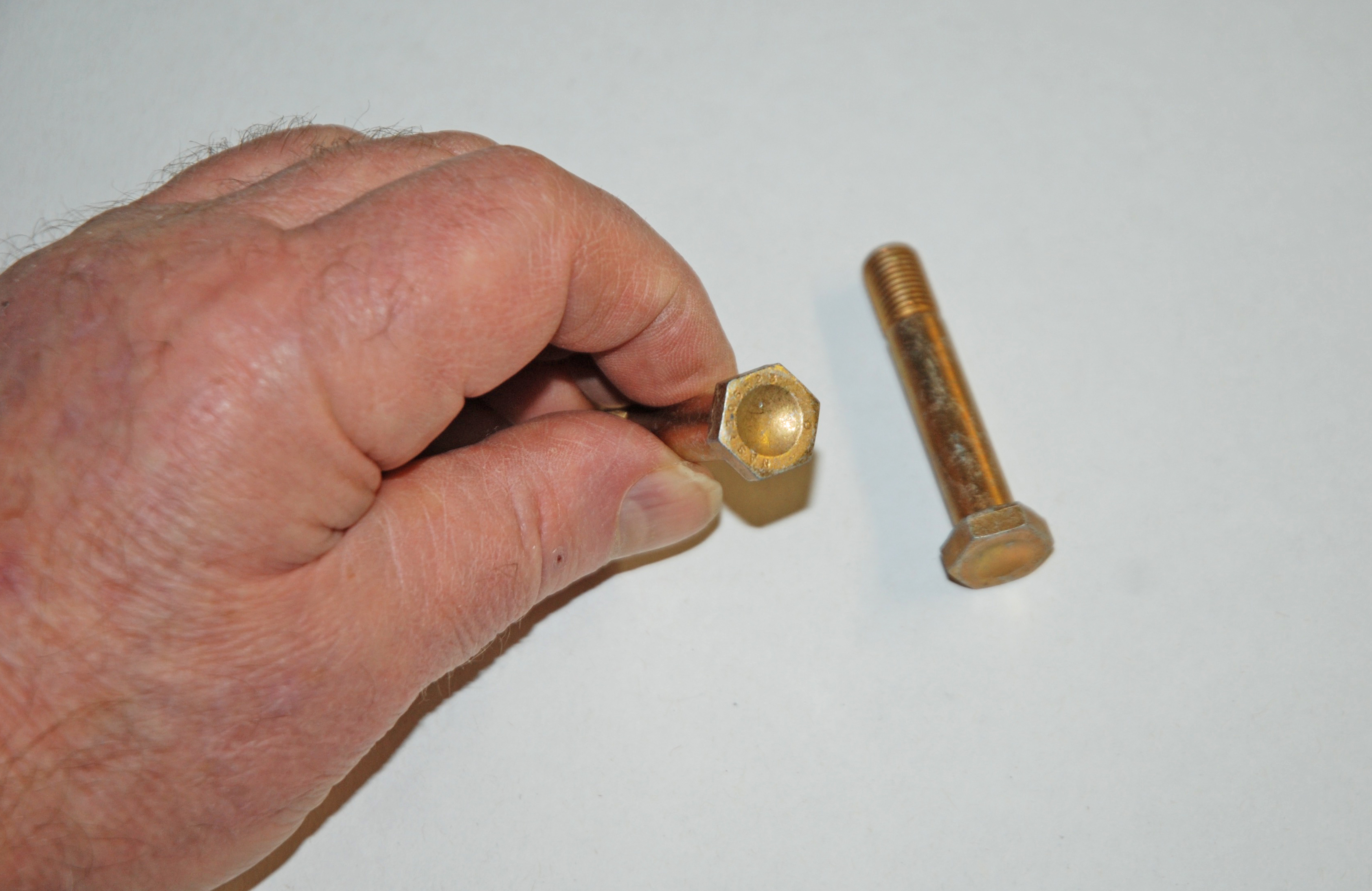 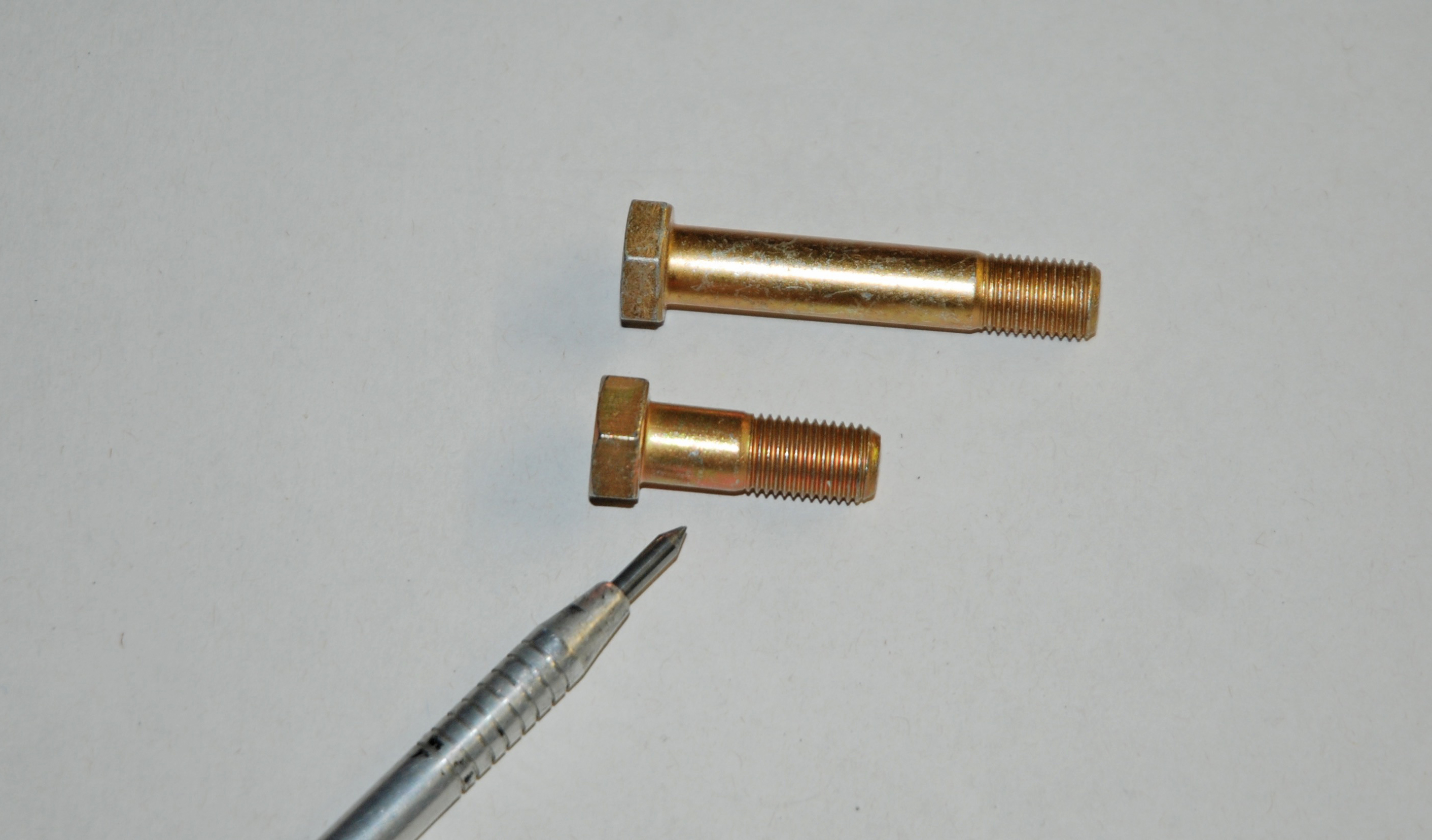 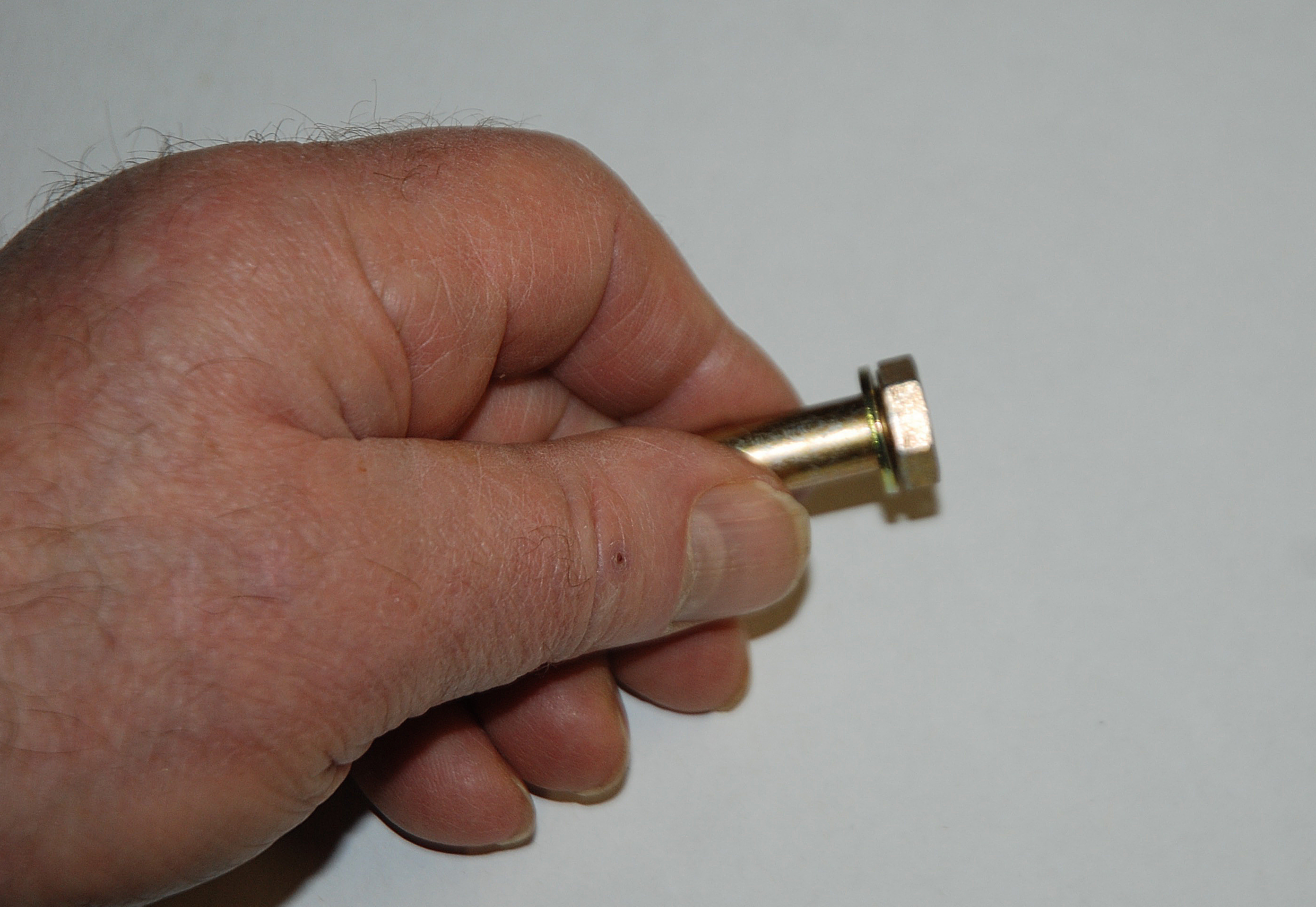 There’s one simple truth of car construction: Your vehicle of choice is fastened together with a large number of nuts, bolts and washers. Sure, some of them are used on non-critical components, but in a lot of instances the hardware is downright crucial. That should be a no-brainer to most, but troublingly, you sometimes see fasteners selected for their looks rather than their capability. The reality is, if you’re looking for fasteners that work (and work very well, especially in sizes 7/16-inch and smaller), look no further than the aircraft industry

What makes the hardware used in airplanes so special? Furthermore, isn’t the sizing complex? Certainly at first glance it can appear complicated, but we’ll sort through it down the page. Of course, depending upon the airplane, there are a huge number of different pieces used during construction and maintenance. But all types of aircraft, from a simple Piper Cub to an F18, have one thing in common: No sign of low-grade hardware found in the bins of your local hardware store. All of the nuts, bolts, washers and cotter pins are aircraft specific. The reality is, for most custom-built cars (street rods to race cars) hardware store pieces aren’t really appropriate either. There’s a big reason for this: When you research a common hardware store bolt you’ll find these steel bolts are manufactured from low carbon steel that has a low tensile strength, typically in the neighborhood of 50,000 to 60,000 PSI. A bolt with these characteristics bends easily and offers little or no corrosion protection. A similarly sized aircraft grade bolt is made from corrosion resistant steel and is heat treated to a strength that can exceed 125,000 PSI.

The next issue is to figure out what’s what when it comes to aircraft bolts. Think about the hoses and hose ends many of you already have in your cars. Each hose has an AN number. For example, a hose or hose end might be a -6 in terms of size. The sizing came from the US Military, and this numbering system applies to nuts and bolts as well as hoses. Before the Second World War, a universal military standard was developed so that it would be easy to identify and categorize things like hoses, hose ends, fittings and hardware. This standard became "Army-Navy" or “AN.” These standards evolved into MS or "Military Standard" and NAS or "National Aerospace Standards," thus the well-used terms "AN," "MS" and "NAS." Together, the military based standards provide a universally accepted method of identification and standard specifications for components such as hoses or hardware.

In this system, all of the items are identified by way of a specification number and a series of letters and dashes identifying the size of the fastener, the type of material used and so on. Keep in mind there can be any number of aircraft hardware items that have both an AN number and an MS number. These numbers are used interchangeably to identify the exact same pieces. A cross reference exists which is used to compare these two numbers.

Typical bolts used in an airframe (the chassis of an airplane) range from AN3 through AN20. Each fastener has a hexagon shaped head (although there are NAS fasteners with 12 point heads) along with a shank that fits into a given hole diameter. The unthreaded portion of the bolt is called the "grip," while the shank is threaded on the end. The diameter of a bolt is the grip width measurement. The shank of a bolt can either be drilled to accept a cotter key or it can be un-drilled. It is also possible to purchase an AN bolt that has a drilled head. This allows the bolt head to accept a piece of safety wire. The specific size, material and other specifics of an aircraft bolt are identified by the AN number. Below is a chart that details how a common AN number for a bolt is broken down:

Translated, the sample is a 6/16-inch, or a 3/8-inch diameter AN bolt 1 and 2/8-inches, or 1-1/4-inches long measured from just under the head to the tip of the shank (and while we’re at it, note the relationship between hoses and bolts – a -6 hose is approximately 3/8-inch as well). Note that the actual bolt length can vary by +1/32nd inch to -1/64th inch. The bolt has an un-drilled shank, which means it is not configured to accept a cotter key. If the letter "C" follows the A-N designation ("ANC"), then the fastener is manufactured from stainless steel. If the letter "H" followed the AN ("ANH"), then the head of the bolt (not the shank) is drilled to accept a safety wire.

More info in the photos. Next issue, we’ll dig deeper into AN Hardware, then wrap it up with a final piece. Watch for it.
The head markings on aircraft bolts can vary according to the manufacturer, but there are some similarities. You’ll often find an "X" or an asterisk along with a name.
NAS bolts have a higher tensile strength and can be identified by a head that is "cupped."
The overall length of a bolt is important. There shouldn’t be more than 1-thread inside a given bolt hole.
The grip length should be equal to the thickness of the material being held by the bolt, or slightly longer. A washer can be added under the head if the bolt is slightly too long.
Back to Post