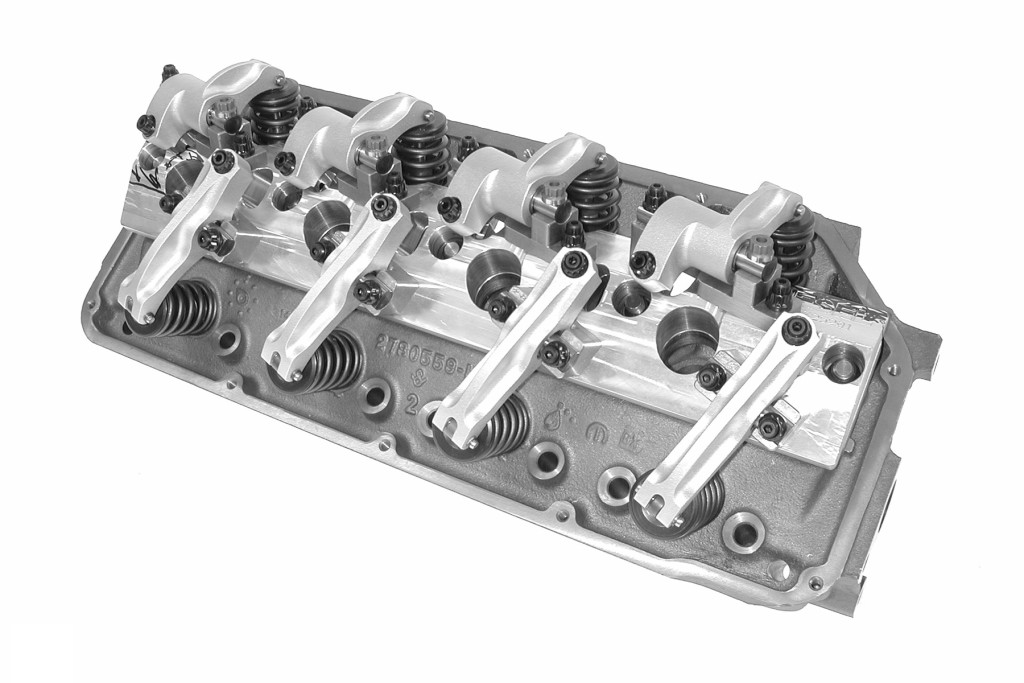 In the last issue, we looked at how the use of a SpinTron has pushed the evolution of the rocker arm along with the complete valve train.  It’s a machine that can systematically trace valve train movement at speed.  We also examined how rocker arms have grown lighter, but in many cases, stronger and stiffer.  When it’s all added up, it means the speed of the pushrod engine can be increased, sometimes dramatically. It also means the RPM level can be bumped reliably. That’s one big reason why we’re now seeing endurance engines operating at speed levels that were once reserved for drag race combinations.  But there’s more to the equation:

Another area where modern research has proven valuable is the “Mass Moment of Inertia”.  What’s that? The folks at T&D Machine Products offer this insight:

As pointed out earlier, rocker manufacturers (such as Jesel and T&D) catalog a number of different “lightweight” options for most of their rocker arms.  To recap, in order to shed weight, the rockers have additional machining in specific locations (where strength is not affected).  Then the rocker arms are tested to ensure that the removed weight has not had an adverse effect upon durability. The folks from T&D Machine point out that “light weighting” a rocker arm “provides approximately 6% reaction in weight and 2 – 2.5% reduction in mass moment of inertia when compared to a conventional rocker.”

Fair enough, but how does the reduction of mass on the rocker work in the real world? T&D Machine Products calculated the mass moment of inertia for a trio of common rocker arm combinations they offer.  The MMI calculations works out like this:

When the rocker arm has been strategically lightened, the Mass Moment of Inertia also changes.  Much of this change of this change is experienced at the nose.   Needless to say, one cannot lighten a rocker to the point where reliability is reduced, but when put on a careful diet; it means the RPM range can be increased.  But there’s also another benefit:  Valve spring life has a tendency to improve.  According to T&D:  “the spring is “less concerned” about the weight of the rocker, and “more focused” upon the weight of the valve.”

Another benefit of a lower rocker arm MMI is the fact they allow the engine builder to spec out a more aggressive camshaft profile – something with more area under the lift curve (what many racers refer to as a “square nose” cam), but at the same time, still have the capability to control the valve spring.  Keep in mind that the lightened rocker arm with the lower MMI figure must still be very stiff.  The end result is often more power, plain and simple.

That increase in overall valve train reliability is something we’ll look at in the next issue.  Something else we’ll address is the wide range of rocker arm ratios that are available today.  Watch for it.