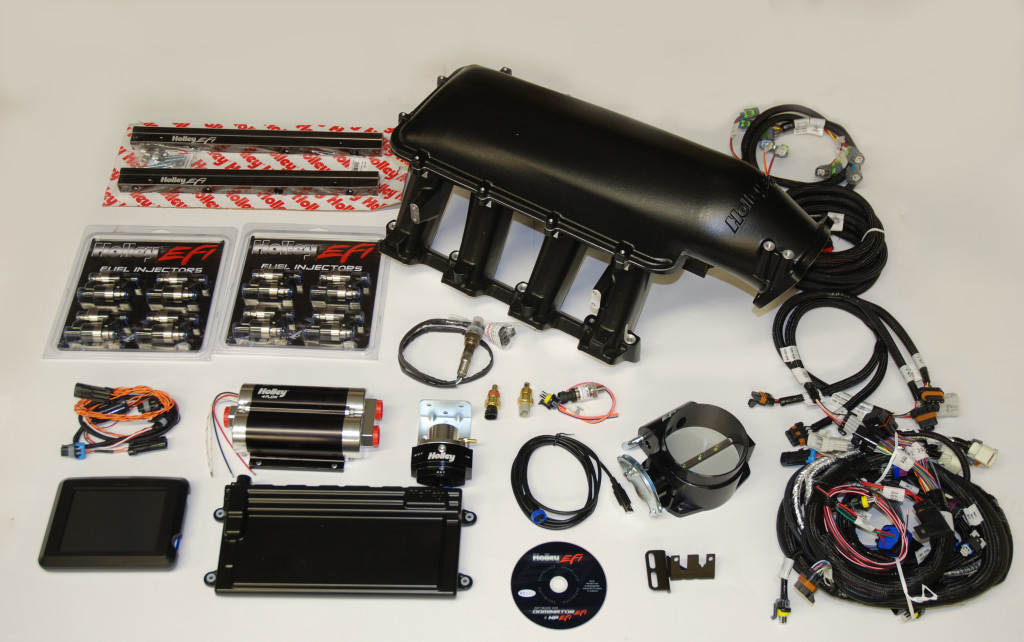 Over the past three issues (Part I, Part II, Part III), we’ve examined the hardware used for the installation of a complete EFI setup on a Chevy LS motor (in our case, a LS3).  That hardware included the intake, throttle body, and wiring harnesses.  This time around, we’ll look at various sensors offered by the folks from Holley and we’ll also look at injectors, fuel rails, and a fuel pressure regulator.

Starting from the top: Holley can provide several different types of oxygen sensors (02) models.  These sensors constantly check and manage the air-fuel ratio of the engine.  They’re available in Bosch LSU4 and NTK wideband configurations.  The NTK WB02 Sensor (Holley Part Number 554-100) shown in the accompanying photos is slightly more accurate than others, and is engineered to withstand high exhaust heat (for example, temperatures found in forced induction applications).  It’s also compatible with methanol and race fuels.  Both sensors from Holley (Bosch WB02 and the NTK job) are the same length (cable is 25 inches, not including the connector or the sensor body).

Next up is the pressure transducer.  Sounds complex, but what it does is to measure pressure in the fuel system.  The transducer then turns that measurement into voltage that the management system can understand.  Holley points out that each sensor has a linear voltage output range of .5 – 4.5 volts.  A pigtail is included with the sensor.  The pin out for all of the sensors is as follows:

For Holley’s Dominator, HP and Avenger ECU’s, the sensors are plug and play arrangements.  Holley also points out that during installation, it’s best to use a small amount of Teflon thread sealer on the threads and be sure not to over-tighten the sensor.

To match their Hi-Ram intakes, Holley manufactures a set of black anodized billet fuel rails (note that these rails can also be used in other applications).  They’re high quality components, machined for –8AN O-ring inlet ports.  The rails are built with passages sufficiently large enough to accommodate high fuel flows and at the same time, dampen pressure pulsations in the fuel system. The rail set shown in the accompanying photos is Holley part number 534-203.

For injectors, you really need to size them for your particular application.  The injector pack shown in the photos is a set high impedance jobs with a 42-lb./hr.-flow rating (at 43 PSI).  Holley figures they’re good for 670 horsepower.  The Holley chart that follows shows the flow as well as the injector off time data:

With an EFI system, you’ll need some form of fuel pressure regulator to control the flow of fuel from the pump.  Holley’s Dominator Billet EFI By-Pass job (part number 12-848) is right for high performance street and race applications.  This is a two-port regulator that is adjustable form 40 to 70 PSI.  The regulator is manufactured from 6061-T6 billet aluminum for strength and durability. They feature a black bright dip anodized body and a clear bright dip anodized top for corrosion resistance and good looks. The Holley 12-848 fuel pressure regulator features one -10 AN O-ring inlet port, one -10 AN O-ring outlet port and one -8 AN O-ring return port.

As you can see, the hardware from Holley is well sorted and well integrated.  The idea from the beginning was to make their respective systems user friendly and easy for the racer and enthusiast to understand and install.  For a closer look at the bits covered here, check out the accompanying photos. 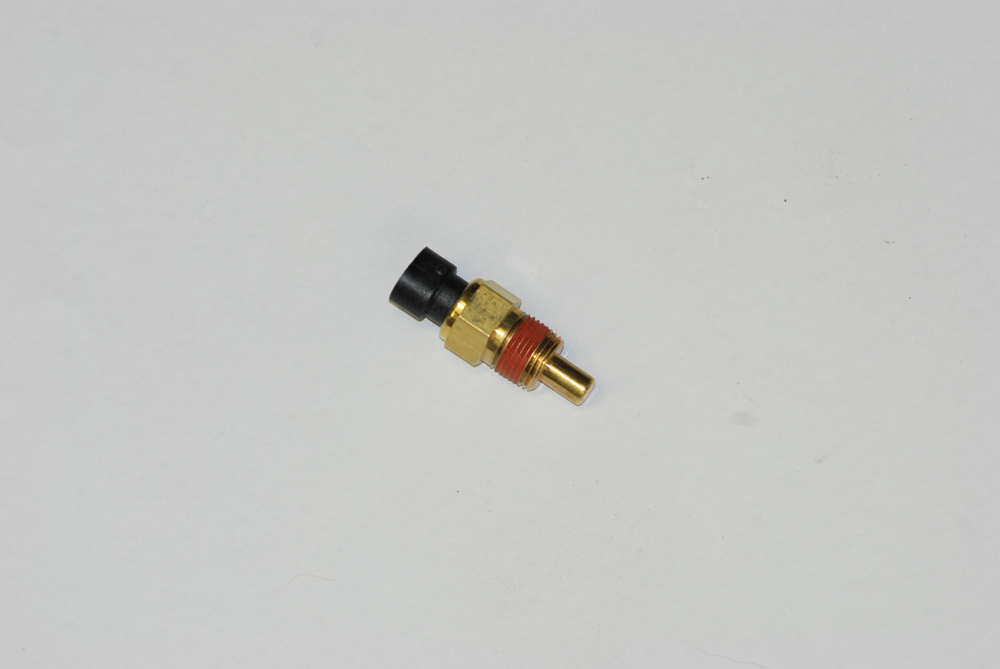