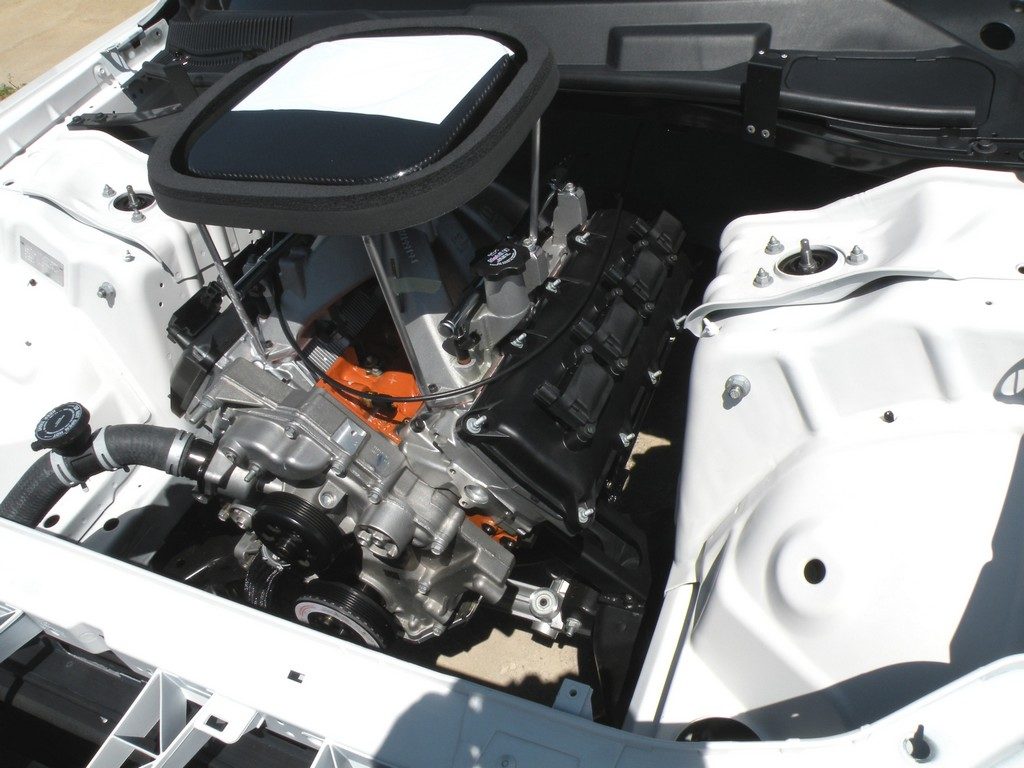 Over the last couple of issues, we’ve discussed how to figure out where a given car “fits” into Stock Eliminator. In the second and third segments, we began our investigation into what makes a Stocker tick from a chassis perspective. For cars so stock-appearing, many of them are super quick. Here’s the rest of the story:

Engine: The engine in a Stocker is very important, but in most cases, these engines are actually “stocker” than you might think. The real key is cylinder head airflow. The more airflow you have, the more power you make. Of course, one has to remember that Stock Eliminator cylinder heads are restricted in that they cannot be ported. Some racers get away with “acid” porting (where the heads are actually ported to the maximum allowable runner volume, then the grinder marks are “erased” with an acid concoction), but it’s certainly not legal. Unfortunately, this practice is hard to police, and as a result, some extremely quick cars are running with what amounts to ported cylinder heads.

On the flip side, some cars make big horsepower with entirely legal cylinder heads. In these cases, the racers have a combination that flat flows out of the box. A good example is a late model LS engine. The aluminum heads on these engines are as good as many over-the-counter aftermarket heads in stock form. Also keep in mind that today, many aftermarket replacement style heads are legal on a Stocker. Please refer to the initial article in this series for more info.

The short block in a Stocker is nothing more than well prepped stock hardware (replacement, OEM style pistons, low tension rings and other mildly reworked pieces are legal). Careful assembly, attention to detail and keeping the Rules in mind can make a difference.

If there is any exotica in a Stocker short block, it’s the cam choice. NHRA mandates stock, production lift figures, but duration numbers are unlimited. This means camshafts can have very radical lobe configurations (sometimes called “square nose” profiles) which smack the lifter with authority, hold the valve open for a considerable length of time and then hammer the valve closed (to a point). Obviously, this makes more power, but it also limits valve train life to some degree. This is why Stock Eliminator racers are constantly tending to things like rocker arms and rocker shafts (which, today, can be upgraded to replacement roller rocker formats). In addition, if the car came with a flat tappet hydraulic cam, that’s the design it must maintain.

So where does the power come from? It’s a combination of good air flow, the right cam choice, accurate machining and careful assembly. Choice of components is also imperative. As an example, most engines can benefit from less oil pressure instead of more when it comes to power production. Because of this, many Stockers use a low pressure pump. Pressure is maintained by way of exacting clearances. Another example of low tech is the use of the lightest stock crank and rods you can get away with. If a racer can legally reduce the weight of the reciprocating assembly, power will increase. In some cases, this means using pieces which traditionally are thought of as undesirable. A cast crank can often prove lighter than a forging. Because of this, many Stockers use very pedestrian short block hardware. Keep in mind this weight reduction practice has it limits. You can only use the light stuff if the sanctioning body approves it.

Even if you’re not into Stock Eliminator, you can learn from this engine thinking: Don’t take inexpensive, “less desirable” engine hardware for granted. Some pieces, such as production line cast cranks, OEM connecting rods and two bolt main cylinder blocks, might not be the burden you thought they were. In fact, some bracket cars can easily run quicker and faster without all of the “trick” engine hardware.

Transmission & Converter: The vast majority of Stockers, just like the vast majority of bracket cars, have automatic transmissions. That means foot brake bracket racers might learn something from their stocker cousins. Stockers have to leave off the foot brake. This means trans brakes are out. But it doesn’t mean transmissions are basic. When it comes to automatics, light is right (again). The less internal weight a transmission has, the quicker it will go. That’s why so many Stockers carry itsy-bitsy Metric Turbo 200 transmissions in place of much stouter hardware such as a Turbo 400. Low drag and less internal weight translate into quicker elapsed times. But there’s more: Many Stock racers play with gear ratios. Some cars work best with more first gear than stock. Many others work best with less first gear ratio. It all depends upon the torque curve of the engine and the weight of the car.

The same applies to the torque converter. In many cases, a Stock class racer will not select a torque converter until the engine has been on the dyno. This way, the converter choice is narrowed. Don’t be too shocked to find that many Stockers use extremely loose converters. A 5,000 RPM flash speed for a Stocker converter isn’t out of the question.

Finally, you’ll discover most Stock Eliminator racers will literally flog transmissions and converters at the track. If any piece is changed frequently, this is it. Why? Simple: Some cars respond to different gear ratios and converter flash speeds at different tracks and under different weather conditions. If finding a tenth or two under lousy conditions means eating ATF, it’s no big deal for these racers.

There are tons of other details found in a Stocker that you can copy. Obviously, we don’t have the room to list them all. But in your own best interests, it just might be a good idea to get dialed into what these racers do and what they don’t do. In essence, they’ve broken down their cars into fractional systems, and often regard the racetrack as 15,840 inches rather than 1,320 feet. With this thinking, drag racing now becomes a game of inches and microscopic mechanical subassemblies. The better you race in one inch increments, and the more attention you pay to seemingly insignificant details, the quicker the car will be.

That’s a philosophy any racer can copy with great success.