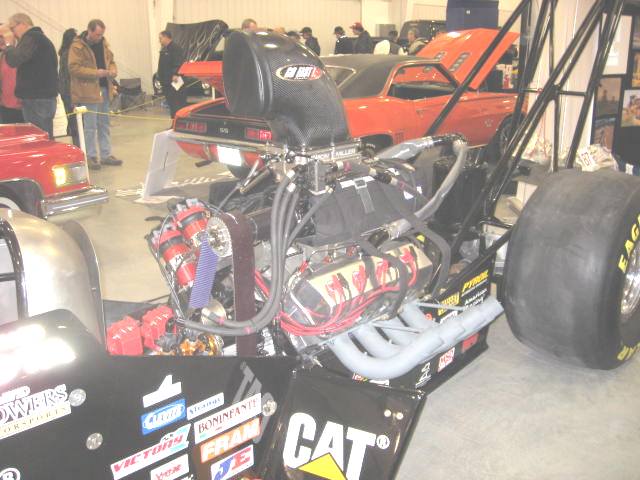 Who doesn’t want the optimal amount of power from an engine? Certainly every drag racer, performance enthusiast and hot rod builder, right? But how can you make sure that you’re engine is tuned to give you maximum power?  Whether you’re looking to perform the final tuning to squeeze out every last pony and foot-pound out of that new LS crate engine and transmission, or are in the early planning and budget stage of a new build, knowing how to tune your vehicle to maximize power and performance is key to making a happy hot rodder (and drag racer and general car enthusiast).   So while there’s no one answer to fit every situation, there are a few things you can do to tune up the power!

Allowing your engine to breathe better is the first step in properly tuning an engine for performance, whether you’re looking to turn a faster quarter mile or go faster on a circle track. This means improving the flow of air and fuel through the intake and into the combustion chambers. What many people forget is that it also means enhancing the flow of exhaust gases out of the combustion chamber and through the exhaust system. Let’s take a look at some of the things you could do to accomplish this without spending thousands of dollars (although you could just with the tips I’ll give.).

Before the air can enter the intake manifold it has to go through the air cleaner. If you’re working on an older carbureted car, you’re lucky. If you’ve got a car that’s got a newer fuel injection system, this part is going to be a little more difficult.

The hood of your car presents an obstacle to the air going into the engine. With a carbureted car, a hood scoop allows the incoming air charge unfettered access to the carburetor. It also gets the intake air from outside the engine compartment where it’s colder and denser. A hood scoop, with the right tools, is pretty fast and easy to install.

Hood scoops come in a variety of shapes and sizes. Which one you pick will depend on a few factors, the main one being if the car will be driven on public roads. Check your state and local vehicle codes before buying. Also, make sure you specify that you want a functioning hood scoop, since some are just for dress. I also recommend replacing the stock air cleaner housing and purchase an open one with a taller main filter as well as replacing the solid cover with an air filter cover similar to the K&N XStream.

Fuel injected engines present a little more of a challenge. The air box housing the air filter in most stock setups is poorly designed from an air efficiency standpoint. They also draw in air from the engine compartment, which is hotter and less oxygen-rich. A cold air intake system replaces the stock components and moves the location of the air inlet and eliminates the air box, making for better air flow into the intake manifold.

Your engine’s stock intake manifold is designed to work efficiently throughout the RPM range of the engine. Many people that I’ve seen have mistakenly bought the performance intake manifold designed to make the car go as fast as possible. This is known as “top end tuning.” This is great if you’re driving road course or circle track where you want to go fast over longer distances. We’re tuning our engine to get up to the highest speed as possible as quickly as possible. As drag racers, we’re looking to build up our low end power. We need to rocket through a much shorter distance, we don’t have time to worry about top speed at max RPM in the highest gear.

When upgrading our intake manifold, we’re looking for a dual plane design to enhance that low end output. We will also happily see gains in mid-range horsepower and torque as well. You guys starting out today are better off than older guys like me because you have more choices than we did. I’ve been using predominantly Weiand intake manifolds for the last 30-plus years when I build performance engines, but take a look at what’s out there and, while keeping in mind the target RPM range of about 1500-4000+, choose the one that suits your tastes.

Get Rid of the Stock Exhaust Manifolds

Stock exhaust manifolds are also not designed to enhance performance as fuel economy. They create too much resistance to the flow of exhaust gases out of the combustion chambers and into the exhaust system. They’ve got to go. We need headers. Peruse the available products, again keeping in mind that we’re looking to create more power in the lower RPM range. From here, what we do will again depend on whether the car will be driven on city streets.

If not, after the headers, just attach enough pipe to get the ends past the front tires and then to the rocker panels on the side of the car. If the car will be driven around town, we have to comply with noise ordinances so we have to take a few more steps. First off, we need to attach a y-pipe to the collectors on the headers. This allows us to bypass the exhaust pipes and mufflers at the track while complying with local and state noise abatement laws.

If the car is going to be driven on city streets, we also need to get rid of the stock exhaust system. We need exhaust pipes with a larger diameter and mufflers that present less resistance (known as backpressure) to the flow of exhaust than stock ones. I mean, we’re building a motor that can make for a fun car even on city streets, so take advantage of it, within reason. Again, you’ve got choices so pick the parts that fit your budget while still striking your fancy. I prefer a type of muffler known as a Cherry Bomb or Glasspacks because of the low backpressure and the sound they generate.

Tuning involves a number (some might say endless) collection of adjustments to maximize power and performance, so tune back in for our next several pieces on how to tweak your vehicle to beat the competition.