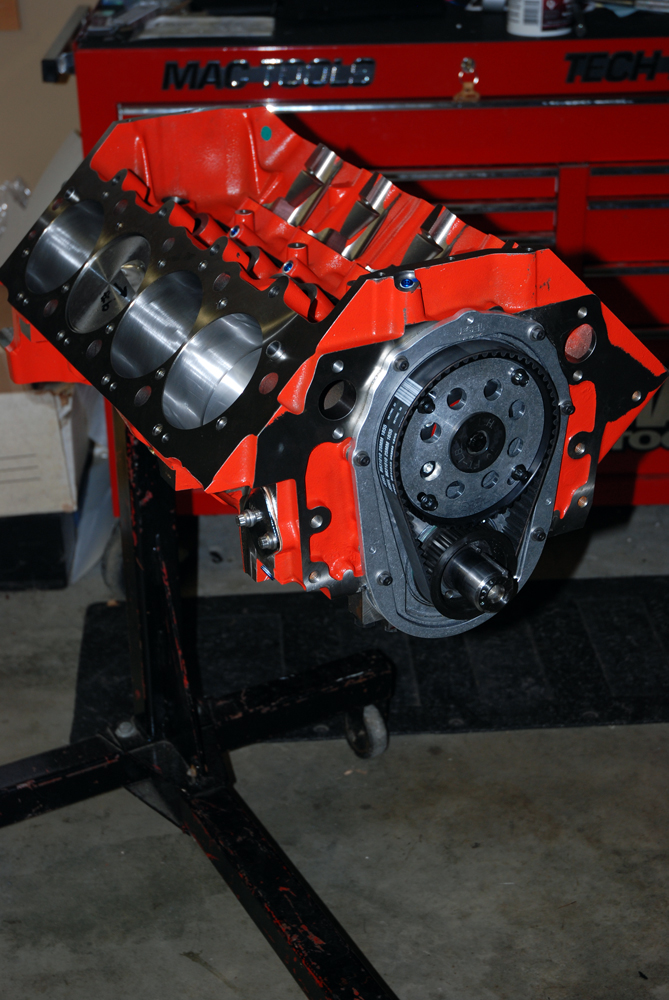 In the pair of previous segments of “Choosing the Right Crate Engine” (Part I, Part II), we examined the hardware found inside a crate motor (or perhaps more correctly, what hardware to look for). Cylinder blocks, reciprocating assemblies, camshafts and associated valve train hardware and cylinder heads were the pieces we touched upon.  So far so good, but it’s no secret what we previously looked at pretty much sums up a bare bones crate motor (3/4 motor, long block, etc.).  But plenty of crate motors are really turnkey affairs.  They’re more or less plug-in and play combinations where all you do is hook up the various wiring and plumbing bits, hit the key and go.  And to do that, the engine needs quite a few more components (which in turn drive up the costs).  In this issue we’ll consider induction and ignition systems.  Keep in mind that the costs of including additional hardware in and on the crate motor increases the bottom line. Check it out:

Induction Systems:  Like other pieces of the puzzle, induction system choices are plentiful.  You can buy a crate engine with everything from a 10:71 GMC blower all the way down to a single Holley double pumper mounted on a dual plane intake.   When it comes to intake choices, you can buy a crate engine with a sheet metal intake, a cast aluminum intake, or even an electronic fuel injection system.  The choice is yours, but what’s best?  Again, that depends.  Some combinations are set up for nitrous, and they’ll use a far different arrangement than an engine designed to run on alcohol.  Some engines are designed for a specific, narrow power band.  Others are built with a very broad torque curve.  Both mandate different induction arrangements.  Let’s just say that something like a street-strip combination is going to be far happier with a single 850 carb than with a sheet metal tunnel ram complete with a couple of Dominators perched on top.

If you’re planning on driving your crate motor equipped car on the street for any length of time, there’s no question an EFI setup is the best, followed by a lone 4150-style carburetor. Yes, you can operate something like a Holley Dominator successfully on the street, but the reality is, the street manners of a 4150 carb are superior.  Another set of considerations is the air cleaner and the overall installed height of the engine package (and we all know, the use of an air cleaner can have an effect upon engine packaging).  Pick a setup that’s too tall and you’ll either be cutting a hole in your hood or you’ll be buying a new hood.  Don’t take this lightly – a custom hood (with paint) can easily add $1K to your shopping list.

Ignition System:  Crate engines can be purchased with complete ignition systems installed.  Others leave that up to you.  What type of ignition system do you need?  Is a crank trigger necessary for your car?  Is vacuum advance required?  Is the engine normally aspirated or will you use some form of forced induction?  Do you need different stages of retard?  All of these are questions you have to ask when deciding upon the ignition system for your crate engine.

And these aren’t the only questions that must be answered when it comes to crate motor ignition systems.  For example, some engines (Chevy’s LSX combinations come to mind) don’t have a provision for a distributor. For something like this, you’ll either need to buy a distributor-less ignition setup or a costly distributor adapter package.  With the distributor-less arrangement, you’ll need to think about where you can mount eight coils (sometimes not exactly an easy task).  Factor in the need for spark plugs, plug wires, wire looms and so on.  Stuff can get complicated in a hurry so give it some thought before you leap.

In the photos that follow, we’ll look at a few of the pieces mentioned above. You might be a wee bit surprised at what you really need to add to a crate motor or on the flipside, what really is included in your package of choice.  Check out the photos and captions: