RacingJunk News > News > Event Coverage > Do You Have What it Takes to be One of the Masters of Motors? 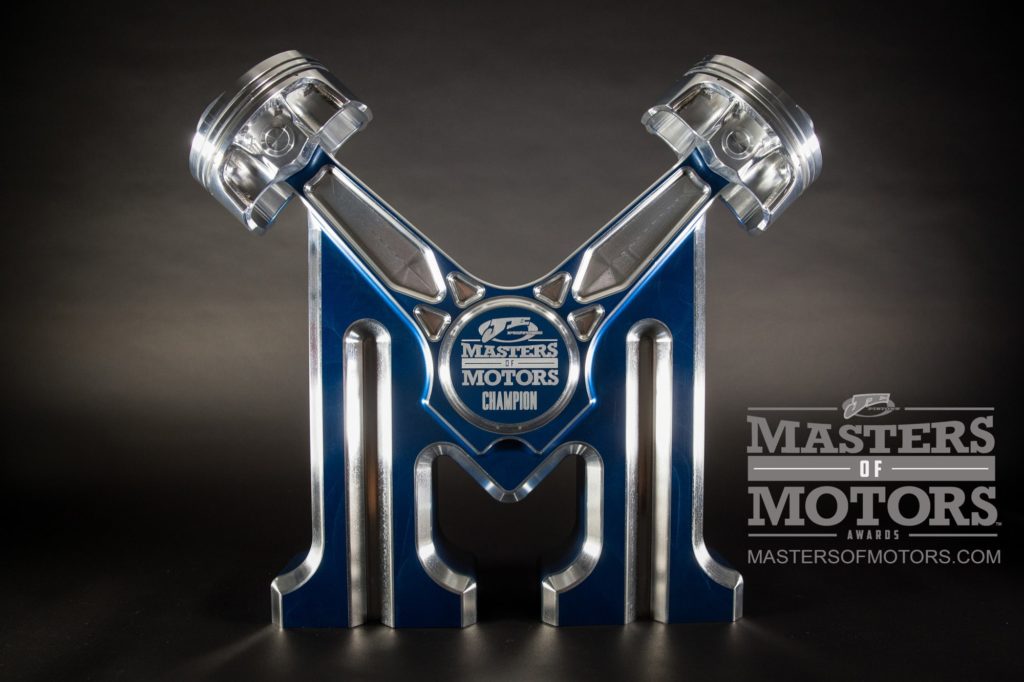 We got the chance to chat with Ross Berlanga of JE Pistons on their Masters of Motors Competition that was launched at SEMA this year.  The competetion, which is the first of its kind, pits the nation’s top-engine builders against each other to win the coveted “Engine-uity” award. The Masters of Motors was a huge success at SEMA and will be headed for PRI 2018. Classes for PRI will include:

1. How did the Masters of Motors Awards come about?

We here at JE Pistons came up with Masters of Motors when reviewing the awards at the SEMA and PRI Trade Shows where most awards revolved around the outer beauty of a vehicle. We felt that the heart of a vehicle and our aftermarket industry starts with engines and with that, we developed the first engine-only competition for SEMA and PRI.

2. For someone looking to enter, what are some things that the judges look for?

Participants and engines must be present at the PRI Show and you must register at to win. ENTER TO WIN HERE. The Engines will be judged on the artistry, uniqueness, and craftsmanship of the engine either in or out of a vehicle.

3. How did you decide on the judges for these awards?

JE Pistons found four of the biggest names in horsepower, drag racing, and engine tech for the Masters of Motors Judges: Jeff Smith of HOT ROD magazine and Car Craft fame, Brian Lohnes the Editor-in-Chief of BangShift.com, MotoIQ Editor-in-Chief, Mike Kojima, and the one-and-only David Freiburger of HOT ROD Magazine, Roadkill, and Engine Masters fame. These heroes of horsepower will combine forces, scouring both the SEMA and PRI shows to find the best motors of the year. One deserving, overall winner (at each show) will receive the coveted Masters of Motors “Engine-uity Trophy,” an 85-pound, billet-work of art awarded to the best overall engine of SEMA 2018 and PRI 2018. In addition to the overall trophy, winners will also be crowned in the following classes.

4. Who are some of the manufacturers associated with this competition?

JE Pistons is the Presenting Sponsor of Masters of Motors with support from Dart Machinery, K1 Technologies, and Trend Performance. The winner of the Engine-uity award will be named the Master of Motors for the show.

5. How does this competition push the boundaries of what is possible in our industry?

Prior to Masters of Motors, most trade show competition mainly focused on awarding a person for the outside of a vehicle. We recognize that making horsepower and going fast comes in all shapes and sizes. We felt this competition celebrated the grass root, garage built heroes that keep our industry progressing forward and on the gas.

Think you have what it takes? ENTER TO WIN HERE!