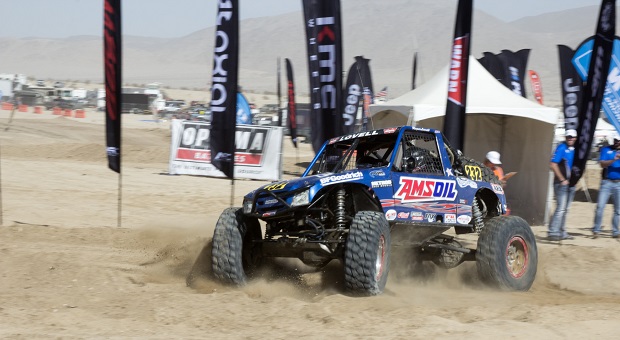 The Smittybilt Every Man Challenge is the last chance for King of the Hammers hopefuls to make their way into the big race on Friday. Drivers in the 4500 Rubicon Express Modified Class, the 4600 Pro Comp Stock Class and the 4800 G2 Gears and Axle Legends Class all vie for the last spots available by winning their classes – well, provided they meet the rules of the 4400 Ultra4 Unlimited Class. To win, drivers must first finish, and that’s not taking into account the 6pm cutoff time! But one team is starting to make it look a little too easy. Brad and Rodger Lovell took home the provisional overall and the provisional win in the 4800 Legends class at the 2017 Every Man Challenge. 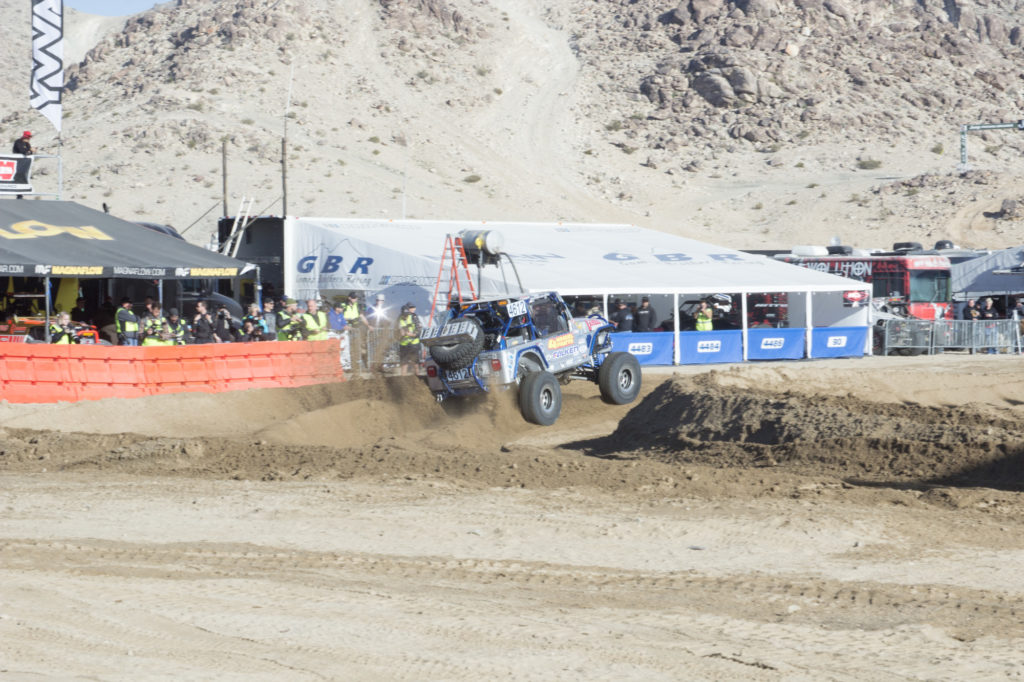 The Smittybilt Every Man Challenge was created to allow drivers and teams the chance to race at the King of the Hammers. Of the classes, two are viewed as the easiest to get into: the 4800 Legends Class and the 4600 Stock Class. The 4600s are vehicles that utilize the OEM frame, engine and transmission of the vehicle of their choosing with a thirty-five-inch DOT tire. The 4800s, however, are typically older Unlimited rigs that were “retired” from the class. However, instead of an unlimited tire size, they must use a thirty-seven-inch DOT tire, have a single shock per corner, have the engine in the front, and only use solid axles front and rear. This means the older IFS trucks aren’t allowed in; however, those could potentially be used in the Modified class if they use a modified or OEM style chassis, just a pair of two-and-half-inch diameter shocks per corner, mechanical steering, and only a thirty-seven-inch tire. 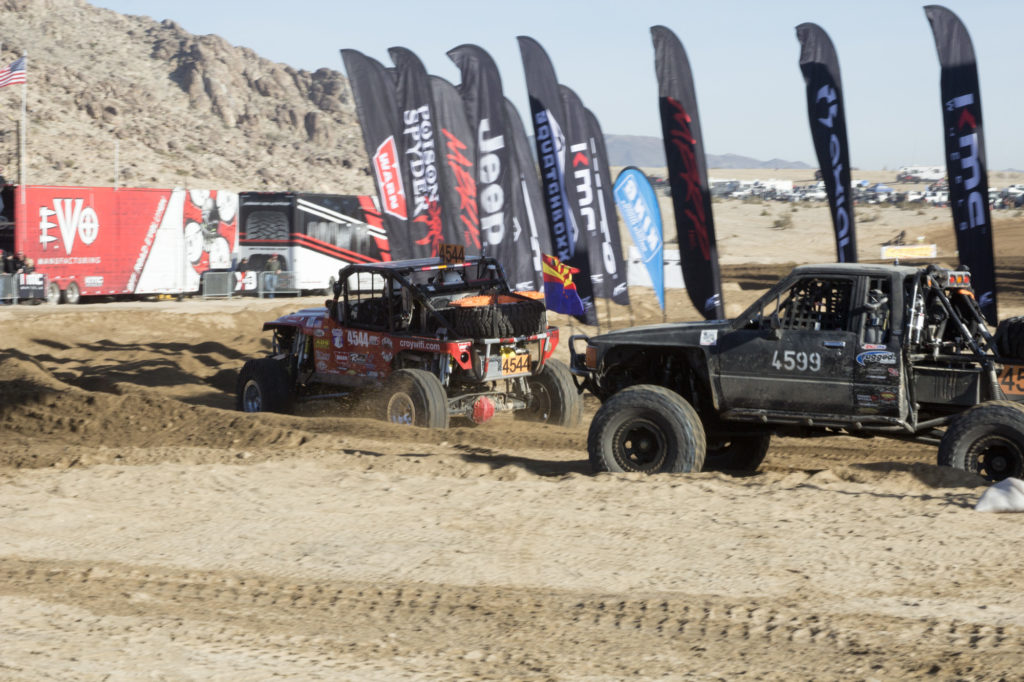 The king of Every Man Challenge at one time was John Currie, uncle of short course off road racer and Ultra4 Unlimited competitor Casey Currie, who won in 2012 in a Stock Modified Jeep JK Wrangler, then in 2013 and 2014 in a Modified Class Jeep JK Wrangler. However, in 2015 he moved up into the Unlimited class and has been competing there since then, though that year the torch had appeared to have been passed on to another Currie: Brandon Currie. Unfortunately in 2016 Brandon didn’t compete in the EMC, which opened the door to a new family name: Lovell. Brad and Rodger Lovell took the overall in their Legends Class car. While Brad and Rodger were both new to the series in 2010, they won the legends class in 2014 and both grew up rock crawling in Colorado. 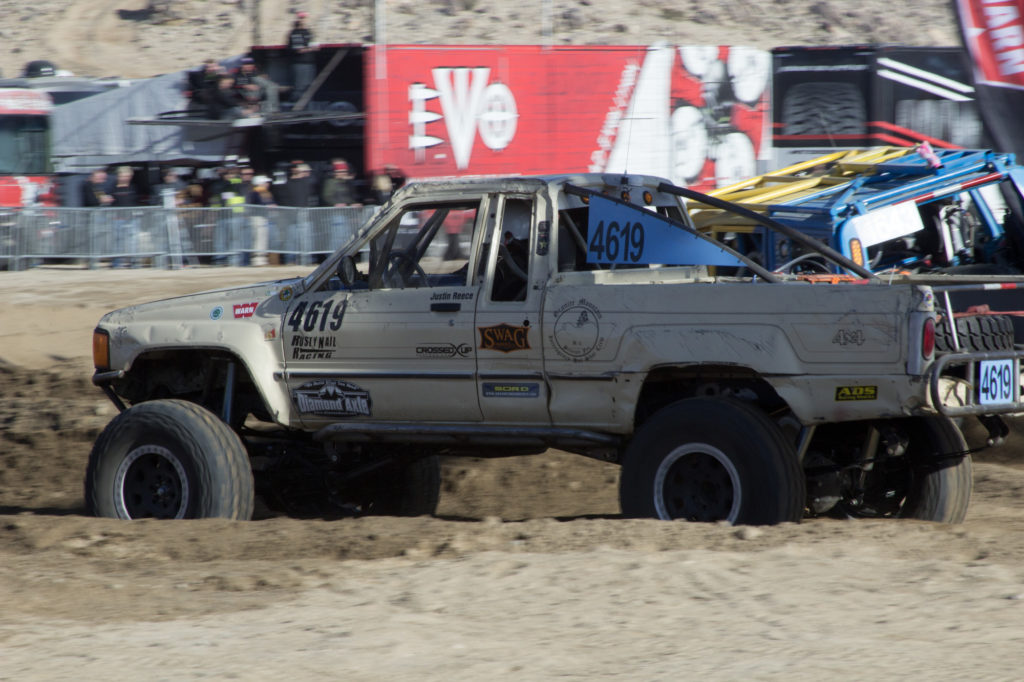 For 2017, Brad and Rodger would repeat their overall win, but it didn’t come without difficulty. As they were leading they hit a rock and lost the power steering lines. They keep four replacement lines on the vehicle, but ended up losing two at some point. Another amazing fact is that this was possibly one of, if not the, oldest vehicle in the Every Man Challenge – it’s over ten-years old. In fact, this car was the 2010 runner up behind Loren Healy. 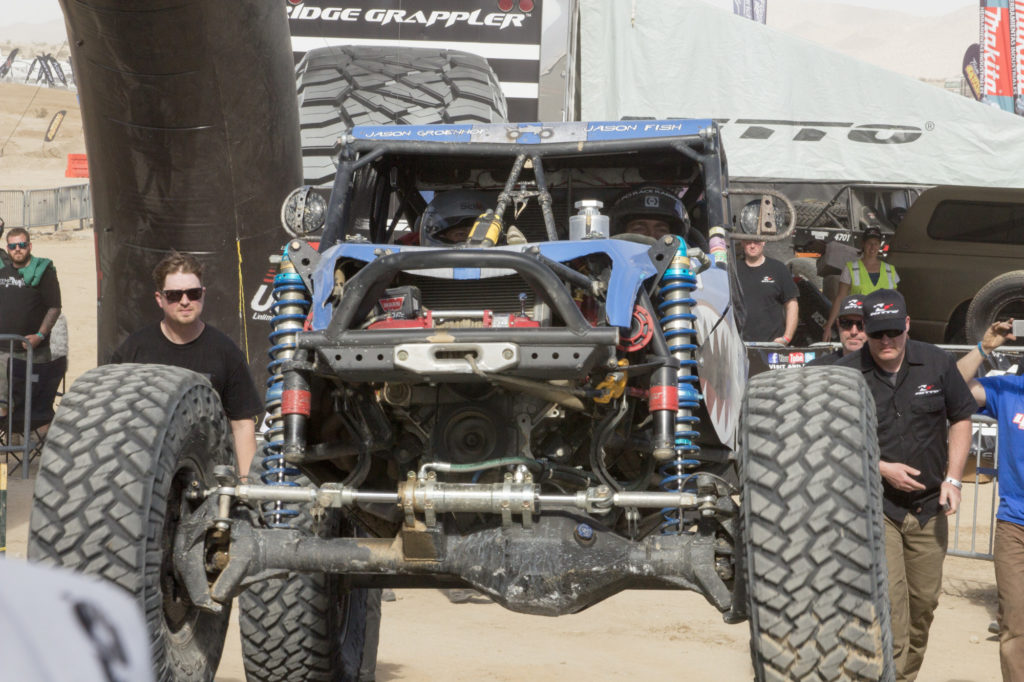 “I can’t tell you enough,” said Brad after finishing, “after we won last year, there was so much pressure coming into the race this year. The class has grown so much, and there were so many more people. Our plan was to run our own race because we can’t control everyone else.”

Rodger added, “It’s wild when you’re out there. One of the most intense moments is when you’re doing 60 mph and there are helis on both sides. There is always something or someone letting you know there are cars behind you.” 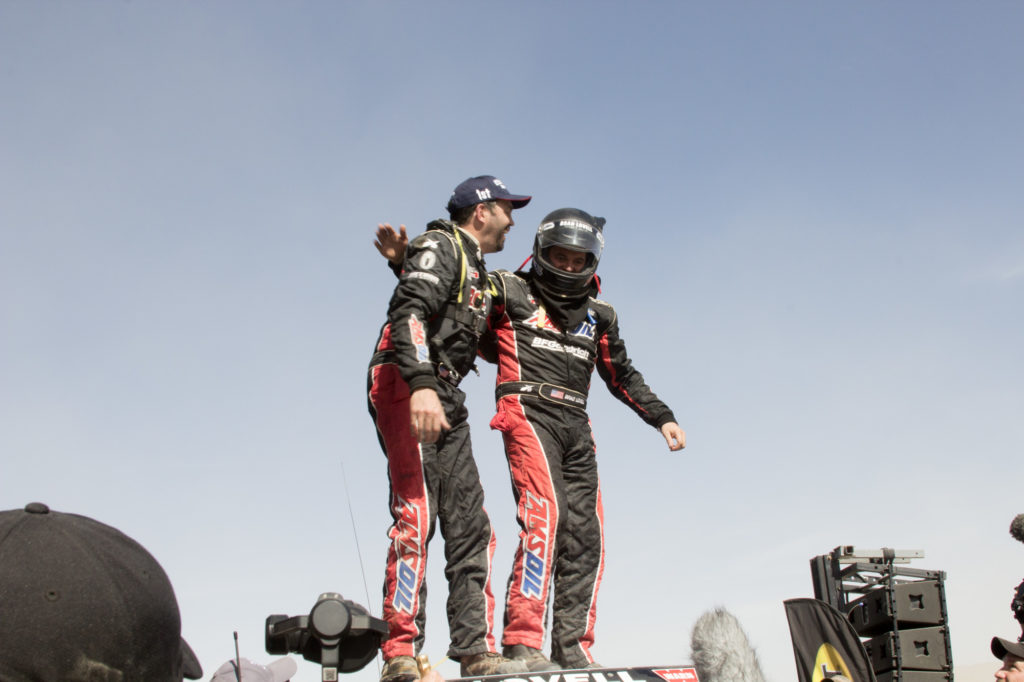 In the 4500 Modified Class, Marty Mann with co-driver Tom Moore took the checked flag first. While this was his first ever Every Man Challenge, Marty had raced in the 2015 King of the Motos and he credits his win to that. “My motocross experience was huge today,” he said. “You know how to read terrain. You know where to put the car and find traction and stay focused.” He started ninety-first overall and drove his way to the front of the Modified Class. In the 4600 class, Ben Varozza in the 4 Wheel Parts/Falken Tires Jeep Wrangler was able to finish before the 6pm cutoff time to take his class win; however, finishing in this class is an accomplishment all on its own. 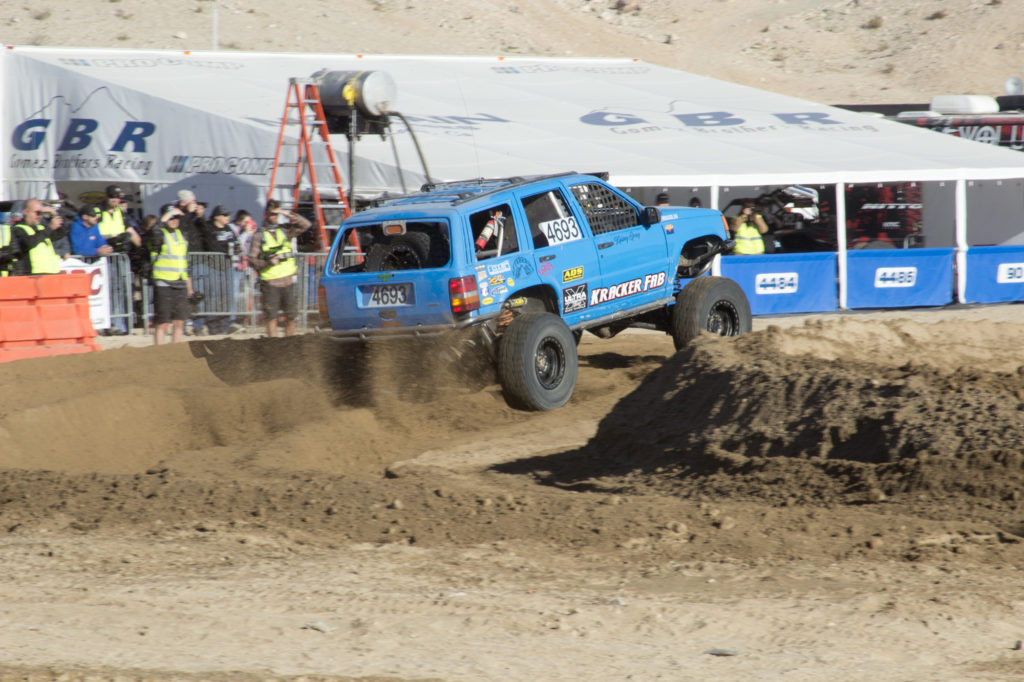 Congratulations to Brad and Rodger Lovell, your two-time winners of the Every Man Challenge. We’ll have to wait one more year to see if they can’t become the new Kings of the EMC and overtake the Currie Crown. 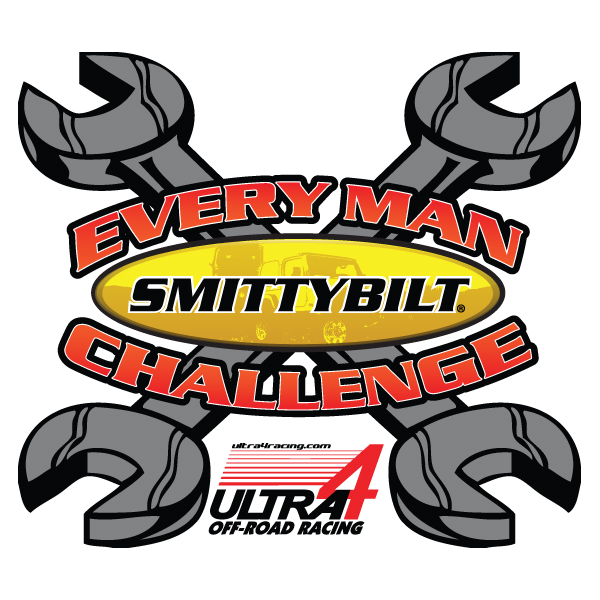