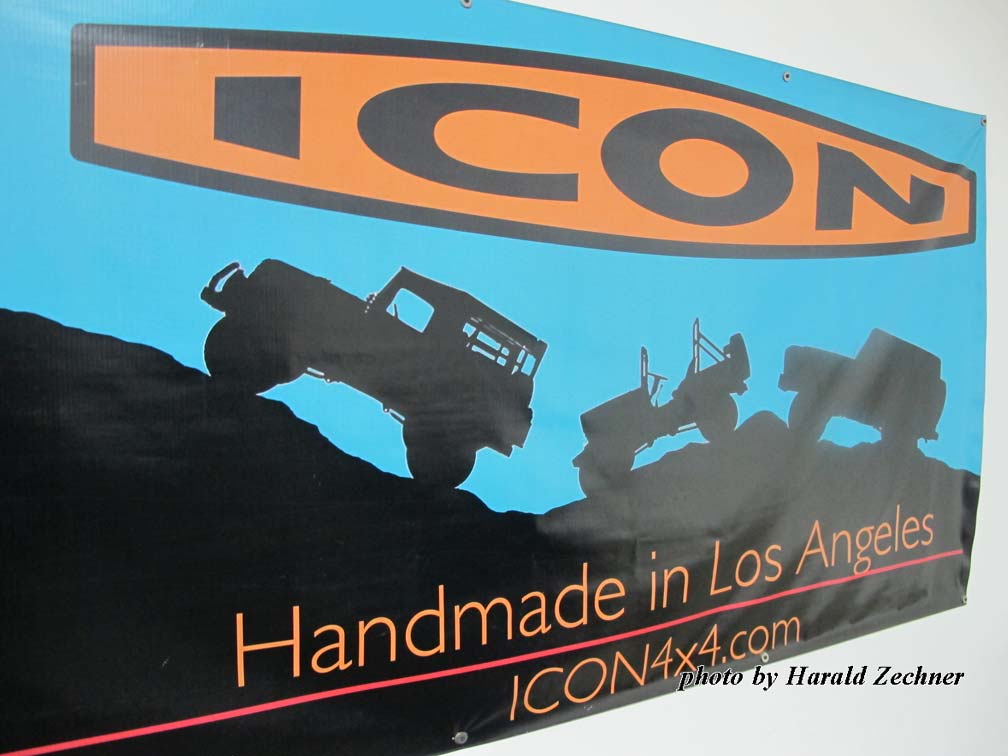 What a concept, what ambition, what an outcome, what a price tag. The Motor Press tour of the ICON 4×4 facility and lunch with its owners  Jonathan and Jamie Ward was an eye-opening experience into the wants and costs of making the old new.

We have all heard the story before. Good work ethics, a strong commitment to tradition, an obsession with modern design, and an unrelenting need to achieve performance excellence. ICON is born in 1966. Specializing in Land Cruiser sales, service, parts and restoration their global  reputation quickly grew. ICON became a consultant for Toyota and developed one-off projects ranging from outfitting vehicles for special events to building three running and driving prototypes for what ultimately became the 2007 Toyota FJ Cruiser. The company’s radical design changes prompted ICON to specialize in upgrading the 1960 – 1975 Land Cruiser to 21st-century specifications. It became an instant hit. 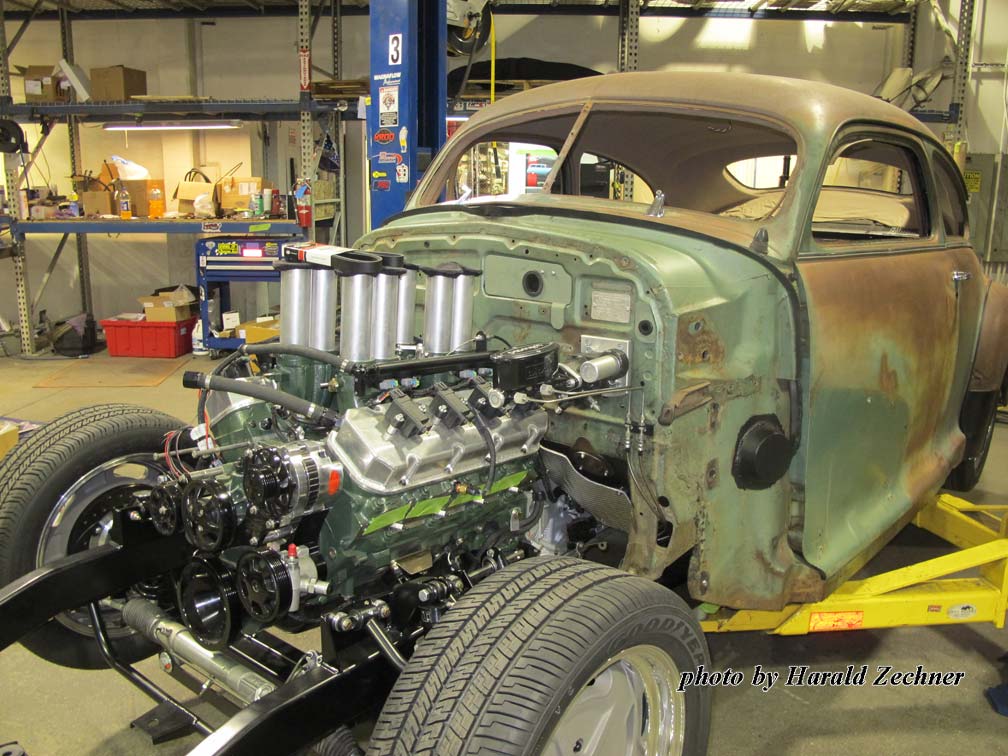 Soon called the Dr. Frankenstein of sport utility vehicles the Jonathan Ward mission of modern performance, suspension, and safety made ICON the gold standard in these transformations. Modern custom frames with new generation drive trains, suspension, and brakes. The line expanded to manufacturing their own aluminum FJ40 bodies. Then 1966 – 1975 Ford Broncos and 1940 – 1960 Willys were added. Each completed vehicle costing approximately 200K plus to complete. Their demand high it takes over a year from deposit to drive. 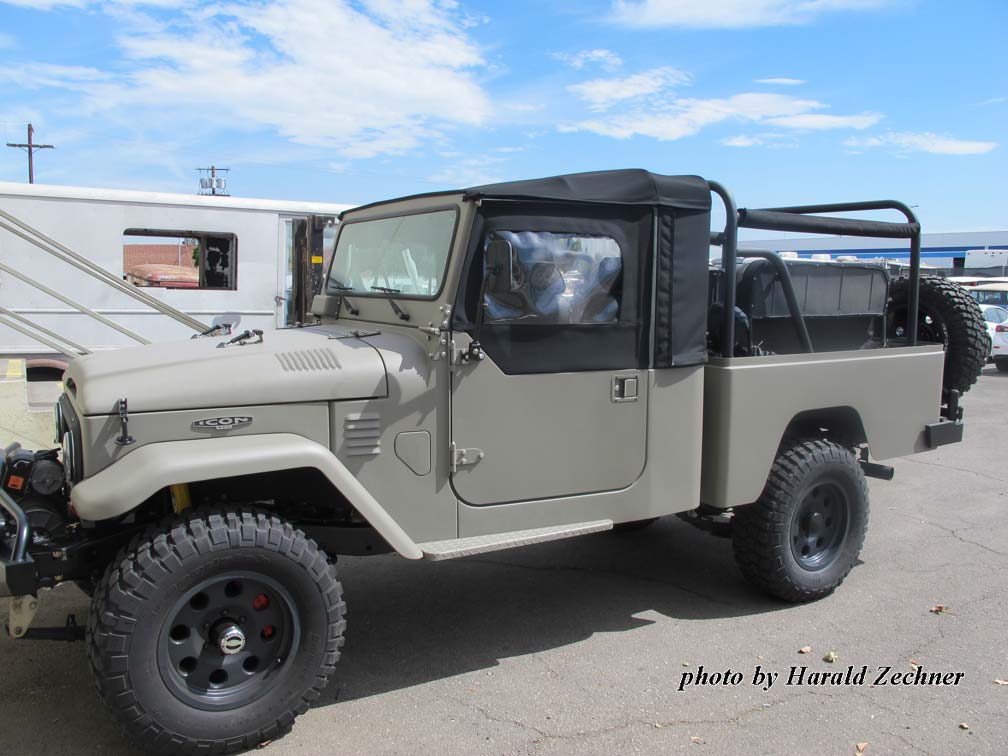 The ICON “how would I do it” mindset led to an entire section of their new larger facility in Chatsworth, CA. being devoted to old car upgrades. Similar to the sports utility division it would expand the modern upgrades to anything the customer wants. New custom frames, high horsepower motors, suspension, and brakes. The company’s battle cry of “Choose almost any vehicle from the 1930’s forward and let us reinvent it” has echoed into a client list from almost every corner of the globe. These kinds of projects carry a price tag well in excess of a quarter of a million so you can be assured that cutting edge is well represented at ICON. Once again planning to delivery is 15 to 24 months. 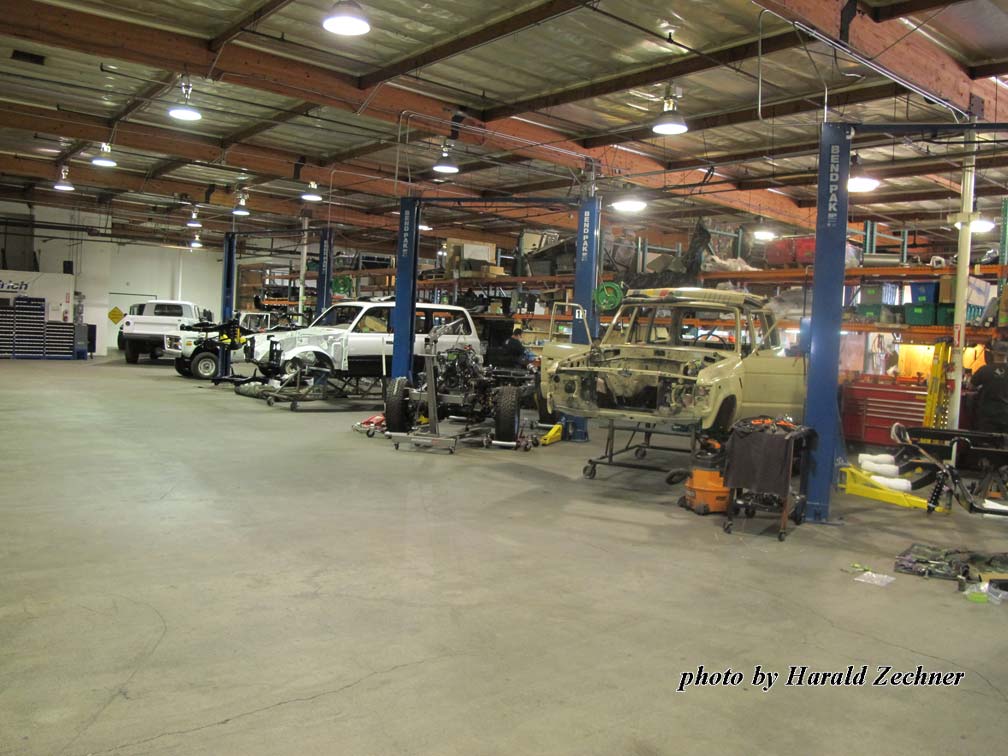 “I have to be honest and tell you that these custom one off projects are my passion” CEO Jonathan Ward told me. The challenges are extreme and they require a lot of thought, energy and expense. Ah, but when their done. It’s intense for sure.

So what surprised me the most you ask. 300K Rat Rods. Clients who want radical high horsepower machines with every modern connivance but the outside of the vehicle has to look old, stock and in many cases beat up. I’m talking faded paint that’s thin in places, chrome that needs redoing, and seats that look old and grimy. Sure I know that’s new upholstery but how did you get it to look so old and worn out. I did kind of get it when Jonathan took me for a spin in his 1952 Desoto Town & Country Station Wagon. Ugly as sin this magnificent four wheel beast is a  superstar and drove home the don’t judge a book by it’s cover scenario as we blew more than one mind when it launched off the traffic light.

Can’t quit till I mention electric. Once the word that could start a fistfight it is now an accepted alternative power. More and more clients want what is commonly called Tesla slayers. Representing about 10% of the build orders these kinds of conversions could become mainstream in the
not so distant future.

My visit to ICON did the heart good. Incredibility well engineered, built, and capable I’m pleased to report that these ultra high vehicle upgrades  are alive and well.