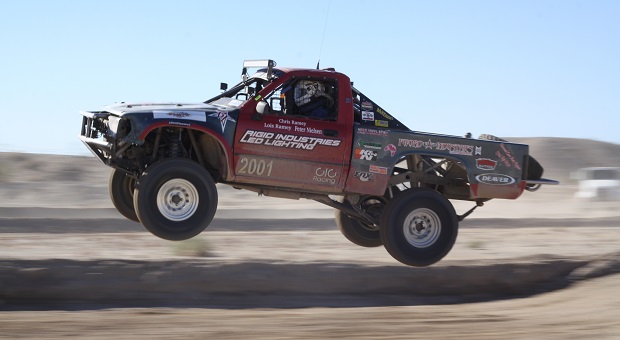 In the first part of this series, we discussed the very first thing an asphalt guy says makes an off-road rig. Now we talk about that second part that usually gets brought up: the suspension. What does it take to run high-speeds in the desert, crawl over the rocks or soak up large jumps? We’ll give you a brief on the suspension of off-roading. Also, just keep in mind that these articles will only be an introduction to and brief explanation of the topics at hand. Fully featured articles on these subjects will come at later dates, but for now we’ll give you the gist of each one. 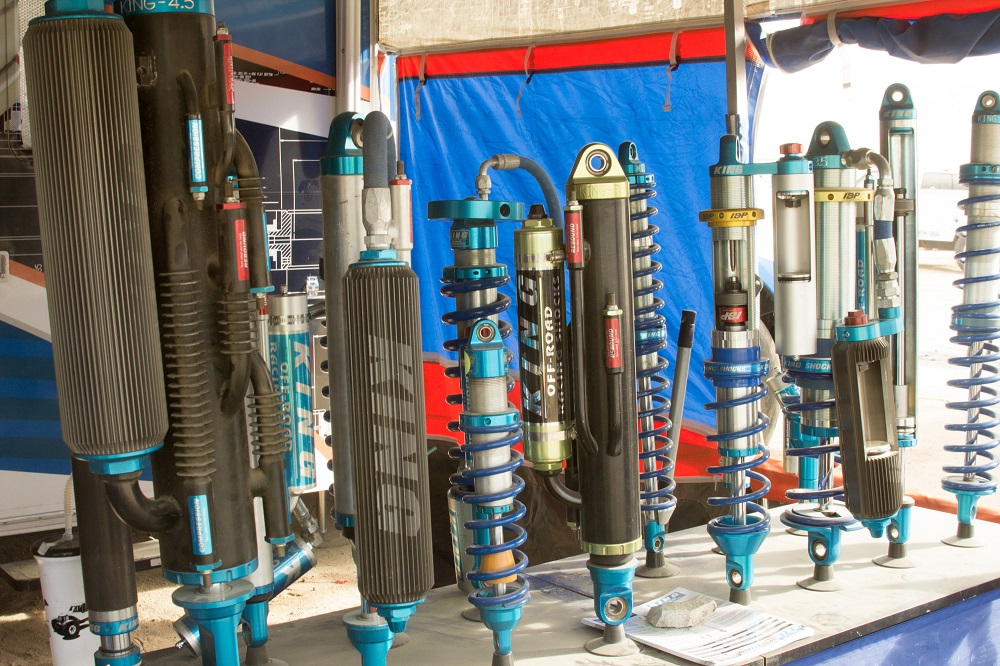 When it comes down to it, off-road and on-road dampers (or shocks, as they are called by the layman) do the same job and do it in the same way. Inside the body is a hydraulic fluid with a piston that moves through it to slow the movement of the spring and suspension as it moves up and down on the surface. That’s the basic gist, anyhow. There are two major types of dampers available to the market: twin-tube and mono-tube. Twin-tube is the most common for street vehicles while mono-tube is most common on higher performance vehicles and in racing, though this isn’t always true. 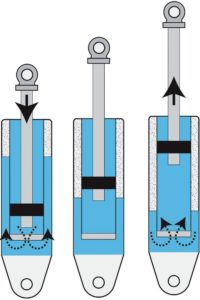 Most of the dampers you’ll see on stock, street vehicles are the twin-tube type shock, as mentioned earlier. This is a damper with two tubes. The inner tube houses the piston that’s attached to the shock shaft while the outer houses additional fluid and a gas – usually air or nitrogen. The gas is intended to prevent aeration by providing constant pressure on the hydraulic fluid of the shock. As the piston moves up and down, a pressure difference occurs on each side of the piston depending on the direction it’s traveling. The low-pressure side of the piston can cause the fluid to boil and create aeration and fade because, well, now the piston will flow through air instead of fluid and air is, technically, incompressible.

A twin-tube damper has valving on both the piston and on the inner body between itself and the outer body. This provides a way for your dampers to be “tuned” to provide a different profile, as the fluid must pass through it just like it does with the piston. This also means that the shock piston design can be simpler, as it must either deal only with compression (tires moving up) or rebound (tires moving down). It all depends on which way the body is attached to the vehicle and its suspension. This design also means that a twin-tube damper can only be used in one direction and can’t be reversed without major modification. 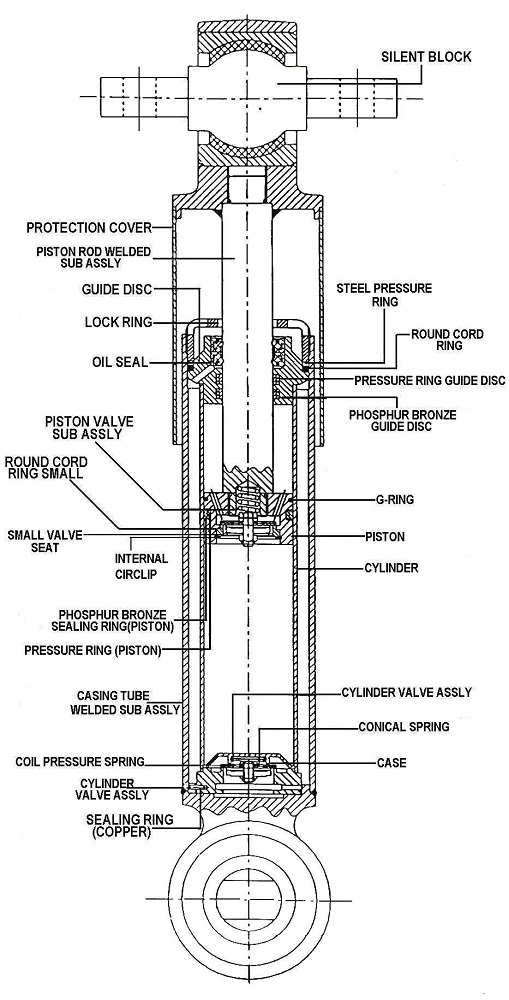 Reversibility is one of the advantages to the mono-tube damper. You can flip a mono-tube so that the heavier body can be attached to the chassis and the lighter shaft to the arm, wheel or axle housing – well, provided you flip the valving inside, too, unless the damping profile is the same for compression and rebound. If you haven’t figured it out, the mono-tube is a single body with the fluid, piston and gas all inside it. This isn’t including external reservoir shocks, which we’ll touch on in a future article. A mono-tube damper usually has its fluid and gas separated by a piston, but it’s still doing the same job – minimizing the pressure difference of the low- and high-pressure side of the piston. This also means that the piston must be designed to handle both rebound and compression damping instead of one or the other. However, this also means that the package is lighter, typically runs cooler (shock oil can get very hot when running both on- and off-road, which also leads to performance fade), can use larger parts, and is a far simpler design. The disadvantages are a more complicated piston design and that it’s more prone to road damage on the body (though that can be mitigated with tube design). 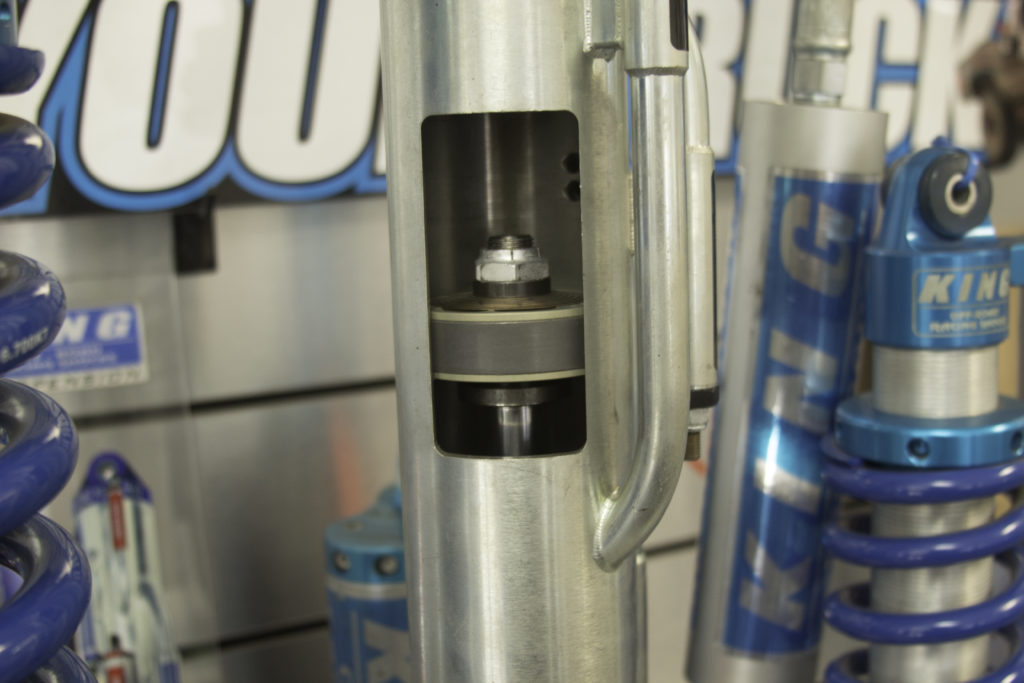 If you were to look on the websites for King Off-Road Racing Shocks, Fox Shocks, ICON Vehicle Dynamics or many others who specialize in off-road dampers, you’d notice something odd. You hear of a truck that has over forty-inches of wheel travel, but most of these guys only list a damper up to twenty-six-inches or so. How are they getting that? That comes down to design and a calculation known as motion ratio. Essentially, the thought is that if you place the dampers along the arm at certain points, you increase the travel at the wheels while not needing as much travel at the damper. We must stress – that’s really oversimplifying it. There are more factors at play when you do this, as you also increase the leverage on the dampers. Think of the control arms as levers, because that’s what they are – class two levers. The fulcrum is where the control arm attaches to the chassis, the resistance is where the dampers attach to the control arm and the effort is the wheel trying to move up and down. The further you move the effort from the resistance, the less effort is required to move the resistance, but you’ll have to travel further. That’s exactly how you get forty inches of travel out of a twenty-five-inch damper. 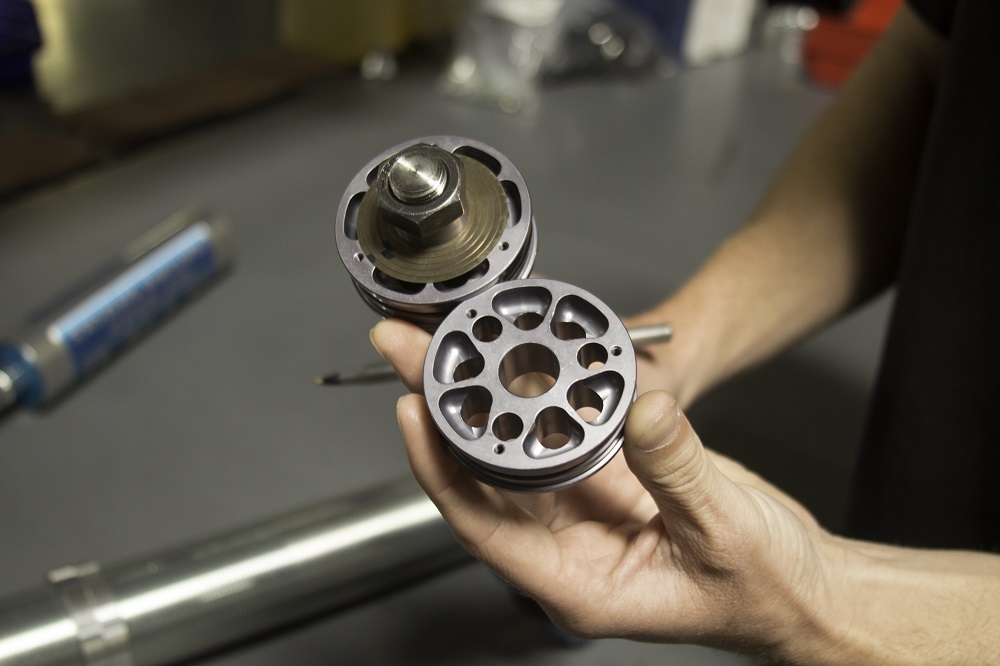 Unfortunately for you leaf spring guys, you’re stuck with long springs and even longer shackles to get more travel, but the longer your main leaf is, the more leaves you need to put into the pack to get spring rate back into it. Or use a thicker and wider leaf. Then there is the issue of a longer shackle that can introduce weird toe-angles as the axle articulates, but that’s for another article too. If you really want to get a lot of travel, your only real viable option is going with a truck arm or a three- or four-line suspension design in the rear and control arms in the front. The Twin I-Beams and Twin-Traction-Beams that Ford produced for their early F-series trucks are decent options for budget racing trucks that need a good front suspension, though those have their limitations and detriments, too. 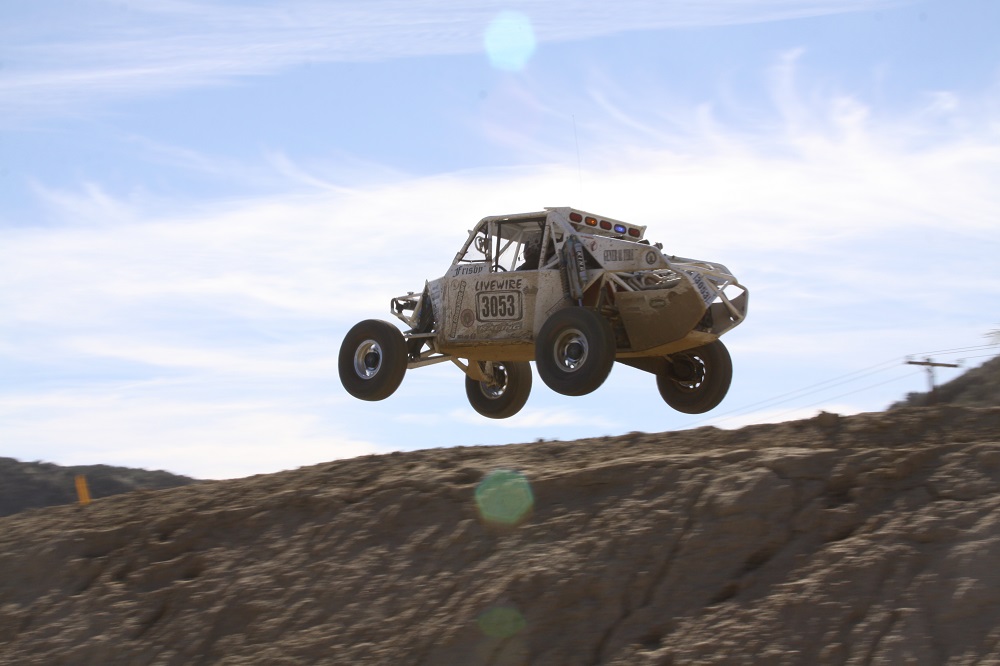 Simply put, both on- and off-road suspensions work basically the same way. A piston travels through a hydraulic fluid inside a hollow body to dampen the motion of the suspension. The difference comes down to how they are valved. Again, for this we’ll dive deeper with another article, as the idea of how a damper works is very interesting and far more complicated than this article should be. Travel is another interesting topic, but so long as you remember that your suspension is essentially a class two lever, you’ll get the idea of how you can get double the travel out of a shorter damper setup. That topic’s worth its own article, too.