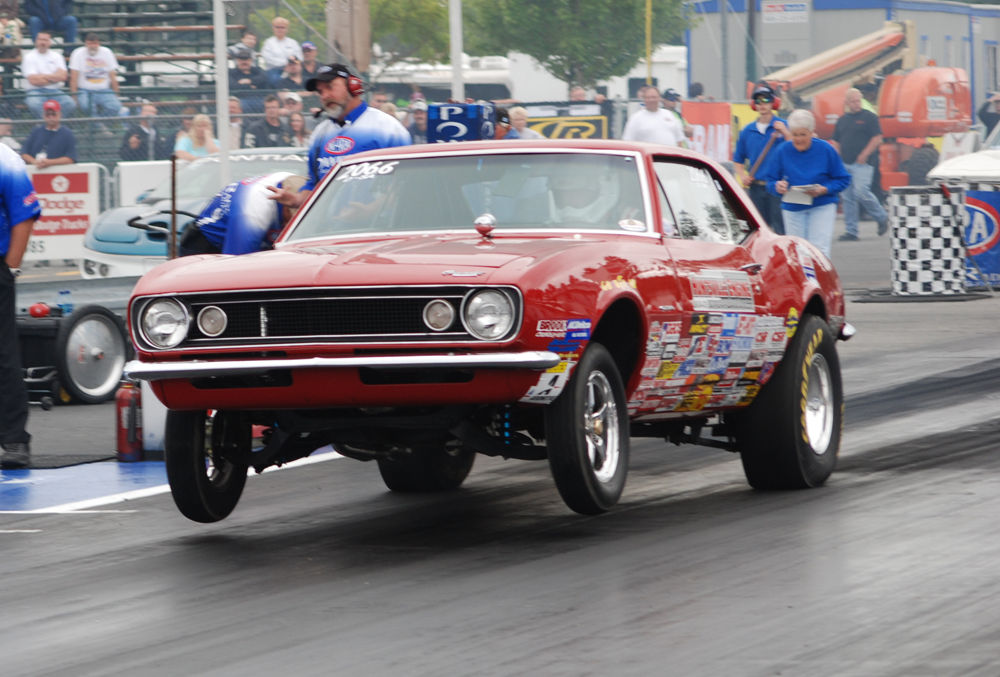 In the past two issues, we examined the limitations of production line a-arms when it comes to drag racing.  We also started our look at the technology found with high quality aftermarket a-arms such as the high tech hardware shown here from TRZ.  This time around, we’ll focus upon more features found on the a-arms.  Check it out:

A big dilemma with any drag race a-arm (stock or aftermarket) is controlling suspension travel.  It’s no secret that huge suspension travel can be a good thing on low powered cars or on greasy tracks, but if the horsepower wick is turned up and/or there’s some bite in the track surface, then adjustability in the a-arms becomes rather important.  In those cases, some way to control the travel so that you can limit a wheel stand is extremely important.  And it becomes critical if you campaign a car in any of the heads up “Street car” organizations that prohibit wheelie bars.

OK. So front suspension travel is important.  Here’s how to get it on a stock a-arm: Most early GM production line cars (and several other Detroit marques) feature a system of limiting the downward movement of the front control arms.  In a race car (especially a low horsepower race car), you need as much front-end travel as possible.  Short of adding some ball joint extensions (which, in most sanctioning body rulebooks are illegal), there is a way to increase front-end travel in these vehicles.  The manufacturers often used a rubber snubber mounted to the upper control arm or front frame rail to limit a-arm travel.  This snubber is very similar to a conventional slapper bar snubber.  If the snubber is trimmed, the front end of the car will exhibit a much more favorable travel arrangement.  Just keep trimming the snubber until the car slows down (of course, in some cases, you’ll have to remove the snubber altogether).  If you trim too much of the snubber away, then swap the snubber for a common traction-bar component.  Of course, too much material can be cut away – watch the brake flex line.  If it’s stretched during full travel, you’ve gone way too far.

So far so good, but here’s the limitation: If you need to reduce the travel, then you have no choice but to re-install a non-trimmed snubber.  And at the best of times, that stock snubber will be too short for a high power car running on a track with “teeth”.  There are some aftermarket fixes for this (some involve cables attached to the chassis; some are based upon steel snubbers), but with a TRZ’s upper a-arms, it’s not an issue.  They already come assembled with adjustable travel limiters (basically, a Grade 8 bolt).  The bolts thread into a boss on the upper a-arm and you adjust the travel you need for your car on the track you’re running from the topside.  It’s a simple nut/jam nut operation.  And you can do the tuning with a couple of common ¾-inch wrenches.

One more item to give some thought to: Virtually all of the aftermarket road race style a-arms come equipped with mounting tabs for front sway bars.  But in drag racing, corners don’t count.  The front bars restrict control arm movement – effectively linking both sides of the front suspension together.  When disconnected or removed entirely, it allows the suspension to rise and fall rapidly.  That, in turn, translates into better launch capabilities.  The solution is simple: Dump the sway bar.  Removing it is simply a matter of peeling out fasteners and removing the bar.  And because of that, TRZ’s a-arms (which are obviously intended for drag racing) do not have provisions for the sway bar bracket.

Now, if you do a bit of homework, you’ll find there are a number of companies building custom a-arm setups for common drag race platforms (Camaros, Novas, and otherwise).  One of the considerations is this: Some manufacturers are building parts more suited to road racing than competition down the straight and narrow.  While we don’t have to concern ourselves with lateral g-forces, the road race crowd doesn’t worry much about parts-crushing wheel stands or devices to limit suspension travel.  The truth is, both competition venues are hard on parts, but the bits and pieces don’t interchange well.  There are plenty of companies offering tubular a-arms that simply bolt right into place.  That’s why we selected TRZ’s pieces for our own car.  More in the next issue.  Meanwhile, check out the accompanying photos for more insight into TRZ’s a-arm setups. 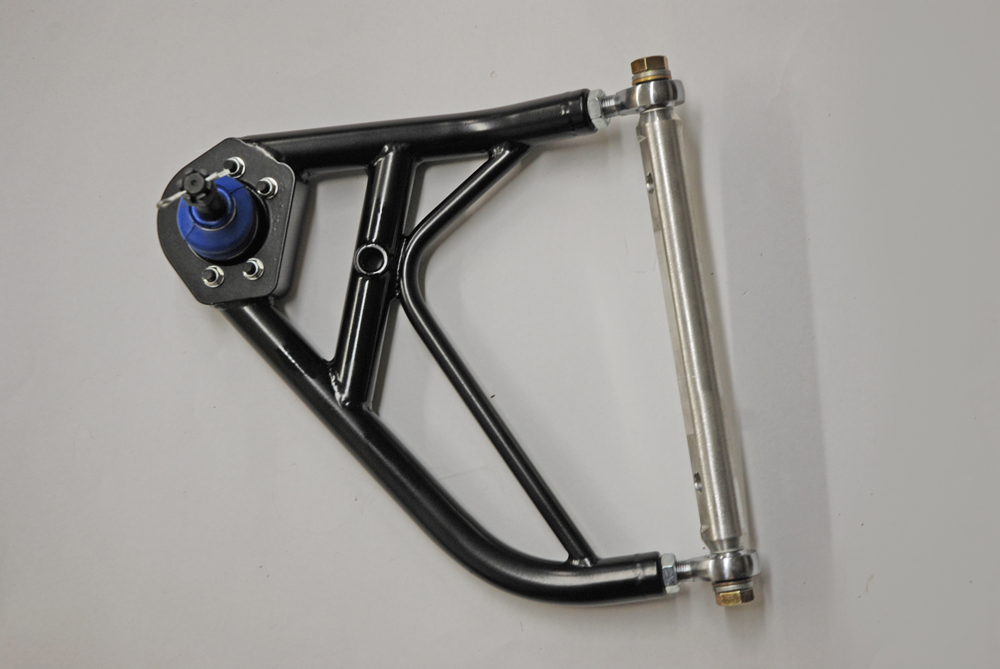 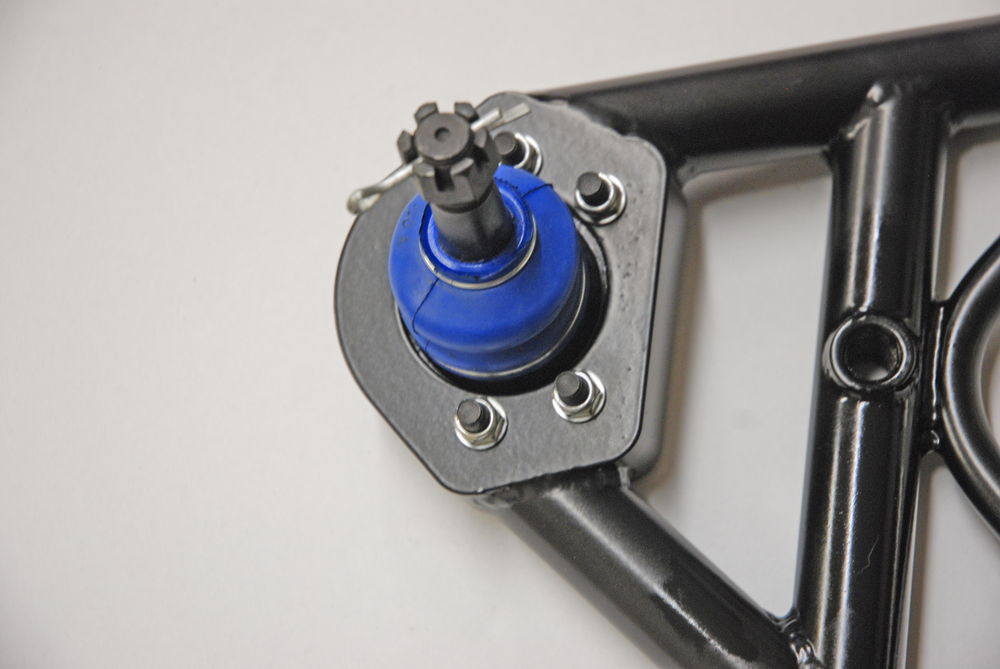