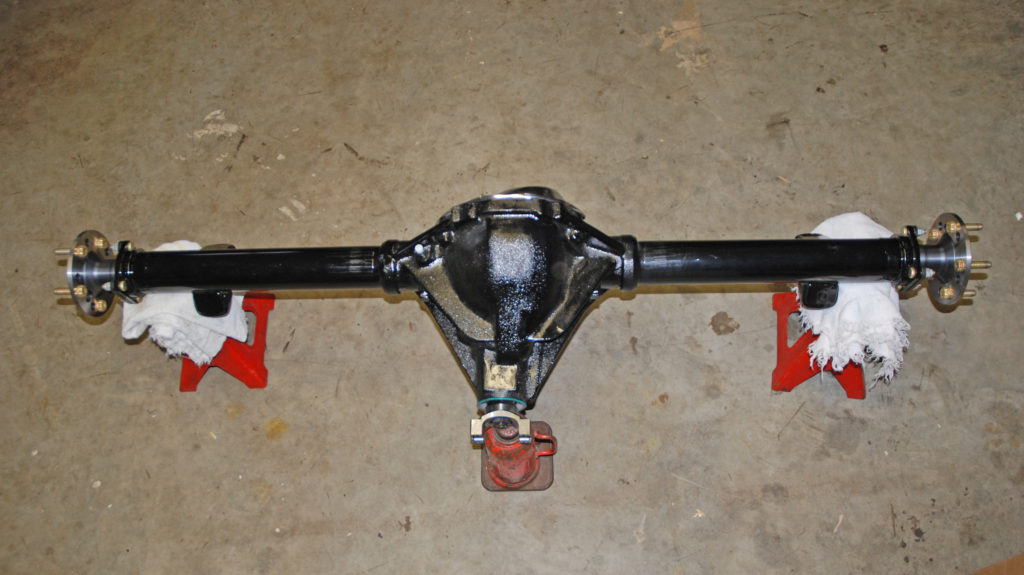 Mark Williams Enterprises is probably best known for their supreme quality axles and 9-inch Ford components. M-W has been at the top of the heap for decades with their rear end products and it’s no big secret their hardware has been on a huge number of Championship-winning drag race cars. What many folks don’t know is that Mark Williams also builds some of the strongest 12 bolts in the business. Their modular 12 bolt is a high tech aluminum piece that allows you to change various components on the base unit and come up with a configuration that suits your needs (i.e.: four link, steel axle tubes, Comp dragster, etc.). Equally important, when fit with 35-spline Modular axles, the Modular 12 bolt is likely one of strongest rear end setups you can buy, aside from M-W’s own 9-inch and 11-inch Pro Mod packages.

Fair enough, but something else many don’t know is that Mark Williams also builds what could be the strongest iron case 12 bolts on the planet. And that’s what this series is all about:

From the top, M-W starts with a custom case. This setup (which is basically like starting from scratch in the design) allows them to take all of the 12-bolt shortcomings and fix them, and then, mix in the right mounting system for any number of new or vintage GM (or other manufacturer) vehicles. As you’ll see in the accompanying photos at first glance, the housing looks pretty much like a conventional 12-bolt. But looks can be deceiving. For example, the area behind the rear caps in a stock GM 12-bolt casting is heavily scalloped (more or less hollow). This compromises strength. In the M-W housing, the area surrounding the caps is solid. The actual caps are much larger than those found in a stock GM casting. Why go to all of this trouble? Simple. The hypoid action of the rear end tries to force the carrier backwards, out of the housing. By either increasing the beef in the housing, the fore and aft movement is stopped cold. And there is no need for a billet cap.

In the design of the iron case, M-W can build it for a conventional 30-spline (or 33-spline) axle. Or if you need brute strength, it can be manufactured to accommodate a honking 35-spline axle. Keep in mind that when an axle spline is increased the diameter of the axle shaft increases (which in turn dictates the need for a special large bore case). The 35-spline axle is massive. How massive? Think Dana 60.

M-W can supply the housing with either mild steel or chrome moly steel tubes. For the housing shown in the accompanying photos, M-W included chrome moly tubes. Mark Williams fully welds the axle tubes to the “coconut” or center section. In a stock 12-bolt, the tubes are only held in place by way of plug welds. When looking at vintage 12-bolts, you’ll find that in many cases the factory GM welds were not sound and under close examination, pinholes in the respective welds will become evident. Now this isn’t of much consequence in the strength department on a housing such as this (since the tubes have been totally welded to the coconut), but there is one small problem: The factory spot weld system often leaks or “weeps” lubricant. Because of this problem, many a 12-bolt has had seals replaced, gaskets replaced and drain plugs swapped — only to find that the leak was in the area of a factory spot weld. The solution is rather simple in nature, but is time consuming to accomplish. Each of the tube spot weld locations is filled with a plug weld or “rosette” weld process. The end result is a clean leak free housing.

One other area you should take note of is the entry point for the axle tubes in the coconut. In a stock 12-bolt, this spot is rather fragile. In the case of the M-W casting, it has been seriously beefed up to handle much larger loads than a stock GM 12 bolt.

When it comes to housing with Mark Williams can pretty much build the housing for any width you require. Several different types of housing ends are available from Mark Williams. The housing in the photos incorporates 45 millimeter housing ends that accept a sealed bearing and do not use “C-clips” (in fact, none of the M-W housings are constructed for troublesome C-clips). In this example, the car was constructed with drum brakes on the back half, and this system is a direct bolt on for early style GM four-bolt (small car) brake backing plates.

There are some subtle differences in bracket installation between these housings and an OEM piece. Typically, the brackets are fully welded (which isn’t the case with the factory arrangement). You’ll also note that the housing shown in the photos uses a Chrysler (or Ford) style of spring perch. What’s up with that? Simple. The car that it’s going under is setup with Cal Tracs bars. Those bars are best suited to a Chrysler perch (rather than a GM perch). Equally important, M-W will install the perches according to your pinion angle specs.

What if you have a torque arm car (1982-2002 Camaro/Firebird) or a coil spring application (GM A and G-Body)? M-W offers housings for those cars too. Case-in-point is the torque arm setup. Williams can build these for any of the OEM applications. 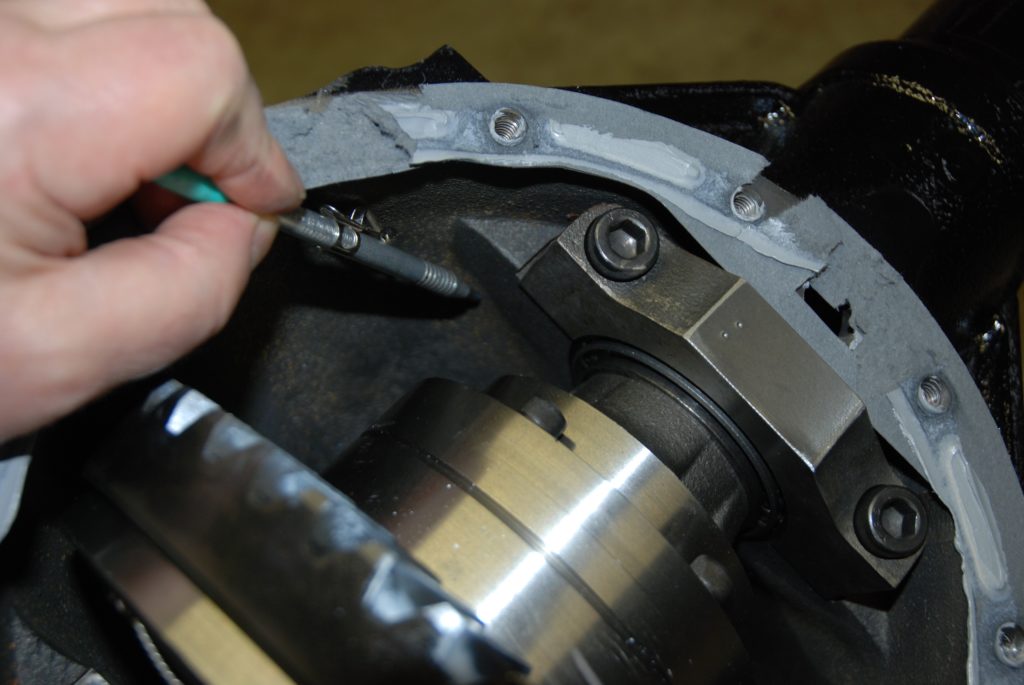 When it comes to torque arm housings, the center section is cast with the special mounting tabs for a late model Camaro torque arm. While it is possible to adapt such a system to something like a 9-inch Ford housing (by way of fabrication), let’s just say it isn’t easy. And according to the most folks in the know, it’s not as strong as the integral mount arrangement. The bottom line here is, the M-W 12 bolt is your best bet.

Finally, we double-checked the dimensions between the custom M-W leaf spring housing in the photos and a stock OEM housing. The locations for all brackets are exactly the same as stock. This means the piece will physically bolt into a specific car with zero modifications.

In the next issue, we’ll dig deeper into Mark Williams’ top of the heap 12 bolt. It’s truly a brute.