RacingJunk News > How-To and Tech Tips > Brakes > What You Should Know About Drag Race Brakes: Calipers 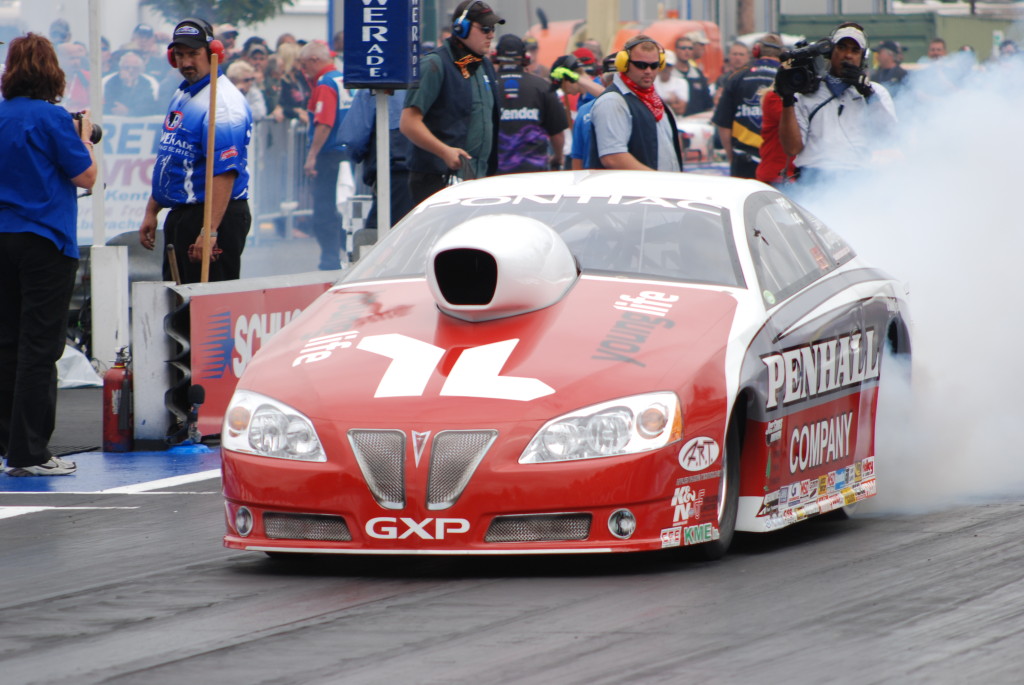 Over the past several weeks we took a long hard look at high quality high performance brake systems – particularly pieces manufactured in America (not that easy to find today, believe it or not).  In those past segments, we examined brake rotors and hats along with a short look at hubs. This time around, we’ll continue the investigation with a focus on brake calipers.  Follow along:
Brake Calipers
When envisioning the job of the caliper, think of it as a hydraulic clamp (albeit a very sophisticated one).  As brake fluid pressure is applied to the “clamp”, it bears down on the spinning rotor, eventually stopping the rotor from turning.  Calipers can be of two different designs:  Floating and fixed.  Detroit uses floating designs with regularity.  In these configurations, the piston (or pistons) is located on one side of the caliper.  As brake fluid force is applied to the floating caliper, the piston is energized, pushing the pad (usually the inner) against the rotor.  Simultaneously, the entire caliper is drawn inward, energizing the curbside pad.  In simple terms, the caliper moves inward (sliding on guide pins or installed on a flexible mount) each time the brakes are applied.

In contrast most drag race brake systems rely on a more robust fixed caliper.  In this case, the caliper has a pair of pistons (or a quartet of pistons), equally arranged from side to side.  As fluid pressure is applied, the pistons equally receive pressure and the caliper clamps the rotor.  Which design is best suited for racing?  There’s no question that a fixed caliper is by far the best for racing applications.  A fixed caliper tends to wear the pads evenly.  A floating caliper has a tendency to wear pads at an angle due to the movement of the caliper.  Although it incorporates one (or more) extra seal than a floating caliper (which might make it more likely to leak), a fixed caliper will take more hard stops before it overheats.  The most important factor is caliper flex.  A fixed caliper is usually far more rigid than a floating configuration.

Caliper rigidity (and consequently, caliper flex) is extremely important. If the body of the caliper flexes, then the “feel” in the pedal will be very soft.  What’s happening is the caliper is spreading wider at the bottom making the pistons contact the pad at an angle.  This leads to braking inconsistency (not good) and tapered pad wear (just as bad).   According to Mark Williams:  “The most important characteristic for a caliper’s stopping ability is the bridge strength.  The limiting strength factor for calipers of this type (fixed  calipers) is the fastener strength.  All of the attention over material types (forged or billet) has little effect on the bridge strength. We tested solid one piece designs but the bolted together caliper, (aluminum) was more rigid due to the higher modulus of the steel bolt strength.  We use four 7/16″ diameter fasteners plus a support bushing to eliminate caliper flex”.

To visualize this bridge strength situation, think of a good old fashioned c-clamp tightened over a piece of 1/2-inch thick steel plate.  Once you tighten the c-clamp completely, turn the handle further.  The steel plate doesn’t move and neither do the jaws of the clamp.  But the clamp handle turns.  Watch the frame section of the c-clamp carefully.  It’s moving.  Even though there is no more clamping power being exerted on the plate, you can still tighten the clamp.  What you’re doing is bending the c-frame on the clamp.  That same phenomenon effects brake calipers, but remember, the forces are manifold.

Compounding the problem is the material used in brake calipers.  While iron calipers are strong, easy to cast in large volumes, easy to machine and relatively inexpensive to produce, they are also extremely heavy.  That’s why racing calipers are almost exclusively manufactured from aluminum.  Several different types of procedures are used to form caliper bodies:  Forgings, machined billets and castings.  Each system has it’s own merits, but as we’ve pointed out above, the real trick with aluminum calipers is to manufacture them with sufficient bridge strength in order to minimize caliper flex.

Internally, there are usually two types of calipers available:  Two piston and four piston calipers are the most common (although there are is at least one six piston caliper available).  In racing terms two piston designs are sometimes called “single” calipers while four piston models are sometimes called “dual” calipers.  For the most part, four piston calipers are used on the rear and two piston or four piston calipers can be used on the nose of the car.  Two piston calipers are obviously lighter, but keep in mind they have less ultimate stopping strength than four piston designs.    Which design is right for your car?  That depends upon the overall weight of the car, the design of the suspension and the intended use.  Obviously, a 2350-pound racecar with less than 50% of the weight on the nose and a strut suspension system can stop easily with a two-piston front brake caliper.  On the other hand, a 3500-pound street-strip car with 55% of the weight on the nose and a stock suspension arrangement may be better served with a four piston front caliper.  In either case, a four-piston caliper configuration should be used on the rear.  Achieving the correct front to rear braking bias is a important balance that must be considered. The fluid system pressures are normally fine tuned with a proportioning valve that can change the line pressures of the front verses the rear.  The bottom line when deciding upon caliper arrangements for your car is to contact the brake manufacturer directly and get their recommendations.

Two important points should be addressed before leaving calipers:  If you decide to run a Carbon/Carbon brake setup on your car, be sure to use a caliper designed especially for that application.  The reason is heat.  Manufactures of Carbon/Carbon brake assemblies will typically include a special heat shield (most often manufactured from titanium) to protect the caliper (and fluid) from the inferno created by the brakes.  Don’t take this lightly – with brakes capable of reaching temperatures of 1700 degrees, temperature control is critical.  Another important point is caliper mounting.  If the caliper moves or flexes during operation (we’re talking about fixed calipers, not floating configurations), then it can twist on the mount.  The result is a spongy pedal, excessive pedal travel and uneven pad wear.  A well-designed caliper mount will be manufactured from high strength 7075-T651 material or equivalent. 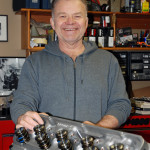