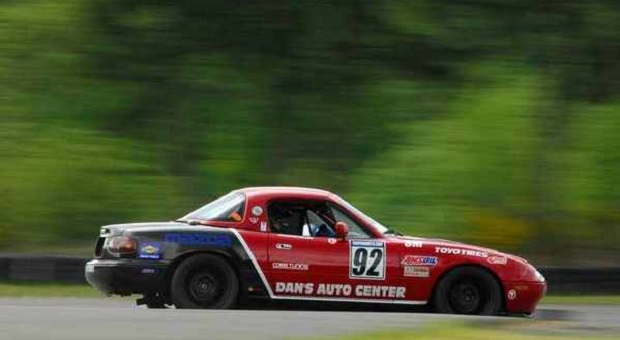 What is it that gives certain drivers a distinct advantage when it comes time to lay down one quick lap? Some drivers have an obvious edge here, whereas others simply don’t – and those who can’t cut the mustard have to work extra hard during the race to compensate. It’s not easy to find that little extra in one’s own ability, since it requires treading into an area of performance which make most drivers slightly uncomfortable. However, it’s not just boldness, grit or bravery that a quick driver needs to secure the frontmost position on the grid.

Getting into the state of mind necessary for a quick lap requires different approaches for different temperaments. I remember one jovial instructor suggesting I envision a girl I liked the look of before heading out onto track. “I remembered my best friend’s older sister. It worked for me,” he said with a shrug of his shoulders. Fueled by Red Bull and concentrating on that one redhead with whom I’d shared eighth grade English, I went out confident I’d snag pole position. I bit my lip and hoped that my instructor’s advice would stir some sort of beast within. It didn’t.

It’s important to try and remember that qualifying is a high-speed game of connect the dots. Obviously, sheer exuberance is not going to get a driver too far, since locked brakes and massive handfuls of opposite lock aren’t the best way to progress forward. What a driver needs to do is “hit their marks,” as some like to say. Others use the term “ringing the bells,” which, though describing something slightly different, amounts to basically the same thing. In other words, a driver needs to get the turn-in points, apexes and braking distances millimeter-perfect before trying to extract the extra 10% courage and a heightened sense of awareness can offer.

Fortunately, there is a semi-methodical approach to racing for the drivers who can’t drive on adrenaline alone. Once a driver gets an idea of their lines and the places their car should occupy on-track, they can nibble away at the lap time: squeezing the brake pedal a few feet later, releasing that pedal a few feet earlier, taking bigger chunks of curb when possible and applying that throttle just a fraction of a second earlier than the brain suggests. Since it’s easy to overcook a qualifying attempt, it pays dividends to work up gradually to these points rather than going banzai on the first lap. 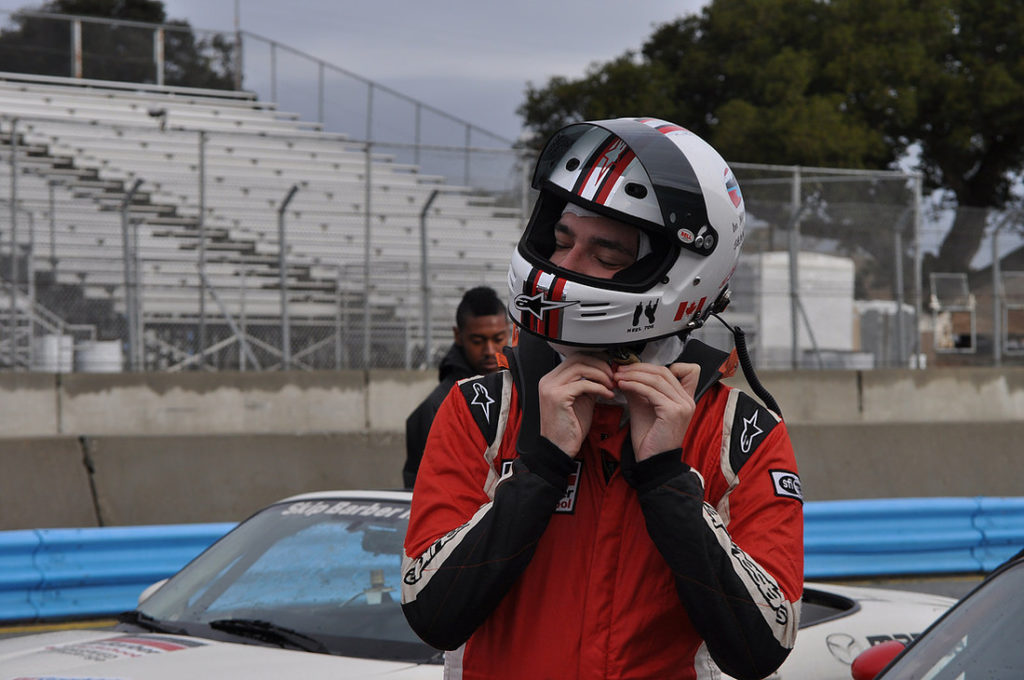 After donning the helmet, the driver needs to be completely concentrated. Those who manage this the best seem to be slightly aloof and self-contained when they pull their visors down.

Getting the Right Ingredients

Another reason to avoid the bull-by-the-horns approach on the first lap is, even if you’re ready to string together that pole lap, the car might not be. Getting the tires up to temp quickly – more quickly than others – can prove a huge advantage, because it not only gives you more grip, it can give you more time to explore the limits of adhesion. If the series doesn’t use tire warmers, what lots of drivers like to do is brake hard and turn the steering wheel violently. Braking heats up the rotor, which in turn warms the rim, which then transfers the heat to the carcass of the tire. Zig-zagging warms the outer surface of the tire. Turning and braking, or turning and accelerating simultaneously, will stretch the tire and provide the necessary stick.

The driver can try to make their car a little pointier by stiffening the rear, softening the front or changing the aero balance front to rear. This would not necessarily be the best setup for an entire race, since the car would be hard to live with and premature tire degradation would squelch average race pace, but in qualifying it’s about getting the absolute maximum out of the car – being the hare, not the tortoise, is the objective here.

Once the tires are up to temperature, it’s most important to try and get the most out of them. Depending on the category and the amount of money involved, it might make sense to drive the qualifying tires off the car. Other series mandate drivers must start on the tires on which they’ve qualified, so the driver needs to be sure not to wear them out too quickly. Whatever the case, the quickest drivers need to understand the limitations of their tires, and since the qualifying session is typically quite brief, the drivers need to extract the utmost from their rubber and themselves in a relatively short span of time. No wonder drivers often look a little tense before the start of qualifying.

The environment should try to suit the driver, too. Not only should the car be working optimally, but sometimes waiting until the later stages of qualifying helps enormously, since the track has “rubbered in,” and there’s a little more grip available from all the tires depositing little specks of rubber on the line. For that reason, it’s crucial to try and attack the track when the ambient temperature is best, so everything warms up and offers the desired amount of grip.

Waiting can be useful for other reasons, as well. Waiting to find a break in traffic is helpful, since all the speed and talent in the world can’t compensate for a backmarker trudging around on-line as you’re trying to stick in a flyer. It’s never easy guessing this period in the qualifying session, but if guessed correctly, it’s an easy way to improve the chances of a quick lap. 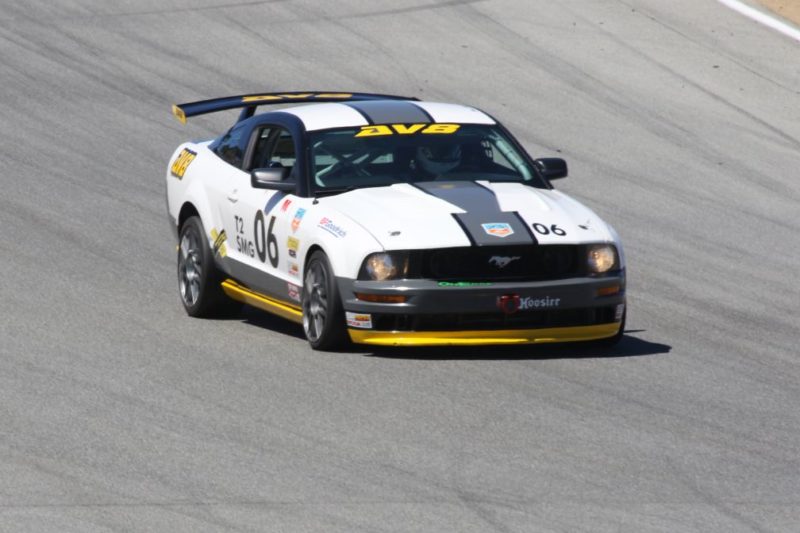