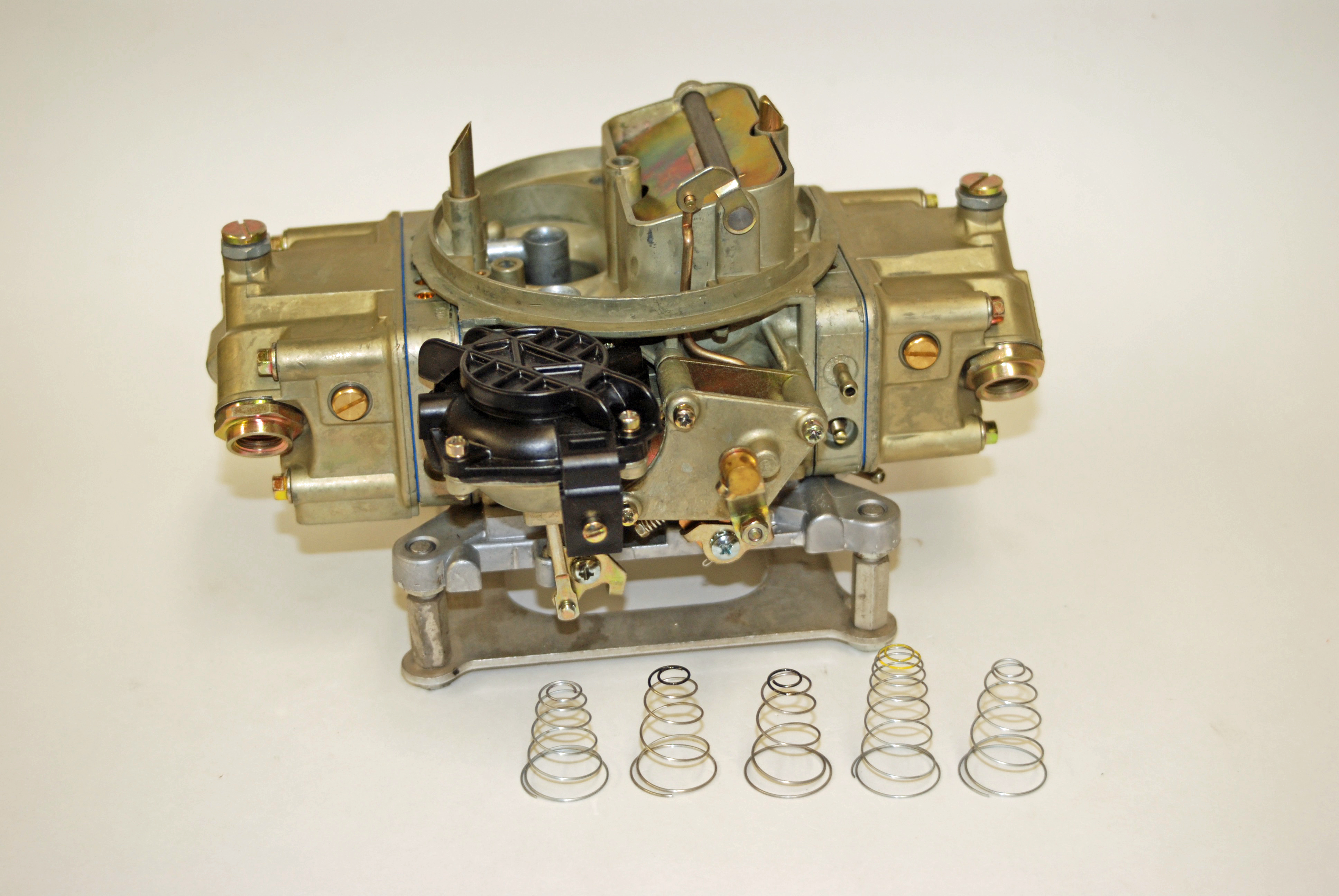 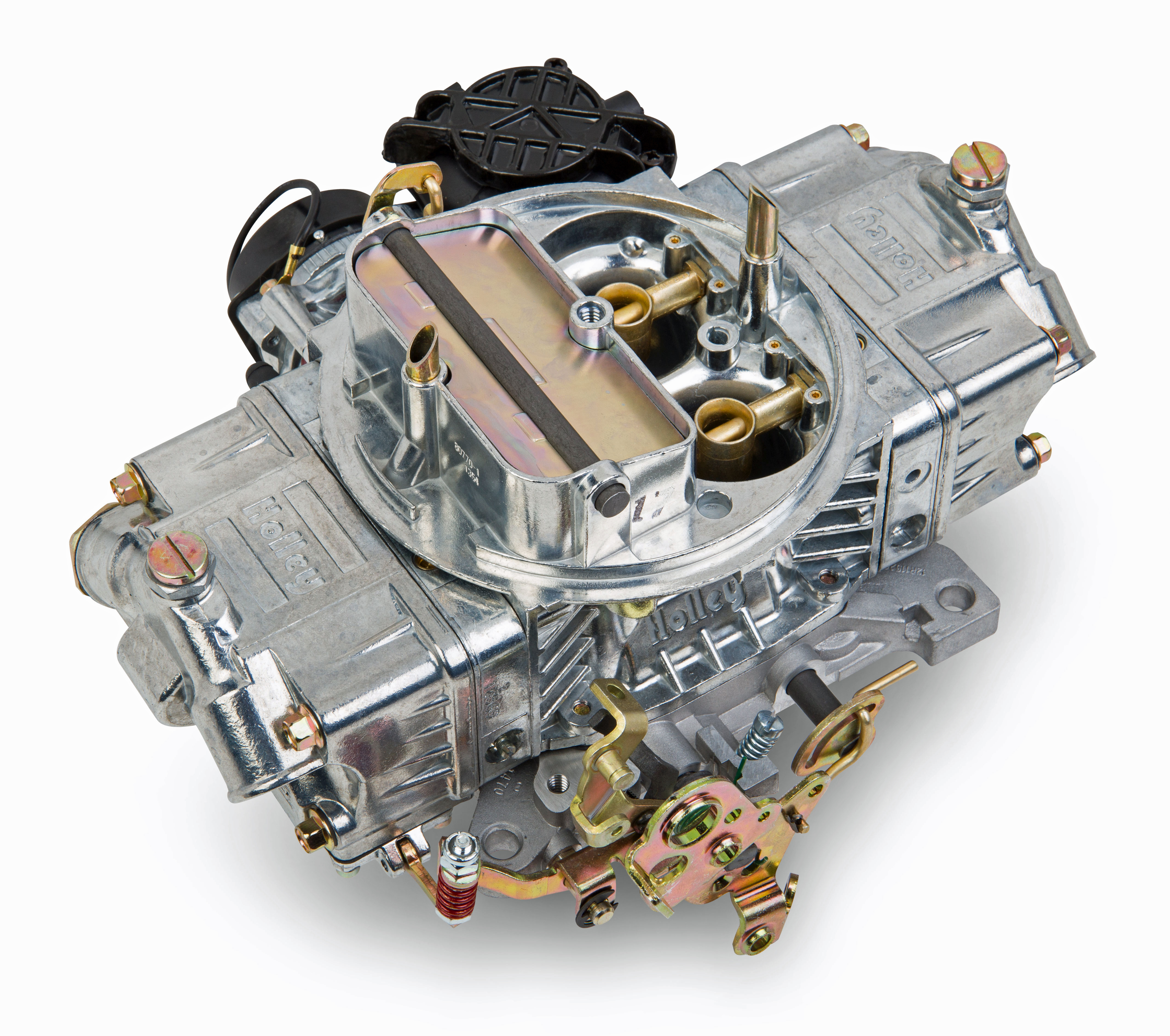 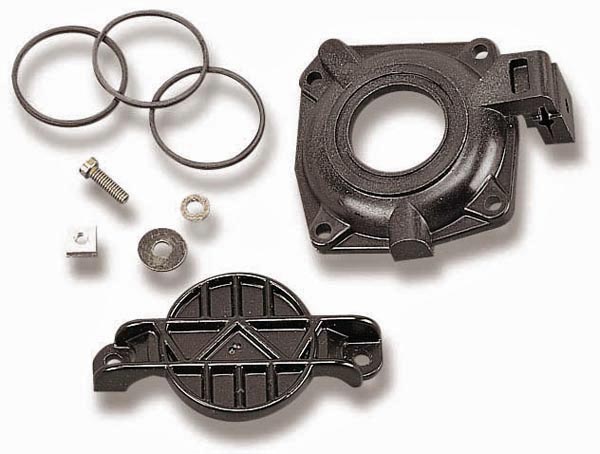 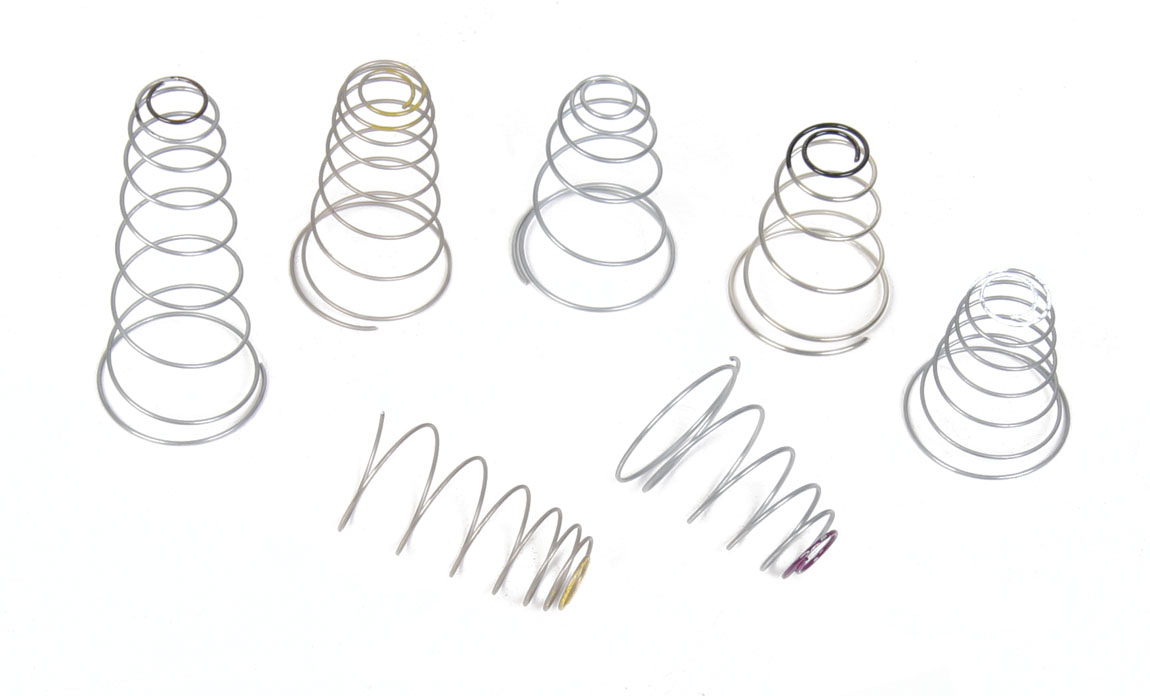 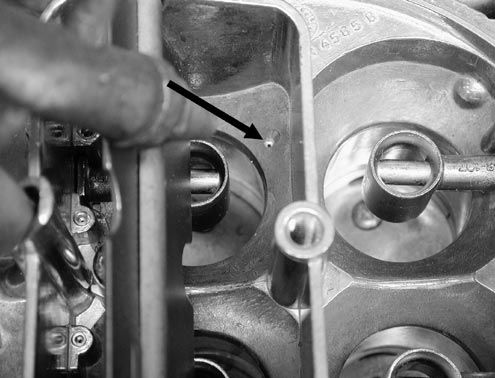 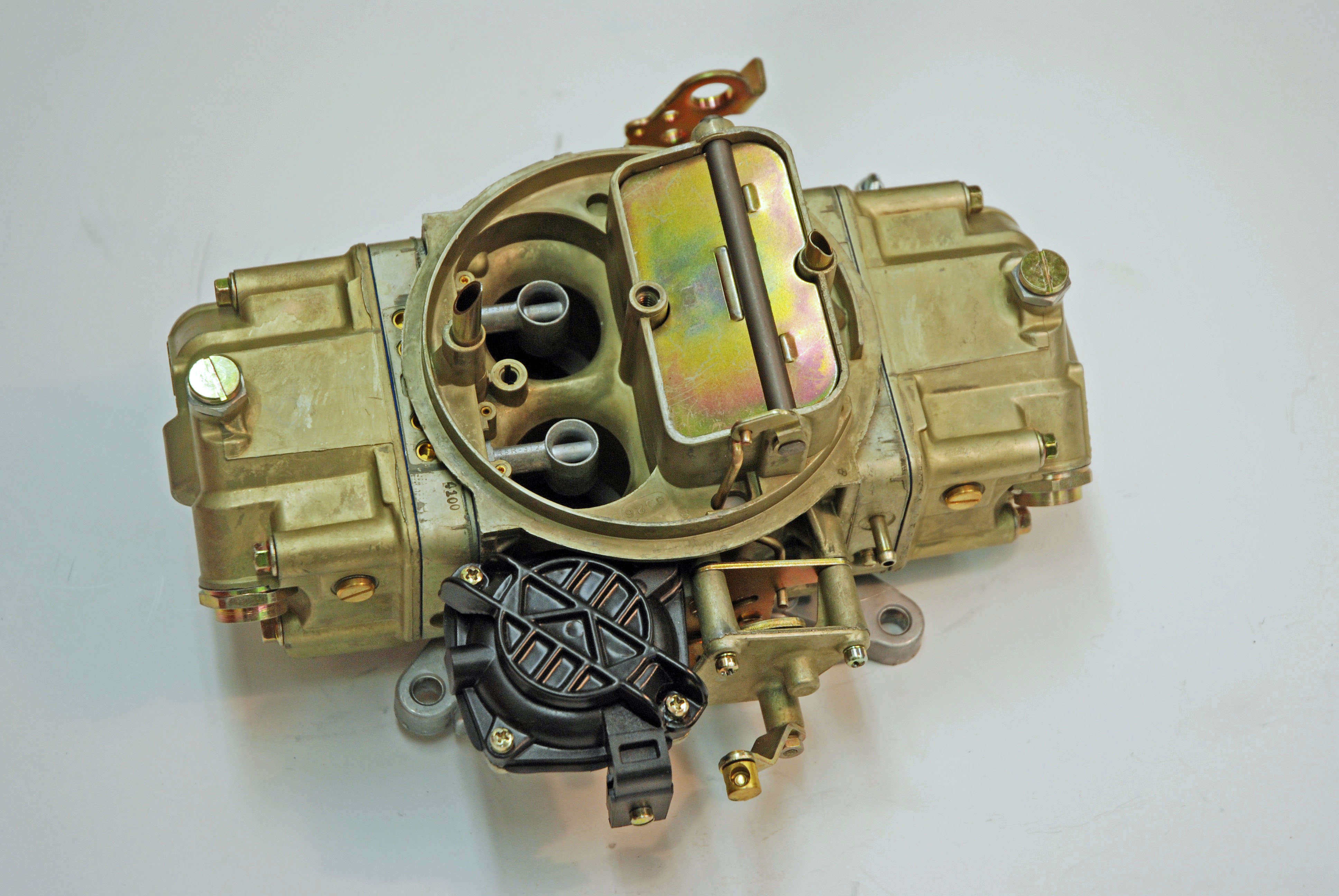 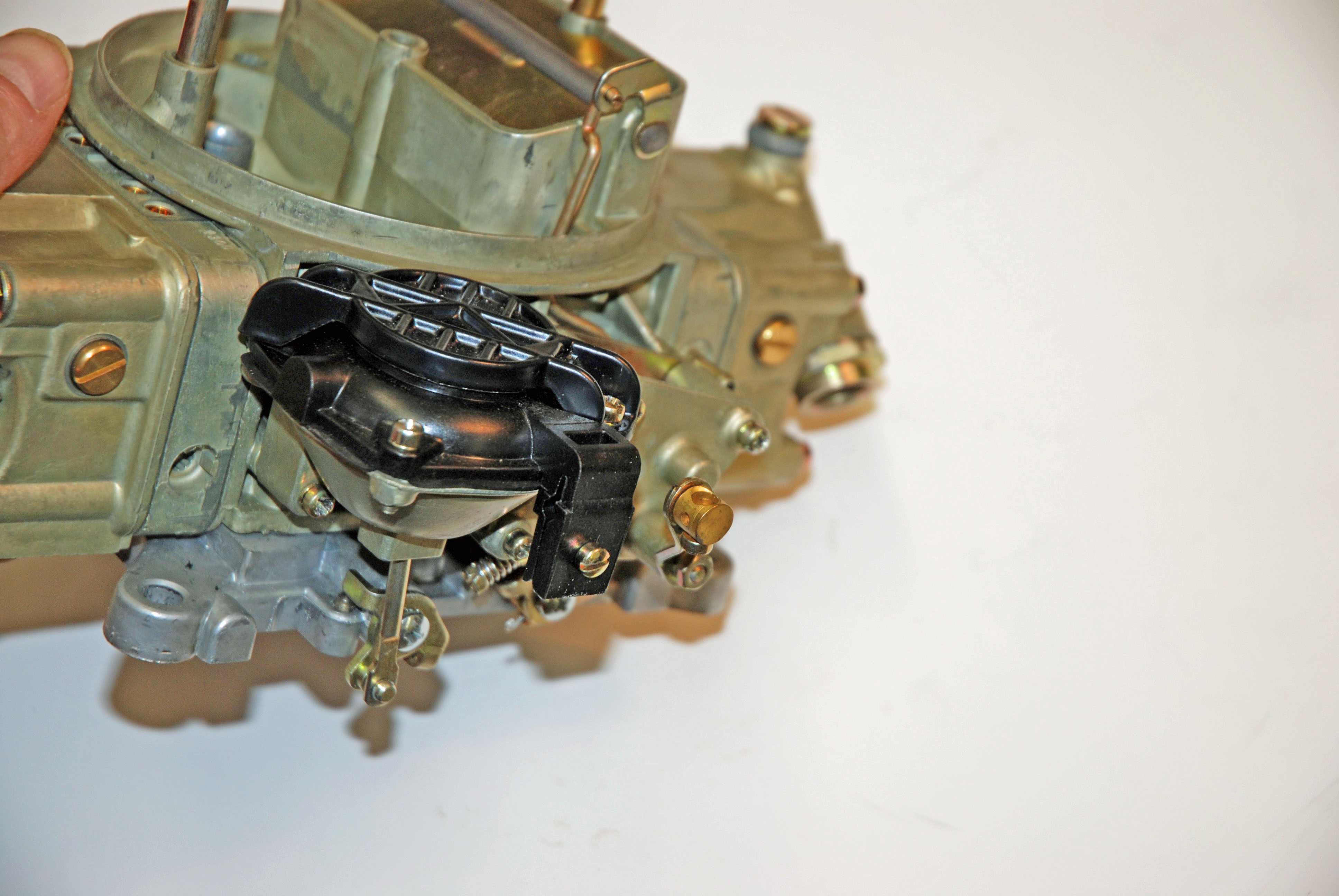 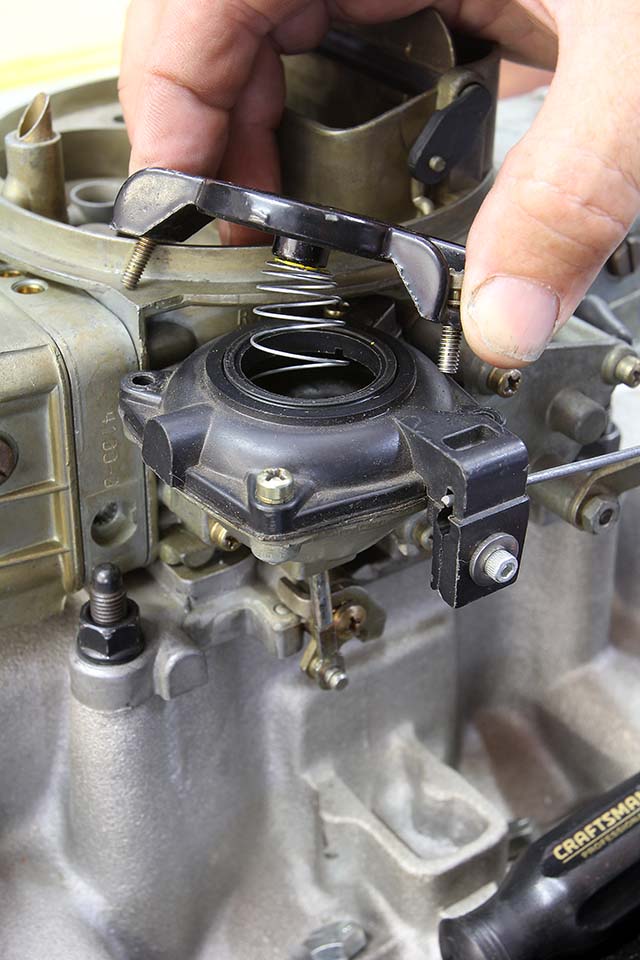 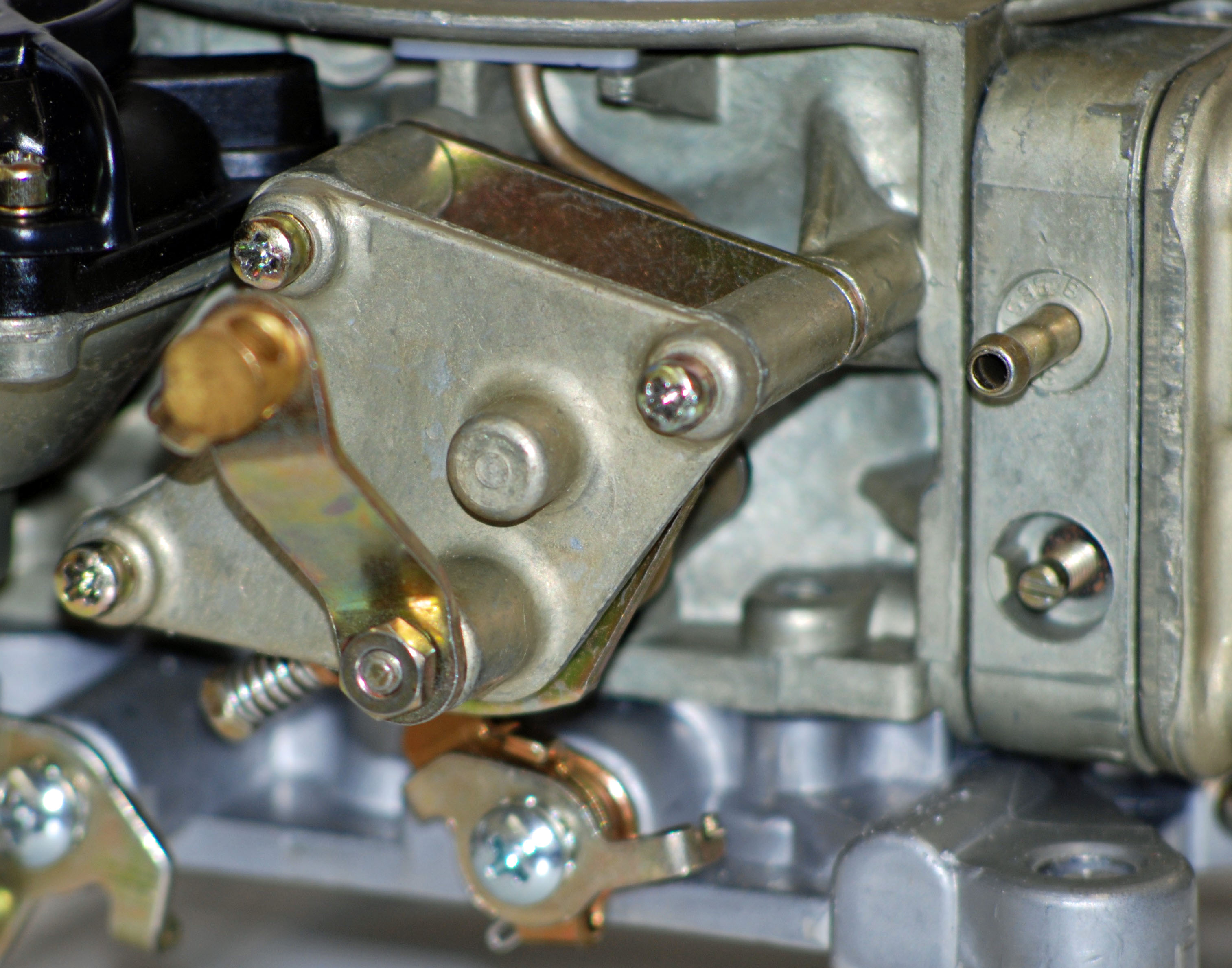 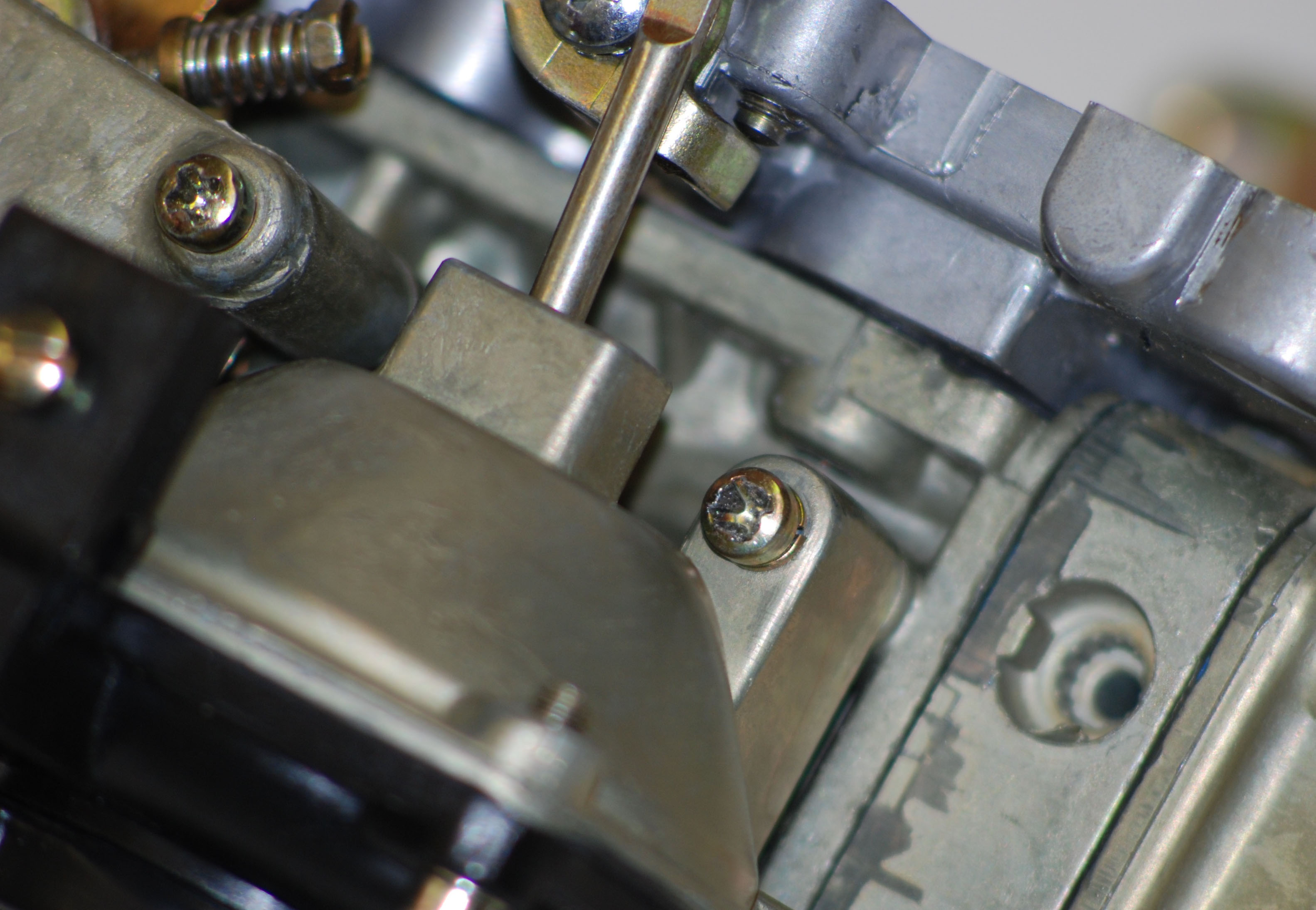 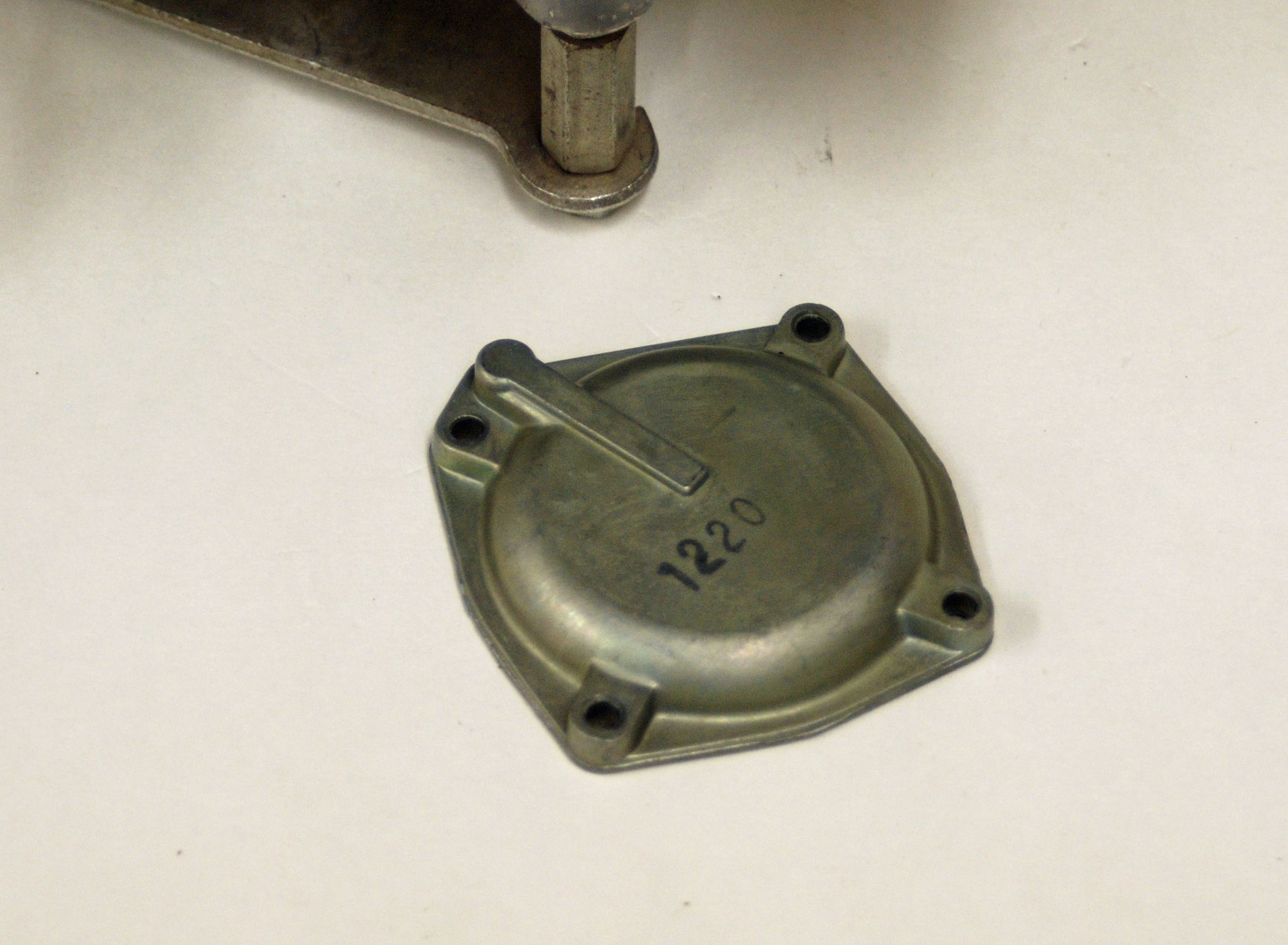 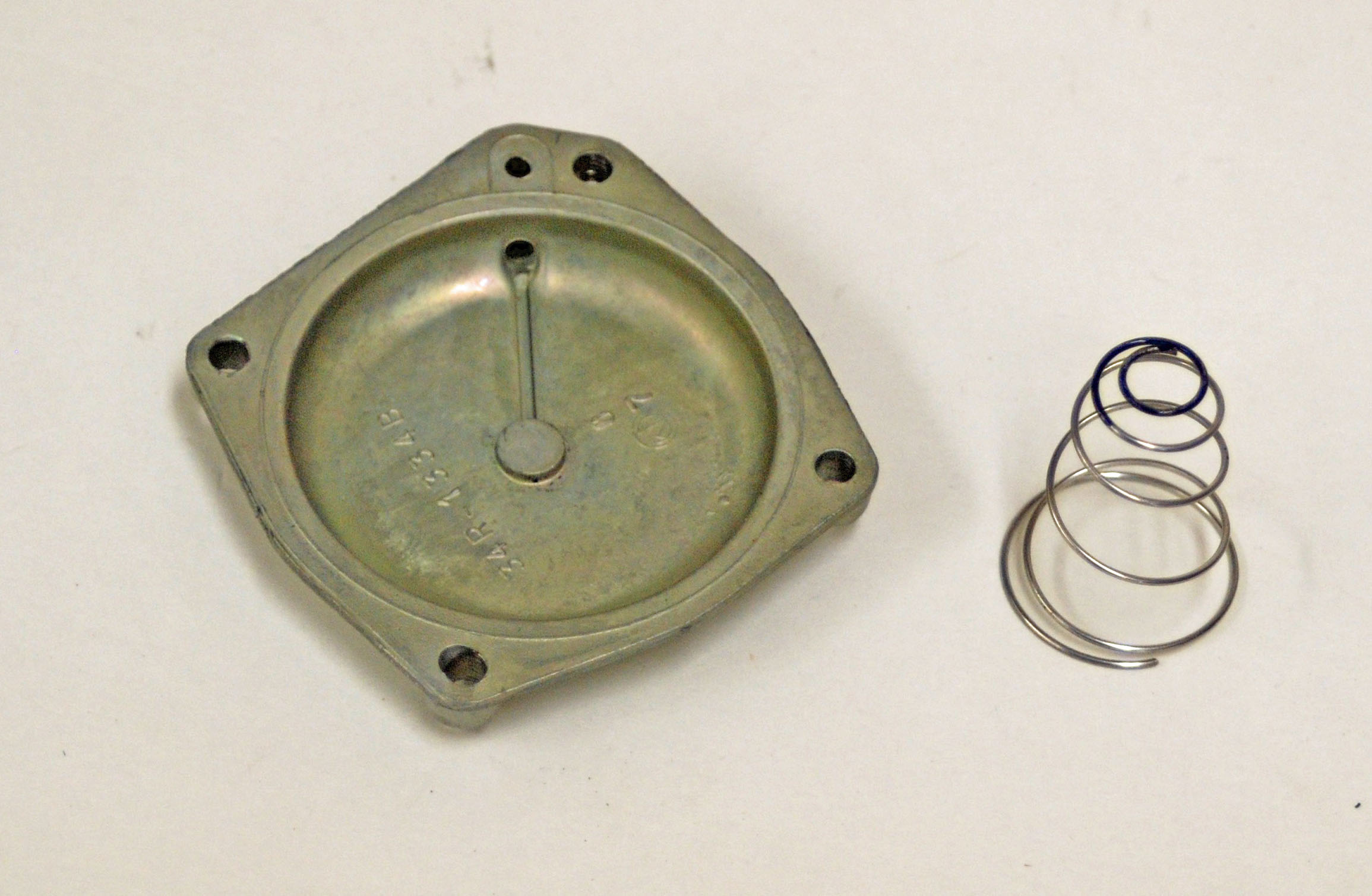 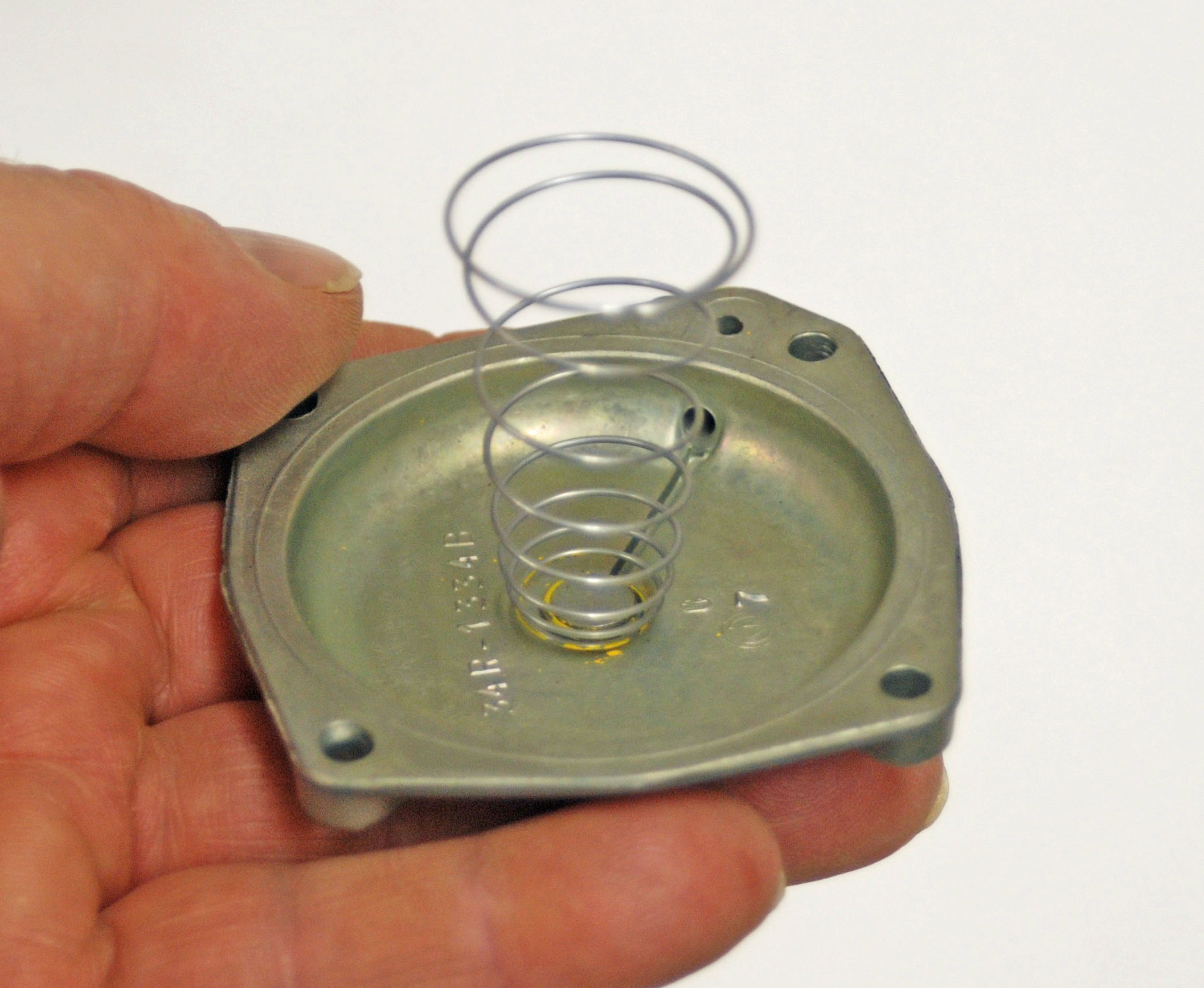 Trailer Tuesday: 2022 Bravo 24′ Scout Car Hauler for $35,700
Images via Holley
The carburetor is a wondrous but sometimes-mysterious device mounted on top of an engine that makes it run. The way it works is by drawing fuel and air into the engine by way of a vacuum that is created while the engine is running. Regulating the airflow into the carburetor are throttle blades that are connected to the throttle pedal. Some engines can make do with two small blades (two barrel), but on a performance engine, a lot more air and fuel needs to be fed into the engine. These engines typically have four throttle blades (four barrel). Depending on the carburetor, a four-barrel’s secondary plates will open at different times, and can be actuated by different means.

A vacuum-secondary carburetor is well suited for use on mid to heavyweight street-driven cars that are backed by an automatic transmission. A vacuum secondary carburetor tends to be more forgiving than a double pumper, since they do operate by sensing engine load. This is because the secondaries open in relation to the vacuum signal developed by the engine. When a predetermined amount of vacuum is sensed, the vacuum diaphragm pushes against a spring. When the spring’s resistance pressure is overcome by engine vacuum, the diaphragm is able to pull the secondary throttle blades open.

The rate at which the vacuum secondaries open can be manipulated by changing the springs in the secondary diaphragm. If the secondaries open too early (the spring is too light), you will experience a hesitation, because there will not be an adequate vacuum signal to pull enough fuel into the venturi; especially since a vacuum secondary carburetor has no secondary accelerator pump to cover this transition. When they are opened too late (the spring is too heavy), you might not run into any drivability issues, but performance will be hampered, and the engine will feel a little sluggish.

Speaking of sluggish: The ignition-timing curve should be optimized prior to tuning the secondary opening. If the timing curve is not optimized, your engine will feel lazy, no matter what adjustments you make to the carburetor.

Back to tuning the vacuum secondary system: According to Holley: “If we could make our vacuum operated secondary carburetors perform better by opening the secondaries mechanically, it would be in our advantage to do so since all that vacuum actuating hardware is expensive and requires much time and money to calibrate. Our mechanical secondary carburetors all utilize a pump shot to prevent bogging when the secondaries are opened. Those who feel a kick in the pants when the secondaries “kick-in” are actually feeling a flat spot during initial acceleration because the secondaries have already begun to open and have weakened the fuel delivery signal to the primary boosters. The engine struggles to increase speed and what they actually feel are the secondary nozzles “crashing in” as the engine finally reaches the speed where it provides the proper fuel delivery signal to the primary and secondary venturi. Opening the secondaries early causes the situation described above. The secondaries must not open until the engine requires the additional air. This allows torque to increase along the peak torque curve. Performance is compromised less by holding the secondaries closed a little too long than by opening them a little boo soon. If the opening rate of the vacuum operated secondaries is properly calibrated there should not be a “kick-in-the-pants”; only a smooth increase in power should be felt.”

Due to the fact that no two cars (and no two carburetors) are tuned exactly alike, Holley offers a kit under part number 20-13 that is designed to fine-tune the secondary operation for your car. This kit contains several different secondary diaphragm springs. What’s the difference between them? Basically, the larger diameter the wire, the stiffer the spring and the later the secondaries will open. Essentially, the springs all have a different “rate”.

Typically, heavier cars require stiffer secondary diaphragm springs than lighter cars. The configuration of the air cleaner along with its restriction plays a critical role in spring selection. Because of this, it’s important to tune with an air cleaner installed if that’s the configuration you run the car in (obviously, mandatory for a street-driven car or truck). If testing in your garage or driveway, never “wing” the throttle and expect to witness the secondaries open. If the secondaries open, that usually means they are opening too soon. Secondaries should only open when the engine is under load (more below). Never trim a spring in an effort to make a spring lighter so that the secondaries will open sooner. Contrary to what you might first think, clipping springs actually increases spring rate which, will in turn delay opening.

Secondary spring tuning isn’t an exact science. Honestly it’s a game of trial and error. If the car in question has a medium-heavy or heavy spring in the secondary side (for example, brown or black), the secondaries might not open, even at very high RPM. A lightweight 350-cubic inch, street driven small block hot rod might not open a black spring secondary at an engine speed of 8,000 RPM! The tuning solution is actually extremely simple: Install a very soft spring and then work your way back (with progressively stiffer springs) to a point where the car is both driveable and responsive. Keep in mind that vacuum secondaries should not hammer open. The ideal situation is one where the spring opens the secondary butterflies gently.

Sounds simple enough, but there are so many variables, where do you begin? Holley notes that the idea is to tune the secondary spring while the car is in high gear. This tends to maximize the load the engine sees. If there is no stumble in high gear, Holley tuning experts point out there won’t be a stumble in the lower gears either. If you tune the other way around (using first or second gear as the base line), additional torque multiplication from the gearing exists. This tends to disguise overall performance, particularly when the car is in high gear and you hit the throttle hard.

Check out the accompanying slideshow for more info:

Click Here to Begin slideshow
Some Holley carburetors are sold with the quick-change secondary spring kit already installed. A good example is this Street Avenger carburetor. Three different secondary springs are supplied with this carburetor.
Here’s a close up look at the Holley kit. The kit allows you to change the springs without disturbing the secondary diaphragm. It does not include secondary springs. You need to purchase these separately.
These are the springs included in Holley’s secondary diaphragm spring kit (part number 20-13). Each spring is color-coded (on the small end only!). The color code determines the rate of the spring, and consequently, determines the opening rate of the secondaries. Springs should not be clipped in an effort to open the secondaries sooner. Clipping the end of the spring will increase the rate and thus increase the spring rate.
With sufficient airflow going through the primaries, the venturi effect will pull enough vacuum on the secondary circuit to open the secondaries (spring rate permitting). If you remove the carburetor and trace the vacuum circuit you will see that it goes to the right front primary bore just below the booster. With sufficient air moving past this orifice, it will pull vacuum on the channel.
If you look closely at Holley’s quick-change secondary kit (as installed on this 3310), you’ll note a pair of Phillips head screws retaining the quick-change cover. Remove the cover and you have access to the spring.
In this photo you can see how the quick-change cover is easily removed to access the secondary springs.
With a conventional vacuum housing, access to the spring is more difficult. The choke housing or the choke cap (provided the carburetor is equipped with an integral choke) must be removed first.
Once the choke is removed, you’ll find three screws affixing the vacuum secondary diaphragm housing to the body of the carburetor. A small gasket (circular in shape) is used to seal the housing to the body. It can stick to the housing or the body – don’t lose it
With the diaphragm housing removed, turn it upside down. You’ll be met with four Phillips head screws that are used to secure the diaphragm cover. Remove these screws. Gently remove the cover. In some examples, it's often impossible to remove the screws without tearing the diaphragm. Remove the diaphragm cover (shown here). If it won't come off, then use a small screwdriver to pry the cover off. In some carburetors, you might find a small check ball in the diaphragm body. Don’t misplace it, and note the location.
Note of the spring color (code) that is inside the diaphragm along with the orientation of the spring. Compare the spring color code to the chart included in the article copy. When reassembling secondary diaphragm parts, take care to properly align the vacuum passage in casting with the “cut-out” in the rubber diaphragm.
At this point, you can install the secondary spring in the top diaphragm cover. The small end of the spring snaps onto the center post inside the cover as shown here. Slip the cover and spring over the diaphragm (which should be installed in the lower housing). Line up the screw holes and the vacuum port hole. Install all four screws, taking care not to tear the rubber diaphragm. Tighten the screws in a crisscross pattern. Reassemble the diaphragm to the carb body. You can now test the carburetor.
Here’s a handy Holley RPM reference chart for spring tension. As you can see, it takes quite a bit of RPM to open something like a black secondary spring.
Back to Post

2 Comments on Tuning a Vacuum Secondary of a Holley Carb