Let me tell you, there’s nothing worse than installing a beautiful engine you’ve just spent days or weeks lovingly rebuilding and reinstalling in your hot rod or strip burner and going to fire it up, only to find out that it either runs terribly or doesn’t run at all.  What’s even worse is spending more time and effort determining that the why of it running terribly or not running at all is because you torque some bolts incorrectly, or didn’t torque them at all.  Another horrible experience is getting it all back together and installed, only to have it fall apart on the street or track for the same reason – incorrectly torqued bolts or bolts that weren’t torqued at all.

The target vehicles I used for this lookup were a 1969 Camaro and a 1971 Camaro.  Intake manifold bolts and head studs/bolts have to be torqued in a certain pattern and to a certain torque spec in order for your engine to work properly.  Intake manifold bolts on SBC engines should be torqued to 30 lb-ft in a two-step sequence.  First time around, set your torque wrench to 20, follow the pattern, then repeat the pattern (image above) again after setting the wrench to 30.

The image above shows the torque pattern to be used when reinstalling the heads on any SBC engine.  “The book” says to follow the pattern twice, cutting the torque spec in half the first time.  I have gotten better results by doing it three times.  I start at 30 lb-ft, then 60, followed by 90, except the left front (#12) which should only be torqued to 85 lb-ft, when working on a 327.  If I’m doing a 350, the final spec is 60-70 and that should be broken into three somewhat equal steps (20, 40, 65, for example).

When you’re installing headers on any SBC engine, these can be a royal pain to torque, but they’re no less important than head or intake bolts. The pattern is easy: inside out; or the center bolts first and then move forward and back from there. I like to jump back and forth-the two inside, the next outer two, and then the outer two. Torqueing can be done in a single pass, with the spec being 20-25 lb-ft. I usually split the difference to about 23. Also, if you’re installing stock manifolds, don’t forget to install the half-moon torque spreaders at the front. 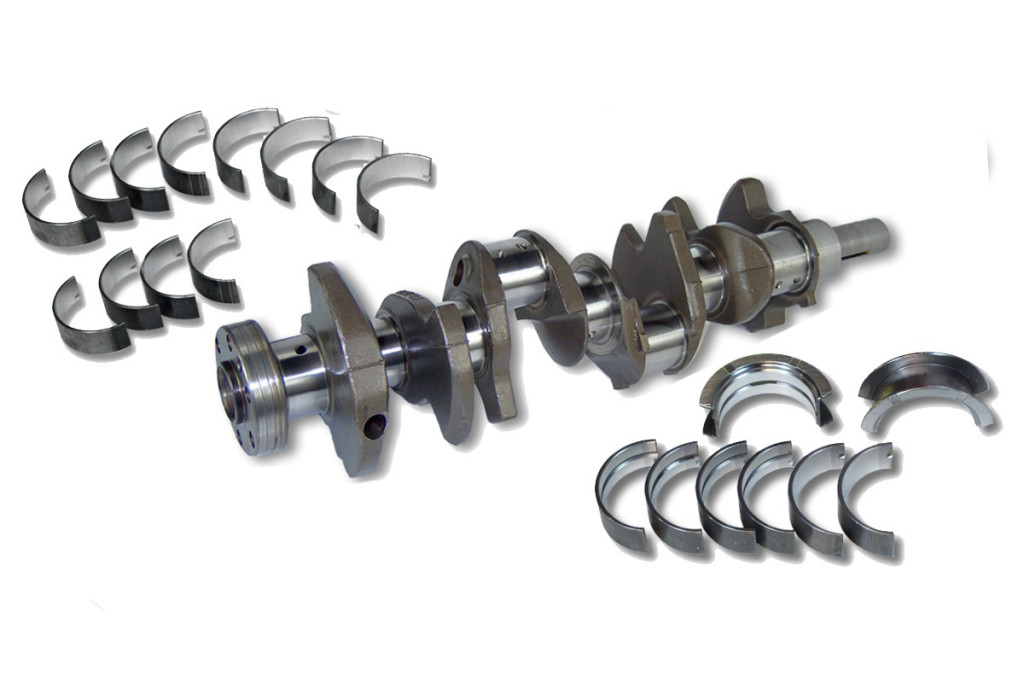 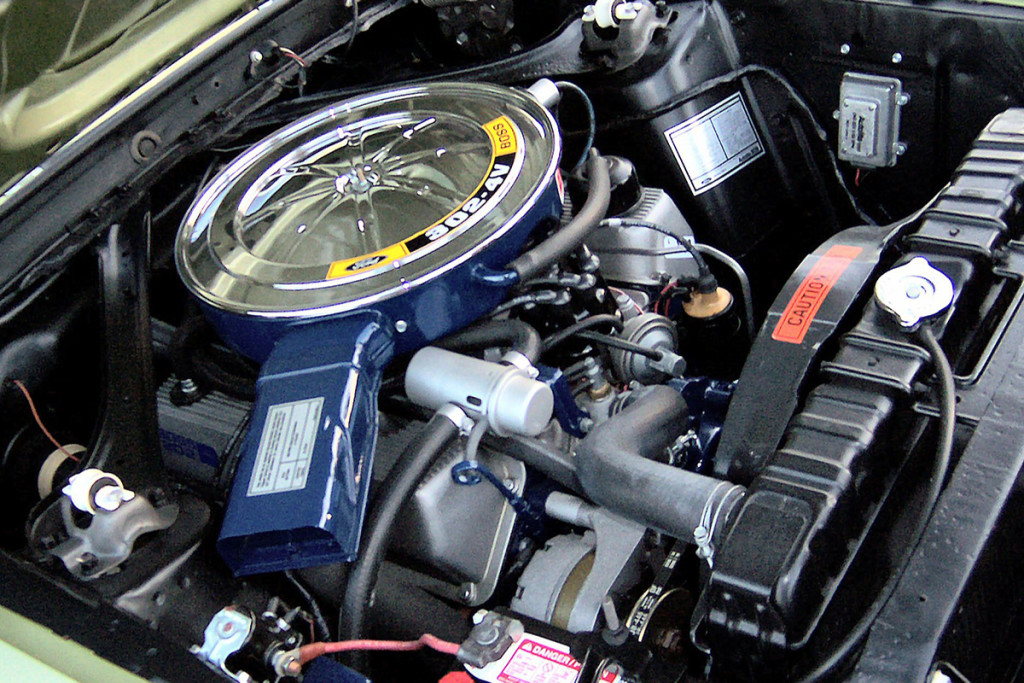 Some variations of Ford’s 351 were actually big block blocks with small block uppers and some internals. These are usually pretty rare to find, so we’re only going to cover the small family of engines (289, 302, and 351) that can be found in the vast majority of Ford strip burners out there and being built. The target vehicle I’m using in my lookup is a 1966 (289), 1968(302), and a1969 (351) Mustang. The photo above shows the torque sequence for 289 intake manifolds. 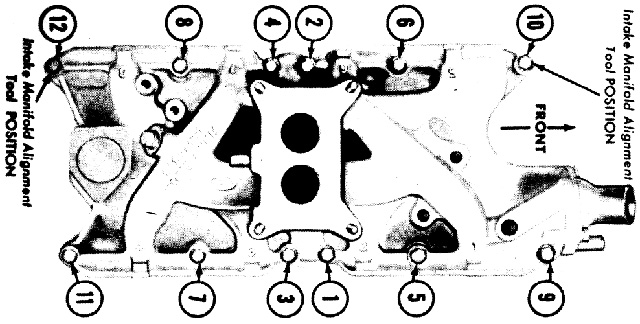 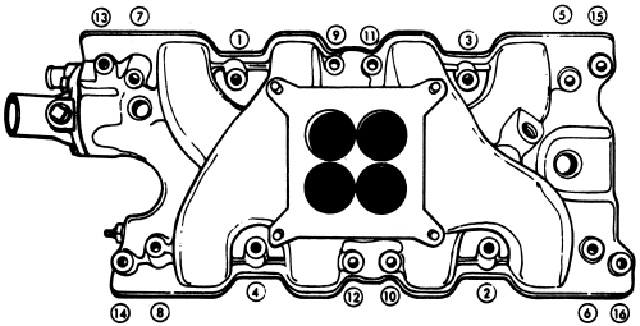 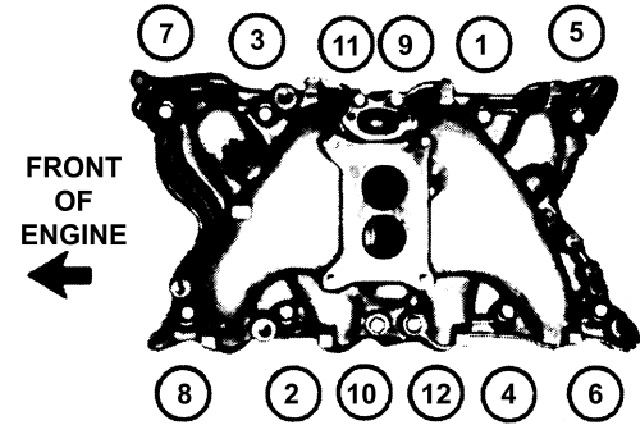 The torque sequence for all three Ford engines can be seen in the photo above. Again, the 289 and 302 are two-stepped (I do three steps) to between 65 and 72 lb-ft. The 351 develops more compression and horsepower, so it needs more torque on the head bolts. These are three-stepped to between 95 and 100 lb-ft.

Other than from the inside out, there are no torque specs I could find for any of the Ford engine exhaust manifolds. Some of the Ford-heads I know tell me that 20-25 lb-ft for the 289 and 302 engines, and 30-35 for the 351 is fine. They also mention that copper gaskets with high-temp exhaust spray gasket sealer should be used.

Torque Specs and Bolt Patterns for the Most Popular Mopar Engines 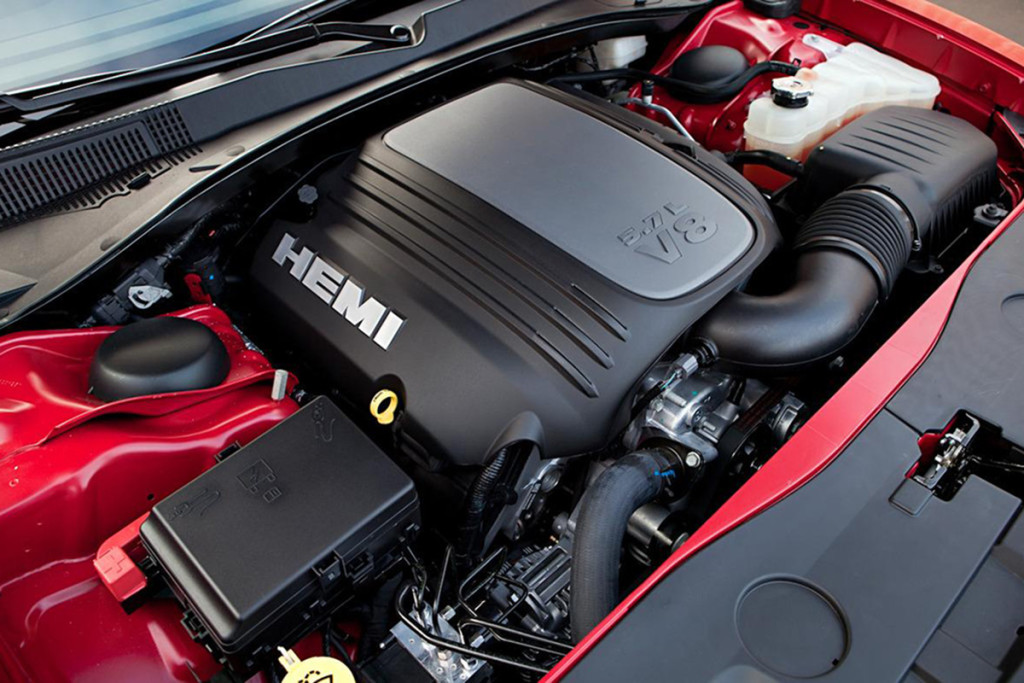 Due to the lack of availability of true Hemi engines for all but those with deep pockets, until recently the engines of choice for hot rod restorations and go fast projects for Mopar enthusiasts have been the 318 and the 360, both of which are based upon the same block. Within the past couple decades, Mopar has made newer Hemi engines more affordable and thus more achievable for the rest of us. 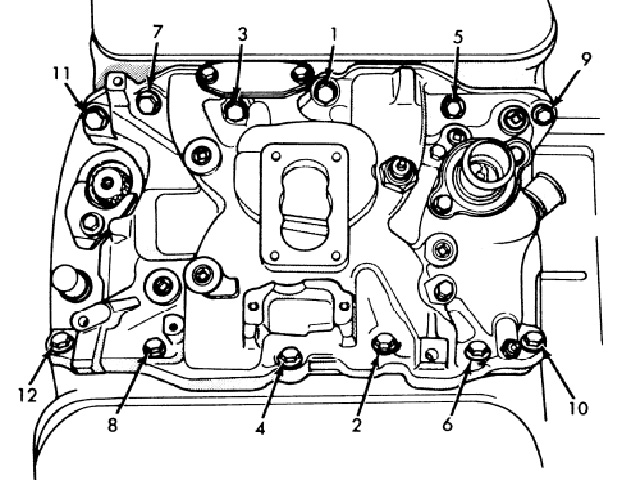 When you’re rebuilding a 318 or 360 Mopar engine, you need to have a torque wrench that can do both light and heavy torque settings. When torqueing the intake manifold on these engines, you need to two-step the torque, following the bolt pattern in the image above, to a maximum of 35 lb-ft. If you’re rebuilding a 5.7-liter Hemi (Below), this is reduced to a single pass at nine lb-ft of torque. 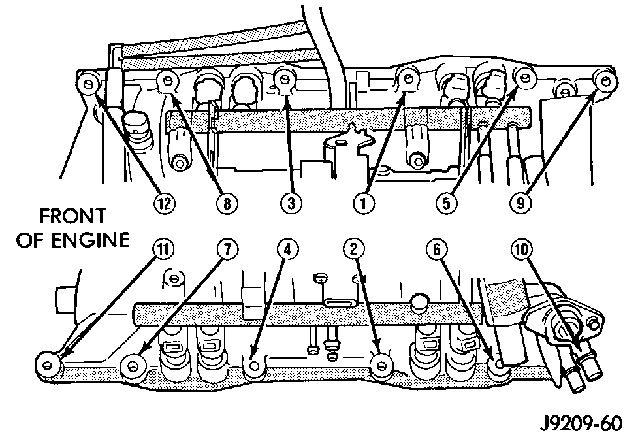 Mopar engines of old were favorites of drag racers for years because they generate gobs of low end torque versus their competitors. This means their head bolts need to torqued more than others. Following the bolt pattern in the image above, you need to three-step your head bolts to a final torque of 105 lb-ft with 318 and 360 engines.

Hemi engines are quite different. Mopar still specifies a three-step torqueing process, but they specify what torque to use at each step, plus they break it down by what head bolts are used. The first step for M12 head bolts is to 25 lb-ft, with the second step being to 40. After that, turn the bolt another 90 degrees (1/4 turn). With M8 head bolts, the first to steps are 15 and 25, respectively, with the final step also being a full 90 degrees.

When rebuilding the 316 engine rod bolt-rod bearing cap torque should be set to between 45 and 50 lb-ft., This differs from 360 rod bolts that max out at 45. These should be done in two steps, doing both bolts/nuts to approximately 20 lb-ft first and then doing both to the final torque. Hemi engines (the 5.7 liter at least) go to 21 lb-ft and then get a final twist of the bolt a full 90 degrees. 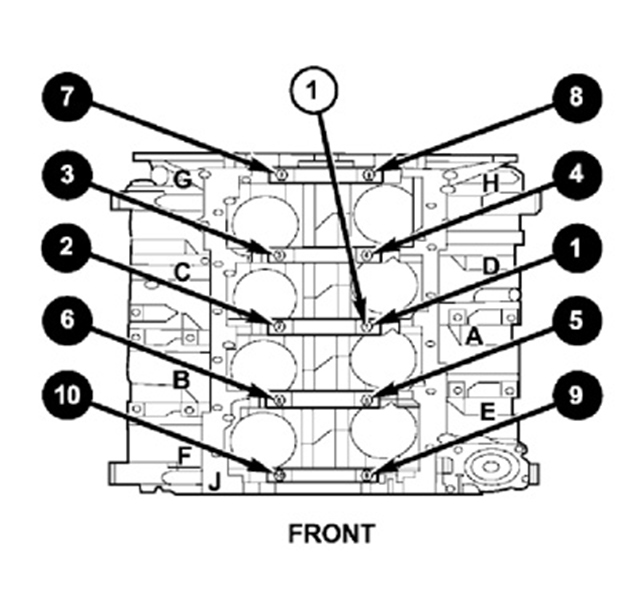 The books also specify two different types (strengths) of main bearing cap bolts. They also specify a two-step torque procedure again, as well as a specific pattern to use (Image above). M12 bolts are to torqued to 20 lb-ft and then turned a full 90 degrees for final torque. Before the final 90 degree torqueing turn, M8 bolts are torqued to 20 lb-ft.