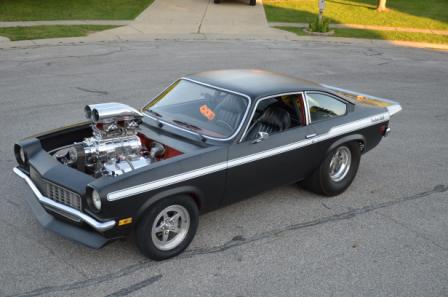 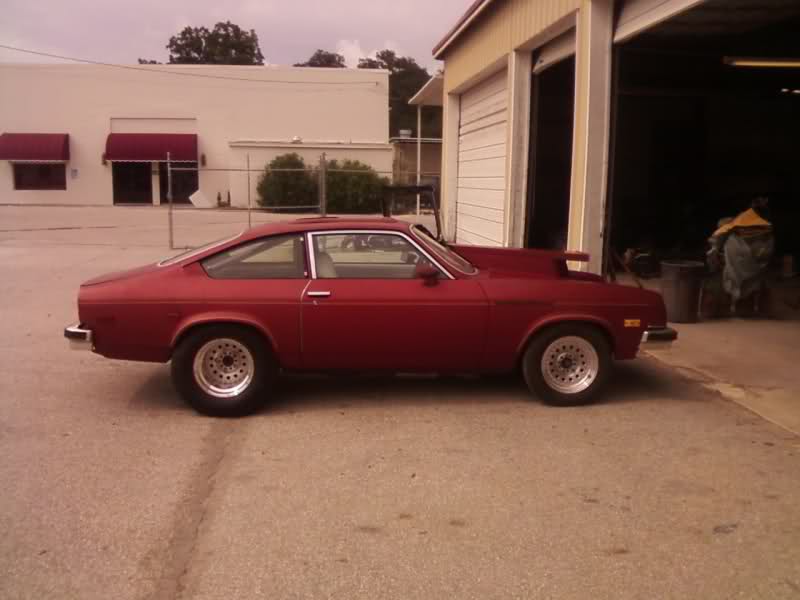 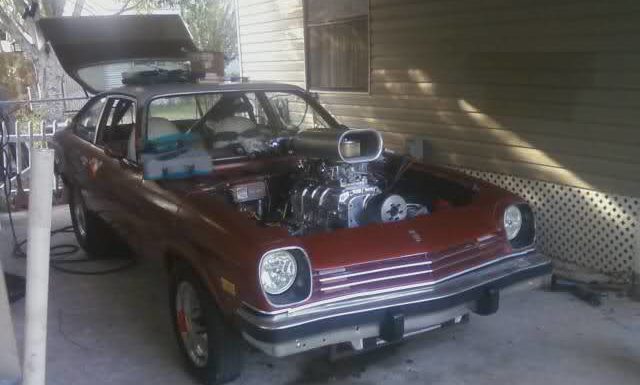 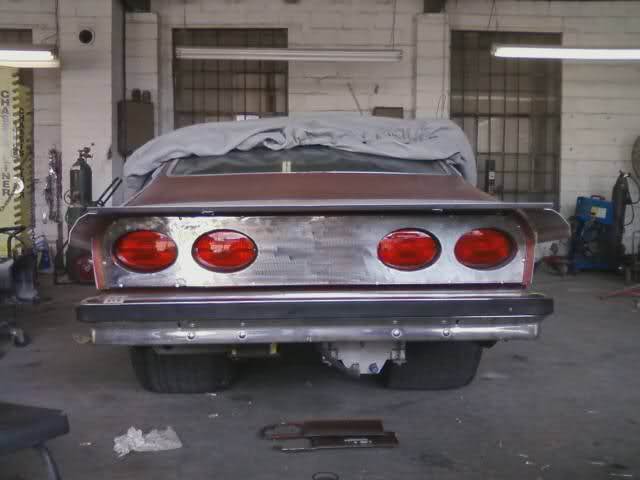 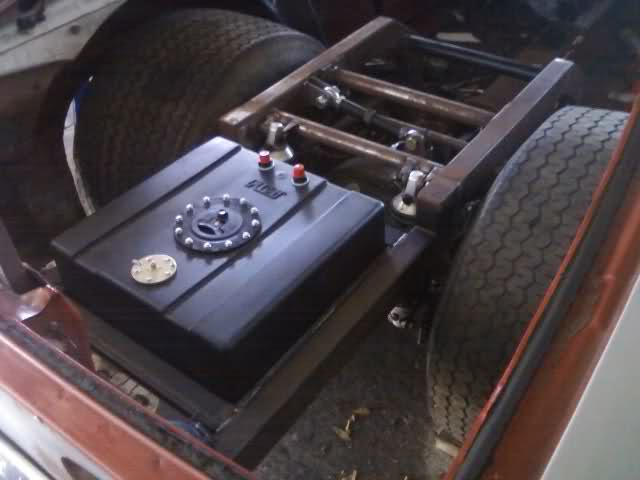 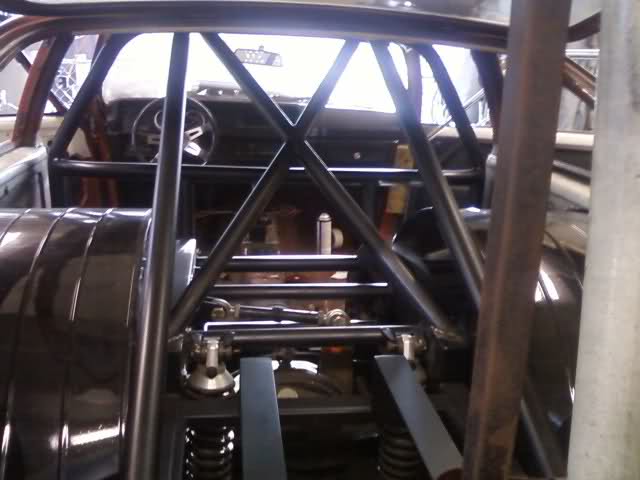 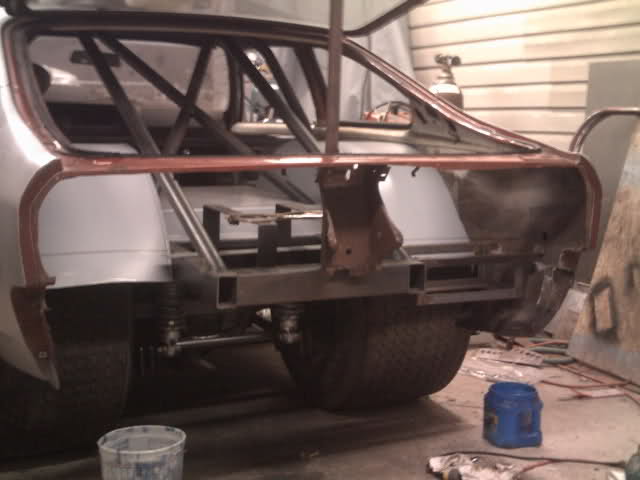 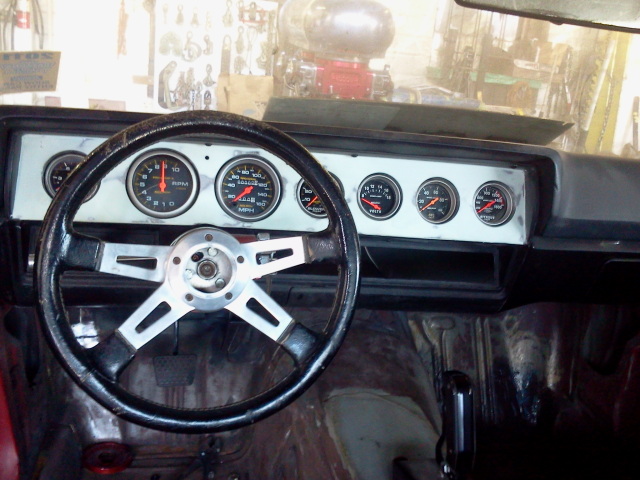 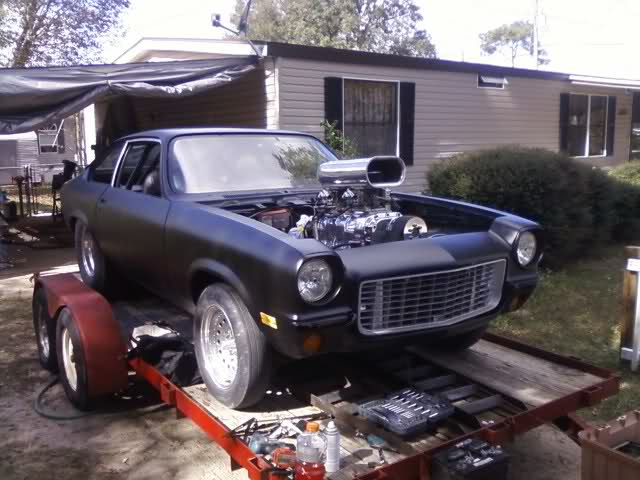 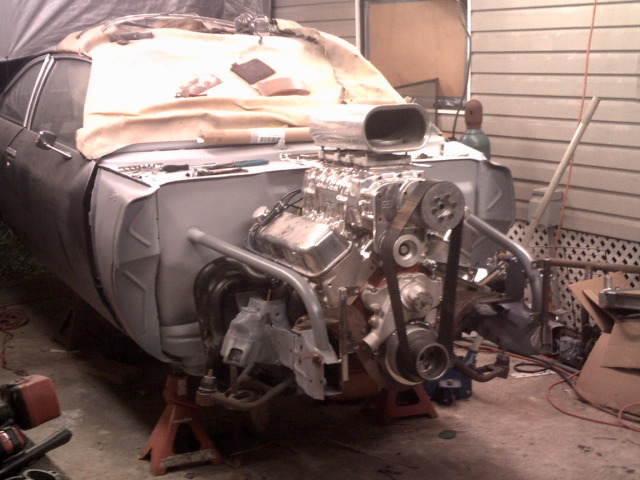 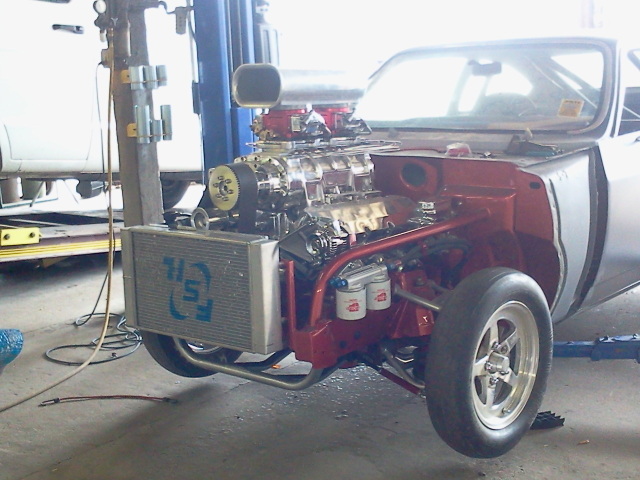 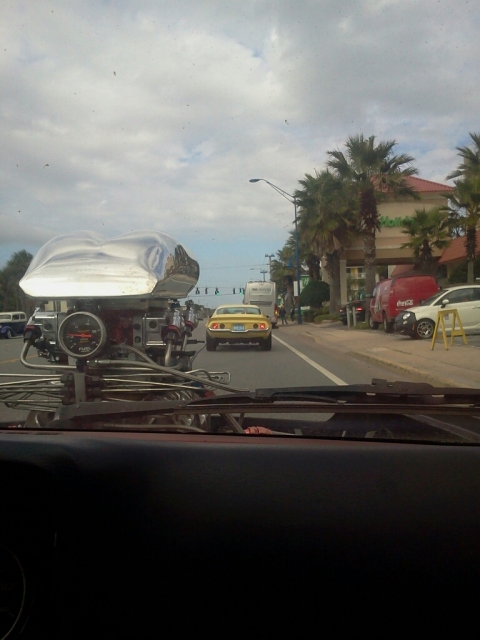 Mitzi’s Motor Mavens: Christina Ortiz
The Vega doesn’t really get the credit it ought to. Simple lines, healthy proportions, and a discreet shape could’ve made it a popular car, but perhaps because it doesn’t exude intimidation, it might’ve been overlooked somewhat. However, that’s all the more reason why to make one into a Pro Street machine. The understatement of the standard body contrasts the massive tires and visible blower seen in Danny’s outrageous creation, like a housecat modified with bionic limbs. Yet, these two seem to gel well, perhaps because they’re so strange and dissimilar. Whatever the interpretation, there’s no doubting this machine oozes performance—just look at that rear rubber!
Even with plenty of traction offered, the new setup was still sedate. Brick red paint was simply not enough to attract attention. Thankfully, the motor could turn heads, and would also serve as a good foundation for a long road of modification. A 4-bolt main 350, bored .030 over, with flattop pistons, a hydraulic cam, 202 heads, Scorpion rockers, and a 750 AED Holley carburetor all driving power through a Turbo 350, and then back on to a Ford 9” with a spool. It would be enough for some, but others need a little forced induction to brighten their day. Danny ensured the Vega would get the power it really deserved. With an 817 blower strapped to the motor, there was enough torque to turn the world backwards. However, that wouldn’t be the end of the power races—a BBC was sitting quietly in the works.
Before that, however, some chassis tweaking was needed. Danny stretched the wheel wells to accommodate the larger rubber, which would sit closer to the fenders now thanks to a 2” lowering job. Lower, longer with a rear spoiler, and greyer with a coat of primer, the Vega looked menacing and purposeful. It also showed no respect for tradition with a set of C5 Corvette taillights sitting underneath that shelf of a spoiler.
Of course, a Z-frame and a competition fuel cell would not only keep the chassis from twisting, but help with rear traction as well. Over the rear meats, Danny trimmed and shaped a set of wheel tubs, and then coated them with a can’s worth of POR-15. Of course, it wouldn’t be a real Pro Street machine without a jungle of tubing in the back; a comprehensive rollcage fit for a stock car.
As this car was now a bonafide badass, Danny started mocking up the parachute setup from the old tail pan.
Danny then turned his attention to the interior. With bits from a Barracuda and a few Chevelle parts matched up to make the dash, he plugged a few subtle Auto Meter gauges and then focused on the seats. The original seats needed their seat tracks shortened by a ¾” to make them sit level due to the frame connectors he installed. Atop the seats went a set of standard, black leather ‘71-’77 Camaro seat covers.
By that point, the Vega was a road-worthy Pro Street machine, and, though still covered in primer, Danny felt proud enough to drive it to work twice. However, the raw nature of the car meant the interior was sauna-like, which only added to the problems of a humid Florida summer. Trying not to die of heat stroke at thirty-five, Danny decided to apply a coat of spray-in bed liner to the floor. A car this pretty deserved another coat. With everything taped off, Danny sprayed the Vega with a layer of flat black with a satin finish. Contrasting the chrome and silver accents, the Pro Street machine was a dragster with undeniable menace now, and would fit in well on the shoot of a Mad Max rendition.
Danny stuck to his word and pulled the 350 to stick a whoppin’ big block in its place. To keep the cabin cool and make room for the bigger motor, he rebuilt the firewall and polished it to let the BBC admire its own reflection. Just as shiny were the new, delightfully dished, five-spoke wheels
My beaNext: custom spindles, a Pinto steering rack, custom a-arms, and a coat of bronze paint to cover it all. With the motor and blower in place and polished, they almost steal all the attention away from the valve covers and their flame engraving.utiful picture
With the front clip back on, Danny added a simple stripe to either side of the car, and called it a day. It had the timeless looks, the perfect proportions, all the drag add-ons, and of course, that gorgeous blower. It might hinder visibility somewhat, but I’m sure that’s a good problem to have.
Back to Post