RacingJunk News > Racing > Off Road Racing > The Off Road Universe: The Lights 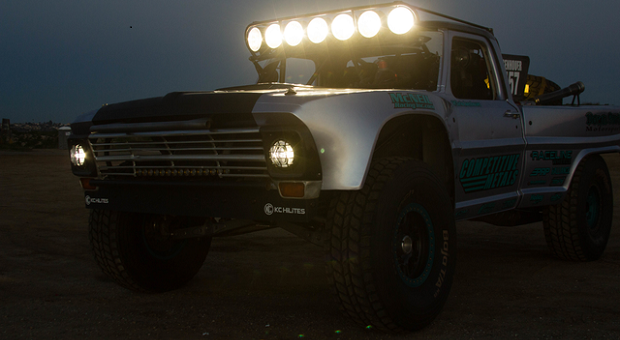 In the first two parts of this series, we discussed the very first things an asphalt driver says make an off-road rig. Now we talk about that third part that usually gets brought up: lighting. Just as with tires, there isn’t one light design that has all the solutions, but we’ll get you going in the right direction in this article. Much of what you’ll read may surprise you, but we hope to enlighten your mind when it comes to lights for your rig. Yes, it wouldn’t be a lighting article without a light pun or two. 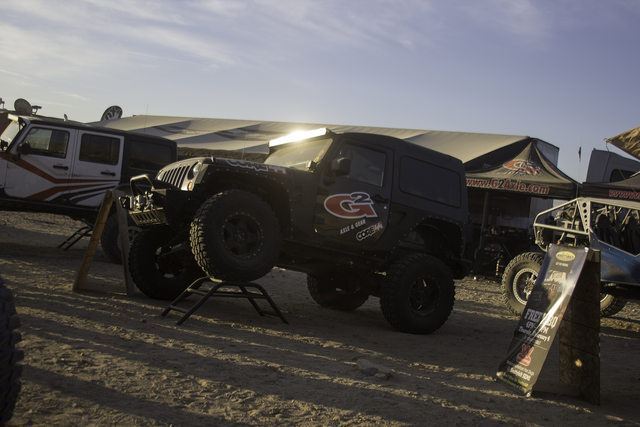 Racing into the deserts and rocks around the world requires many different types of lights for many unique situations. You basically want the most light shining that you can get for whatever situation you find yourself in. If you’re running down a desert trail at over ninety miles per hour, you need light shining as far down the trail as possible. However, if you’re slowly crawling around Jackhammer in Johnson Valley, Calif., then you want to be able to get lights on the rocks you’re on and going to be on so that you can get the contrast and plan your route. Simply put, there really isn’t one go-to solution that handles everything. 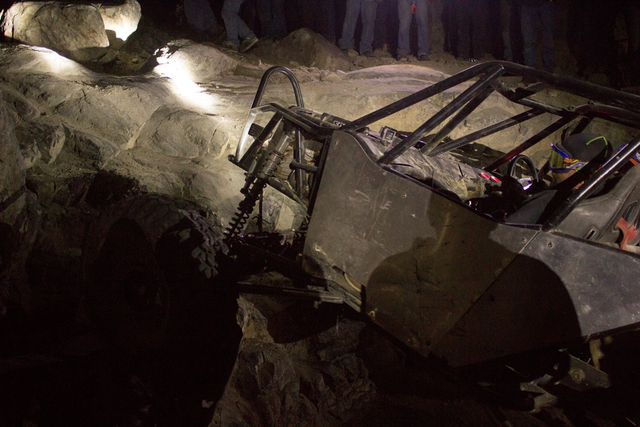 First, let’s talk about the different types of lights you can get. We should start off with the three most known: halogen, High Intensity Discharge (HID) and LED. Halogen has been the industry standard for decades and is usually what will come stock on lower end trucks and cars. It’s simple and inexpensive but not drastically bright, even with the best lensing in the world. It’s certainly not bright enough to go racing through the desert like the Trick Trucks of the Best in the Desert series. The other disadvantage is the short lifetime. Even though the chemical reaction of the halogen gas and tungsten is reversible over just putting a charge through a coil of wire, it will only last about 250 hours. 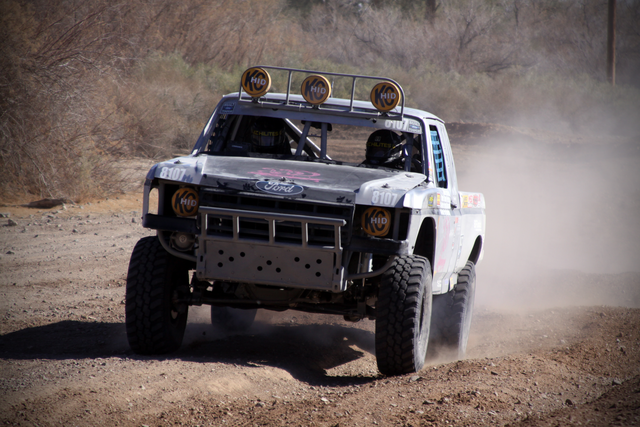 The next type is HID, and it’s exactly what you’ll start to need when your speeds reach over 100 MPH. The HID light opens up what light can do, because it produces more performance and a brighter light with the same power consumption of a halogen bulb. The difference is how the beam of light is created. HIDs use the electrical arc of two tungsten electrodes inside a tube filled with gas and metal salts. Once that arc starts, the metal salts become plasma and increase the light produced by the arc, and begin to reduce the power consumption of the light. 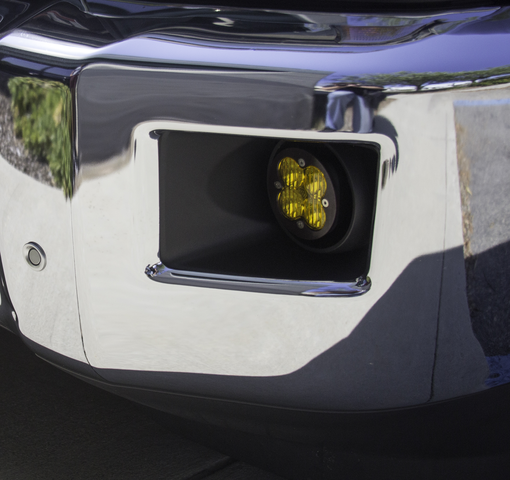 The ballast you must use is needed to start the arc and maintain it, but the power required to drive the ballast is within the typical automotive electrical system including vehicles that used halogen lights originally. It also lasts longer than halogen, with most systems lasting to about three- to five-thousand hours. So, yes, HIDs also come with the disadvantage of requiring either an internal or external ballast and waterproofing, and even the initial surge and warmup of the plasma can take time. For many years, HIDs were your only real choice after halogen, until LEDs came on to the scene. 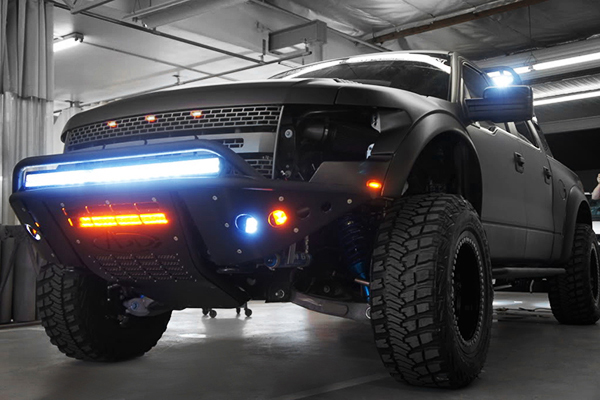 LEDs are very bright but very small, and that allows you to package a light in any combination you need and save room on the vehicle. However, a LED does produce a lot of heat, which is why you’ll see some massive heatsinks on LED lights and bars. Manufacturers must take that into account with their circuit boards as well. So, while the LED is smaller, it’s still going to need a way to drive away heat, and that can make the housing much larger than the LED itself. Even with all of that, the lifetime of an LED light is sometimes as high as fifty-thousand-hours. When you take the size and life of an LED into account, you can see why more racers are going to them. 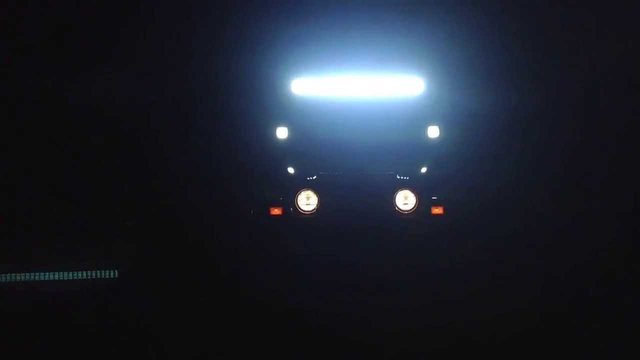 Speaking of lightbars, those roof mounted bars really don’t do so well in the desert. Don’t get us wrong – they’re cool looking, without a doubt, but the reality is that you’ll end up blinding yourself from the dust that rolls up and over the hood from the front tires. These dust particles will reflect the light back at you and you won’t be able to see a thing, slowing you down or worse. However, if you’re rock crawling, it’s more about getting a good idea of what’s ahead of you, and sometimes what’s just above your roof as you crawl around Ocotillo Wells and the like. It’s also about getting depth perception, so you know how to approach a rock challenge or obstacle during the night. If you get your truck or rig at a weird angle, being able to reach up and adjust a light bar to point where you need it is an amazing advantage to have. It allows you to tackle those tight and technical sections, but can shine light down range. 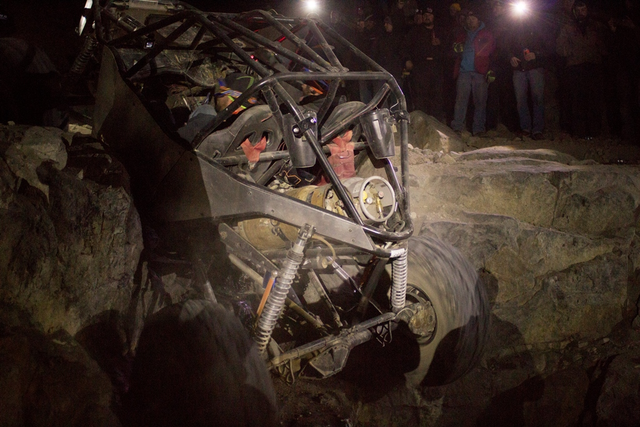 In closing, when it comes to your off-road lights, you should take what you’re going to be doing into consideration. A rock crawler will need a different light setup than a desert racer. A street truck needs a different one than a race truck. Even if you’re buying lights that are there to look good and yet still function, you need to buy from someone who will stand behind their product and not someone looking to “sell direct” on social media. Buy from a recognized name in lights, not some fly-by-night company that will leave you hanging.