“Buddy gonna shut you down

“It happened on the strip where the road is wide

“Two cool shorts standin’ side by side

“Yeah, my fuel injected Stingray and a four-thirteen

“Revvin’ up our engines and it sounds real mean

Buddy gonna shut you down”

Shut Down.  The Beach Boys sang about it.  Plenty of us lived it.  And one thing is for certain:  The tachometer nailed to the top of your dash or strapped to your steering column was always (and still should be) front row center.  You need a tach.  Period. And if your car didn’t have one, well, it was probably a pretender.  Still applies today, although some racers simply prefer to simply use a shift light but, that’s another story.

Ask any greybeard (like me) and most will agree that during the late ’50s and part way through the early ’60s, the tach to have was 3-3/8-inch “FZ” series model from Sun.  Those tachometers had a 90-degree gauge sweep range, and the most desirable of the bunch read to 8,000 RPM.  FZ series Sun tachs had a number of significant features – not the least of which was the distinctive appearance.  Sun came up with an extremely attractive chrome plated mounting cup arrangement, and as noted earlier, it could either be steering column mounted or bolted to the dash.  Naturally, then notion of positioning the tach directly in your line of sight meant you’d never have to take your eyes off the road to bang gears.  That’s why dash top mounting was preferred.  Besides, it also meant the world knew you had something under the hood too.  The dash top tach drove home that point loud and clear.  Of course, there was the odd car where you really couldn’t mount the tach upstairs; so clamping it strategically to the steering column was the next best thing.  The beautiful stepped chrome gauge bezel coupled with the distinctive staggered number face didn’t hurt the popularity one bit either.  Everybody loved them.

When it came to hooking up the FZ model tachs, you’ll probably recall they were actually two-piece jobs, mandating a transmitter that was specific to the engine type along with the appropriate electrical system (6 cylinder, 8 cylinder, six volt, twelve volt, etc) in order to function.  Typically, the transmitter was installed under the hood, and in truth, the closer you mounted it to the distributor, the better.  In this case, the wiring was typically consisted of this:  A ground wire (engine ground), a wire to the distributor side of the coil and a pair of wires (positive and negative) to the back of the tach.  The actual tach was wired to the vehicle lighting system (gauge lamps).  There’s more too:  The tachometer mandated a separate 1.35-volt Duracell mercury battery for power.  In addition, Sun included a plug within the transmitter body that lead to a screw.  This setup was used to stabilize the needle on the face of the tachometer. 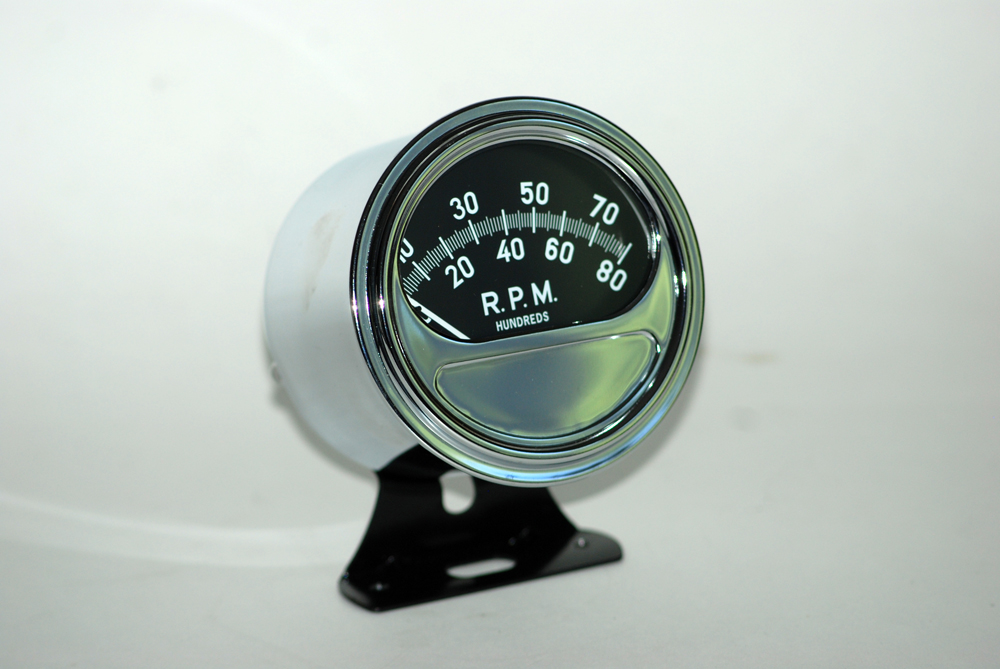 Time didn’t stand still for Sun. While the FZ tachs pretty much ruled the roost, they upped the ante with a new tachometer, released in the mid Sixties. And like the first generation FZ tach, the new tach (appropriately dubbed “The Super Tach”) pretty much became a necessity on the street or the strip.  The new Super Tach was decidedly modern.  It had a much larger sweep (270-degrees) and actually did away with the remote transmitter, the operational battery and much of the wiring.  And it was a knockout:  The face didn’t have staggered RPM levels (like the FZ series tachs).  Instead, the Super Tach had a range of single digits, underscored by a signature “blue line” graphic. While several models were available (with different RPM ceilings), the most popular had to be the 8,000-RPM range tach.  Adding more to the frenzy was the fact the Super Tach came equipped with an easily adjustable, easy to spot redline pointer.  Fitted with a knurled situated within the center of the tach, you could easily adjust the redline to suit your engine.

Wiring was simplified too:  It consisted of four wires – Ground, Coil, Power (to a fuse box ignition “on” source) along with a lighting circuit wire (typically spliced into the instrument cluster light circuit).  The mounting arrangement was identical to the setup found on the earlier FZ tachs – a signature chrome cup and your choice of a pedestal or column mount.

Over the years, time passed by the vintage Sun tachometers.  Sadly, they were eventually discontinued.  But then something happened.  Retro became new news.  The folks from Sunpro recognized the potential.  Both the FZ model tachs and Super Tach were retooled and re-released.   While they look absolutely identical to the vintage tachs, you’ll find they now make use of modern electronic movements.  Internally, the lighting is now 360 degrees (instead of single bulb) and both tachometer models can be set for 1,2.4,6,8 and 10 cylinder engines (by simply sliding a switch on the back of the tach – see the accompanying photos for a closer look).

The instrument bodies are all metal and they include a removable chrome cup, two mount brackets (one for the dash top and another for the steering column), a steering column clamp as well as a rubber clamp insulator.  Neither mandates the use of a separate transmitter (that’s a considerable improvement).  The basic electrical hookup is easy for conventional distributor equipped vehicles, and it includes:  Ground wire, switched 12-volt (ignition “on”), engine (negative side of the coil or the tach terminal on aftermarket ignition boxes) and a wire spliced into the instrument panel lamps.  If the engine is a late model and has a coil on plug ignition system, Sunpro offers a separate tach signal adapter (available as part number CP7560). 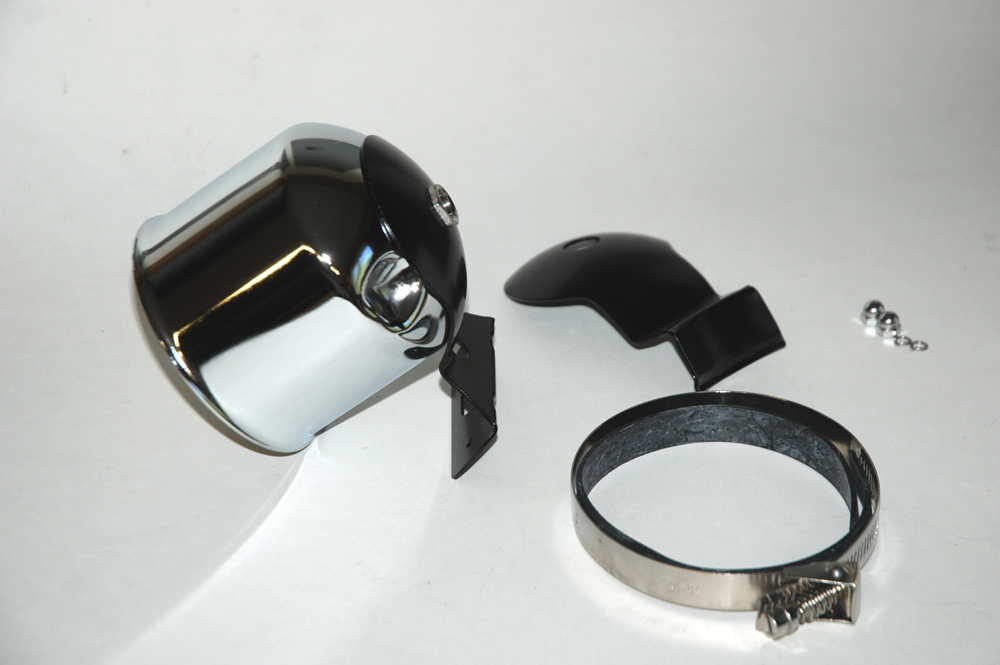 The bottom line is, you’ll be hard pressed to find any differences between these tachs and the originals when you examine them on the outside.  Sun has done a fabulous job with these tachometers.  I’m using one on a period correct car I’m building and honestly, they’re impressive.

Shut Down?  We’re not quite done. Next issue, we’ll have a look at a modern contemporary for the Sun Super tach, and that’s AutoMeter’s honking Pro Comp Monster. Watch for it!