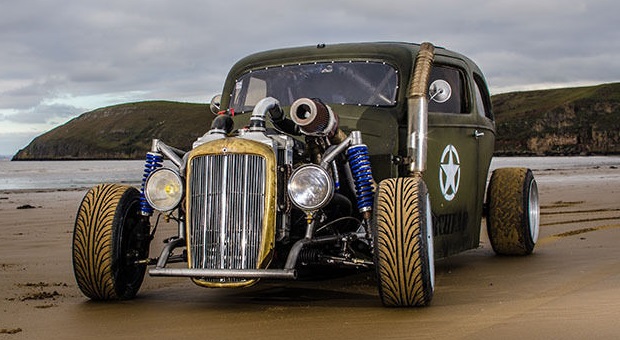 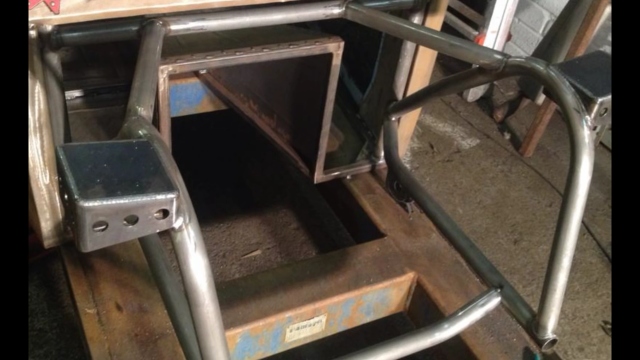 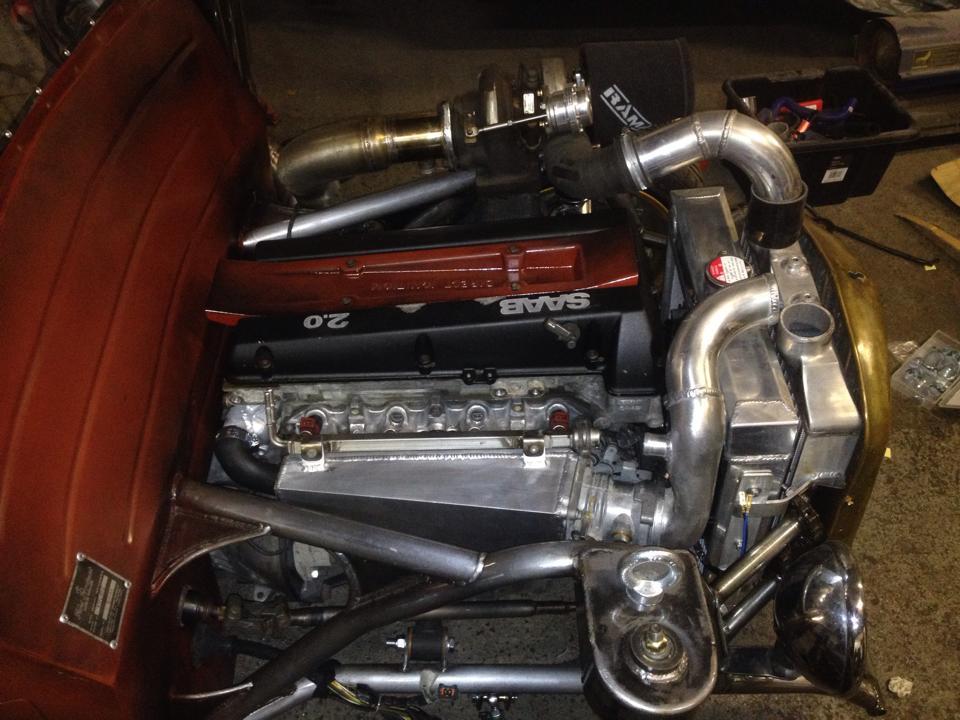 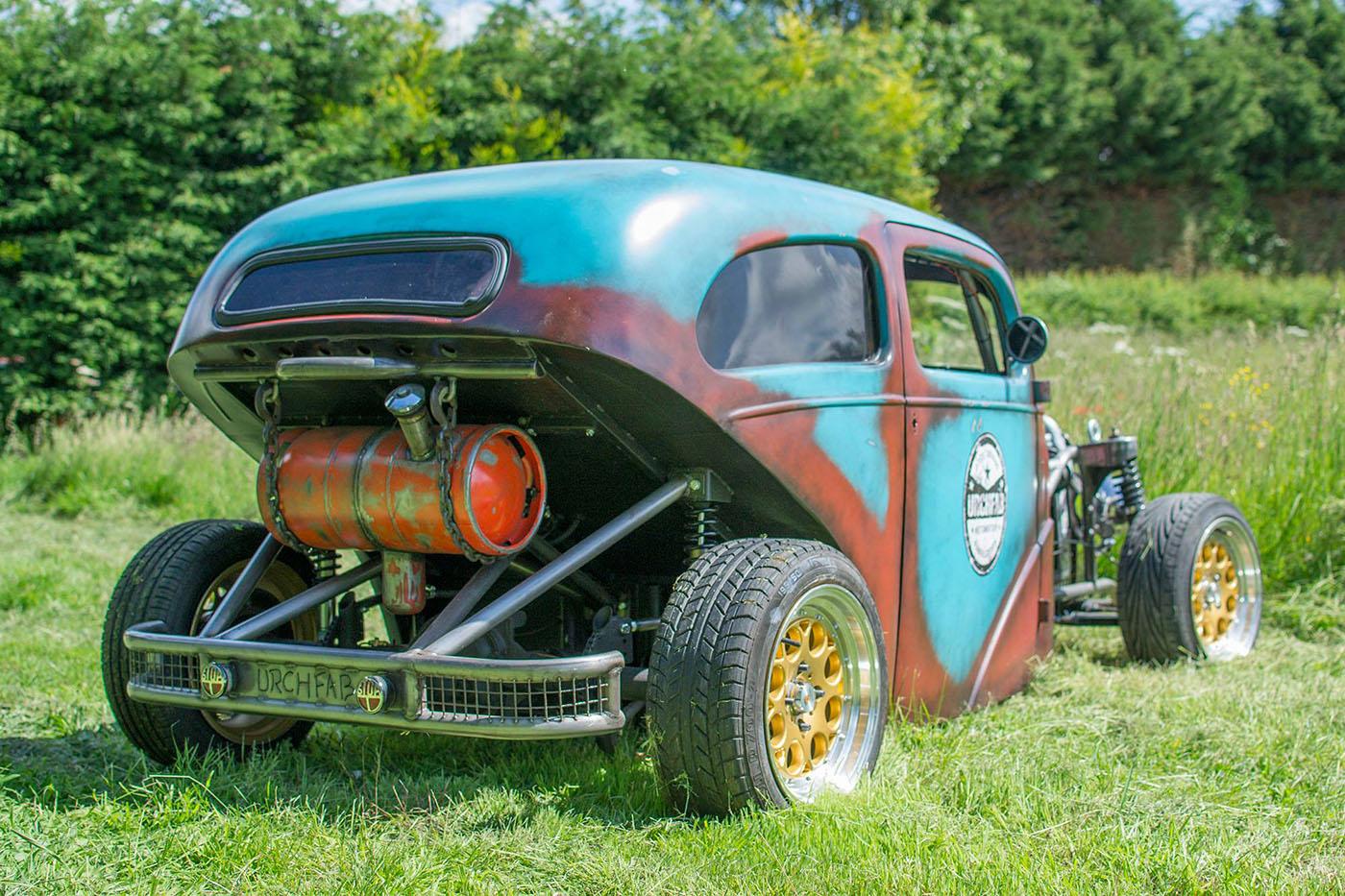 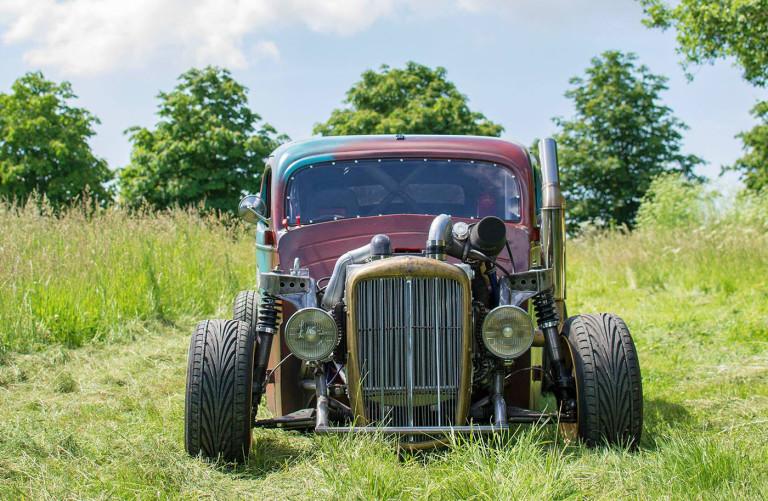 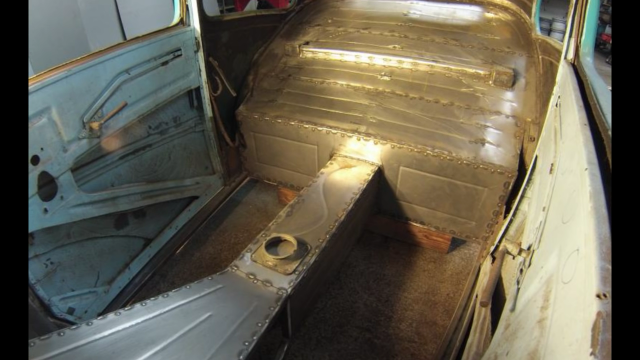 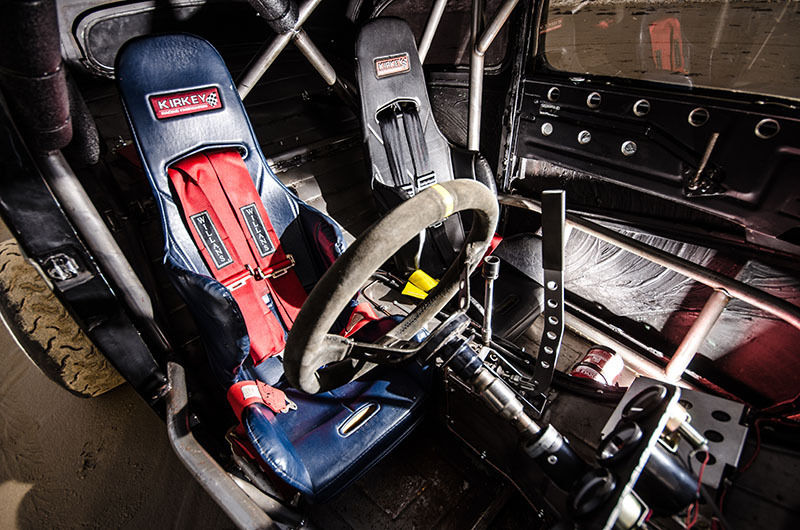 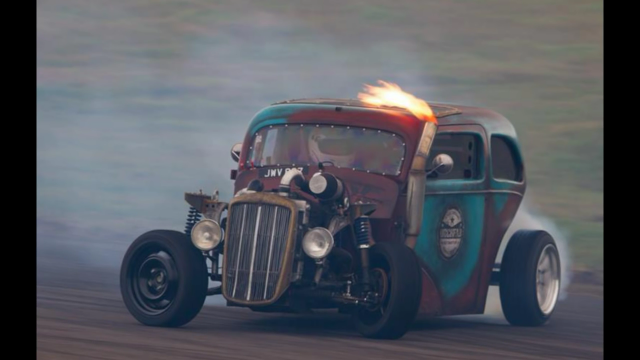 Seeing rat rods hold their own in the drifting scene is an amazing sight. Bringing together two different world of automotive enthusiasm, it might surprise some people to see this Saab-powered Ford Anglia smoking tires with the best of them. Thanks to a lightweight chassis and a sturdy four-link in the rear, it manages to keep up with modern drift machines much better suited to the art of going sideways. It took Matt Urch more than eight months, all his welding expertise and several crashes to get it to where it is today.

Since Urch is a handy metalworker, he decided to build something totally custom after a bad motocross accident kept him from being truly competitive on a bike again. As is often the case, he turned his attention to the slightly-safer world of cars, and started his ambitious project by building a tube frame to house the engine.
The B204 engine is a Saab 2.0-liter four available in the 900, 9000 and 9-3, to name a few. It’s a capable engine that’s quite popular and also small, so it can fit into cramped engine bays like the one found in this 1953 Ford Anglia. For those not familiar with the Anglia, it was a staple in the British hot rod scene in the seventies, holding the same place as a ‘32 does stateside.
Fed by a medium-sized Garrett GT2871 turbo, the B204 sends its ~320 horsepower through a Vauxhall Omega gearbox to an indestructible Volvo 240 rear end. With upgraded injectors and a custom tune, there’s up to 400 horsepower available, though with the featherweight Ford, it’s already a pretty scary ride.

Since this is a drift car, the front end is tube-framed. This could be for added rigidity, but in all likelihood it’s due to the fact that front end bashes are so common in this form of motorsport. In fact, Urch managed to rotate the car into a barrier while drifting at Castle Combe - such is life with such a short-wheelbase car. After colliding with the barrier, the entire running gear had been damaged, so Urch borrowed the steering from a Ford Mk2 Escort and got back on the horse.

Having a short wheelbase and using a fairly peaky engine makes for a car which is not that easy to slide. It was very twitchy and hard to handle - hence the spin - until Urch began tweaking the front and rear anti-roll bars to stiffen it a bit and allow for a more progressive slide. The problem was that the custom four-link rear end was simply making too much grip for the amount of power, and when he wanted it to slide, it would try to straighten up.
The front end is an eclectic combo of Mk2 Escort, Capri and even some MG parts that might leave some wrenchers scratching their heads, but Urch used his welding skills to bring the odd collection together. Thankfully, the majority of parts used are from the Ford Mk2 Escort, a car made popular in rallying, so replacement parts aren’t hard to come by. Ford Capri coilovers are used on the front axle, and Gaz Golds at the rear.
Urch’s welding skills made the interior a great place to be, and considering where it came from, it’s a world of transformation.
After welding in a transmission tunnel and a bench, Urch added a set of Kirkey seats, four-point harnesses strapped to an extensive rollcage and a plumbed-in fire extinguisher. An exciting environment for drifting, but a cozy one - a driver over six feet tall won’t fit too easily. Dominating the interior of the little Ford is a giant, hydraulic handbrake which Urch pulls to start a long, smoky drift.
It’s seen plenty of action, a few paint schemes and a couple crashes, but that’s the life of a drift rod. Joining Japanese motorsport, an American chassis and a Swedish engine, it’s certain there are few others like it.
Back to Post
About Tommy Parry 127 Articles
Tommy Parry has been racing and writing about racing cars for the past seven years. As an automotive enthusiast from a young age, Tommy worked jobs revolving around cars throughout high school and tried his hand on the race track on his twentieth birthday. After winning his first outdoor kart race, he began working as an apprentice mechanic to amateur racers in the Bay Area to sharpen his mechanical understanding. He has worked as a trackday instructor and automotive writer since 2012 and continues to race karts, formula cars, sedans and rally cars in the San Francisco region.