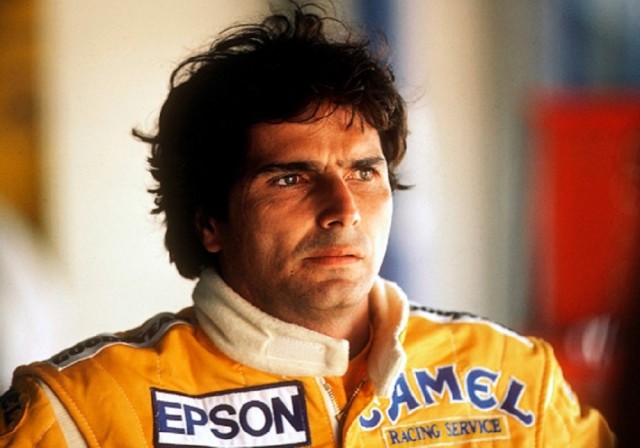 Formula One has been a business where even major players leave through the back door. This sentiment could not be truer for Nelson Piquet Sr. Often marred by the English press who could not tolerate his antics nor his rivalry with England’s then-hope, Nigel Mansell, Nelson was often relegated to singing background vocals in the musical that is F1. However, his way with words, wacky sense of humor and sublime driving ability put him in a category that isn’t easily defined. In terms of ability, he’s up there with some of best – he was capable of thinking and driving at the same time and was never known for making stupid mistakes. Similarly, his sense of humor was something a bit alien to most of the competitors at his level, who were typically stoic and focused almost exclusively on winning races. With this odd combination of qualities, he was tough to categorize and depending on who you supported, often tough to love. His scathing tongue was an effective approach to getting the psychological edge over his rivals. It was also refreshing to hear someone who didn’t pull any punches. He was a complicated character, but ultimately one whose driving brilliance and joie de vivre gave him many lifelong fans. Yet, he seems to have fallen by the wayside when the list of all-time-greats comes up.

When Formula One was on the verge of becoming the multi-billion dollar industry it is today, Nelson preserved some of the soon-to-be-forgotten swashbuckling spirit that his predecessors exuded. Yet, he never intended to be remembered as a romantic hero or fast-living-playboy. Despite being surrounded by beautiful women and owning several expensive yachts, he was able to apply a cold and rational approach to racing.  His calculating approach put him in league with Niki Lauda and Alain Prost, both of whom were known for their computer-like thinking and ability to make racing look easy. This was  a result of their time spent in developing the car away from the scenes; spending hours at a rainy circuit to test and optimize the gear they were working with – certainly not a job fit for a James Hunt, Eddie Irvine, or another glamorous superstar. Yet it was this approach which garnered them with world championships and consistency throughout their entire careers.

Where Nelson deviated from the aforementioned cerebral drivers is that he was the type never to take things too seriously or mince words. Where Prost and Lauda exuded a slightly tense, boring demeanor, typically choosing their words wisely, Nelson was famously undiplomatic. Laid-back and never one to hold his tongue, Nelson often said what needed to be said but never came across as a petulant prima donna. His sharp assertations could be backed up by his unending knowledge of motor racing.
Furthermore, working his way through the ranks as a mechanic, living in a bus while racing Formula 3 and selling most of his possessions to get where we went were all testimonies to the fact that he was no dilettante. While on the surface he was a carefree, happy-go-lucky kind of guy, he was made of tougher stuff at the core. One needs to be to live through the deadly 1970s and ’80s. Perhaps his success and long career came as a result of knowing when to pick his battles and his innate tranquility behind the wheel. Never one to fall prey to emotions, Nelson rarely made mistakes and while he wasn’t always the fastest, he was always in contention due to his consistency and never bit off more than he could chew. 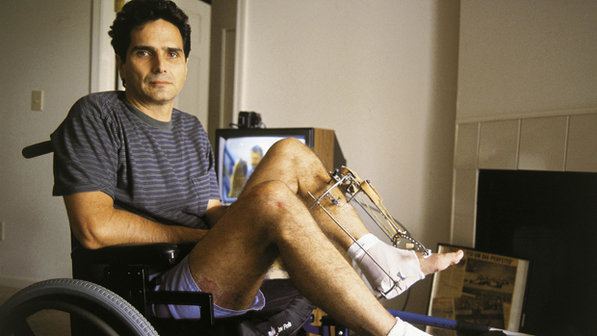 As his career began to wane in the late 1980s, Nelson made a series of errors which put his fortune and indeed his life in jeopardy. After a crashing due to mechanical failure at Imola 1987, he suffered a serious concussion and was not able to drive to the standard he used to. Nevertheless, he used all his cunning to divide the team and gain the advantage over his teammate Mansell, who often had a little more raw speed. He publically insulted Mansell, had secret meetings with the engineers and learned to withhold all valuable information to gain the psychological advantage. His craftiness earned him the title that year, but it was to be his last year of domination. After moving to uncompetitive teams at the end of the eighties, he had an Indian summer just prior to retiring, where is brilliance with car setup and tire strategy allowed him to sneak by drivers with superior equipment.

After leaving Formula One in 1991, Nelson was offered an enormous sum to race in the 1992 Indy 500. A huge incident in practice destroyed his leg and very nearly killed him. Yet, his ever-present grin remained even when he was hopped up on pain medication. He healed and returned to the following year’s Indy 500, but it was to be his last outing in a major single-seater series. He focused himself on building his own communications company, Autotrac, which today has become very successful.

At the end of the day, Nelson was not the most competitive driver nor was he interested in becoming a national hero. Unlike his compatriot Ayrton Senna who is beloved in his native Brazil, Nelson never dedicated his victories to God or country. He did not adopt the win-or-die-trying approach and refused to spend hours sweating in the gym or doing PR work. He was very much his own man and he raced because he loved driving and racing cars and not because he was the type that needed the limelight. This often caused people to think of him as undeserving or bias, but in reality Nelson put in his hours. His teams were always happy to work with him, and Nelson’s experience as a mechanic made him astute at relaying technical issues to his engineers. Known to be one of the better practical jokers on the grid, he was well-liked among those who knew him (and appreciated his humor).

But due to his insistence on playing by his own rules, he was often labeled a divisive character and maligned by both the press in England and Brazil. Whereas Senna or Mansell became national heroes, Nelson didn’t care for popularity or patriotism. With an authenticity and directness that isn’t often seen in Formula One these days, Nelson was refreshing to listen to but did himself no favors in terms of improving his public image. Yet, with three world championships he is among an elite group of drivers who don’t have to care much about the way they’re perceived. With a unique combination of technical brilliance, intelligence and irreverence, Nelson Piquet was one of the eccentric breed of drivers who, due to political pressures in modern Formula One, are unlikely to be seen from again.