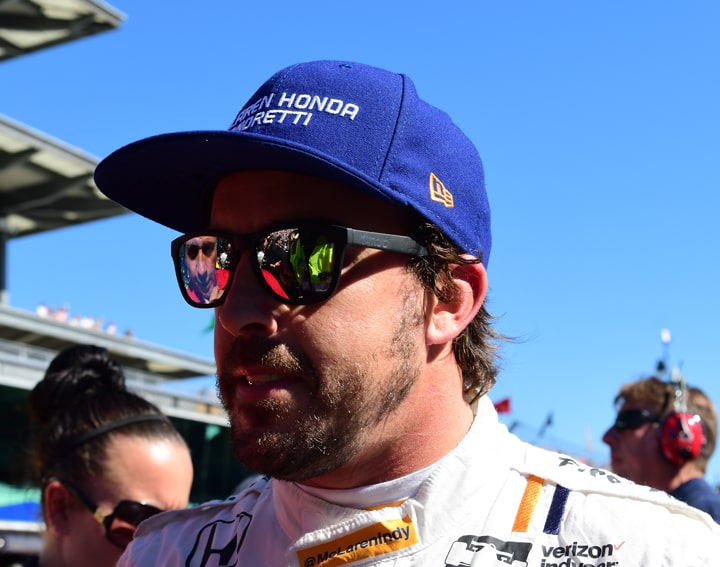 There’s a great deal of excitement over Tuesday’s announcement that Chevrolet will power Fernando Alonso’s McLaren entry in the 103rd Indianapolis 500 next May. Quite frankly, after McLaren severed ties with Honda last year, there was no other choice, unless a third manufacturer magically appeared in INDYCAR (something that could not occur between December and May, a five-month period).

So it’s kind of a yawner, but one with a bit of historical perspective. Chevrolet propelled every McLaren CanAm car back in the late 1960s and early 1970s, a time when McLaren was the most successful CanAm constructor, winning more than 40 races. It’s been 47 years since the partnership ended, so this will be a return to the papaya-hued company’s initial engine supplier – albeit in a very different venue and type of motorsport.

The twin-turbo 2.2-liter Chevy Indy V6 is the reigning Indianapolis 500 engine, one that powered Aussie Will Power to his first Indy 500 victory last May; Chevy has conquered The Brickyard three times since returning to the Greatest Spectacle in Racing in 2012. With this engine, McLaren hopes to assist Alonso as he vies for racing’s Triple Crown: Monaco F1, 24 Hours of Le Mans and Indy 500.

The announcement comes little more than a week after Alonso sampled Jimmie Johnson’s Chevrolet Impala NASCAR race car in Bahrain the day after the Formula 1 season finale. It was also announced last week that the Spaniard is racing a Cadillac, also produced by General Motors, in the upcoming Rolex 24 at Daytona next month.

“McLaren and Chevrolet have a shared pedigree in North American motorsport,” said Zak Brown, chief executive of McLaren Racing, “and the opportunity to reunite the two brands for this special event was just too good to pass up. The company’s reputation in IndyCar and at this special race is first-class and they will be a powerful partner.”

Chevrolet re-entered the IndyCar Series seven seasons ago and have captured victories in 73 of 118 races, winning the series’ manufacturer championship six times and the series’ driver and owner titles five times.

“Chevrolet and McLaren have a storied racing history dating back to the mid-1960s,” noted Jim Campbell, U.S. vice president of performance vehicles and motorsports for Chevrolet. “It will be special to partner with McLaren at the 2019 Indianapolis 500. When Fernando is on-track, it’s electric. He generates excitement among fans everywhere.”

According to Bob Fernley, president of McLaren IndyCar, “Our partnership with Chevrolet is a key piece of our plan for the 2019 Indy 500. As the reigning winning engine, the Chevrolet motor puts us in a strong position to contest this incredibly challenging event.”

In his initial 2017 Indy 500 start driving for McLaren-Honda-Andretti Racing, Fernando Alonso qualified in the Fast Nine, making him eligible for pole position, and achieved fifth starting spot. Despite failing to finish the race after his second Honda engine failure in that contest on the 179th lap, Alonso was clearly on-pace throughout, comfortable with driving an oval and clearly enjoying the challenge. He finished 24th and earned Rookie of the Year honors.

Further details on McLaren Racing’s Indy 500 project will be shared, the team said, in due course.