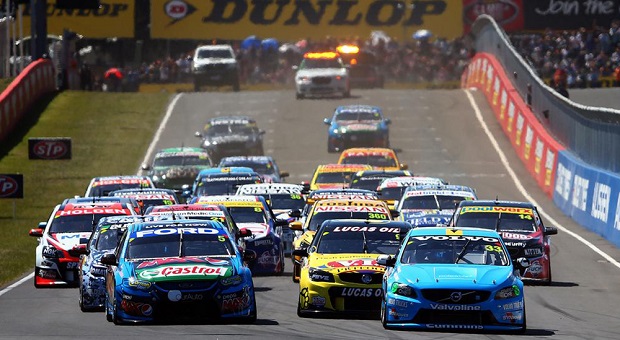 While formation or warm-up laps may appear calm from the outside, every driver is sweating feverishly underneath their helmet. The completion of that lap and the subsequent starting procedure is perhaps the most stressful portion of the entire race, since the potential for error is so high, and a stellar start can make up for a poor qualifying session. From a standing start, one needs to dedicate lots of focus to a smooth release of the clutch. This may seem simple, but is actually quite complicated.

First, releasing the clutch and coordinating the right amount of revs must be done at the right moment. To ensure a healthy sync between the two, the driver should try to bring their revs up to a suitable engine speed and hold it. While many like to blip the throttle, holding a consistent rpm is a great way to get a clean start. This is because, if a driver’s revs are descending as they release the clutch when the flag drops, they might find themselves with far fewer revs than they had expected, and launch under the limit of the rear tires.

How many revs is appropriate depends on engine torque; the release rate of the clutch depends largely on the length of first gear. It it’s very long, the clutch might not get released completely for quite a long distance. Most importantly, it’s crucial to not overwhelm oneself at this moment in time and focus solely on releasing the clutch. Everything has a place in time. 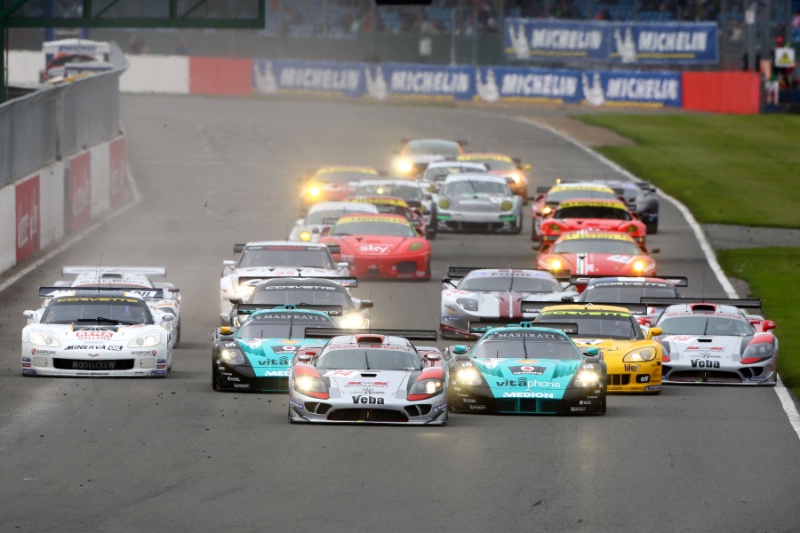 Managing wheelspin is really a matter of a precise and delicate right foot and choosing the correct time to shift into second. If the engine can spin the tires easily, for power or lack of grip, the throttle will have to be feathered and the second gear selected in what seems like a premature fashion, but can reap rewards.

It’s important to remember that up until the cars are actually up and moving, the clutch release is the only thing one needs to think about. Focus on getting a good grip and generating positive drive, then react.

Once the cars are pulling away, it’s foolish to try and plan a route into the first corner, since the line will be unpredictable. Be adaptive and avoid major swerving. If at the back or the middle of the pack, the cars will seem bottlenecked and getting away is seldom a matter of speed – it’s far more rewarding to position oneself carefully around traffic.

At that point, the only car one needs to focus on is the car directly in front. If there’s a stall on the line or a bad getaway, they should be overtaken, and by a similar coin, be sure not to block if your getaway is bad – the whole race is still ahead, and it’s a little embarrassing to crash at the first corner. Once they’re away, noting one’s mirrors will give you an idea of any threats – but only courtesy check, since the braking is the most important thing and it requires full attention. 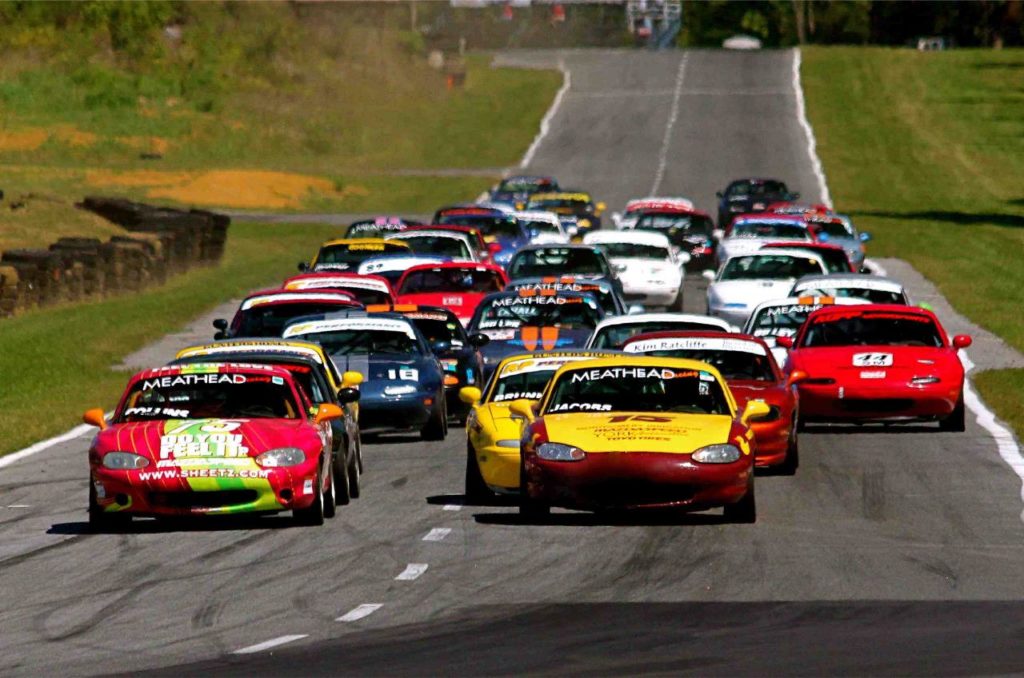 It’s beneficial to leave a workable cushion in the pack, since people’s behavior can be erratic and unpredictable, and running at full pace isn’t possible. Therefore, the car needs to be decelerated in a specific way. For one, a lift of the throttle helps maintain a buffer between you and the car in front, and you can conserve momentum a little more consistently this way. It also allows you to read situations rather than merely being reactive to the brake lights of the car ahead. 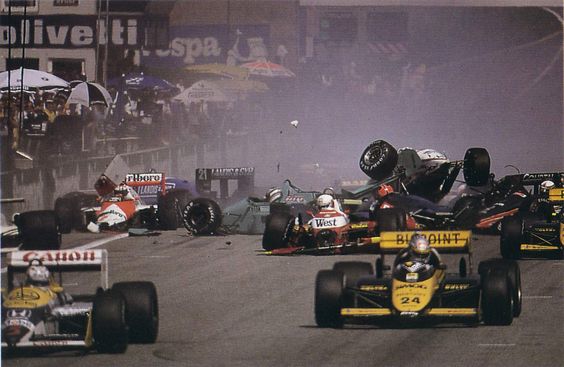 General Thoughts: When to Pass, When to Be Patient?

As with so many things in motorsports, it depends on the situation. Masters on cold tires can reap huge benefits on opening laps by sliding when the others are a little timid. This can eke out a huge cushion. Some drivers take a few laps to get the competitive juices flowing, and this strategy can win a sprint race if done correctly. However, it can be slightly risky, more because of the way others react in a pack and with low-grip. Plus, crashing on an opening lap is a great way to provoke a competitor’s ire. A time to be more conservative would be in a long-distance race, for instance. 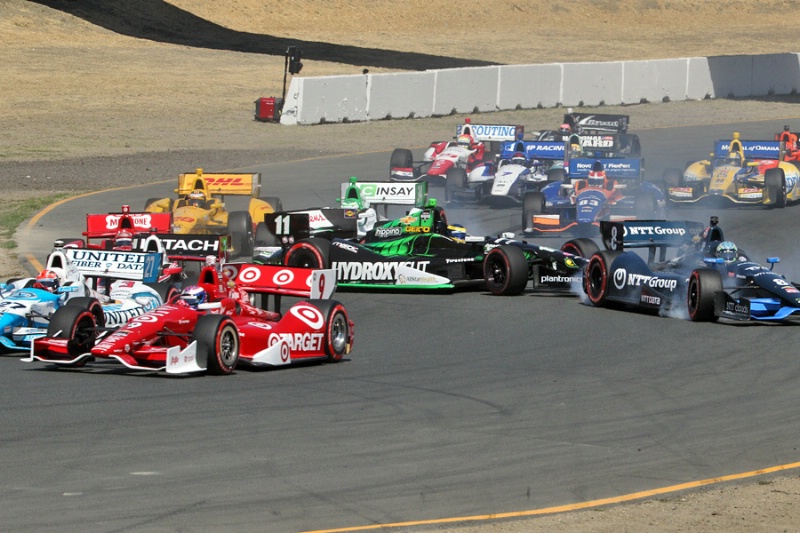 The start gets practiced endlessly for a reason. If one wants to maintain position, one has to get off the line quickly and cleanly, and ensure decent pace into the first corner without contact (or much contact). It’s never easy to do and it’s surprising how easily people get baffled by it, even after plenty of experience. If a flag is being thrown, keep an eye on the starter, who will usually make a telltale move before actually dropping the flag. Once the race begins, it’s a matter of going through the steps and then finding a natural rhythm as fast as possible. Once the race is underway, things can change, but the first thirty seconds of a race is a time when precision really pays off, and while the race can’t be won in the first corner, it can definitely be lost.