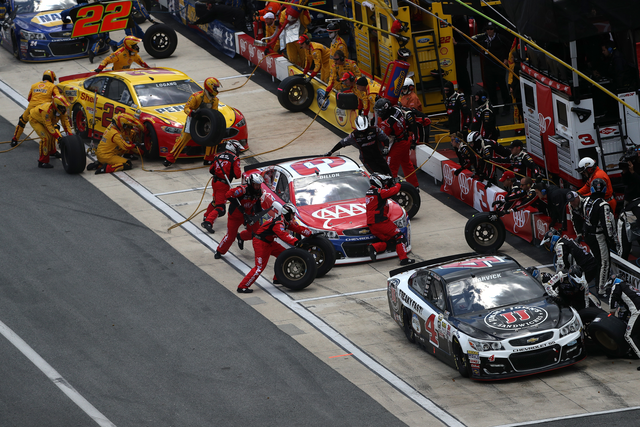 Stewart-Haas Racing made the announcement that they have signed Kevin Harvick to a long-term contract. Harvick is in his third year with the Stewart-Haas racing No. 4 Chevrolet team and crew chief Rodney Childers. Harvick took his first NASCAR Sprint Cup Series championship in 2014, the first year he ran under the team co-owned by Tony Stewart and Gene Haas.

In Harvick’s first year with Stewart-Haas Racing, he scored eight poles, won five races, and led 2,137 laps. In his second year, he won three races and earned career-best numbers in top-fives, top-tens, and laps led and finished second in the championship.

“It was a big decision to join Stewart-Haas Racing and it has turned out to be my best decision,” Harvick said. “We have one (championship), but that only made us hungry for more. I’m very happy to have my future secure with a team so dedicated to winning.”

The news of the contract extension comes despite speculation that Harvick may be leaving the team, which will be moving from Chevrolet to Ford in the 2017 season. Thus far, Harvick has made 550 starts in NASCAR’s top division, all in Chevrolets.

“Kevin’s results speak for themselves, and in addition to those numbers, he brings a presence to our team that makes everyone want to work harder,” said Stewart. “Kevin Harvick has made Stewart-Haas Racing a better team and he will continue to be an integral part of our future.”

Crew Chief Childers signed a multi-year contract with the No. 4 team last June. Harvick’s extended contract promises to keep one of the series’ most successful driver-crew chiefs pairings together for the indefinite future.