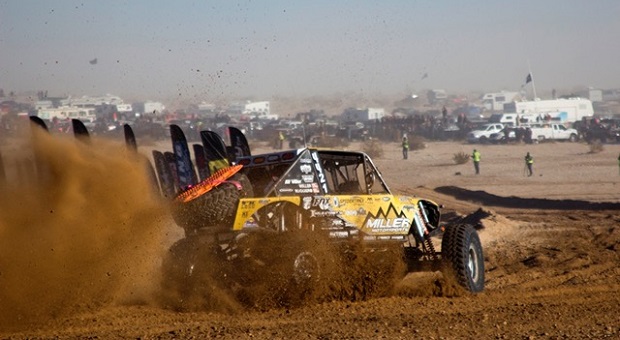 For most of you readers, this is going to be a rather radical departure from the norm. We’re going to cover the 2017 edition of the King of the Hammers, the world’s ultimate one-day off-road race. Even if you’re familiar with Short Course or Open Desert Racing, like the Baja 1000, you’re not prepared for this. The Hammers is unlike anything you’ve ever seen, as it essentially combines open desert, short course and rock crawling into one event. Sounds unreal, doesn’t it? 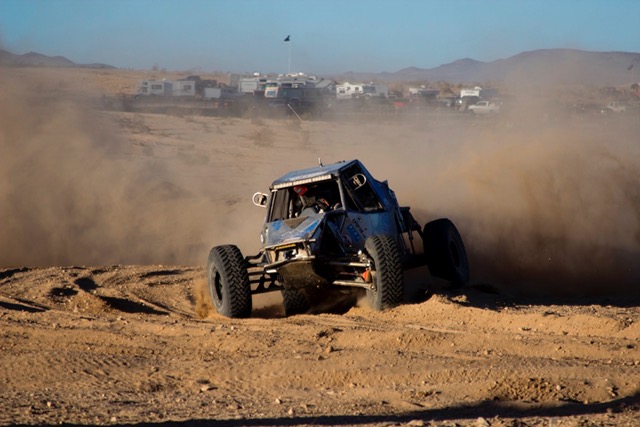 The King of the Hammers is run by Ultra4 and Dave Cole, and was unofficially founded as the first invite only, non-spectator race in 2007 with thirteen drivers picked by Dave and friend Jeff Knoll. The first ever official race took place in 2008. So, what exactly are the Hammers? They’re a set of rock crawling features in the Johnson Valley Off Highway Vehicle area near Yucca Valley. They also utilize the Means Dry Lake Bed as part of the course and as the home for racers, spectators, and vendors for nine days, called “Hammertown.” 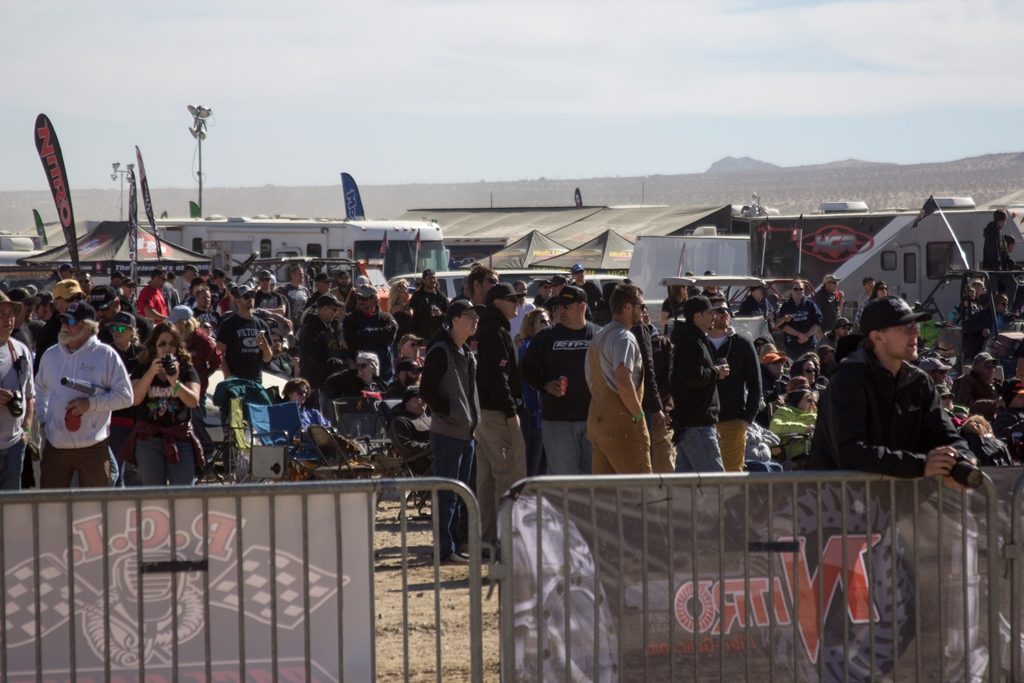 Just as Baja, the Mint 400 and several other off road races are done, the race course follows a loop that ranges between 50 and 60 miles, or sometimes even more depending on how they want to approach the features. For the Everyman Challenge, the racers run the loop twice. For the big race, they run it three times. The race course is not revealed until the week of the King of the Hammers. While it’s part of the lore, it also does prevent local drivers from having too much of an advantage and allows enough time to work with the Bureau of Land Management (BLM) and the Marine Corps Training Base at Twentynine Palms. 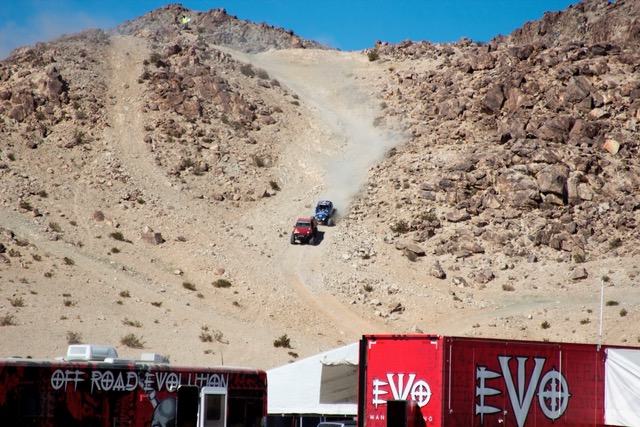 From that early start of the OG13, the race has grown exponentially. There are now over 300 teams, with over 140 just taking part in the King of the Hammers. Fan size has also grown from a paltry, hardcore few to now over 35 thousand on race week and nearly 500 thousand watching online from all over the world. On top of all that, Ultra4 also grew from a single event to a full racing series with West Coast, East Coast, European and Australian divisions. Just last year, Ultra4 expanded into Asia with a demo in front of 100 thousand-plus people, which was part of the 2016 FB Life Alxa Hero Festival in the Tengger Desert of Inner Mongolia. 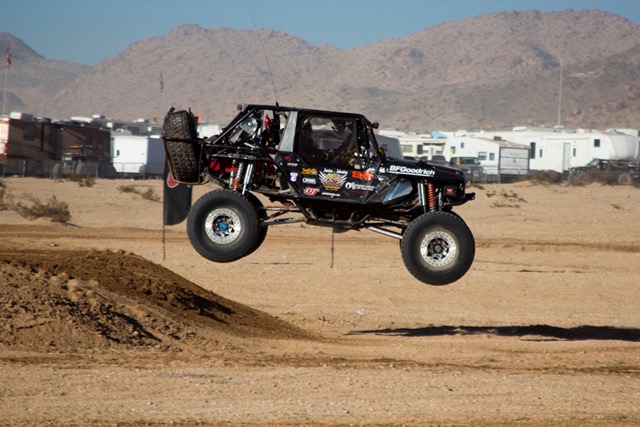 So, what makes this so exciting for fans? Why do tens of thousands of people brave the harsh Johnson Valley, climb all over rocks and watch these guys run? Well, there are several reasons. First, it’s accessible, as many of the features are in gulley-like areas where fans can watch from above as the drivers race from one side to another. Second, there is uncertainty, and the drivers pick lines as they see fit. Sometimes they get it wrong and must plan again, sometimes it goes too wrong and they end up on their side and become a new obstacle to get crawled over or used as a winch point. Third, Hammertown becomes a literal small town during race week. There is always a bonfire in front of the big screen that fans can watch from the comfort of warmth near food and drinks. You can buy nearly anything you need while in Hammertown as it continues to expand for both racers and vendors. Fourth, the racers and teams themselves are accessible. You can approach drivers in Hammertown and most of the smaller teams are spread around Johnson Valley as well, camping just like everyone else is. 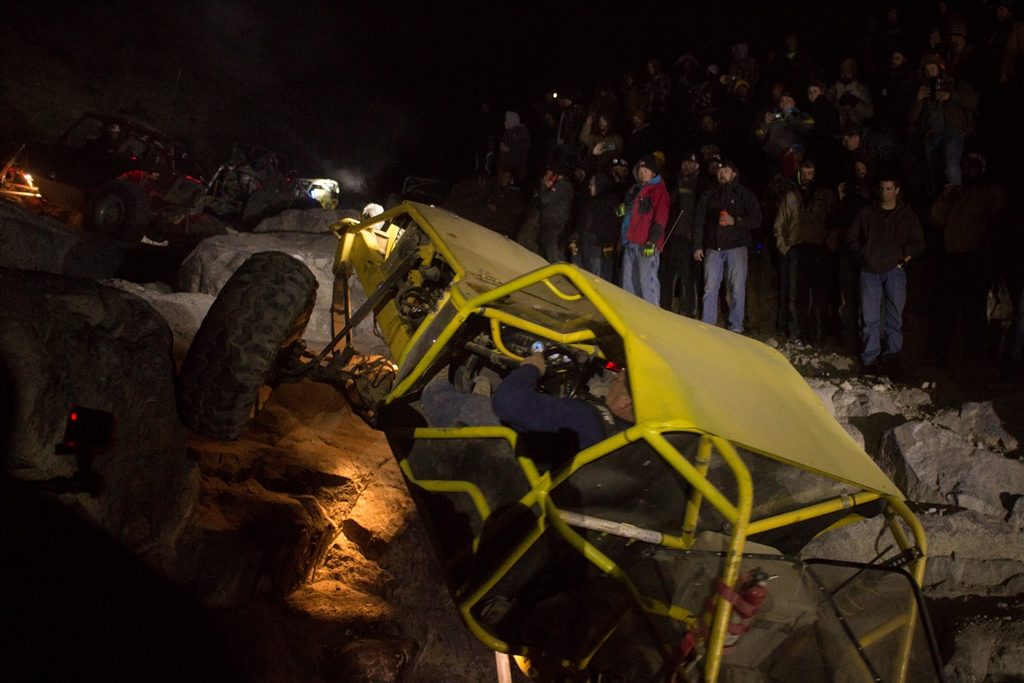 The King of the Hammers isn’t just impressive for the race itself. It’s the life it creates for one week out in the middle of Johnson Valley. From the dirt, a small town grows for nine days and then disappears like a storied ghost town in a Western novel, not to be seen again until the same time the very next year. Its lore is much the same, with word of mouth from those who experience it to those who haven’t. An unbelievable experience is described and, until the listener or reader experiences it themselves, seems like a tall tale of someone’s wildest dream or drunken fantasy. Not to worry, these stories are no fiction. Hammertown is real, and while it requires a pilgrimage into the desert, you’ll not only come back but bring your own story to add to the long tale that is the King of the Hammers. 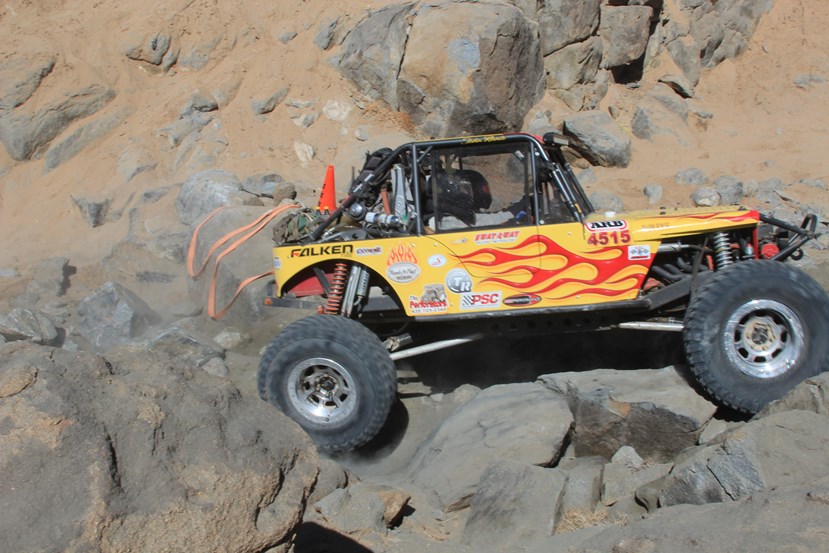