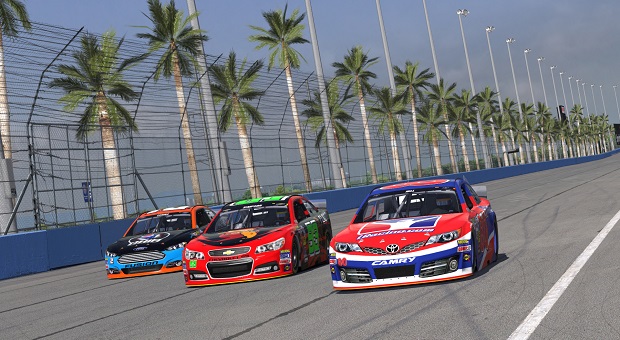 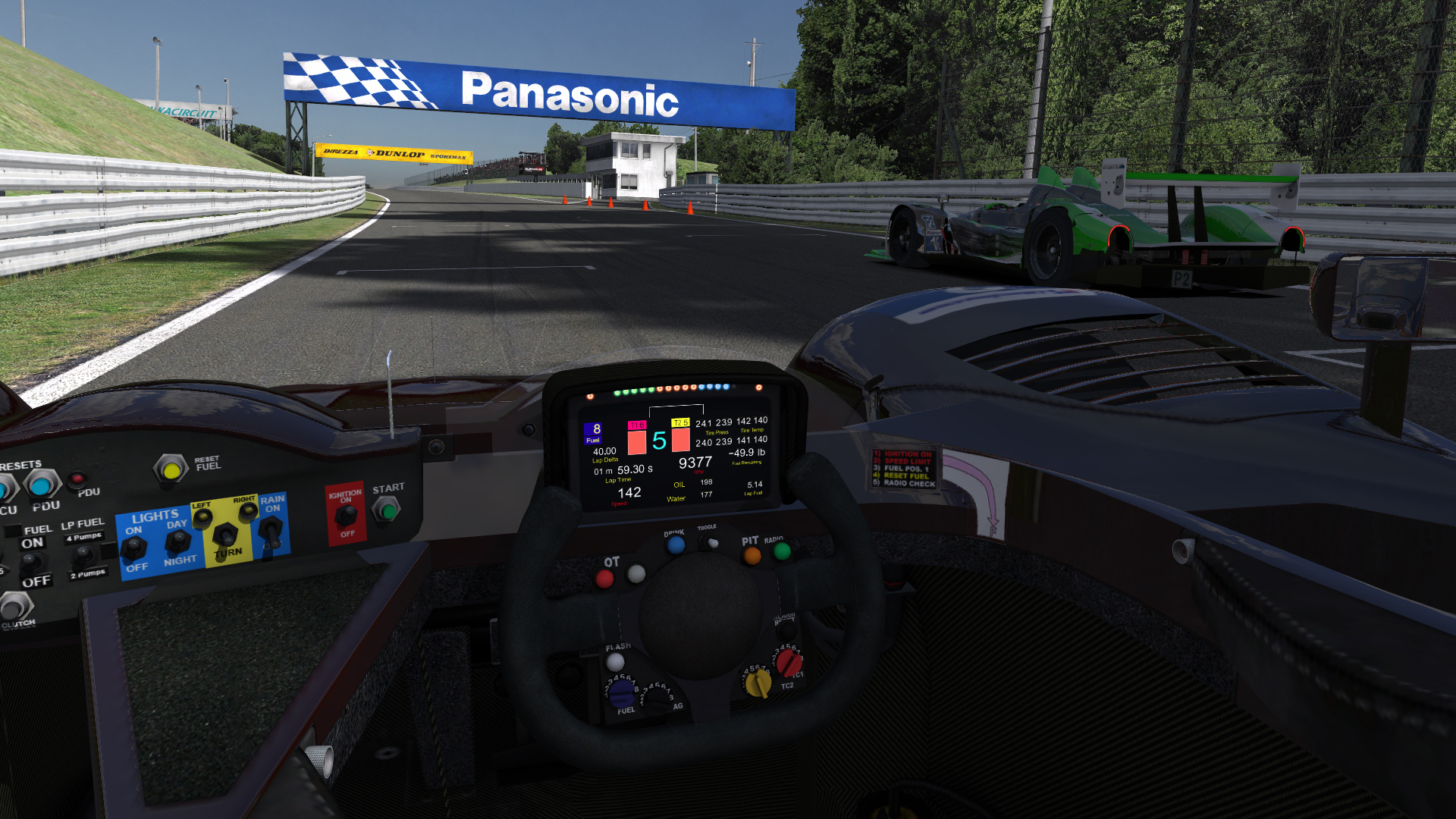 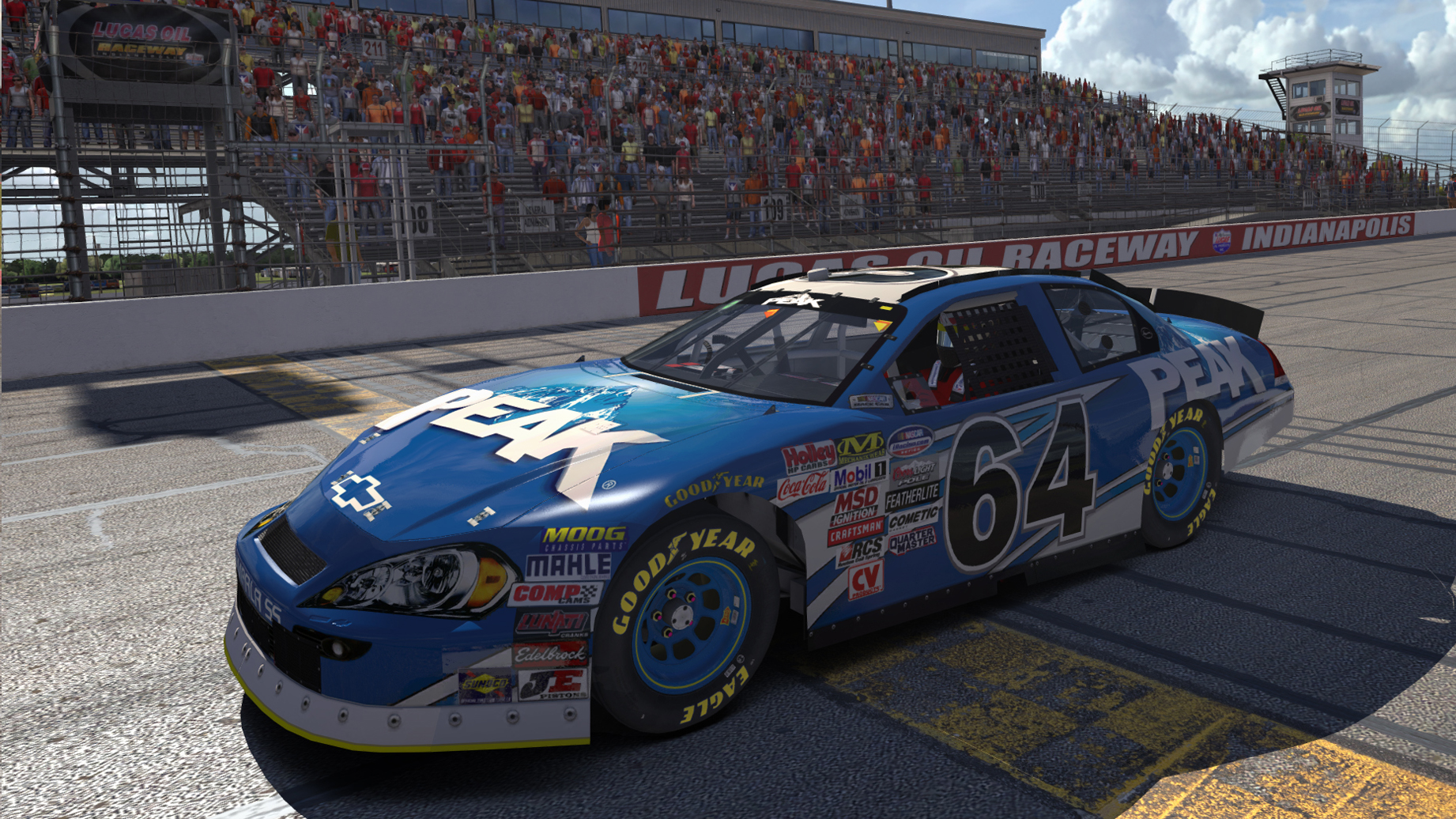 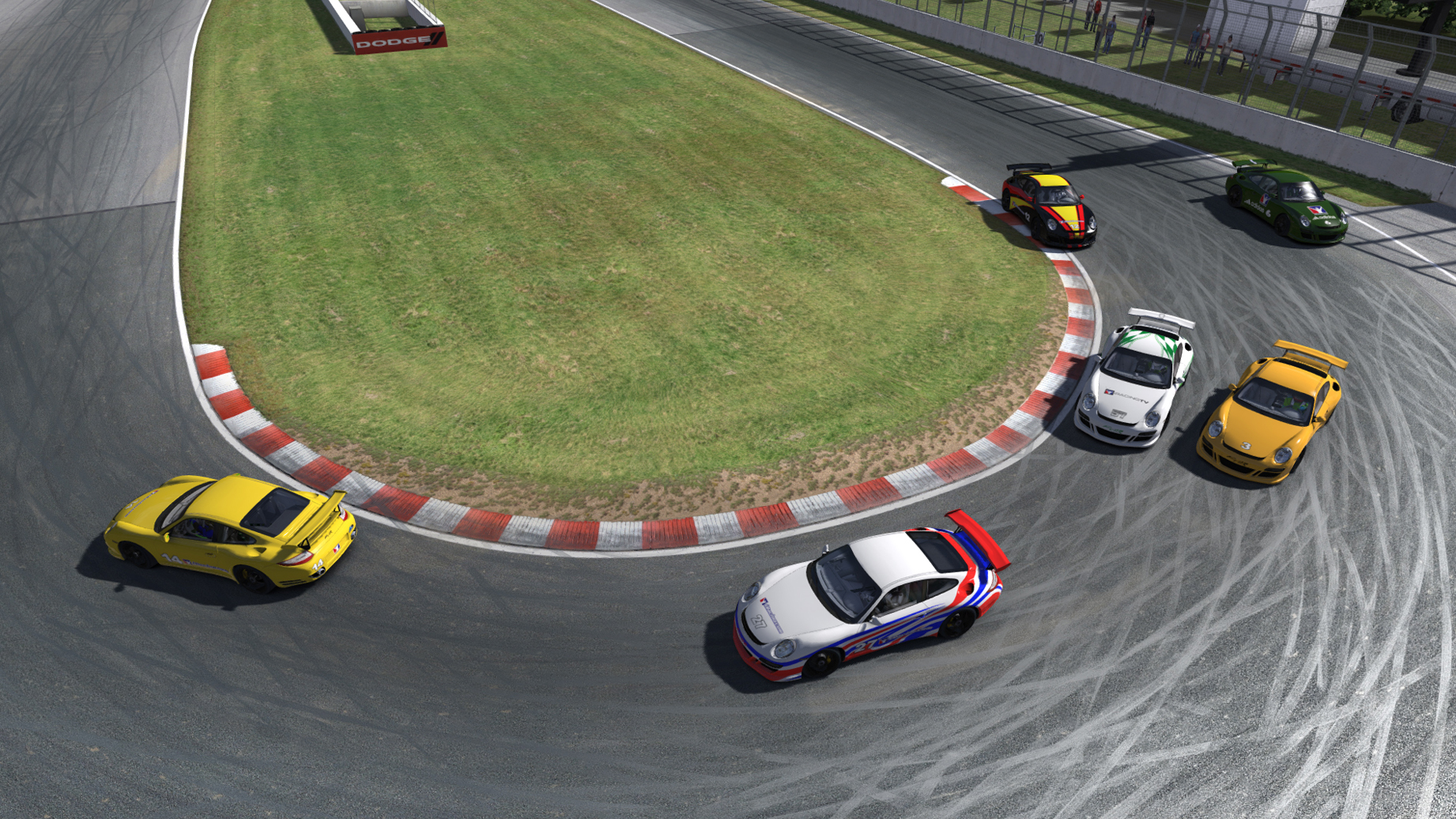 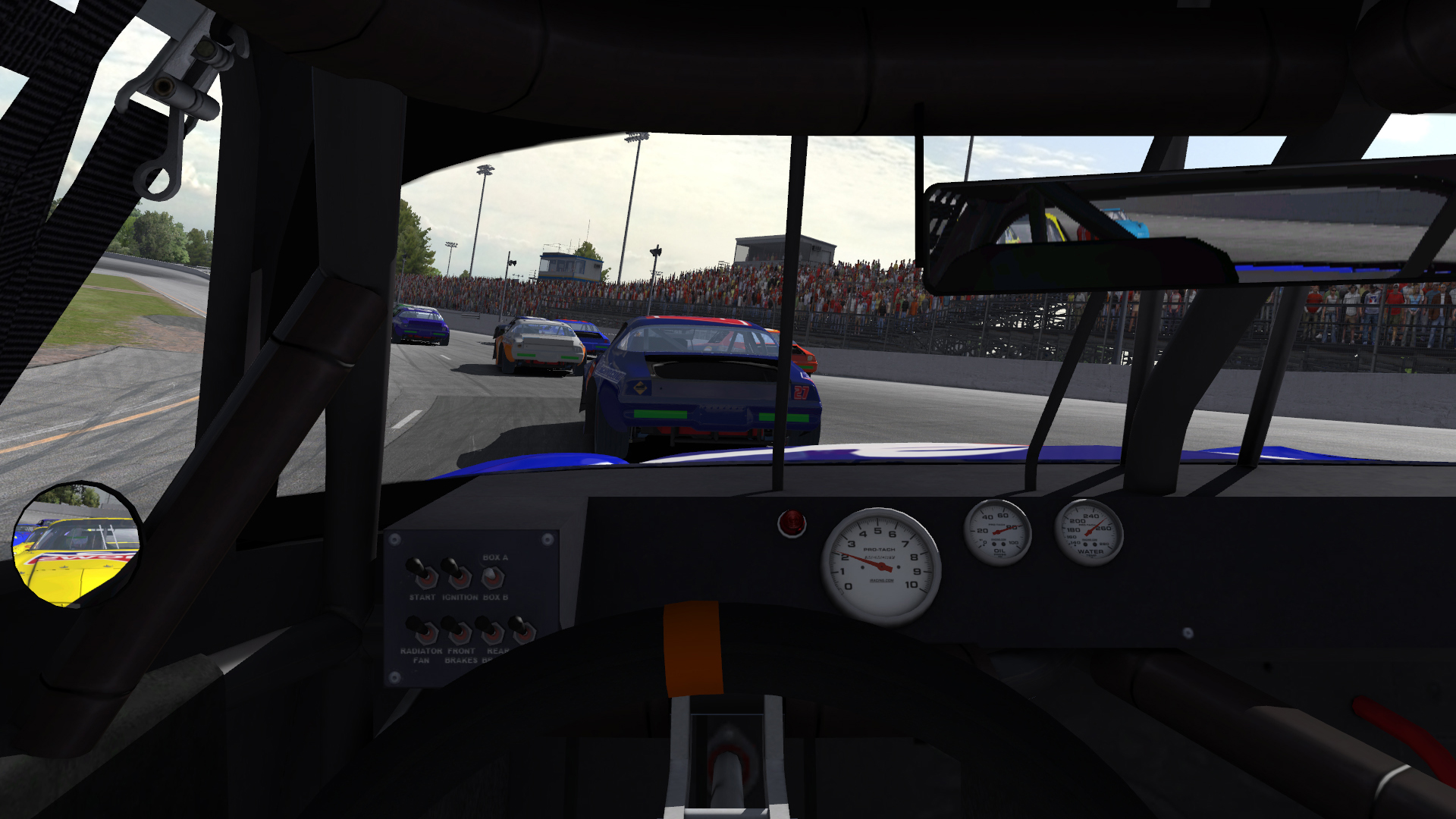 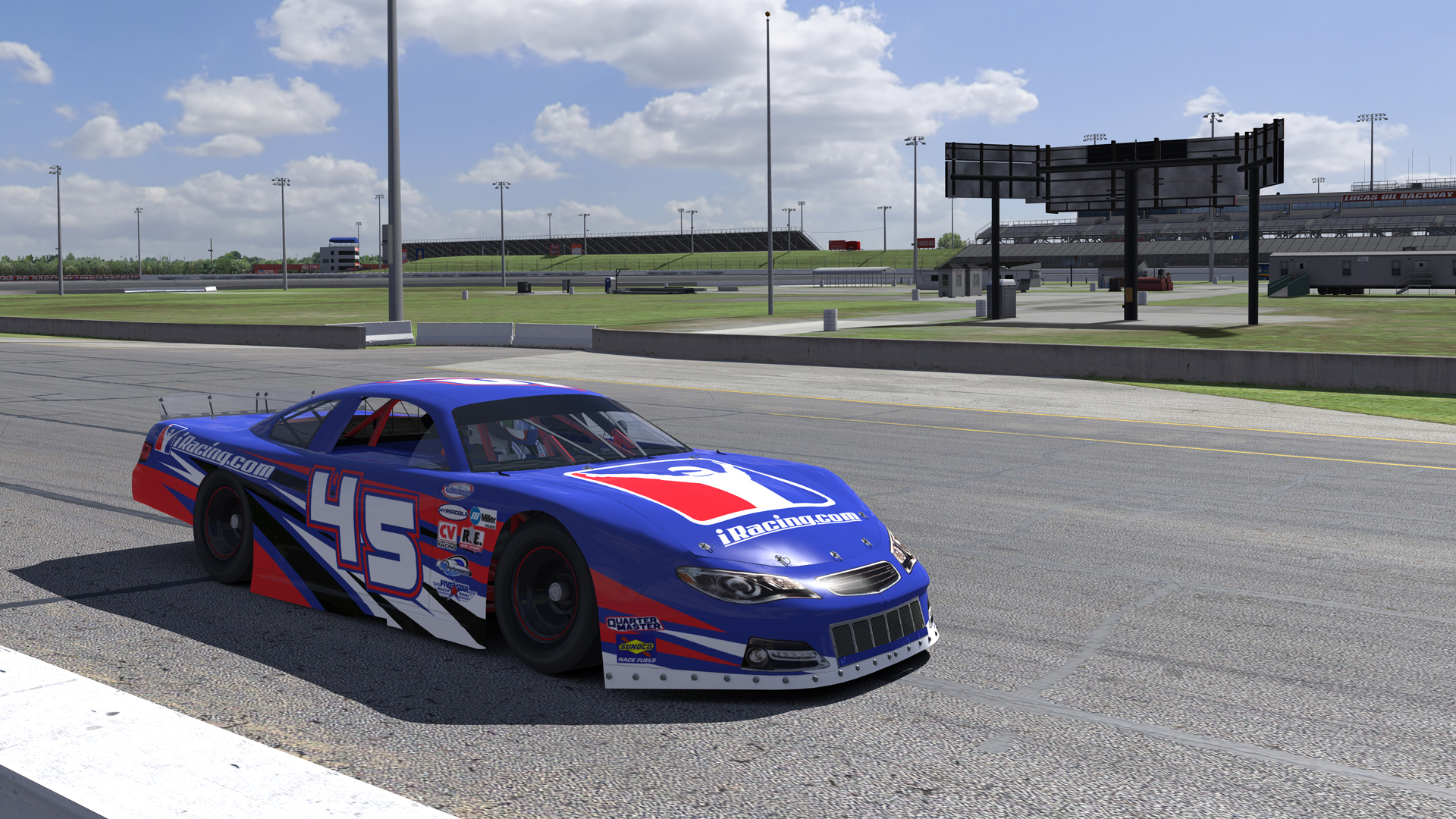 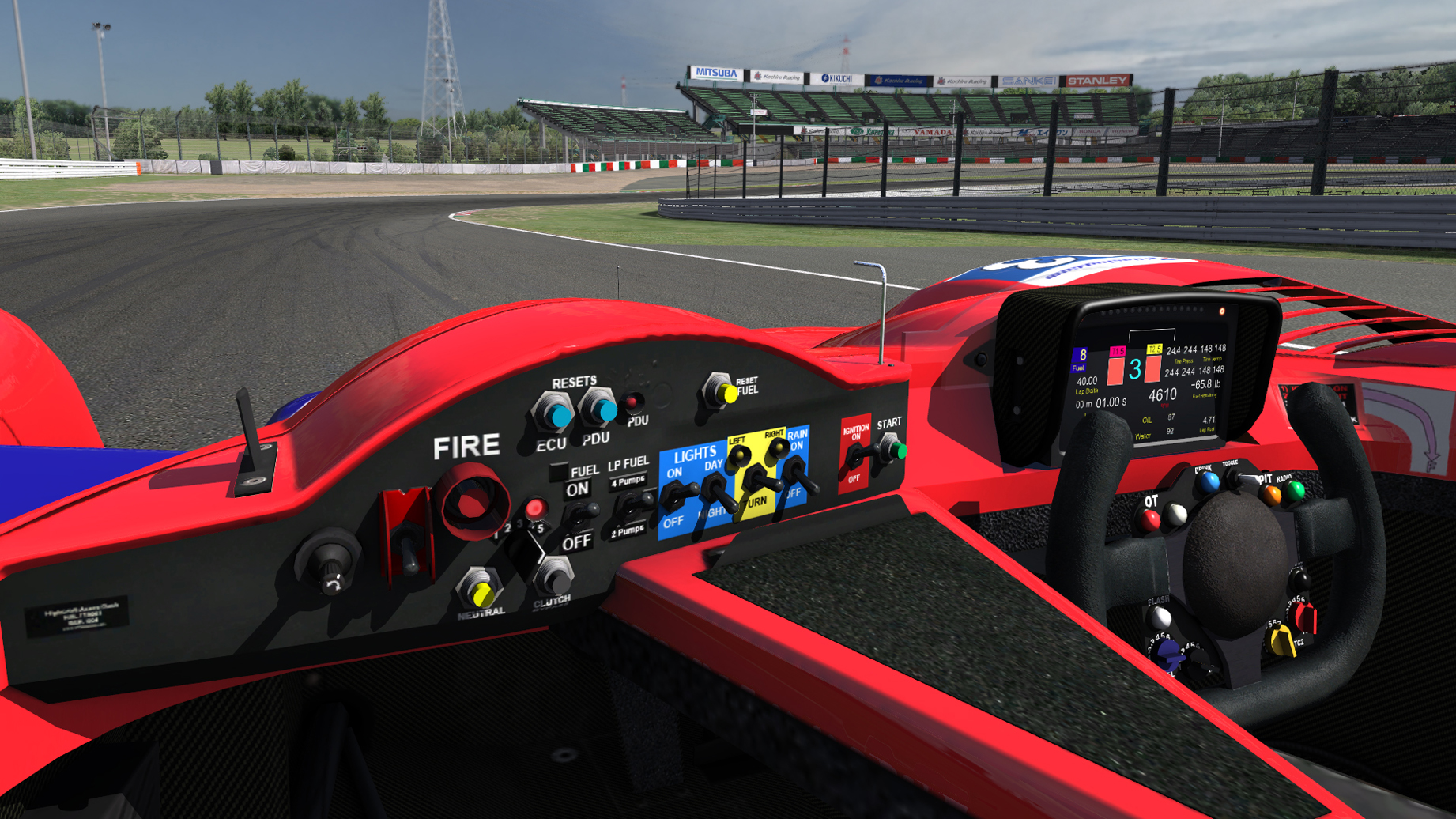 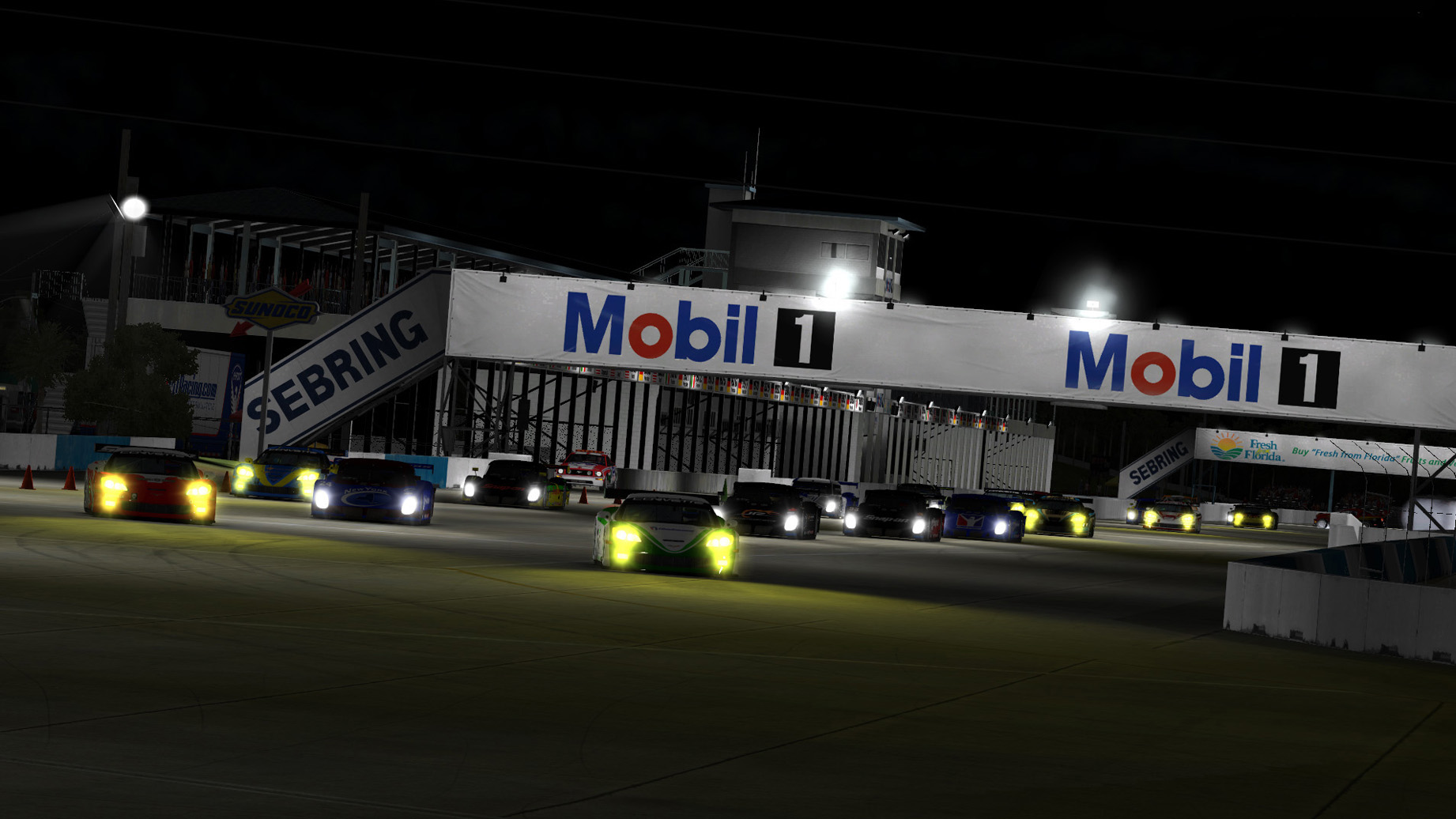 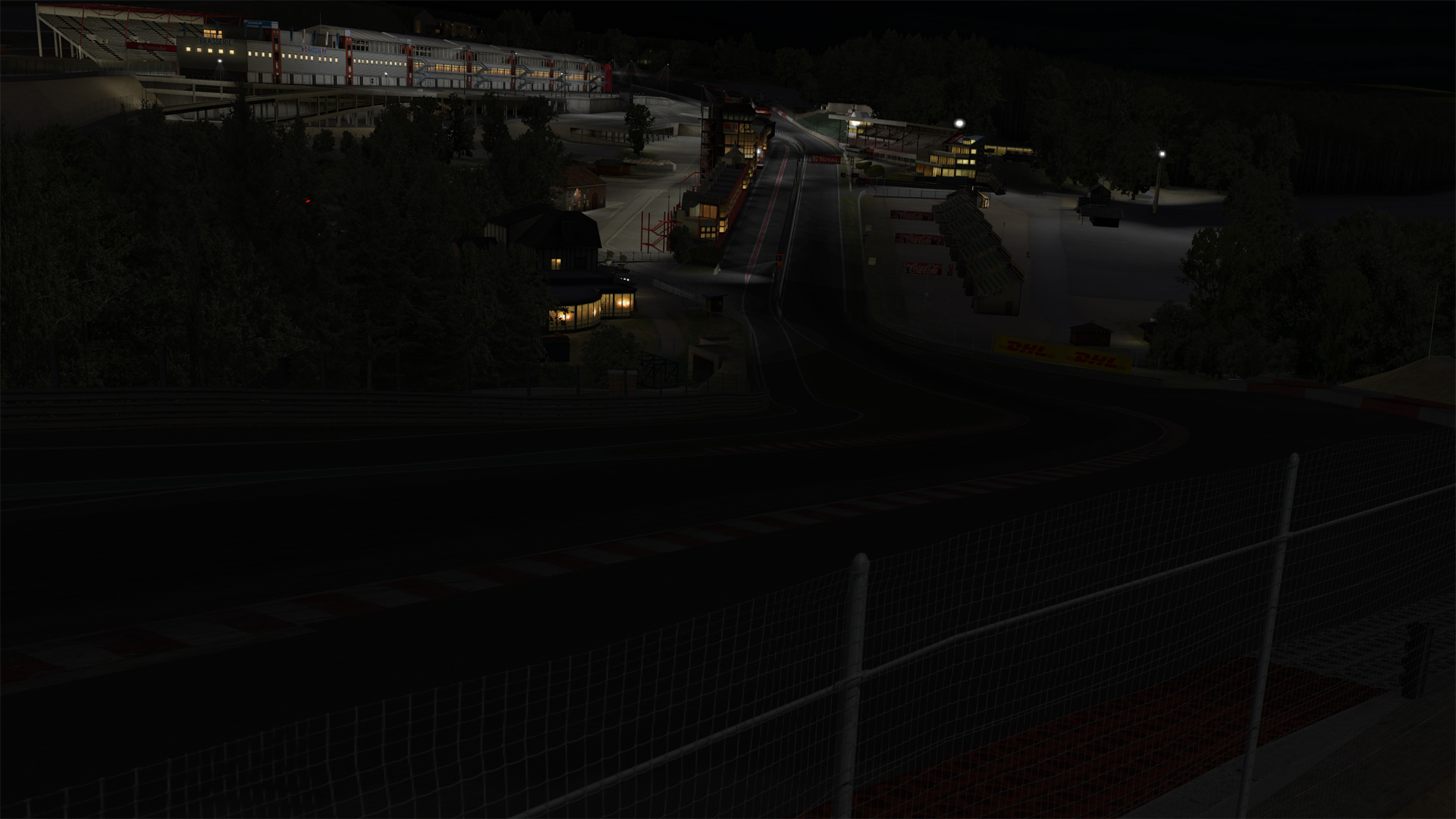 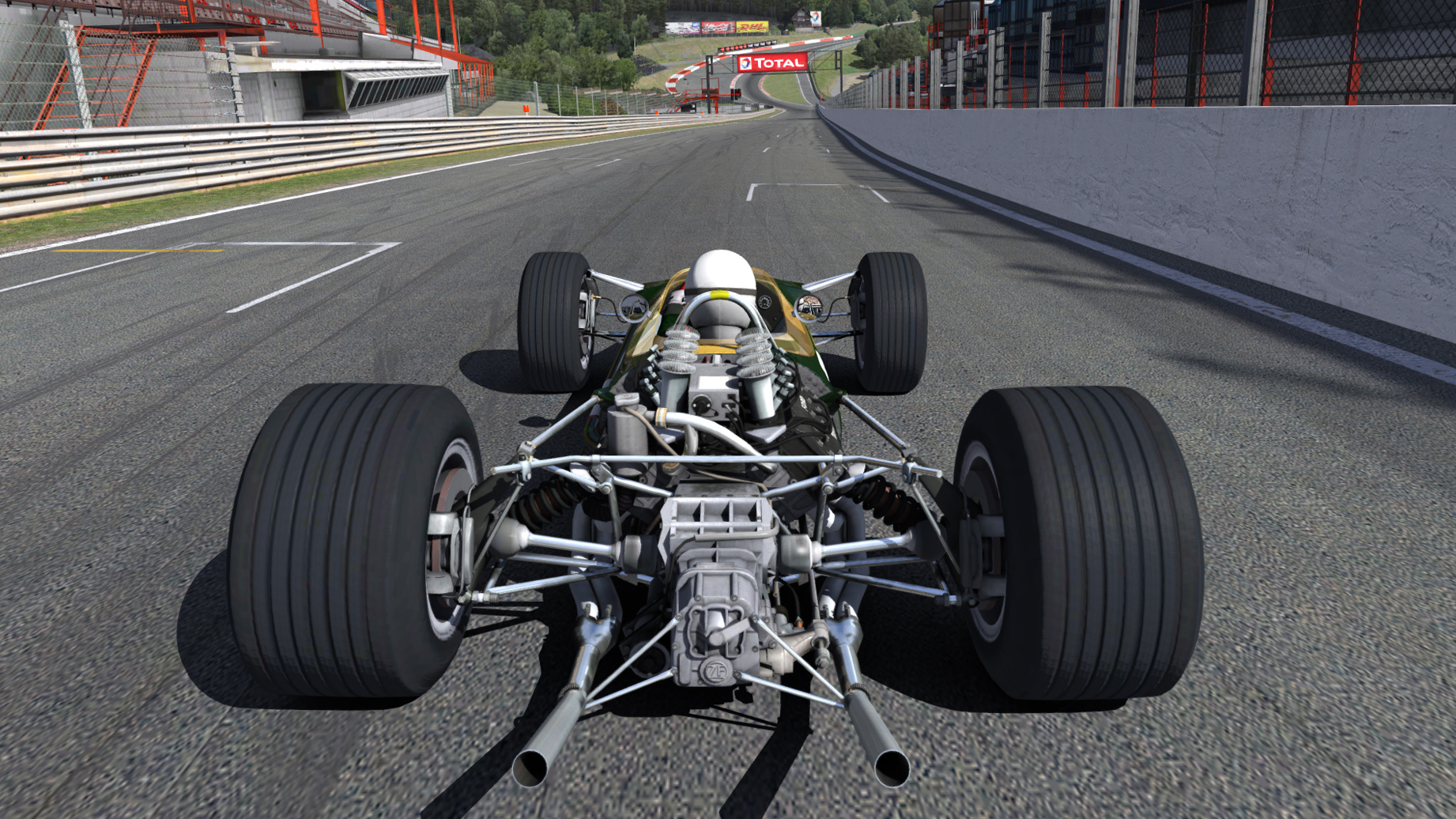 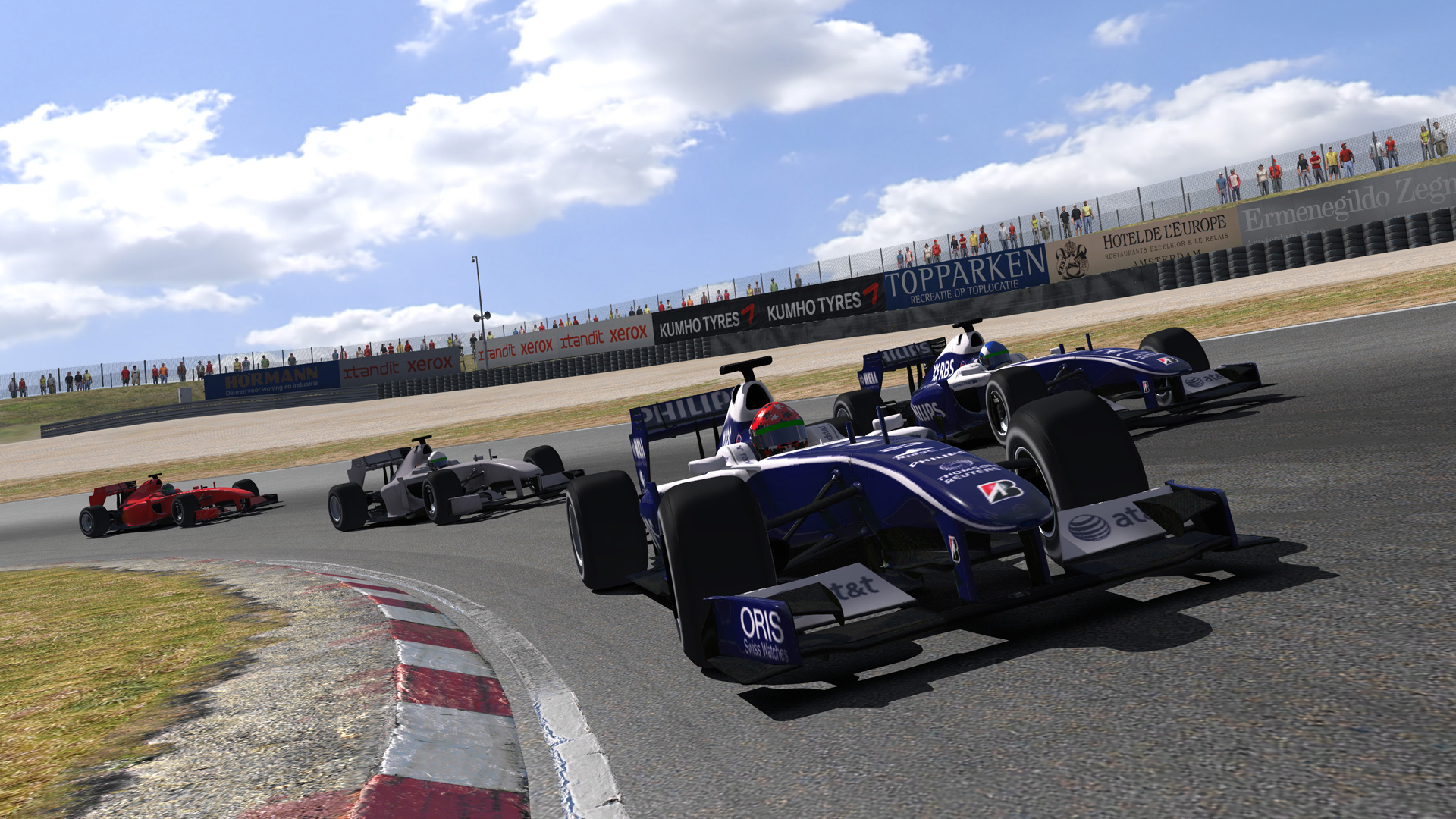 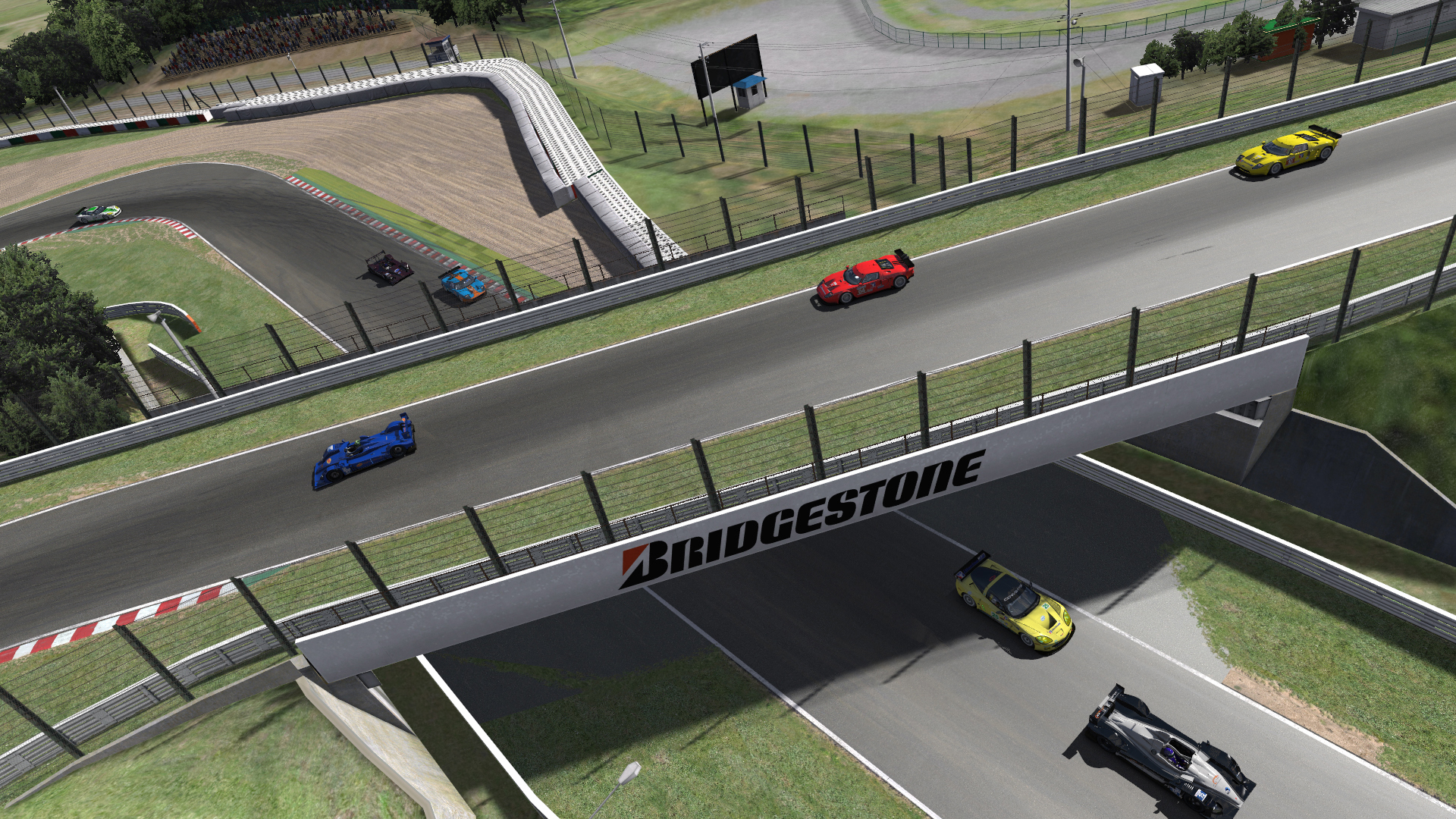 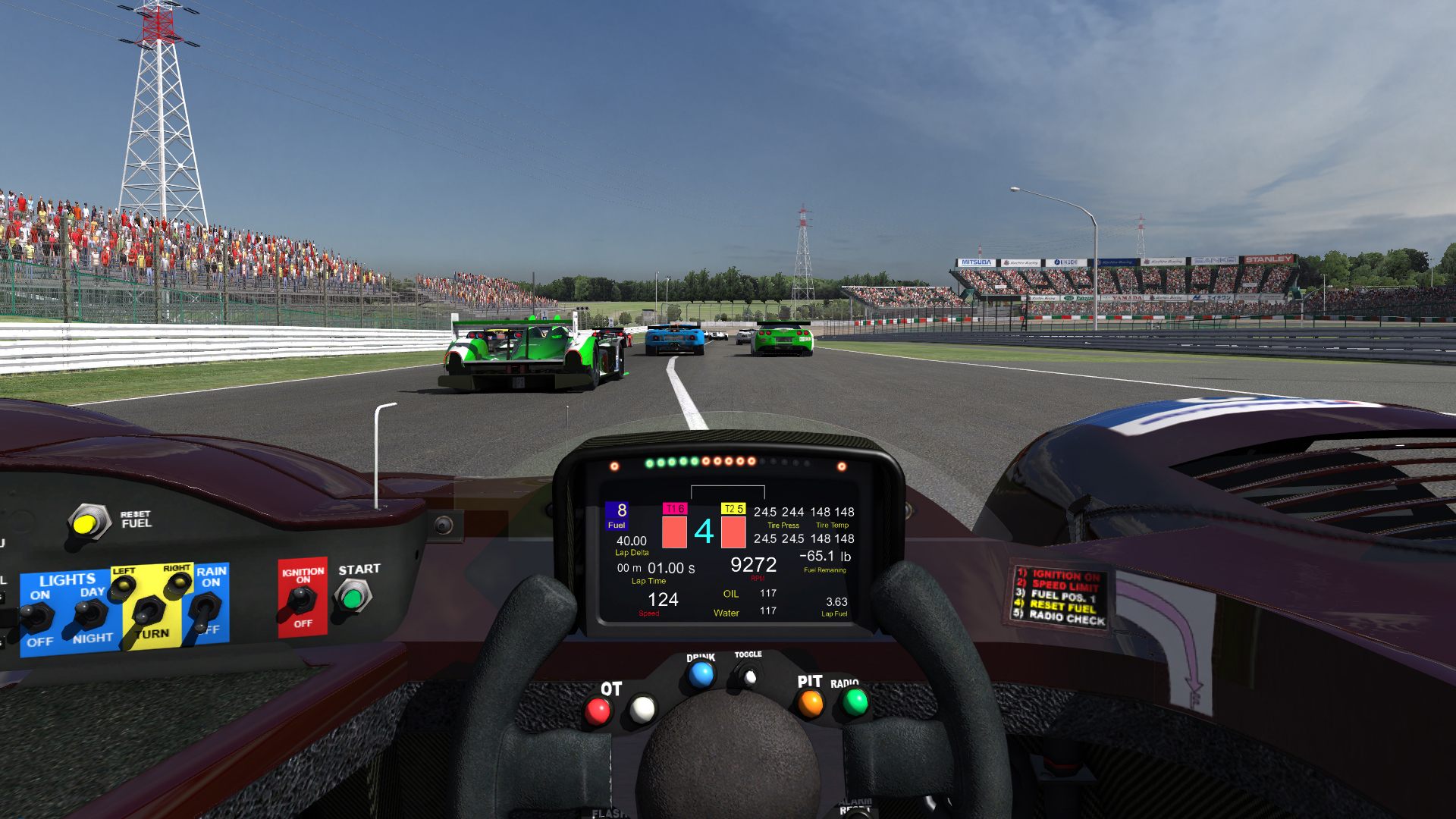 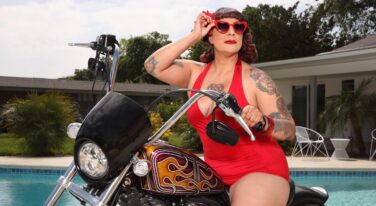 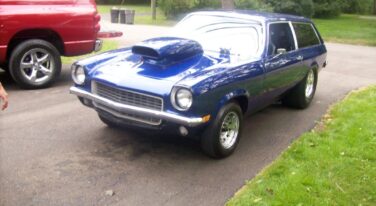 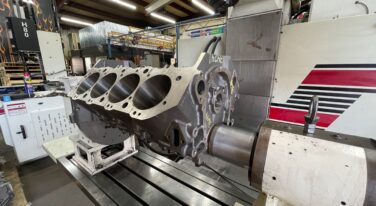 The Foundation Of Your Engine From Borowski Race Engines Part I 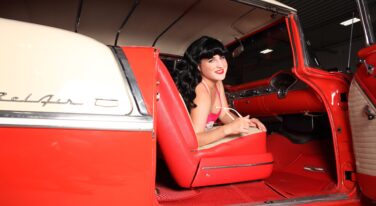 Looking to pit your racing skills against others’? Dream about building your own team and competing in national and international racing series, but don’t have a couple hundred thousand dollars to get started? For as little as five bucks a month (paid in a single two year payment of $119.40), you can, with iRacing. iRacing has teamed up with the many of the real world racing series like NASCAR, World of Outlaws, Sprint Cars, IMSA, SCCA, Indy and FIA to bring you exact replicas of the cars currently competing in those series on exact replicas of the tracks and courses these series use. This gives you the most realistic racing experience you can get without jumping into an actual car.
iRacing bills itself as the premiere online racing game/simulator. There’s no need to have an expensive Xbox or Playstation gaming console. You just need a relatively new computer, a couple of USB ports for a digital steering wheel/pedal setup and a good Internet connection. Plus anywhere from $7.50 for a single month’s subscription up to $119.40 for a two year subscription (which works out to just about five bucks a month).

• Pro Mazda Championship
• Classic Lotus Grand Prix Series with the Lotus 79
• Proto GT Prototype GT1
• iRacing Spec Racer Ford Challenge
• IMSA iRacing.com Online SuperCar championship Prototype GT3
• BlancPain GT Series
• Advanced Mazda Cup
• Kamel GT with the Audio 90 GTO and Nissan GTP ZX-T
• iRacing.com Production Car Challenge
• World of Outlaws Craftsman Late Models
• Dirt Car Racing 305 Sprint Car Series
• Dirt Car Street Stock Series
• USAC Sprint Car Traxxas
Players compete in one of eight different classes in each series/division. This means that you’re not going to go up against someone who’s been competing in the same series for over a year on your first day “in the seat.” You’re going to be competing against other people who have the same amount of experience and the same driving abilities that you’ve got. iRacing works like the real world series - when you show talent and have proven yourself at a lower level, you get bumped up to a higher level class. These eight classes are:
• Rookie
• Advanced Rookie
• Class A
• Class B
• Class C
• Class D
• Pro Level
• iRacing’s elite level World Championship, where you can compete for thousands of dollars in real prize money
If you’ve never heard of iRacing before today, don’t feel bad; neither had I until one of my Facebook friends asked me if I was doing it. I originally thought it was fairly new, but it isn’t. It was created by programmers John Henry and Dave Kaemmer, the brains behind award-winning racing sims like NASCAR Racing: 2003 Season and Grand Prix Legends.
Dave’s a real world racer, too, having won 19 races in the Skip Barber Racing Championship as well as holding the title of series lap record at Lime Rock Park. John is a co-owner of NASCAR’s Roush-Fenway Racing. What this means is that they know what they’re doing when they program the physics of the cars in which you’ll be competing with iRacing.
This longevity and connection to the sport that they bring to the table means they can rely on the many contacts they’ve made in motorsports over the years. Every major league and track has given them their blessing to recreate their series and tracks exactly as they are in real life. International Speedway Corp, Speedway Motorsports, VW, Riley Technologies, GM, U.S. Legends Cars International, the Indy Racing League, Indianapolis Motor Speedway… The list of sponsors and partners with whom they’ve inked deals represents every level of racing except the NHRA and IHRA, including Aussie V-8 Super School cars and tracks.
It took iRacing under four full years in operation to top the 35,000 member mark. Those members came from over 100 countries. Tony Gardner, then president of iRacing, said, “35,000 active or current customers is a great number. What’s most gratifying is that so many iRacers have been with us since we launched almost four years ago. We have staying power, not only because we keep improving and adding to our service, but because – through word of mouth - our long-time members have contributed significantly to our steady growth.” The iRacing site says they now have over 60,000 members, so it appears that new memberships are starting to slow down.
Each of the series/divisions in which you can compete uses the same tracks that are used in professional racing and the game is programmed with accurate physics, so the cars react the way they would on the real tracks. What this means is that professional racers look at iRacing as an extremely valuable (and entertaining) training tool.
Parker Kligerman, real word NASCAR driver and co-host of races on NBCSN, said, “This is one of the coolest things I have ever done on a computer.” Monster Energy NASCAR Cup driver Kyle Larson loves it too: “The coolest part about it is how real the (dirt) track surface changing is. Absolutely blown away! iRacing did a great job.”

The 2016 Verizon IndyCar Champion Simon Pagenaud also loved it: “iRacing is good training. It’s good to be able to race against other drivers online. It brings you the kind of pressure you can have on a race weekend when you race against real people. It’s the same as the real world where you only get one chance; if you crash, you’re done! Just like real.”
Formula 1 and IndyCar driver Rubens Barrichello had something similar to say about iRacing: “I have learned some of the Indy tracks through iRacing and it is great to see that the game just keeps improving. The physics are great! Me and my son Eduardo are having so much fun going through the license phases together.”

Even NHRA drivers are getting into it. Ron Capps, the 2016 NHRA Funny Car Champ (who is currently on a race winning streak), said, “Any time you log onto iRacing.com, there is a good chance you will be racing against some of the best professional race car drivers in the real world. Trust me - there is no sim site more realistic, with the quality of online racing and, more importantly, the ease of use than iRacing.”
I spent a couple of hours cruising Facebook and a number of forums dedicated to racing sims last night and found that by and large, those who aren’t professional drivers and have tried it are really liking it. Facebook user Chase Deakle is pretty representative of them. I asked him what he thought of iRacing and he told me, “Amazing. I raced go karts for a little while in real life. It's a video game but it's also a simulation. It's super realistic. Kinda pricy and a lot of people are actually racers in real life, so they take it a little too serious. Besides that, it's a blast.”

This isn’t to say that everyone’s opinion about it is roses and unicorns. A number of people told me the installation is harder and longer than any other racing sim they’ve played. One guy complained that the download is over six gigs. Another said that the setup and calibration of controllers is long and tiresome and felt that since he had the top-rated controller set on the market, he should have simply had to select it from a dropdown menu, but couldn’t.

Except for some people on a forum that shall remain nameless but appears to only be in place to flame iRace, even those who complained about the setup and/or download all agreed that the racing action is awesome and super fun. Depending on where you live and when you want to logon, finding a race for which you qualify can also be difficult in all but the most basic series like the Mazda MX Series.
As mentioned above, it’s a subscription service, so you pay monthly, quarterly, or annually just to be a member. It seems that gives you nothing more than a login, but iRacing says it gives you “Unlimited racing against real world people from around the world in official series (there appears to be more than 50 now).” They then qualify that: Your subscription fee gives you 15 cars and 15 tracks for free, as well as access to over 100 laser scanned cars and tracks. If you want more cars or tracks, you have to pay for them, a minimum of 12 bucks each, although they say they might offer volume pricing.

Then there are the controllers. Some of them are more detailed than the arcade game systems at amusement parks, with steering wheels, force feedback seats, brake adjusters, triple pedal setups and shifters. You could easily spend several thousand dollars on controllers to give yourself an even more realistic racing/driving experience.
Back to Post
About Mike Aguilar 388 Articles
Mike's love of cars began in the early 1970's when his father started taking him to his Chevron service station. He's done pretty much everything in the automotive aftermarket from gas station island attendant, parts counter, mechanic, and new and used sales. Mike also has experience in the amateur ranks of many of racing's sanctioning bodies.