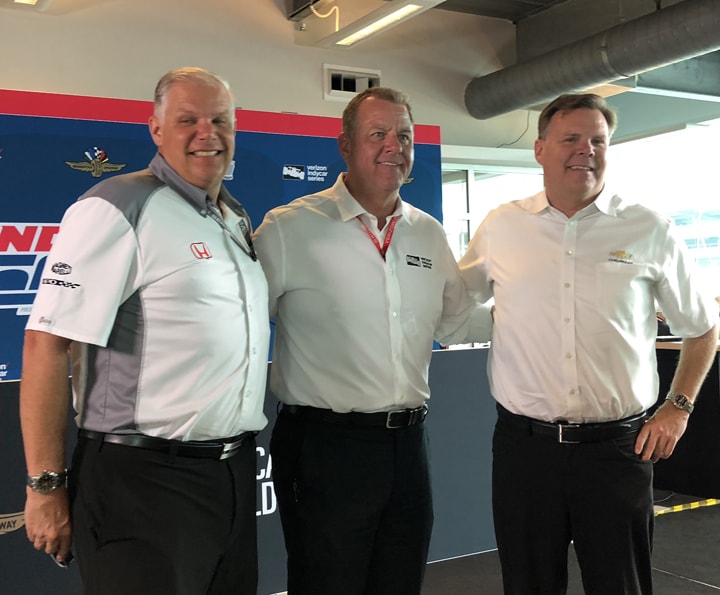 INDYCAR is changing its engine formula, starting in 2021. In what can only be construed to be an invitation to OEMs both in the United States and abroad, the series has decided to introduce a 2.4-liter, twin-turbocharged, directly-injected internal combustion engine formula for a six-year duration that ends in 2026.

This new formula is expected to harness an additional 100 horsepower beyond the 2.2-liter twin-turbo engine currently in use. When using the road-course’s push-to-pass overtake activation, the new 2.4L engine should succeed in returning Indy cars to more than 900 horsepower. The current 12,000-rpm maximum will remain in force.

While the engine is in concept form at this time, the lead time should allow both current INDYCAR engine makers sufficient time to come to agreement on the intimate details this new engine formula. Both Chevrolet and Honda worked with INDYCAR’s president of competition and operations, Jay Frye, to settle on the initial details; the exterior dimensions are to remain similar to the 2.2L currently in use for fitment in Dallara’s chassis and with the UAK18 aero kit adopted for use this season. 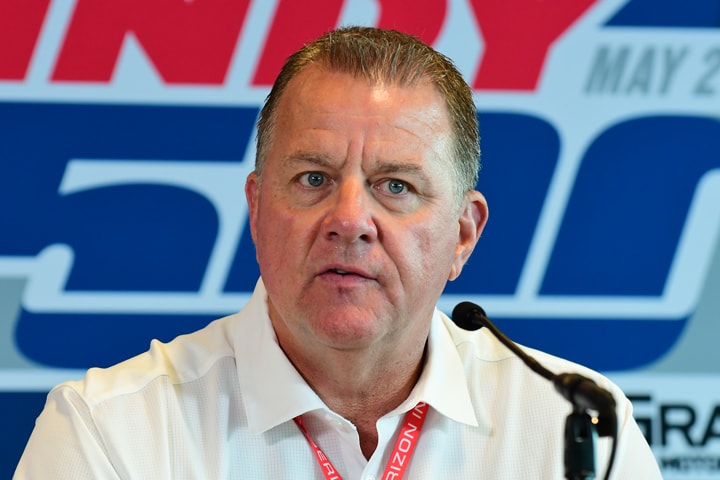 Frye accented the fact that this formula is intended to entice more engine competition in a series that is experiencing growth. “We’re treating other manufacturers like they’re already in the game,” Frye said in making the announcement. “We, together with Chevrolet and Honda created this platform together; this series is growing and we believe, for that reason, that a third manufacturer will come into play.”

Major representatives from both Chevrolet and Honda were present for the announcement. “Boost will go up; horsepower will go up,” said Jim Campbell, vice president of performance vehicles and motorsports for General Motors. “We’re doing this for the betterment of the sport; we believe this formula will continue to showcase relevant technologies that we incorporate in our production engines. The opportunity to transfer learnings in performance, reliability and efficiency between the racetrack and the showroom is very important to Chevrolet.” 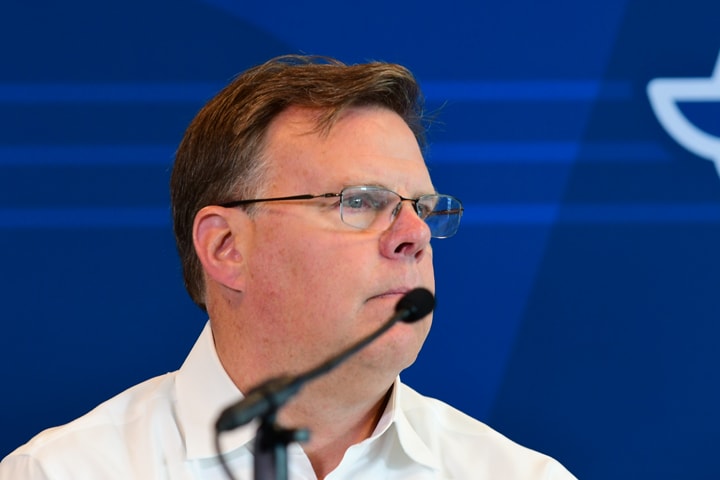 “I’ve said it all along,” said Art St Cyr, president of Honda Performance Development (HPD), “that INDYCAR is the purest form of open wheel racing. We have been involved in [American] open wheel racing since the formation of our company and continuously in this series since we announced our initial program in 1993. The new engine formula should be exciting for the fans and an interesting technical challenge for HPD.”

St Cyr pointed out that the “overall architecture remains similar to the current engine, [yet] the increased displacement will bring many changes, including a notable increase in power that should please all fans of the sport. In addition, it provides our designers and engineers with an opportunity for significant development, which is a challenge we welcome at Honda.” 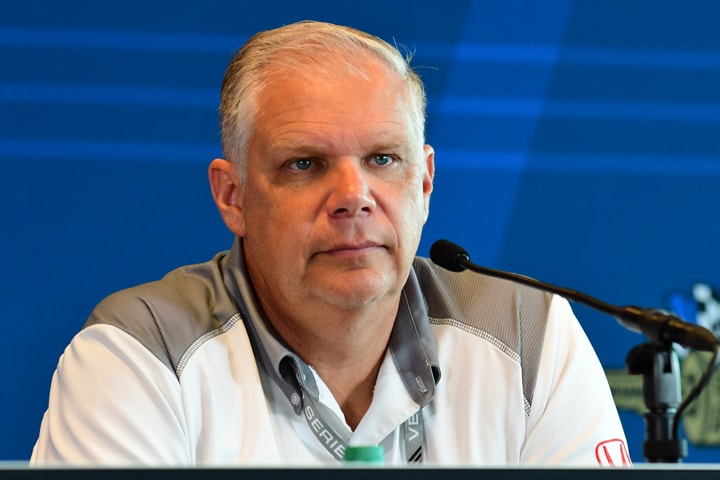 Small displacement road-car engines are the rage at this time, although many manufacturers are using four-cylinder platforms for their road-going vehicles and the Indy car series is going with the better-balanced 2.4-liter six cylinder engines. While there is no plan – at this time – to incorporate hybrid technology, both Campbell and St Cyr did stress the importance of efficiency in the formula the manufacturers and sanctioning body have devised. “Our goal is to have 2/3 of our fleet electric by 2030,” said St Cyr. “We will find ways to bring the efficiency level up while gaining power,” added Campbell.

Both engine manufacturer reps did think the one- and four-lap track records at Indianapolis Motor Speedway, currently held by Arie Luyendyk could be broken as they optimize the formula. In 1996, Luyendyk toured the 2.5-mile oval at 237.498mph for a single lap and 236.986mph over a four-lap qualifying run. Those figures have not been equalled or surpassed in more than 20 years.

Frye is planning on new teams joining the series and expects at least one new OE engine manufacturer to take part in the new formula. INDYCAR has seen an increase in team interest and has also seen new sponsors entering the sport. There’s no deluge at this time but the progress has been steadily increasing.

“Another OEM is essential to meet the demands,” Frye said. “We’ve talked with a lot of key executives and asked for their opinions; they’ve all said this is a very relevant platform to what they’re doing. No announcements of additional manufacturers are immune, but it feels like we’re on a good path.”