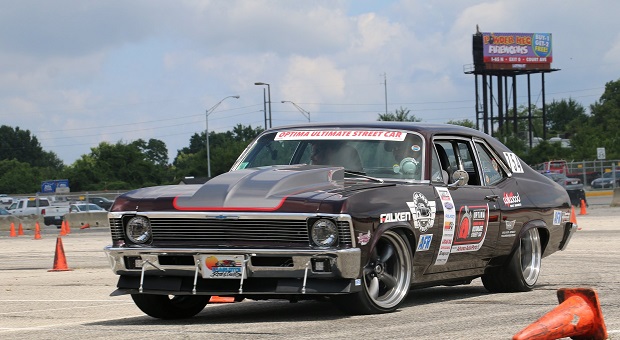 With pro touring machines getting more and more popular as time goes on, hot rodders are looking for reasonably-priced approaches to making their Camaro, Chevelle, or Mustang handle the abuse thrown at them by the autocross course of the race track. Of course, fully-fledged, single-purpose road racers have been around for a long time, but this is not a course on how to lose a small fortune trying to turn a road car into a Trans-Am winner. Instead, this ought to show how, with the help of modern tires and a few clever modifications, any heavyweight bruiser can be made to handle as gracefully and precisely as a modern sports car, and how every component of the footwork affects the entire suspension system.

What might distinguish modern cars best from their predecessors is body control. Even in the last fifteen years, the way a car can ride bumps, cambers and crevasses in the asphalt has improved astronomically. Any driver concerned with compliance and grip in a variety of situations ought to consider what will give them a more modern, varied, wider-articulating suspension setup. 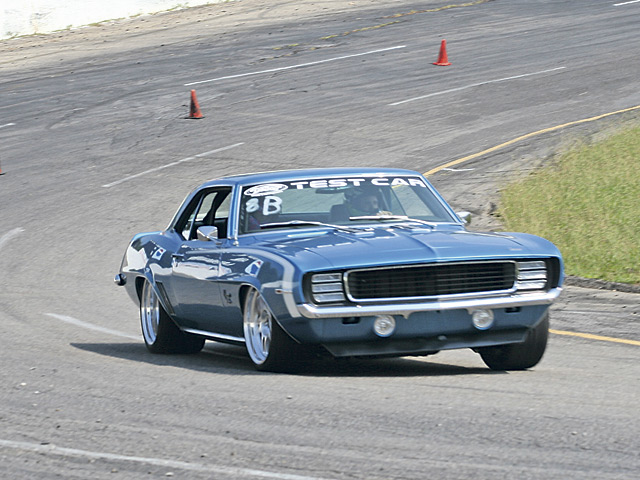 The answer is an independent rear end. Though this might compromise a Camaro’s ability off the line, the real-world implications of running an independent setup are hard to count. Swap kits are available from companies like Heidt and Hotchkis, and will offer drivers the traction and predictability sought after on a crowned, moist backroad where a solid rear axle would leave the driver guessing.

A clear line of communication between the driver’s extremities and the surface of the road come down to two other upgrades: bushings and tires. As the rubber components in many muscle cars were intended to provide a certain amount of civility, they were never really up for the task of cornering; they were too plush. Plus, with the likelihood they’ve aged well beyond their prime, replacing them with something newer and harder holds huge potential. Moving to polyurethane bushings will stiffen the car and possibly diminish ride comfort, but the driver ought to feel the car’s movements with greater sensitivity, and thus knows when they’re approaching the limit of grip, and enjoy better steering response. 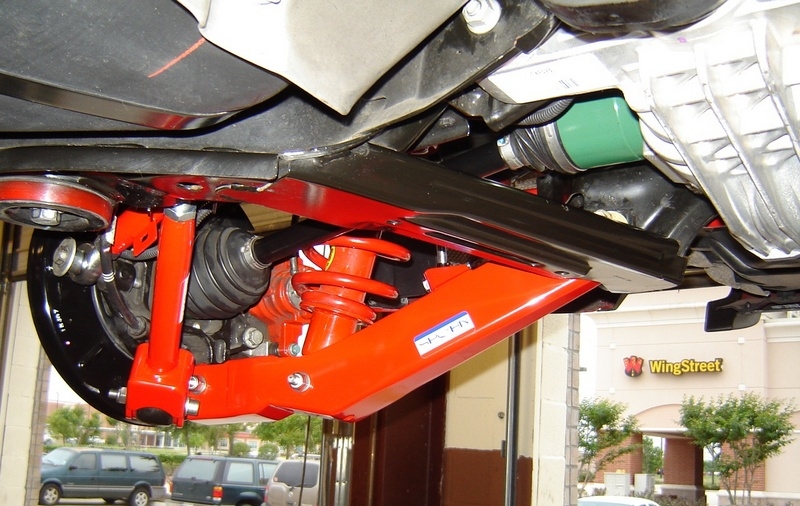 New tires also help in this department. Whereas old bias-ply tires were a little vague at the limit and lacked the sidewall stiffness for ideal levels of clarity, the newest R-compound tires give the driver a direct, predictable and communicative tire with lots of outright grip. As the car corners, the stiff sidewall prevents the tire from rolling over and the contact patch from shrinking. Of course, the potential of a modern R-compound tire will shed lap times by a few seconds just with the added levels of grip, but for a truly communicative car, the suspension needs to be stiffened to complement the rubber underneath. 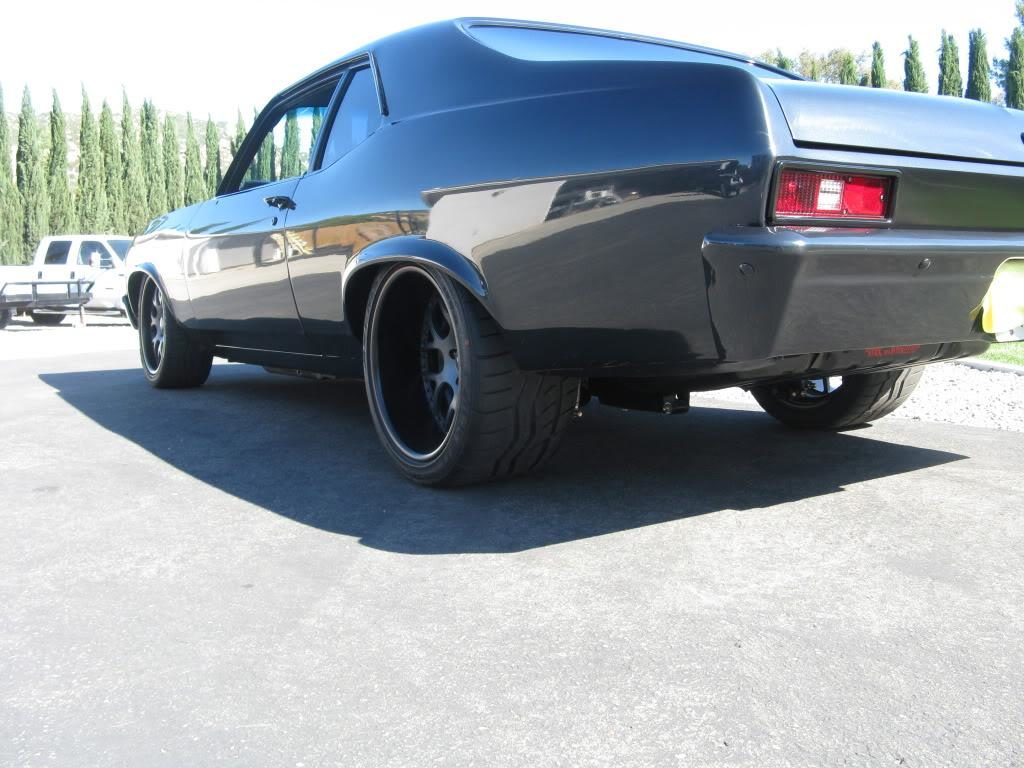 Because old bias-ply tires would give up before the swaybars were ever maxed out, a thicker, stiffer swaybar is crucial to keeping roll to a minimum and making the most of the grippier tires. The same applies for modern A-arms, which will articulate differently to take advantage of the higher levels of grip offered by the stickier tires. Thankfully, aftermarket arms are widely available and designed as bolt-on applications. 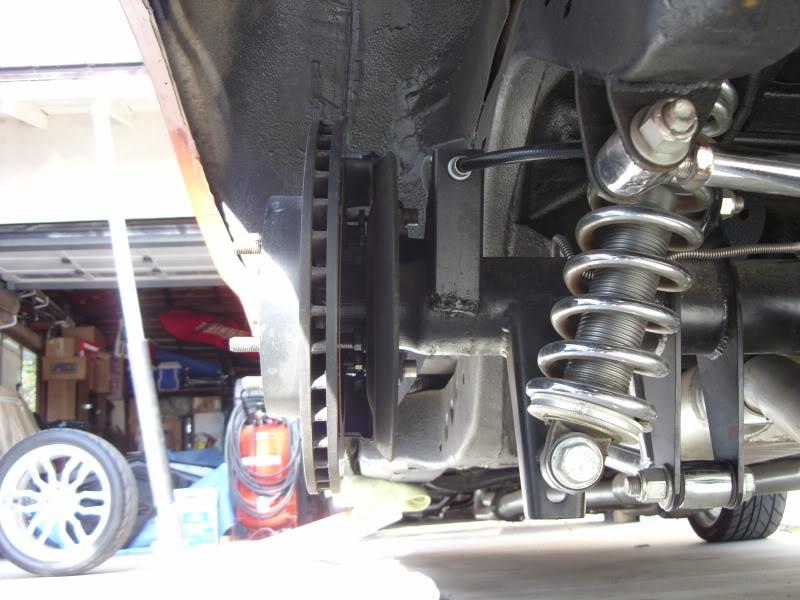 With coilover packages and even complete new chassis available from the aforementioned companies to spruce up the handling of a fifty-year-old car, the sky is the limit. Remember that every piece of the suspension interacts with and affects another suspension component, and therefore the entire system must be understood to get the most out of it. Adding big tires and a little camber won’t allow a hefty Camaro to keep up with a Lotus – the entire suspension must be synchronized for that to happen.