RacingJunk News > News > How Does IndyCar Deal with Downforce? 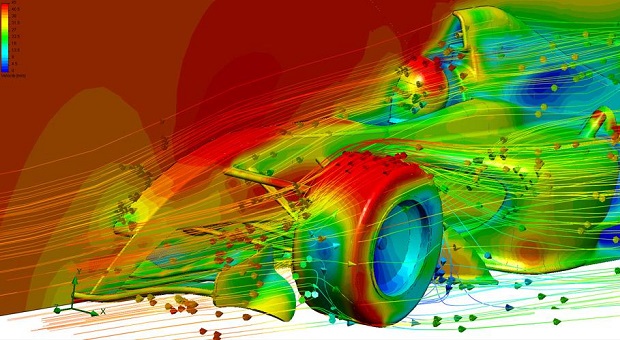 We’re inundated with regular arguments about the value of downforce in IndyCar racing, but only on rare occasions is much technical insight presented, and often it’s very theoretical. Generally, the discussions revolve around how much downforce is truly good for racing and challenging the driver – two different discussions – and rarely does anyone get into why the sanctioning bodies do what they do or how downforce actually affects the driver.

Gains in downforce could be made, though the sanctioning bodies realize how dangerous it could be if figures went through the roof. The issue revolves around the steering effort involved, and the fact that with 6,500 pounds of downforce already generated by the current cars, an increase in downforce would be so physically demanding that the machines couldn’t really be driven.

If IndyCars’ current rules were lifted, particularly in regards to some of the aerodynamic elements (like the broad underbodies of IMSA GTP cars, Group C cars, or F1 cars of the early eighties), some 9,000 pounds of downforce could be produced. The aforementioned racing cars of yore produced staggering levels of grip and were nearly on-pace with the lighter CART and F1 cars of the day despite weighing quite a lot more. With modern tires, the combination would be staggering.

However, the underbodies are strictly regulated because the cars need to be somewhat forgiving. Skirted F1 cars from the eighties were renowned for how abruptly they’d break away once the limit was surpassed, and how, once spinning, there was little the driver could do. This has to do with the nature of keeping a skirted underbody sealed, but it also touches on a lesser-discussed aspect of this whole wing business. 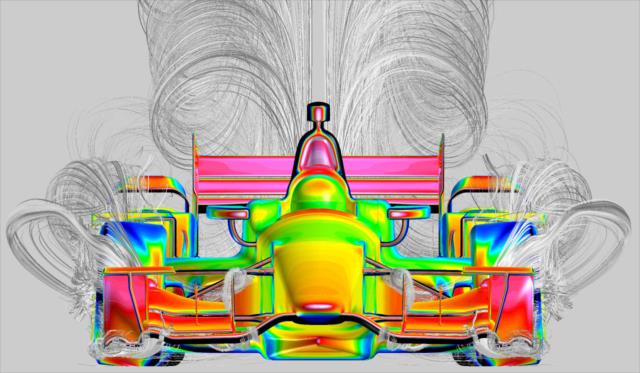 Grip is great, but the cars need to provide their driver with some progression around and towards the limit. For this reason, engineers do all they can to ensure the rear wing stays fully planted and never separates from the machine. The rear wing assembly generates roughly 30 percent of the car’s downforce, and something like 40 percent of the drag. Because wings all work in harmony, ideally, a separation of a major aero element like the rear wing results in a drastic change in flow around the body and a serious change in balance – hence the fact that a rear wing leaving the car usually forces the car into a spin.

Interestingly, the front wing generates similar downforce but much less drag, and when it’s broken or lost, the drivers seem to be able to cope much better. This is not only because a little bit of understeer is easier to manage in sharp-edged cars like these, but because the front wing is only one step in the flow around the car. 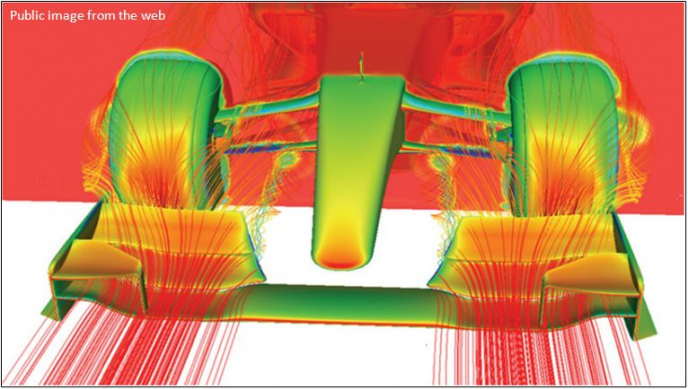 At the end of the day, getting the high-energy air funneled around the car most effectively is the order of the day. The wings play large roles, but all of the seemingly fussy add-ons are just as valuable. Shapes of the suspension and brake ducts might not directly produce downforce, but by having them located correctly, one can facilitate better flow around the oddly-shaped body. Canards, winglets and strakes all play critical roles in getting the rest of the air flowing efficiently around the car and getting the high energy shoving those broad wings down and, in turn, thrusting the tires into the pavement.