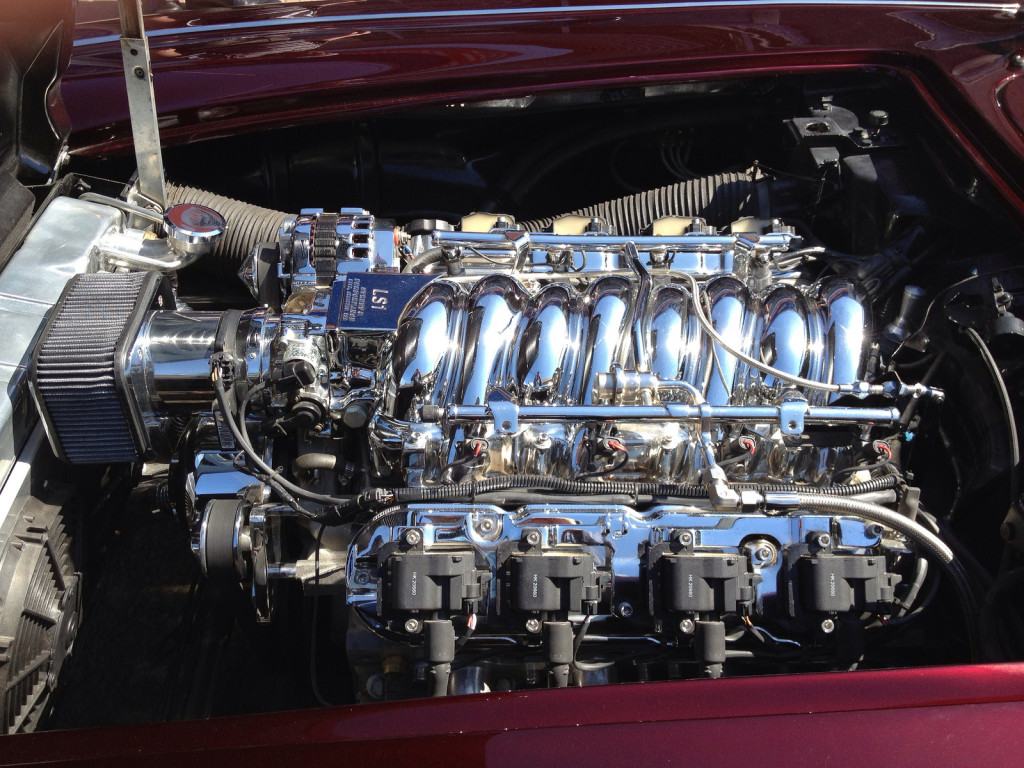 A couple months ago I did a comparison between fuel injection and carburetion to help you decide which type of fuel induction system to choose. Although fuel injection has been around almost as long as cars have, it’s only been within the past 20 years or so that fuel injection systems have really been viable options for those with a desire to go fast, quickly. The keyword there is quickly, because even the older systems were able to allow engines to drive cars fast. They just didn’t really have the acceleration or throttle response that carburetors give. A trip to your local drag strip will show you that throttle response and acceleration are no longer that much of an issue.

In this issue we’re going to touch on a number of subjects concerning fuel injection and your hot rod. I will first touch on the various types of fuel injection systems that are available for performance vehicles and the differences between each of them. Next I’ll go into how to upgrade a stock EFI system to a race-ready system, after which I will touch on some of the advantages and drawbacks of EFI versus carburetion.

Fuel injection systems have gone through a number of changes over the years. They’ve gone from crude and rudimentary mechanical systems that weren’t very good at properly metering the fuel to the systems we have today that can fine tune the amount of fuel, and to an extent the spray pattern, to the nth degree. Today we have fuel injections systems that place a single injector in a carburetor-like component all the way to systems that place individual injectors at or near the combustion chambers for more efficient delivery of the fuel.

Throttle body fuel injection, known as TBI for throttle body injection, is pretty much the oldest of the “modern” FI systems. This type of FI system places an injector or two into a device that resembles a carburetor. The shot of fuel is mixed with the incoming air charge as it passes through the venturis. In this type of system the injector is usually constantly energized and passing fuel. This type of FI system works, but isn’t very good for performance.  It was mostly used because it was cheap and most of the other fuel system components could be reused. TBI is a single-point, continuous injection system.

Multiport fuel injection (MFI/MPFI) is what most of us are used to these days. Instead of a single injector, each cylinder has its own injector placed just upstream of the intake port. Since the fuel is injected at the intake port just upstream from the valve, this is also known as a semi-dry system. Of the three types mentioned so far, MPFI delivers the best of both worlds- power and efficiency. MPFI FI systems can be either sequential, batched, or simultaneous. Sequential injection systems time the injection pulse for when the intake valve is open, batched systems dump fuel to the cylinders in groups, and simultaneous systems pulse all injectors at the same time. Although this type of injection system is relatively new, it’s being phased out by most manufacturers for an even better type of system.

The newest type of FI system is the direct injection EFI system. You’ll find this in most performance cars these days. As a matter of fact, most manufacturers are phasing the other types out in favor of DI/EFI. The reason for this is efficiency and performance. Because the fuel is directly injected into the combustion chamber, there’s less time for it to condense, thus creating a more through air/fuel mixture which results in better combustion. However, because the injector is located in the actual combustion chamber and not upstream of the valve, it is exposed to much higher temperatures and requires more exotic materials, making this the most expensive type of system as well as the most effective and efficient.

Upgrading Your Boring Stock EFI to a Race-Ready System

Upgrading a stock EFI isn’t as easy as upgrading to a performance carburetor. This isn’t to say that the average hot rodder can’t accomplish the task, but it means that more time, care, and effort will be required. It’s also significantly more expensive. In a nutshell you’ll be replacing the injectors, possibly the fuel pump, and the pressure regulator. It’s a possibility that you’ll need to replace the injector fuel rail, as well. You’ll probably also need a new computer.

The injectors need to be replaced because they can’t supply the volume required or withstand the higher pressures. (NASCAR recently upgraded to EFI systems. The old carbureted systems ran at pressures on or around 30 PSI, while the new EFI systems are running at least double that.

The fuel pump and pressure regulator also need to be replaced because stock components will usually be set to provide much lower pressures and fuel flow volumes. With that said, there is a chance that you can retain the old pressure regulator IF it is electronic and not vacuum-operated. Electronic regulators are controlled by the computer, which can have its mapping (programming) modified. The fuel rail may also need to be replaced for the same reason. During the upgrade planning phase, contact the manufacturer of the car or the system to determine what, if any, old components can be reused.

Since I don’t know the exact make and model of vehicle you’re working on, I can’t give you a detailed step by step on the upgrade process. For this reason I’m going to work on the premise of an upgrade from TBI to either MPFI or DI/EFI since they will be somewhat similar. First, purchase a motor manual for your vehicle (Chilton’s or Haynes) and gather everything you’ll need together in one place.

When upgrading from a TBI to one of the multi-port systems, the steps listed above are only generalized. You will also at least need to preprogram the engine management system, if not completely replace the computer. TBI only has one injector to control, whereas MPFI has as many injectors as there are cylinders and each one needs to be controlled by the computer.

If you’re upgrading an MPFI system to a DI/EFi system, you will more than likely need to reprogram the computer to allow for more radical fuel and timing curves. Like I said, this isn’t rocket science, but it isn’t the straightforward job that upgrading a carb is.

Performance tuning a fuel injection system is all about increasing the amount of air and fuel that enter the combustion chamber and ensuring that they are in balance. Technically, this means keeping the ratio of air to fuel as close to the perfect 14.7:1 as possible.

Unlike a carburetor, this isn’t mechanically done- it’s done by reprogramming certain parameters in the computer. It means telling the computer to increase the fuel pressure in the fuel rail and increase the amount of time that the injector remains open and passing fuel-the injector pulse-width. It will usually also entail replacing the air intake system with one that flows more air. Often this means a new intake manifold.

You’ll also need to adjust the ignition timing. On most older cars with EFI, this will be a two-step process. You will first need to adjust the idle timing by hand by slowly rotating the distributor. Next, you’ll need to go into the software and program in a more aggressive timing curve.

I’m a carburetor guy. To me there’s just something visceral about seeing a big carb sitting on top of a big engine. It just looks better. However, automotive engineers are making EFI systems that look good, too. To me, the carbureted systems look better, in a classic sense, whereas the modern EFI systems are just that-modern beauty.

A Weiand performance intake for a carbureted engine.

Carbs are easier to tune. All you need is your ear and a small screwdriver, although if you want to be exact in your adjustments, you’ll need either an O2 sensor in the exhaust stream or a gas analyzer at the tailpipe. You’ll also want to advance the ignition timing a bit to help the engine produce more power.

In order to adjust an electronic fuel injection system you’ll need to either replace the chip in the computer that controls the engine systems or you’ll need a programmable (mappable) chip/computer and a programmer. These aren’t cheap and I have yet to hear of any shops or stores that loan them out. If you’ve seen the “Fast and Furious” movies, you’ve seen programming, known in the industry as mapping, in action. It’s the laptop on the passenger seat. There are others that are specifically designed for the purpose, but they are even more expensive.

One of my main bones of contention with EFI is that there are more failure points. With a carburetor, you’ve got lines, filters, a pump, and the carburetor. To check to see if fuel is being delivered, you only have to look down the throat of the carb. Fuel injection systems have literally dozens of failure points. Not only can the pump and injectors fail, but the injector can be clogged with contaminated fuel. The computer can fail. The connection between the computer and injectors can fail. Voltage spikes can cause degradation of the software and/or electrical components. If the pump fails, you’ve got to drain and drop the fuel tank. Personally, there’s just too much that can go wrong.  But the benefits are undeniable, so let us know what you decide to do.