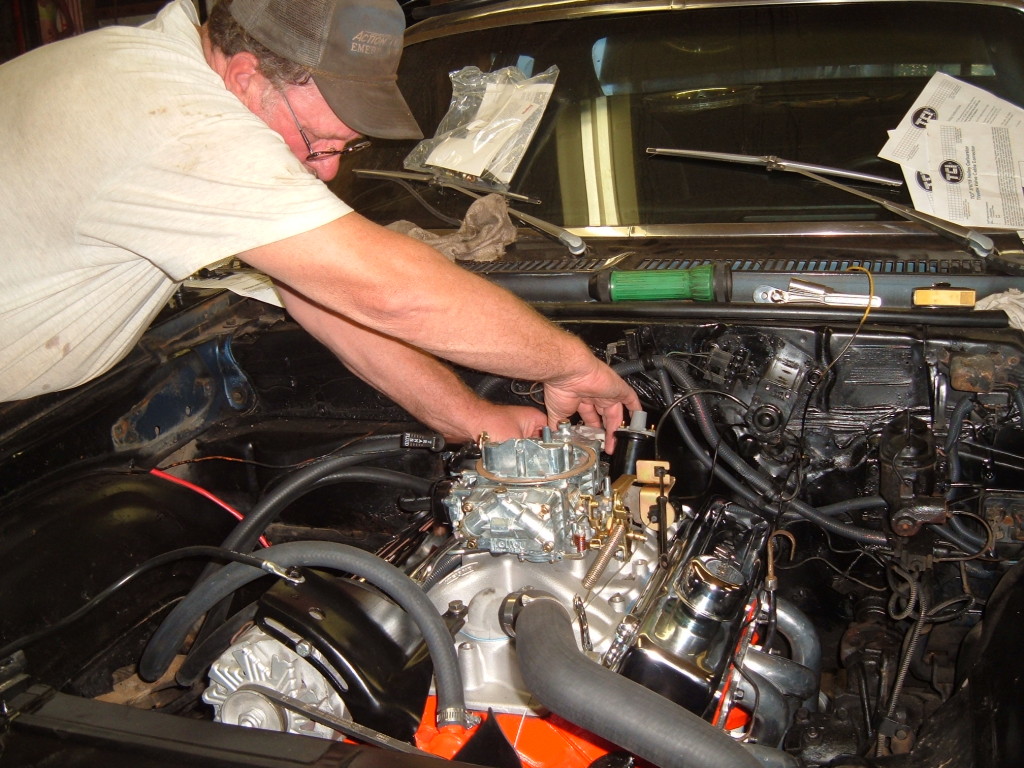 Drag Race 101: Part III, The Benefits of Better Breathing – Carb Choices: To Double Pump or Not

If you are wondering how to choose the right carburetor for your car, chances are, you have gotten a lot of opinions from a lot of people about this dilemma. Deciding whether you need a Double Pumper or vacuum-secondary carburetor is a choice that has been placed in front of anyone that is in the market for a carburetor.

Just like any other individual part of your engine, when choosing components, the entire engine—and other parts of your car, needs to be considered. To keep it simple, many feel that Double Pumper carburetors are solely intended for race cars, and vacuum-secondary carburetors are for street use. In basic theory, this is correct, but since when is anything basically easy.

The secondaries on a vacuum-secondary carburetor will inherently open slower than those on a Double Pumper. This is because it takes time for vacuum to build and operate the diaphragm. This gradual operation increases power progressively. This gradual increase in fuel (and power), gives cars using street tires a greater chance to launch, as the tires will have a better chance to “grab”, because there is not an instant “hit” of power. Think of it this way, as engine speed increases, so does the velocity of air through the primary venturi. When the vacuum overcomes the pressure of the diaphragm spring, this allows the diaphragm to pull the secondaries open. Because of this vacuum operating procedure, vacuum-secondary carburetors do offer more flexibility than a Double Pumper if used in a combination where airflow velocity through the boosters is insufficient to deliver good throttle response. This is because it will only feed the engine as much air and fuel as it can use. Basically, it can self-regulate to meet the needs of the engine, and offer more flexibility on mild engine combinations.

A typical vacuum-secondary carburetor has only one accelerator pump and squirter, which is on the primary side of the carburetor. Conversely, Double Pumpers have an additional accelerator-pump circuit for the secondaries that delivers an additional, adequate fuel supply when the throttle slams open (hence Double-Pumper), opening the secondaries. Without this additional fuel enrichment (squirter), a bog would occur when the throttle is opened quickly.

If an engine is to be used in only a performance-oriented application, a mechanical-secondary carburetor has definite performance advantages over a vacuum-secondary carburetor. If we take a properly sized and tuned Double Pumper in a particular application, due to its inherent capability of having quicker-opening secondaries, a Double-Pumper has the potential to generate better throttle response, and in-turn, make more power than a vacuum-secondary carburetor—even if they are of the same cfm rating. This is because, until the vacuum-secondary carburetor’s secondaries fully open, there will be a greater pressure drop under the secondary throttle plates. Since there will be less pressure drop noticed below the throttle plates of the Double Pumper, this will result in the engine receiving a denser charge of air and fuel. This coincides with the importance of choosing the properly-sized Double Pumper. For instance, if your manifold vacuum is low, the velocity and signals to and through the venturi and boosters is low. If this occurs, the only thing that will prevent a “stumble” when using a Double Pumper is the pump shot (squirter). The larger the carburetor that is used, results in the larger the amount of airflow needed to start the main metering system. If the Double Pumper is too big, the benefits of the secondary squirter are lost, as the pump shot gets used up before the metering system has a chance to initiate, resulting in hesitation or bog.