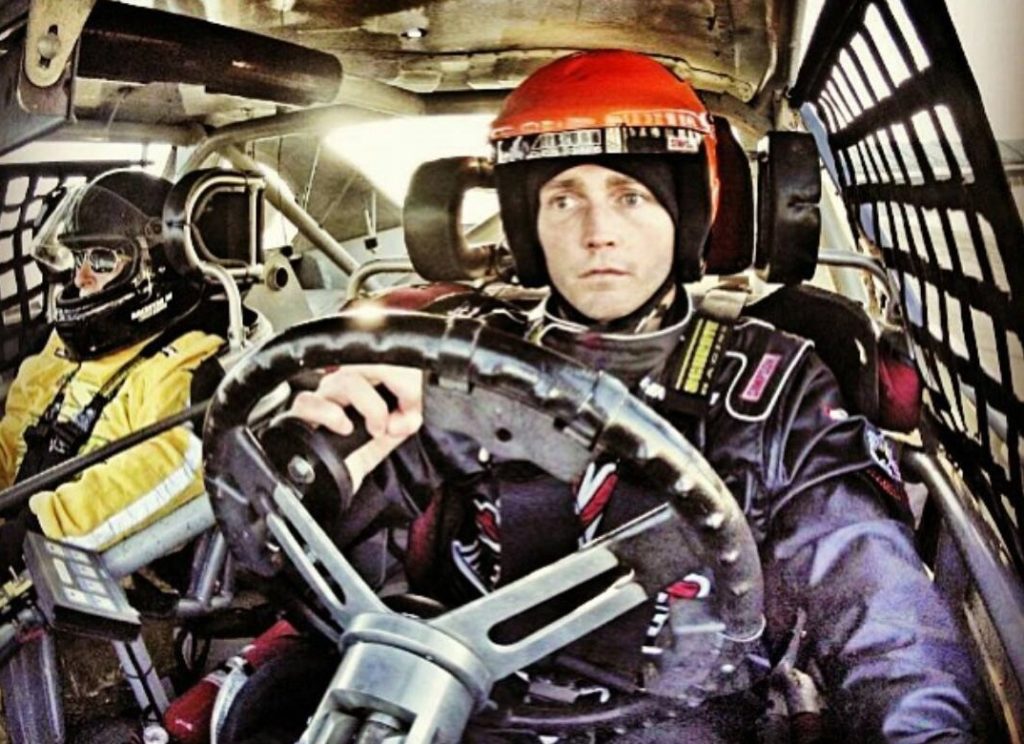 While we at RacingJunk.com have spent time Behind The Wheel with both up-and-coming drivers, and those legends who paved the way in a sport that has overtaken the world, few are as inspiring as Shane Hmiel.

The 36-year-old North Carolina native fell in love with the sport of auto racing at the age of 12. During his first three years competing at go-kart at tracks across the state, Hmiel picked up over 160 race wins in only three years. Although it was another three years before Hmiel decided that racing would be his career focus, it wasn’t long before he moved from late model racing to his first start in the then NASCAR Busch Series.

“My dad was spending so much time on the road, working with various NASCAR teams, when I was growing up. I knew that if I wanted to spend time with him I had to work hard to race my way into the NASCAR world,” said Hmiel.

By the age of 22, Hmiel saw his vision come to life as he began his rookie season in the Busch Series. Driving the No. 47 for Innovative Motorsports, Hmiel initially planned to run a part-time schedule due to a lack of sponsorship. After his season opened with a top-5 finish at Daytona International, Hmiel was given the opportunity to run a full season in this series. After following his first start with two top-5 and eight top-10 finishes, Hmiel found himself third in the Rookie of the Year standings.

As his NASCAR career continued, Hmiel would prove that he was a driver to watch, after finishing eighth in the point standings in only his second season in the now NASCAR Nationwide Series. Hmiel would even be given the opportunity to step into the famous No. 43 to attempt to qualify for the Pepsi 400 Winston Cup Series race.

Despite not making this race in 2003, Hmiel would continue to be a force to be reckoned with in the Nationwide Series before failing a drug test following the Funai 250 at Richmond International Speedway. At the time, he was the highest-profile driver to fail such a test, which ultimately resulted in the loss of his ride.

“My dad has always said that it pays to really pay attention. Whether it be in business or when driving the car, he said that I could always prevail if I paid attention,” said Hmiel. “This was something that I really struggled with, unless I was using drugs like marijuana.”

After completing NASCAR’s Road to Recovery program, Hmiel made his first start in the Craftsman Truck Series, where he pulled off his first victory at the Las Vegas 350. 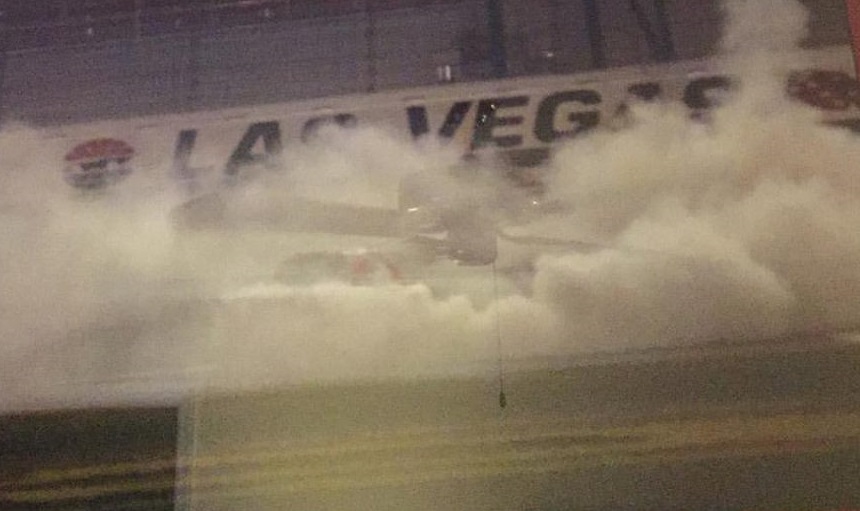 “This was a great feeling, especially since this series was so challenging in 2004,” said Hmiel.

While Hmiel would ultimately return to the Busch Series, he also had a second chance at the Cup Series for Bill Davis Racing in 2004. By 2005, Hmiel saw his dream come true as he worked directly for the man he long looked up to – his father, Steve Hmiel.

While all the stars seemed to be lining up for the NASCAR young gun, there was still something a bit off about Hmiel, something that would soon be discovered by both race officials as well as Hmiel’s fans.

During Busch Series qualifying, at Charlotte Motor Speedway, in May of 2005 officials claimed that Hmiel was making ‘erratic moves’ on track. After this race, officials asked Hmiel to submit to another drug test, which came back positive for both marijuana and cocaine. Hmiel was left without a job after being banned from NASCAR.

Although his life and career seemed to spiral out of control for the next few years, Hmiel would redeem himself after a long stint in a drug rehab center in 2007. During his stay at the Talbot Recover Center in Atlanta, GA, Hmiel finally received the diagnosis that would save both his life and his career.

A complete 360 change occurred for Hmiel after receiving this diagnosis and becoming sober. In fact, Hmiel would hang up his asphalt racing helmet to try his hand at open wheel dirt racing.

“This form of racing always interested me because it is not only exciting, but challenging,” said Hmiel.

After picking up a win in his first year of United States Auto Club (USAC) Sprint Car Series competition, as well as a Rookie of the Year recognition at the 2009 Chili Bowl Midget Nationals, it seemed Hmiel was reborn into the sport that he loved.

Hmiel’s second year in open wheel racing even lead to his breaking the world speed record for a non-winged Sprint Car at Iowa Speedway, where he won the pole with an average speed of 146.444 miles per hour. Despite his rebirth, Hmiel would have a major mountain to climb following a life-altering accident at Terre Haute Action Track in October of 2010.

“I lost control in turns three and four and rolled the car,” said Hmiel. “After the car hit the wall the roll cage crushed down on my neck.”

Although he almost died several times following this accident, Hmiel fought back and not only survived, but wouldn’t let a new paralysis diagnosis stop him from living life.

Today, Hmiel doesn’t quite spend the time that he did behind the wheel, but is using his new life to inspire others. Through his non-profit organization Shane’s Spark, Hmiel is now helping injured people find a positive way to live life. This includes speaking with people injured in the military, showing them that they can do things like get behind the wheel of a race car.

Hmiel is even helping injured athletes like motocross driver Eric Saunders, who was paralyzed following a motocross accident in 2010. Despite becoming paralyzed from the chest down, Saunders would ultimately have the opportunity to drive an open wheel dirt car for Hmiel.

“I was lucky to survive this accident and I won’t let paralysis stop me from living,” said Hmiel. “I feel blessed to have the opportunity to share this message with others.”

Along with changing the lives of others, Hmiel also spends many of his days inside his family’s 5ive-6ix Motor, Inc. shop, where he assists in the building of unique race vehicles, like a crossbred motorcycle/four-wheel dragster, that will help other drivers be competitive.

“I love my new life and can’t wait to see what God holds for my future,” said Hmiel. “I know that I made a lot of mistakes in my past, but I just keep looking forward and hope that others can learn from my experiences.”

As Hmiel continues his road to recovery, RacingJunk.com is behind this inspiring man; we look forward to seeing the positive impact that he will continue to make on the world.