After a rather disappointing postponement of activities last weekend, Historic Bowman Gray Stadium, better known as The Madhouse, will kick off its 67th season of racing this Saturday night in Winston-Salem, North Carolina.  While the weather may have won the battle last Saturday, both fans and drivers won’t let anything stop them from waking up to the sound of rumbling engines after a long winter’s nap this Saturday.

The longest race of the season, the Hayes Jewelers 200 – featuring the Madhouse Modifieds, will be the featured event this weekend and it is sure to be one that will keep fans on their feet.  While Jason Myers, a well-known name at the famed ¼-mile, picked up the pole  by 1/1000th of a second over Tim Brown, another seasoned veteran is not letting this stop him from going for his first win of the season. 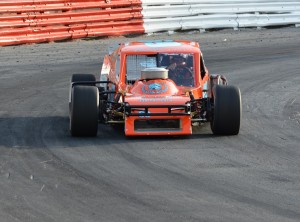 Junior Miller, who qualified just outside of the top-10 during last Friday night’s qualifying session, will have to prove that both speed and the right moves will be all it takes to pick up the checkered flag this weekend.

“We have had some bad luck over the last couple of seasons and while some say that I need to call it quits, I say that I just needed was new wheels,” said Miller.  “Fortunately, my team and I have worked really hard on getting my brand new modified ride ready for action during the off
season and we are ready to prove that this legend still has what it takes to win.” 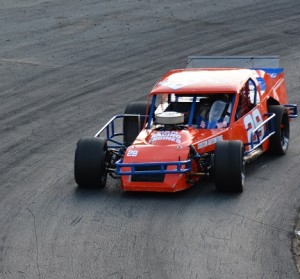 Miller won’t be the only modified driver competing in a new ride this season.  Austin Pack, the son of famed NASCAR Whelen Southern Modified driver Brian Pack, is jumping out of the driver’s seat in his father’s past modified and climbing Behind The Wheel of another legendary ride.  After the No. 28 modified, owned by a very familiar name in the world of auto racing – Bob Nelson, was vacated at the end of last season Nelson could think of no other driver more qualified to fill this seat than Pack.

“Bob’s modified has been running at the stadium for years now and last year about half way through the season he came to me and asked if I wanted to drive the car in 2015 and I just couldn’t turn down the opportunity,” said Pack.  With other historic drivers like Earl Baker, Mike Adams and Zach Brewer formerly behind the wheel of this machine, it was an honor to be the next driver selected.

While Pack feels that his new wheels will be just what he needs to end his streak of bad luck at the stadium last season, there will be other competitors who are looking forward to competing in the rides that brought them luck in seasons past. 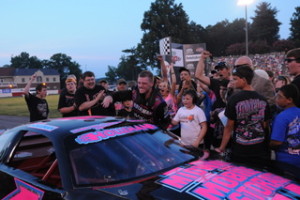 Sportsman driver, John Holleman IV, who is also competing for the Rookie of the Year title in the NASCAR K&N Pro Series East, will return to his home track and 2014 season ride with the hopes of following up on his former success.

“I really enjoy the competition at Bowman Gray Stadium,” said Holleman.  The staff at this track make it fun to come back and compete with the best short track drivers around.  Not to mention that it is just an all around fun place to race and a great track to hone my skills as a driver.”

Holleman is off to a good start after qualifying third in time trials for Saturday night’s 40-lap series season opener.

Of course it is still up to the luck of the draw to determine where the field will line up for the Sportsman Series feature and if Holleman is going to prove that he has what it takes to pull off a win against drivers like top Sportsman Series qualifier Derek Stoltz he is going to have his work cut out for him. 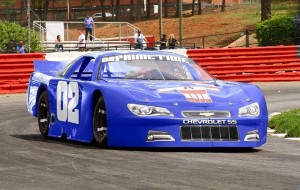 “My team and I pretty much built a brand new car during the off-season and we struggled a bit during practice and even qualifying last Friday,” said Stoltz.  “Fortunately, when it came down to the money lap things lined up and we ended up the fastest qualifier.”

Stoltz, nicknamed Primetime, became a nationally known name after he and fellow competitor Mike Robertson had an on track brawl during the 2013 season that is still talked about today.

While he may be known as a somewhat intimidating driver due to his Dale Earnhardt type driving style on the track, Stoltz has continued to prove that his is the car to beat in this series and is hoping that this will be proven with a championship in 2015.

“Although wins don’t always lead to championships at this track, I am hoping to prove this theory wrong this season.” 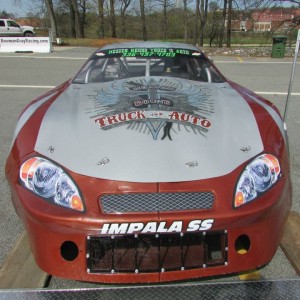 While many seasoned veterans will be returning to their home track this season there are those who will compete at The Madhouse for the first time in 2015.

Steve Idol, who practically grew up at Bowman Gray Stadium, will have his opportunity to compete in the Street Stock Series at ‘the bullring’ this season.

“I have been involved at the stadium for the last few years, including selling cotton candy when I was in high school and even sponsoring fellow Street Stock competitor David Sumner last season,” said Idol.  “When I finally got an opportunity to give this driving thing a whirl myself I couldn’t pass up the chance.”

While Idol will compete in one of the most famous of Street Stock cars in 2015, formerly competed in by John McNeil, he is still hoping to learn from veteran drivers like Sumner, Doug Wall and his son Brian Wall and even from drivers who picked up a thing or two from their family’s history behind the wheel like Darren Cotner. 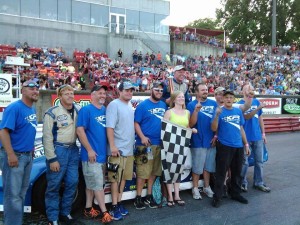 Cotner, who will have to sit out on the first couple of races this season, is looking forward to also returning to his winning ways in his No. 9 Street Stock machine in 2015.  “I am coming back this year to grab the checkered flag,” said Cotner.  Carrying that flag around Bowman Gray Stadium is an extreme high and I don’t think that I could ever get tired of doing that.”

Saturday night’s racing action will wrap up with what some consider bare bones, hard knuckle racing with the Stadium Stock Series.  One competitor who is hoping that his fans will once again cheer for an
underdog is Chris Allison who does everything that he can to put his old-style Pinto racing machine into
victory lane.

“I am looking forward to hearing the fans cheer for me at this track again this season,” said Allison.  “In fact, that is one of my favorite reasons for racing at the 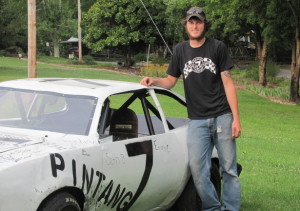 stadium.  Everyone likes an underdog after all.”

Stay with RacingJunk.com as we bring you all the action from Saturday night’s season opener at The Madhouse.  For more information about Bowman Gray Stadium visit bowmangrayracing.com.