The National Motor Vehicle Company was created in 1900. According to the Standard Catalog of American Cars 1805-1942, “The firm was founded by L.S. Dow and Phillip Goetz, formerly of the Waverly Branch of the American Bicycle Co., who had built their first experimental electric car in 1900.”

National built cars in Indianapolis from 1900 to 1924. A.C. Newby was one of the four founders of the Indianapolis Motor Speedway, so it was natural for Nationals to compete there. A National racing car took the checkered flag in the 500-mile race in 1912. That car averaged 78.2 miles per hour. It had a 490-cid engine, which was the largest power plant to win the Indy 500. 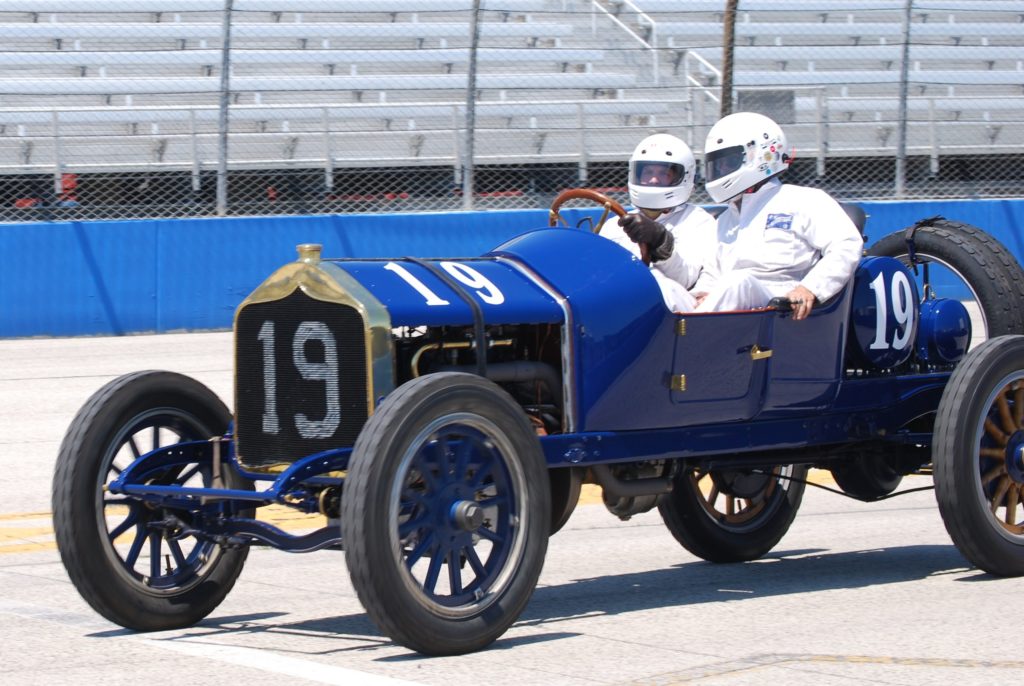 National No. 19 has a 450-cid T-Head engine that produces about 50 hp. It features a three-speed non-synchromesh transmission with a leather faced cone clutch. This car is owned by Charles D. Test of Minneapolis, the great-great-grandson of Charles E. Test. It is an accurate example of an early “stock car.” Such machines were stripped down production models. National had one clear advantage when building racing cars—it could test them right at the Speedway. No wonder they won there.

The National “Speedway Roadsters” were limited editi0n models made to celebrate the company’s recent success at Indy and elsewhere. As much as possible, they were replicas of the Team cars built for actual racing. They had 450-cid T-head engines that produced 50 hp. They were the cars to beat. 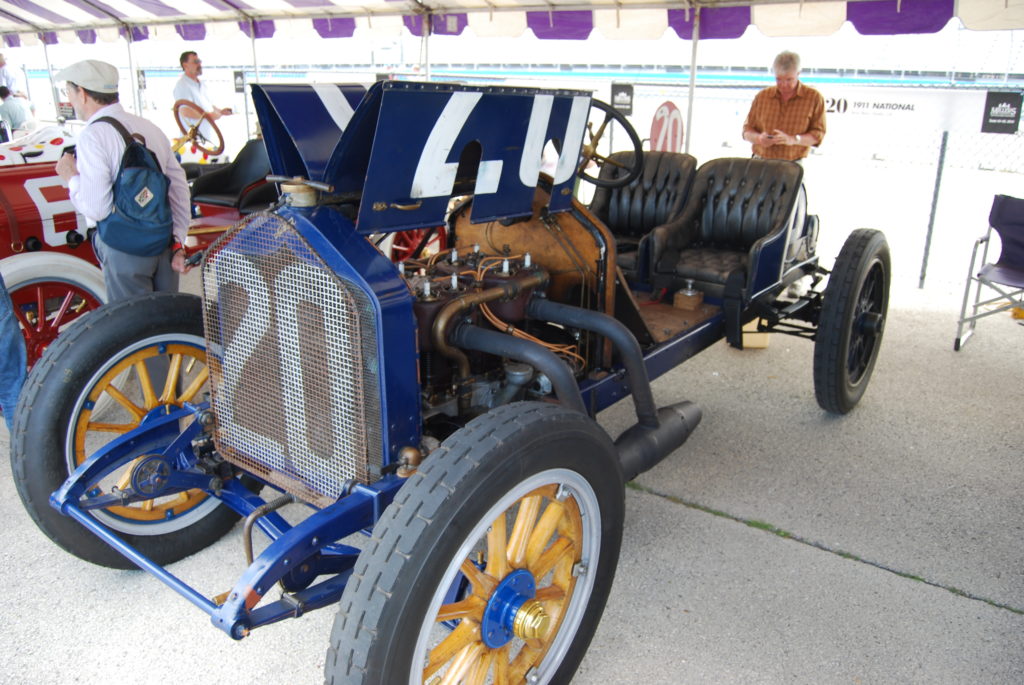 National No. 20 belongs to Brian Blain of Visalia, Calif. It is one of three team cars raced by National in the 1911 Indy 500. It was driven by Charlie Merz and finished seventh. This car started as a stock car, but was modified with a shortened frame, higher gearing and a “souped up” 460-cid T-head four-cylinder engine that made about 100 hp.

Later on, this car was converted into the “Cody Special,” which was shortened up even more and fitted with narrow bodywork. In this format, it competed in the 1916 Santa Monica Road Racers with movie stuntman Bill Cody driving. This National also raced in the 1911 Pan-Pacific Race in Oakland, Calif., the 1911 Elgin Road Race in Elgin, Ill. and the 1911 Pablo Beach Race in Florida, as well as at the Los Angeles Motordrome, also in 1911.

The car’s professional racing career ended in 1918, when it was driven by a “Speederette” in the first professional racing series for women. In the early ‘50s, the car was discovered in Northern California. It made its way back to Indiana and was restored with a touring car body. Only a few people knew about its racing heritage. In 2011, it was restored to its original racing car configuration to take part in the Indy 500 Centennial.

The car has been restored to the condition it was in after finishing the first Indy 500. Much of the car remains in original, unrestored condition. It is still raced regularly at nationwide events and will always show some of the wear, tear and scars it picked up on the racetrack.