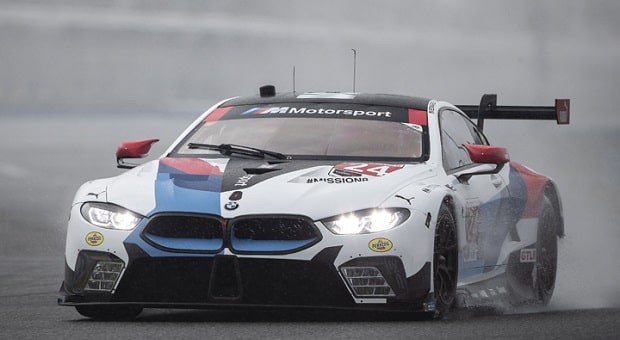 The upcoming Rolex 24 at Daytona will be an extraordinary race.

The Rolex 24 had its own 50th anniversary in 2012, and the overall race was won by sports car stalwart Michael Shank Racing, his first victory in this very difficult and challenging race. There are only two drivers who have earned overall wins five times at Daytona: Hurley Haywood and Scott Pruett, both of whom are retired from competition.

While the 24 Hours of Le Mans takes place nearly six months from the Rolex 24, that contest is run primarily in daylight while this upcoming race takes place primarily at night. While rare, the race has been halted for extreme rain and fog over the years. Taking place on Daytona International Speedway’s 3.56-mile road course and oval, the challenge to get a car set up properly for both can be confounding for engineers, who have to stay atop the conditions throughout this very long day.

It’s always a big ask for both engineers and drivers to overcome whatever Daytona throws their way; for one driver this year, the objective of racing to win should be even more challenging than it will be for others.

Alessandro Zanardi, winner of two CART championships in the late 1990s, is racing a Rahal Lanigan Lanigan (RLL) BMW M8 GTE in the GTLM class that harbors cars also competing at Le Mans. Zanardi, the master of donuts after each of his CART race wins, lost both of his legs in a 2001 accident at the Lausitzring oval in Germany.

That loss has refueled his competitive nature and, with racing chairs of his own design and prosthetics the Italian has helped design as well, Zanardi has succeeded in races during international Paralympic contests. He’s got plenty of gold medals to add to his CART race trophies.

New challenges never stop Zanardi, now 52, who climbed the start/finish tower to wave off the 2002 Indy Toronto race about nine months after his near-fatal injuries. To prepare for the Rolex 24 at Daytona, Zanardi has, together with BMW M Motorsport, developed driver controls for his BMW that permit him to both accelerate and brake the car with his hands.

“When we started to think about what I would need to drive the car longer distance in an endurance race,” Zanardi said, “the idea was to forget the legs and do everything with my hands.” The Italian uses a ring on the steering wheel to accelerate and a brake lever, mounted on the transmission tunnel, to stop the BMW. 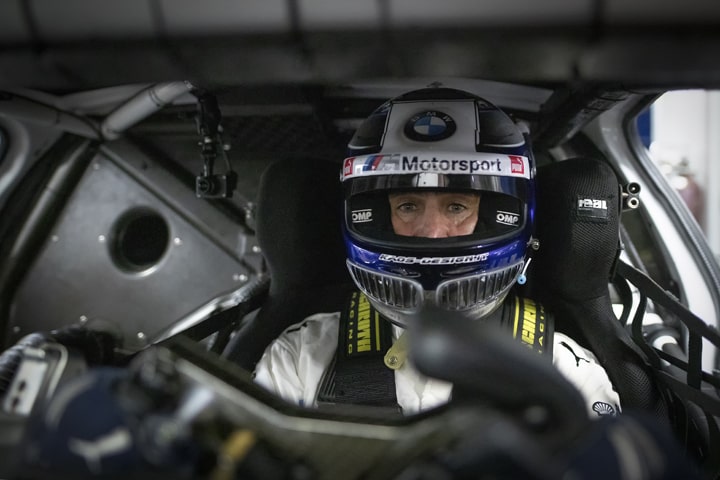 He tried out the system initially at a DTM race on the Misano, Italy road course in August, finishing fifth in the Sunday race. From there, Zanardi and BMW’s M Motorsport engineers began to optimize the system for January’s race. At Misano, Zanardi found his right hand was way too busy, working the brake, turning the wheel and using the steering-wheel-mounted acceleration ring, as well as communicating with the pits. There had to be some adjustments.

Since the BMW M8 GTE uses sequential shifting, that was one item this team didn’t need to adjust but, Zanardi said, “The experience from Misano helped us to implement some different solutions, lay out of some functions, in buttons and triggers and switches, in a different way.” This was accomplished without diminishing controls for the other drivers with whom he’ll share the No. 24 BMW.

During a recent test session held in both daytime and night hours (and in typical changing conditions), Zanardi had the opportunity to test all the amendments to his BMW M8 GTE and pronounced himself ready to tackle this big race. Or as ready as anyone could be. “Although it may not look that difficult, it is in reality,” Zanardi said after making his first laps. “It was a very positive day for me, the team and BMW M Motorsport.”

The Rolex 24 at Daytona is scheduled for Saturday-Sunday, January 26-27, 2019. There is another open test, scheduled the first week of January, the “Roar before the 24” and Zanardi, together with teammates John Edwards, Jesse Krohn and Chaz Mostert, will continue preparations.