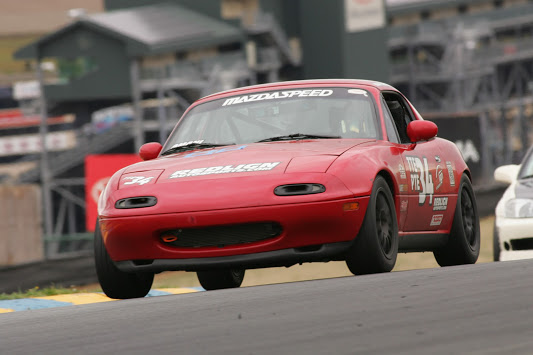 Two cars which can always be found at any track day are Mazda Miata and the BMW E30. When it comes to budget racing, there are few machines that will compare to these for the dollar. Of course, we’re neglecting go-karts here, but in the United States, it’s arguable that investing in a fendered car like these could potentially take one further along.

Many see fendered cars as the logical first step, largely because Formula cars don’t accommodate heavier or taller drivers well, and the parts for them aren’t as easy to come by. Certain racing cars based off of road-going vehicles can be had for next to nothing, and they’re not much of a departure, visually speaking, from road cars. Perhaps this makes them a little more approachable on a subconscious level – where the Formula cars look like certain death, the lowered road car looks like a thrilling Sunday afternoon.

Some of this has to do with the infrastructure supporting these two cars. With plenty of parts available at a reasonable cost, building a competent racing car out of either works well. They’re available as turnkey racers in fair condition for anywhere from $7,000-15,000, but expect to spend slightly more on the BMW’s parts. As if it’s some form of cosmic balancing, bodywork in Spec Miata seems to take more of a beating due to a flimsier construction and an aggressive driving style prevalent in the category, and as a result it’s referred to as “Spec Pinata!” 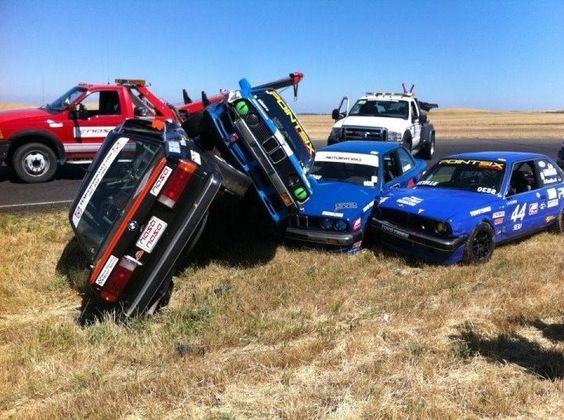 Both of these are very light as far as these these kinds of cars go, and therefore, their cost of consumables is quite low. Racing is never going to be an inexpensive sport, but when a set of tires can last several race weekends and fuel consumption isn’t terrible, that rainy day fund goes a little bit further. Both of these machines can run on pump fuel and produce smiles all day long.

Fuel consumption comes as a result of low weight and a lack of power – these cars were never designed to be muscle-bound dragsters anyways. Some might find this latter trait to be a disadvantage, but for an entry-level racer, it couldn’t be further from the truth. Building a punchy powerplant for one’s first track car can instill bad habits. Gutless engines force drivers to learn the hallmarks of racing – smoothness, precision, and consistency. Without power to disguise errors, every mistake means a significant, noticeable loss of momentum that cannot be recovered from easily. Cars like these are often referred to as “momentum cars,” because to win, one must learn how to conserve every iota of speed for as long as possible. 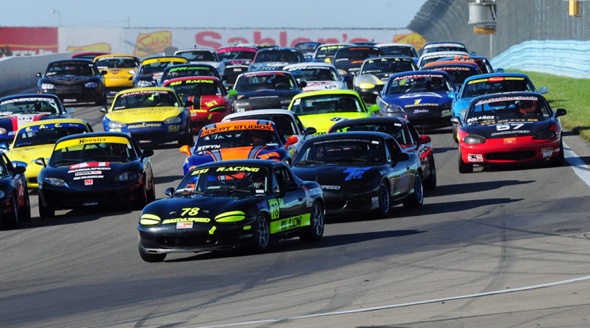 The Miata itself is a much smaller car with shorter overhangs, and as a result, corners better than the E30. With an optimal weight distribution, its turn-in speed on a set of sticky tires is astonishing. Braking performance is good, but not fantastic – but with little weight, the car doesn’t need to be slowed much for the next corner. Again, the car is not one that boasts big numbers in either the propulsion or the deceleration department, but its very comfortable while cornering.

The E30, by comparison, is a heavier car and a marginally less incisive. Its weight distribution is not as good, its center of gravity is higher, and its plagued by a strange rear suspension design that toes in under compression, making it a challenging machine to drive. It will sharpen one’s reflexes, however, since a sliding tail is simply part of driving one of these cars fast, and is something to be embraced. Additionally, the six-cylinder engine boast usable torque, unlike the Miata. This makes slipstreaming quite exciting, and will encourage brave driving at the end of straights and into the braking zones. 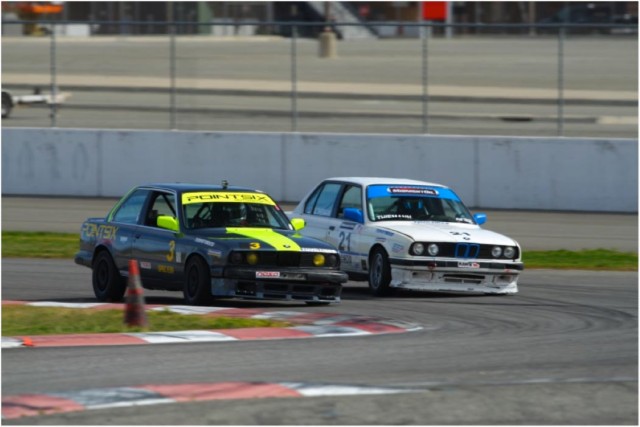 Ultimately, it depends on how far one wants to go. To reach the nationals, some serious investment is necessary, which shouldn’t be surprising. At that level, cleverly-hidden upgrades and serious tuning take some of the come-as-you-are vibe away from the sport, but at the lower levels of these two categories, performance is due almost entirely to the driver. Learning how to release the brake, carry more entry speed, or better maintain one’s tires are the primary factors which determine success, and one need not worry about a well-heeled opponent buying an unfair advantage at the lower levels of the two categories.

However, as is always true with racing, money does come into play, though it’s relatively inexpensive. To learn the essentials of motorsport, get on track, and trade paint with a rival can be had for less than ten thousand dollars, and if one is handy with a wrench, running costs aren’t exorbitant. It’s not chump change, but if one lacks the fortune needed to get into a prototype or a stock car, these two platforms offer 60% of the thrill for fraction of the price. 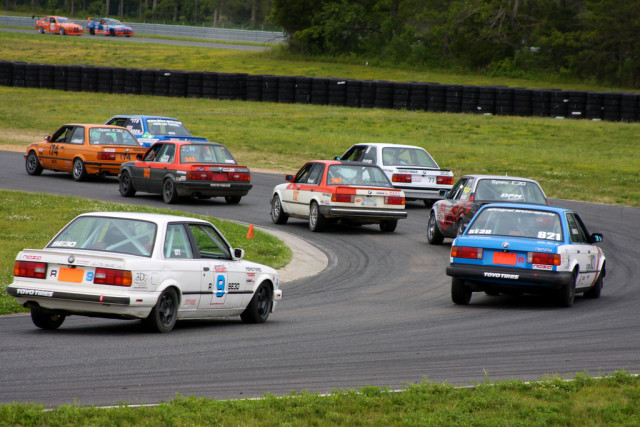