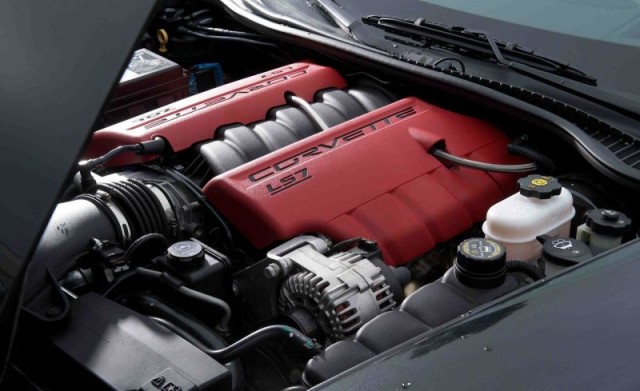 There are plenty of reasons why the drifters, road racers, and dragsters alike have taken a liking to the Chevrolet LS. It is a bargain beater if one can drum up a few thousand dollars, and with so many varieties of the engine itself and aftermarket parts hugely abundant, it’s not any sort of exotic flagship powerplant. In fact, it’s relatively simple in its construction, but its design, proportions, and potential make it a valid swap for just about anyone with a drop of motor oil in their veins.
The reason the LS engine is so appealing is for quite a few reasons, both general and specific. Generally speaking, the LS is exceptionally light for such a potent powerplant. Furthermore, it’s small enough to be shoehorned into the engine bay of a Miata, and it offers a wide powerband with the stock intake system. Essentially, it’s an attainable, usable motor that that does not require much in the way of modification. 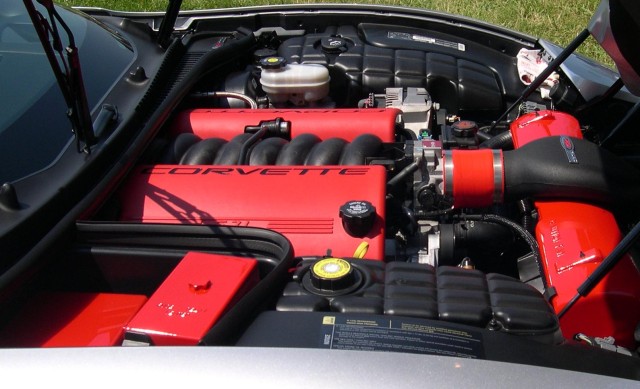 Specifically, the engine gets far more interesting. First and foremost, the LS has been designed to flow an exceptional amount of air for such a road-going motor, let alone a readily-available motor. The LS7’s heads come CNC-ported and can push 360 cfm on the intake port – which isn’t far off the NASCAR heads of a few years ago. It also benefits from a one-piece modern gasket design, with o-ring style gaskets that rarely leak oil. This means a reliable, powerful motor that responds well to modifications.
It’s also a rigid engine with six-bolt mains and a Y-block design. The LS also can accommodate a much larger cam since the cam core is 55 millimeters, which allows for more camshaft acceleration while also being much gentler on the lobe. This hodgepodge of attributes show how well conceived the design of the motor is, and its subsequent revisions have only made it a more comprehensively sturdy design.
That sturdiness comes across more in certain versions, since there are different constructions available within the LS family. The more potent LS engines use an aluminum block, which helps keep the weight relatively low. With an automatic transmission, a fully-dressed LS1 weighs in at 450 pounds, and the manual-transmissioned car adds another 50 pounds to the tally. Additionally, this composition helps disperse heat slightly faster than its iron-cast sibling can.

The iron variants, many of which came in Suburbans and other vehicles not known for their performance, can be found cheaply and easily at any junkyard. While these motors are roughly 100 pounds heavier, they are also a bit more robust, and for big-boost builds, they’re a good way to go. For the reason these engines are so accessible, there’s been a modern trend of building 800-horsepower, turbocharged iron-blocks for only a few thousand dollars.
Finally, there aren’t many downsides to the LS’ construction. There is one way in which these engines are often damaged during builds, however. Whenever a stroker kit is added, the architecture does not support the extended crank stroke pulls the pistons out of the bottom of the bore, so that skirts rocks underneath. The pistons get destroyed after a while unless a tall deck block. Thankfully, Chevy realized this with the 7.0-liter LS7 extended the sleeves past the bottom of the block to accommodate.

Other than that, the LS motors are relatively problem-free. Oil starvation issues can happen, so for a road-race build, a dry sump setup is strongly advised. Thankfully, aftermarket parts are plentiful, motors can be rebuilt for not too much, and the driver usually takes a while before they’re cornering quickly enough to deprive the motor of lubrication. But that’s only one area in which the motor excels. Whether its considerable torque that allows for tire shredding during the drift run, or powering down the quarter mile, the success of the LS motors in packaging, performance, and reliability make it an ideal powerplant for any automotive junkie who care to see how many ponies they can harness for a few dollars.

2 Comments on Why the LS is the Ultimate Swap