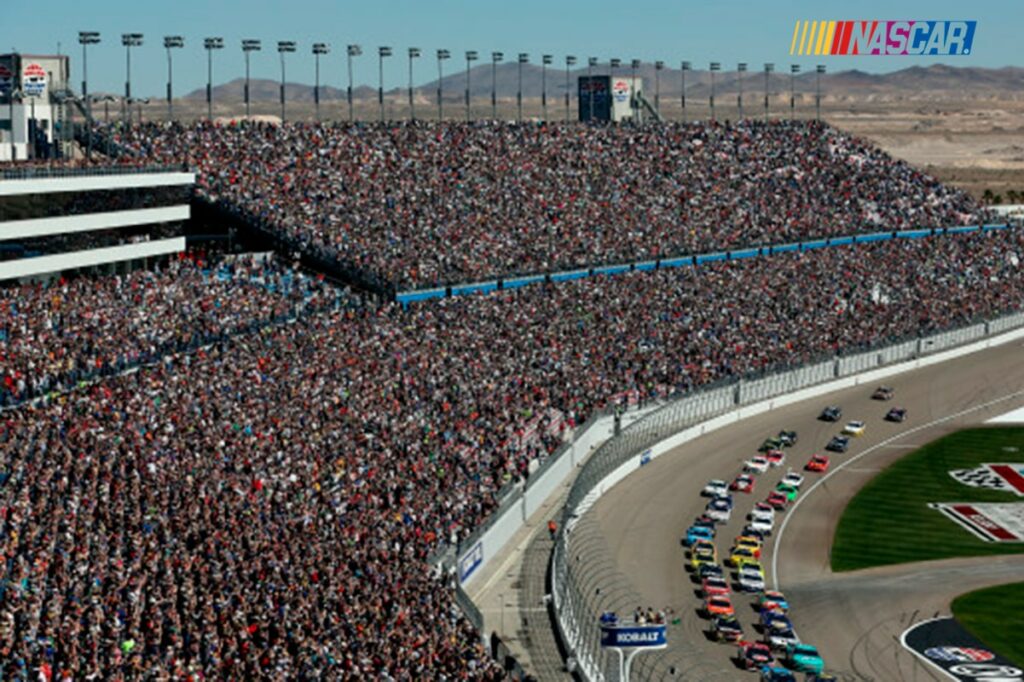 NASCAR seems to have been losing fans at an alarming rate for the last few years. Online “experts” in NASCAR-related forums and groups posit various theorems as to why this is. These ideas run the gamut from allowing too many young drivers into the sport to rules changes. However, one of the main complaints is that the cars no longer look stock. 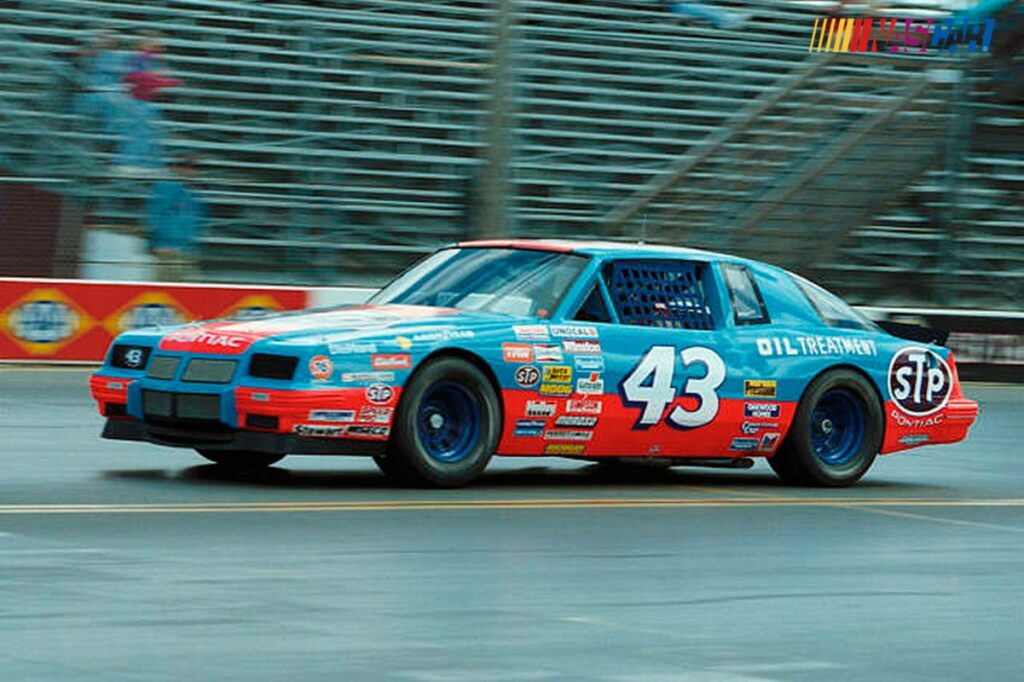 NASCAR. National Association of Stock Car Auto Racing. Once upon a time what this boiled down to was, “Win on Sunday, Sell on Monday.” The cars you saw on track on Sunday were the same as you’d see on the showroom floor on Monday, other than some minimal safety modifications. 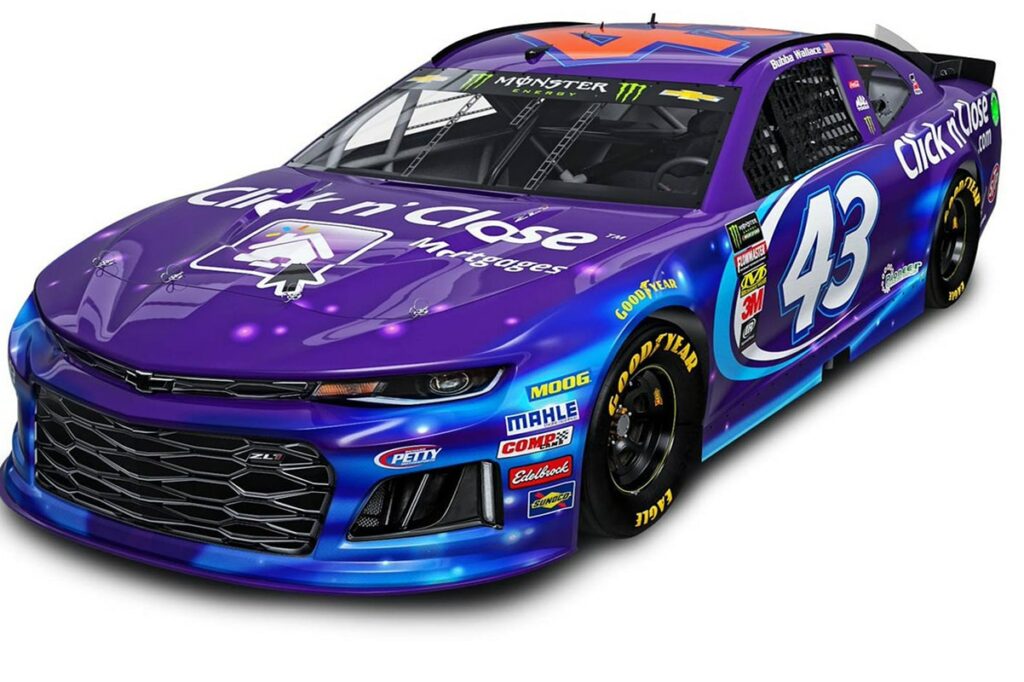 Back then, NASCAR’s rule was that if it was to run in the series, it had to be a trim/options package that the manufacturer made at least a certain number of for sale. This number ranged from 500 to 2500 over the years. These days the cars all look the same. The only differences between the cars that are readily noticeable are the names on the rear bumpers and the names on the grilles. Other than that, you really can’t tell the difference between Kyle Busch’s Toyota Supra, Chase Elliot’s Camaro ZL1 and Kevin Harvick’s Ford Mustang except for the decals. They all use the same template during inspections. That alone should tell you something’s wrong. 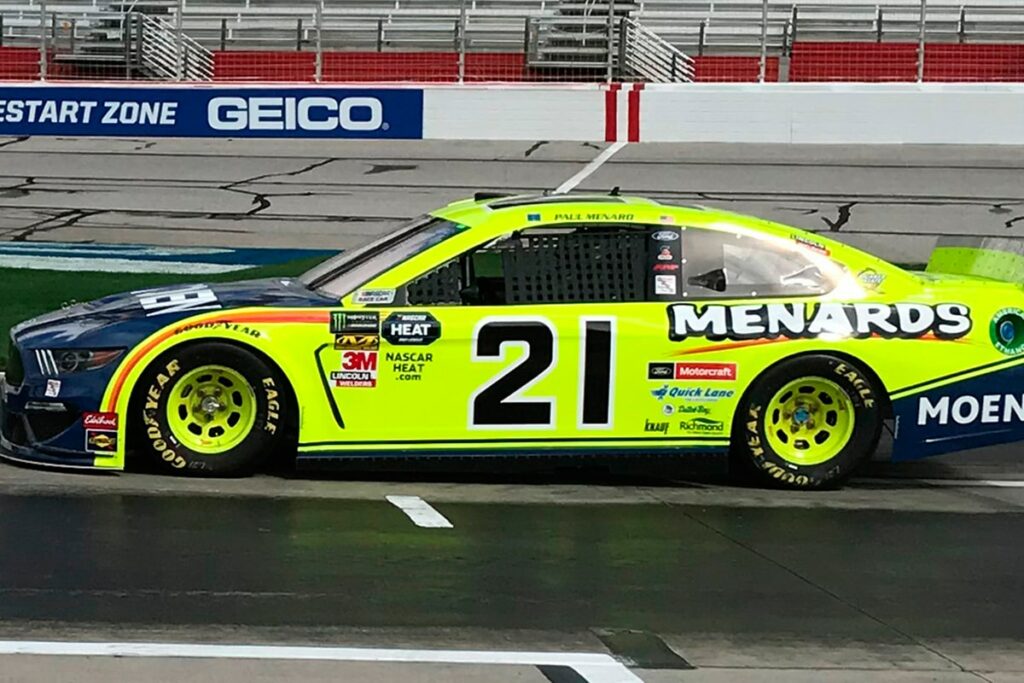 I can’t really say when this change began, but it’s been warming up to where we’re at now for a number of years. Not too long ago, if you saw a driver in a Cup car you knew that that driver had gotten there through experience and skill. Not so these days. These days, money is king. What that means is that a driver’s skill mean less in their getting a ride in a good car from a well-funded team than what sponsors the driver can bring in. That’s why you see so many drivers even from supposedly “good” teams always lurking at the rear of the field, never getting past 25th position unless a big wreck takes out half the pack.

It’s my opinion that this is especially true of drivers like Paul Menard, whose family owns the huge Menard’s Lumber chain. He would never have gotten a driving job 20 years ago. He’s just not talented enough as a driver. I say the same thing about Dale Jr. (and his cousin Jeffrey), even though he was one of my favorite drivers. He didn’t have the driving skill his father had. 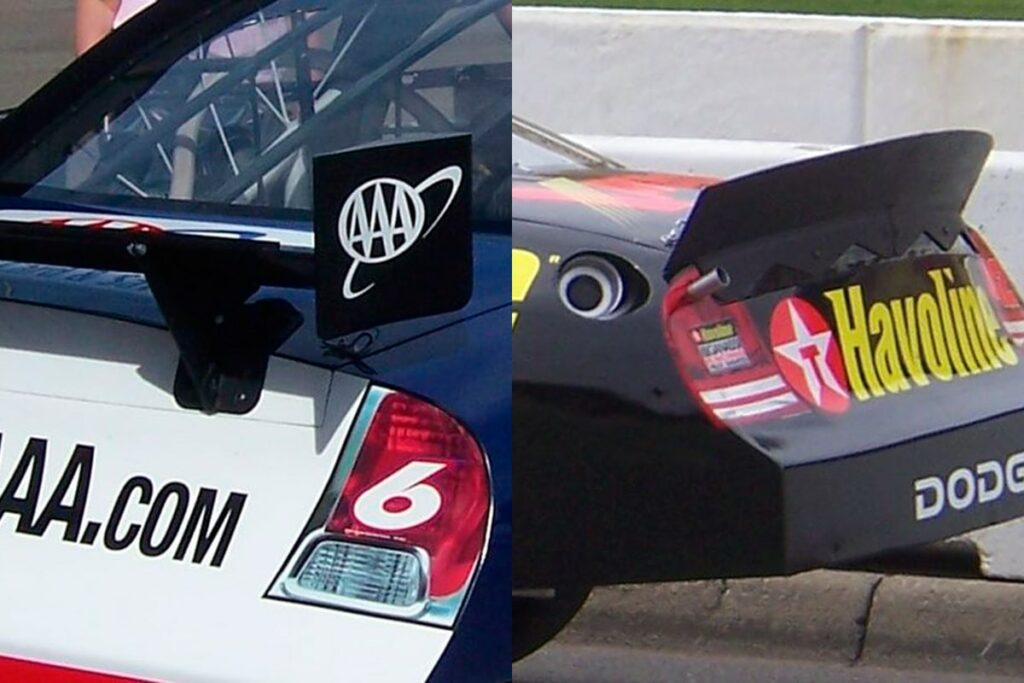 The constant rules changes are another item brought up on a regular basis in NASCAR discussion (ranting) groups. Restrictor plates. Low downforce package. High downforce package. People even moan about displacement and horsepower restrictions, although the drivers of the day were the major driving force behind those rules changes.

So-called “fans” claim that if a driver can’t handle a track like Daytona or Talladega with the full output of a huge engine, they have no place on a NASCAR track. They don’t care that these changes were implemented at the request of drivers because the cars of the day couldn’t handle the speeds those engines were capable of, and a number of top drivers were killed or seriously injured when they were overpowered by their cars. 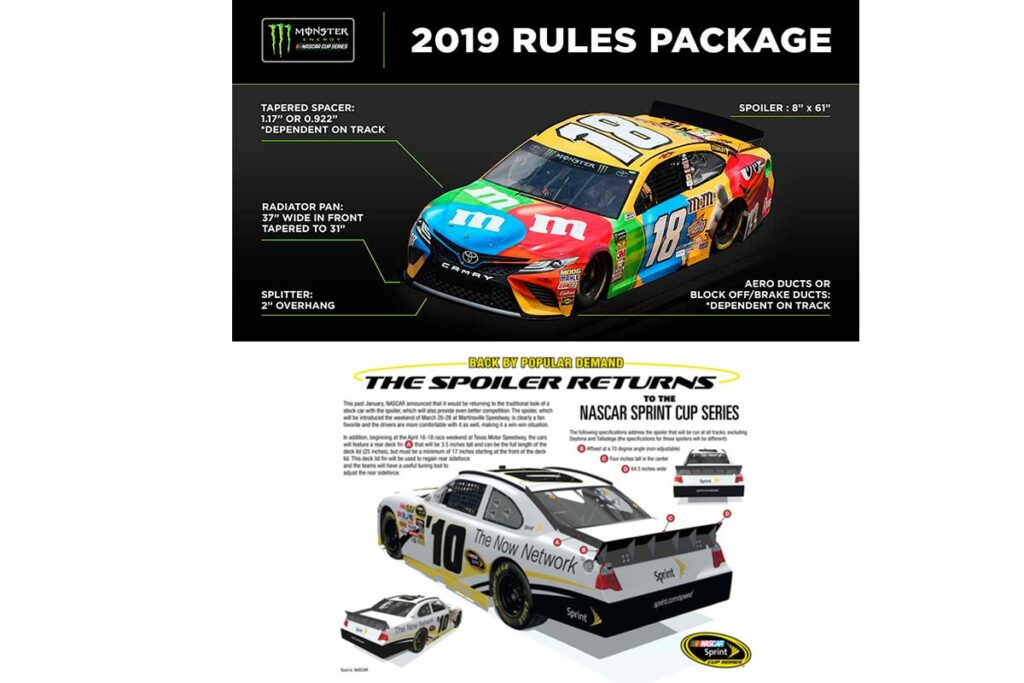 The new downforce packages are also a stickler with some people, even though most current drivers love them since they feel the new package puts more emphasis on their driving skill and less on the car’s setup from the shop. It’s my opinion that the new downforce package has given us much better, more exciting racing with more passing and door-to-door driving.

Another item that I hear/see all the time is people complaining about the “Lucky Dog/Free Pass” when the caution falls. They say “if drivers aren’t good enough to not be lapped, why give them a lap back? Going a lap down is just part of racing.” NASCAR did it to make racing more exciting; get/keep more people on the lead lap and competing harder for the win. 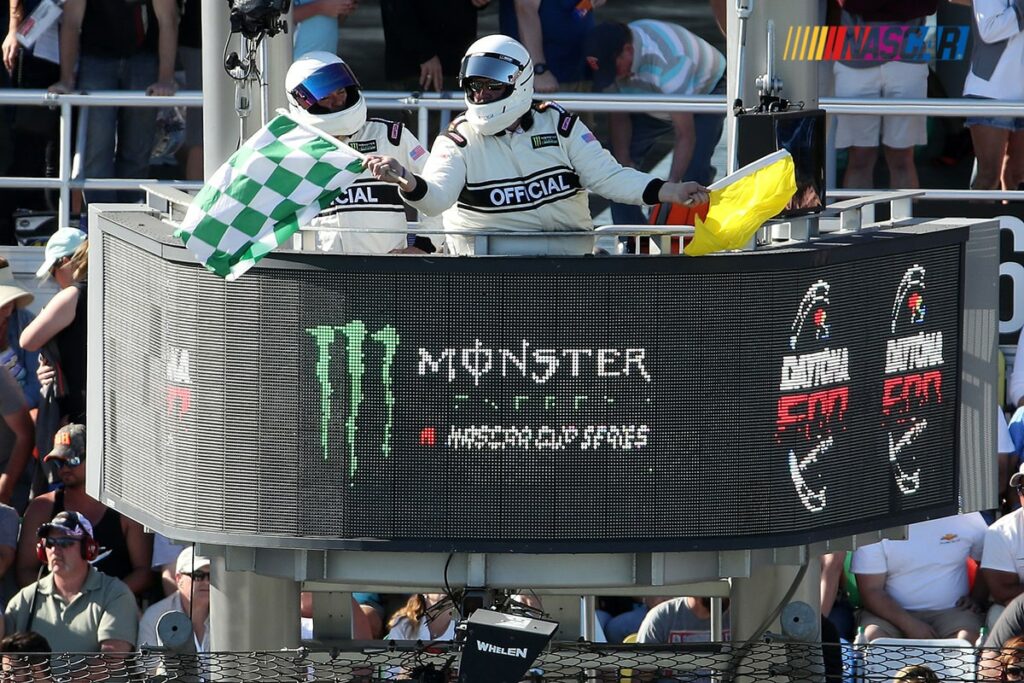 Both of these predictions have come true. Do you pit with two to go in the stage or stay out? When the stages are shorter than tire/fuel runs, do you stay out and try to get stage points in both stages or do you tailor your pit strategy to try and keep you out during the final stage when others are pitting? 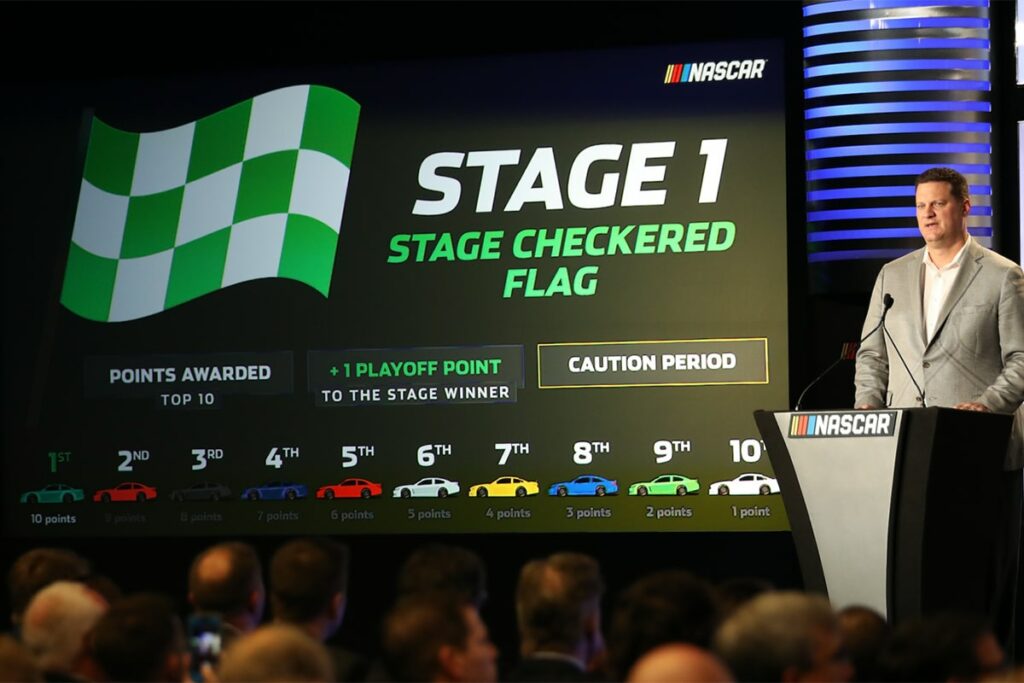 As for the driving harder part, have you not been paying attention lately? Drivers are fighting for position more now. These fights for position aren’t limited to just the top five or ten, either. Everyone wants to get into the Top Ten at stage end so they can get stage points. Personally, I think Stage Racing was probably the best change NASCAR has made in the last 20 years or so. 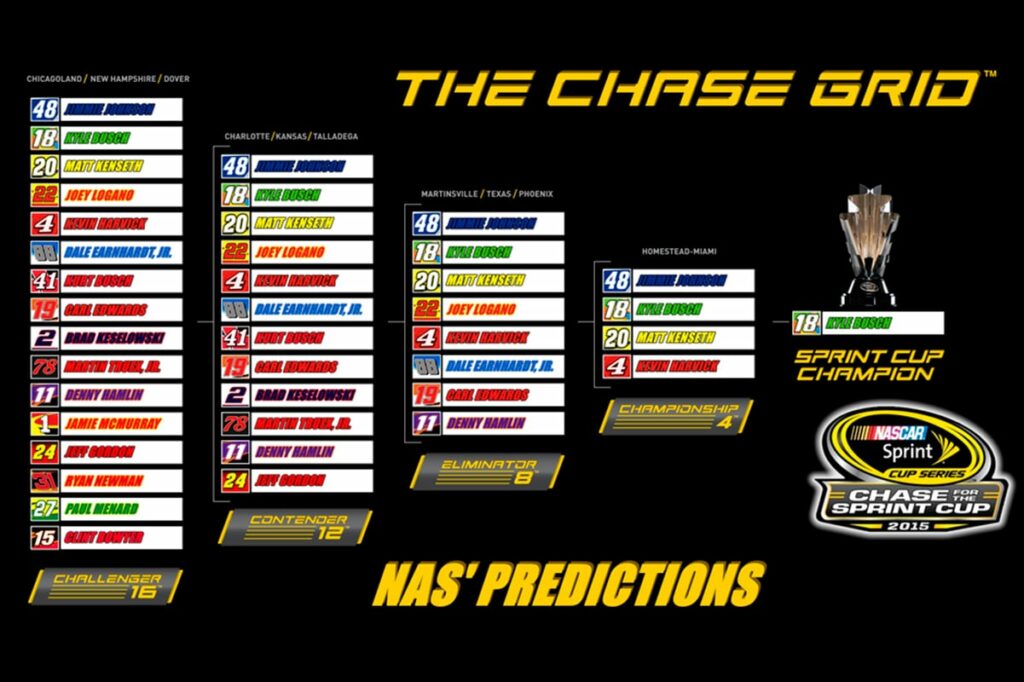 NASCAR’s Chase is relatively new. The system of “Win and you’re in” is also fairly new. “Old school” fans remember when a driver could win the first five races of the season and then go into a slump for half the season, suffering DNFs and bottom 20 finishes and by the end of the season have no chance to gain the points required to win the Championship.

Today, a driver doesn’t even need to win a single race to be eligible to compete for the Championship. They just have to be consistent and be at least 16th in points to have just as much of a chance to become champion as the driver with 11 wins (Kyle Busch a few years ago). Before the new system was implemented, your season was over if you weren’t in the top ten in points when the last five races of the season came around. You just didn’t have a snowball’s chance to gain enough points to reach the top spot and take home the brass ring. It just wasn’t possible. Now it is.

RacingJunk would like to know what you think. Drop us a comment and I’ll be sure to reply as quickly as possible.