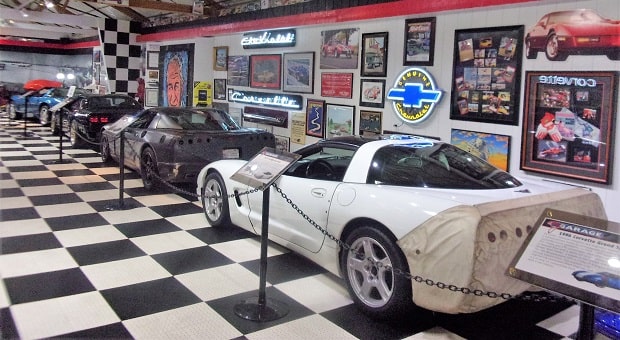 The MY Garage Museum is located on the corporate campus of Mid America Motorworks, a leading supplier of Corvette parts and accessories. Mike Yager started the company in 1974. The Yager Family Collection of rare Corvettes, Volkswagens and memorabilia is showcased in the museum. 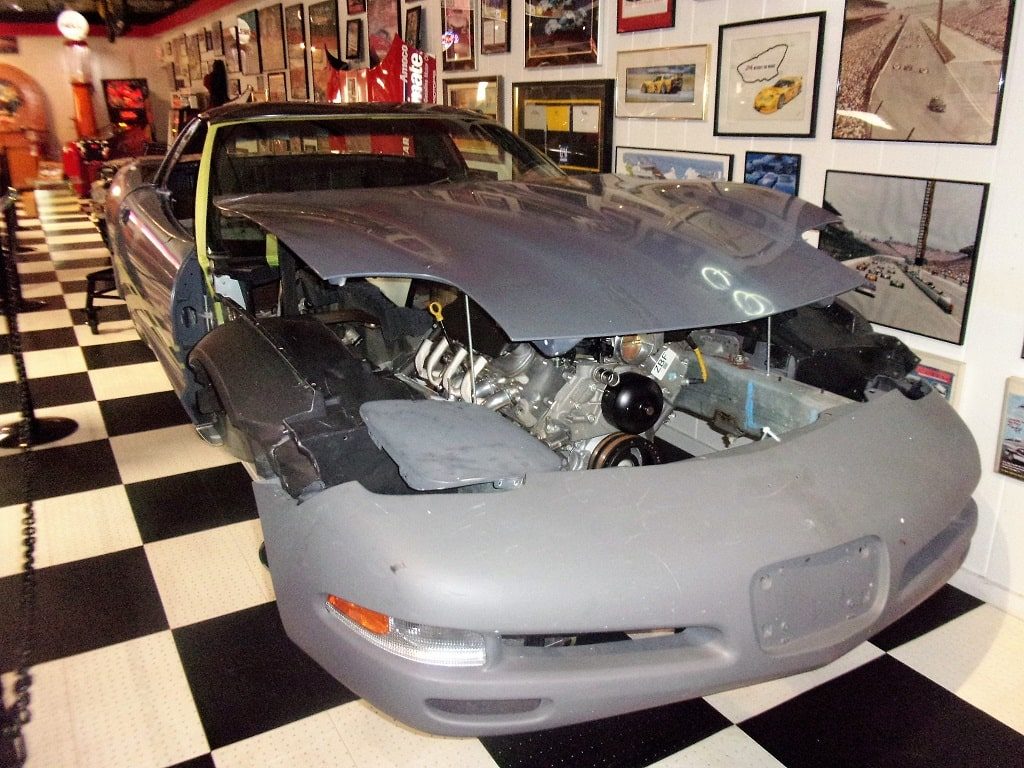 One racing car at the museum is a 1999 Corvette C5-R “Box Car.” On June 17, 2000, the C5-R Corvette showed up at the French Grand Prix at Le Mans and surprised observers by taking third and fourth places in class. People compared the experience to 1960, when a production-based Corvette completed in the 24 Hours of LeMans.

Chevrolet’s C5-R gave racers a lot to work with, since the competition “R-for-Race” model used many of the same parts found in the production car. Add to that the C5-R’s aero styling, its super-rigid body structure and outstanding suspension geometry. With modifications, the production car’s LS1 V-8 was up to the job of powering a race car. The aluminum small-block V-8 from the production car was bumped from 250 hp to 620 hp.

In January 1999, after 4,000 miles of testing, the C5-R competed in the grueling Rolex 24 at Daytona. This was exciting news for race car builders and drivers. Prior to this, if you wanted to race a Corvette, you had to build one from a wreck. With the ALMS C5-Rs racing, GM decided to build cars for the World Challenge series and Motorola Cup. Twenty cars were made in 1999, 10 in 2000 and 12 in 2001. Most were race cars. 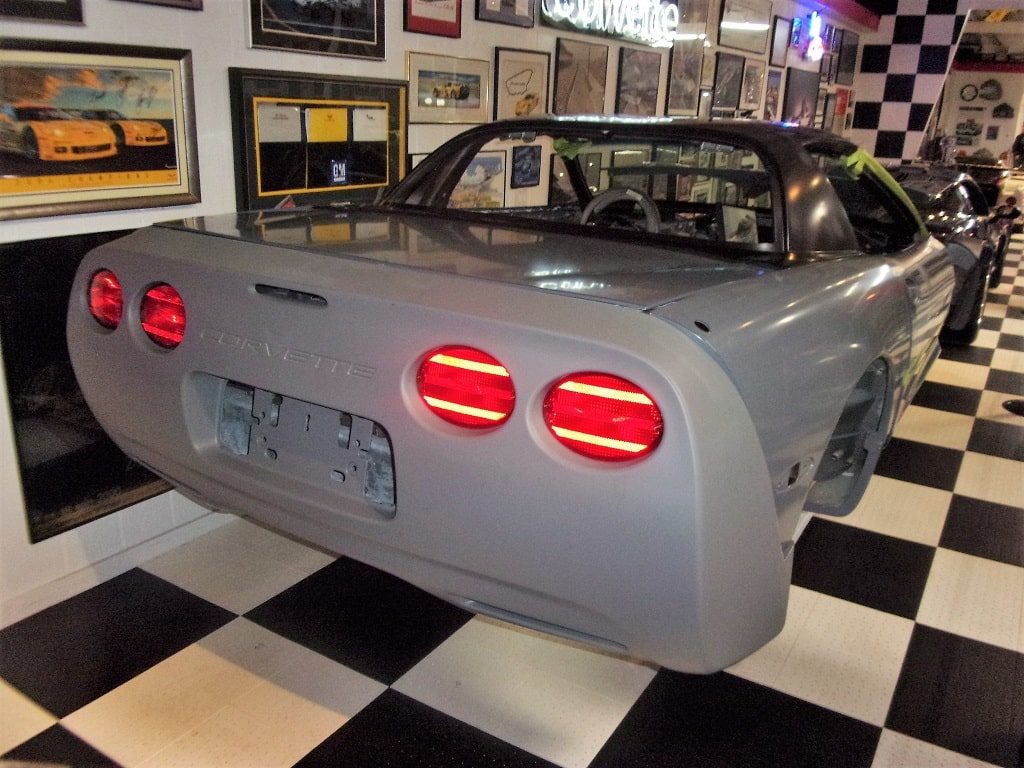 After the C5-R appeared at the Rolex 24 at Daytona and competed well against other all-out race cars, the ball was rolling. By its second season, the C5-R had several podium finishes. These were followed up with the podium finish in class at Le Mans.

The C5-R “Box Car” seen here is chassis No. 003. It sits in the MY Garage Museum in Effimghan, Ill., still in its original form. These Corvettes became known as Box Cars because of the fact that drivers could “race them right out of the box.” 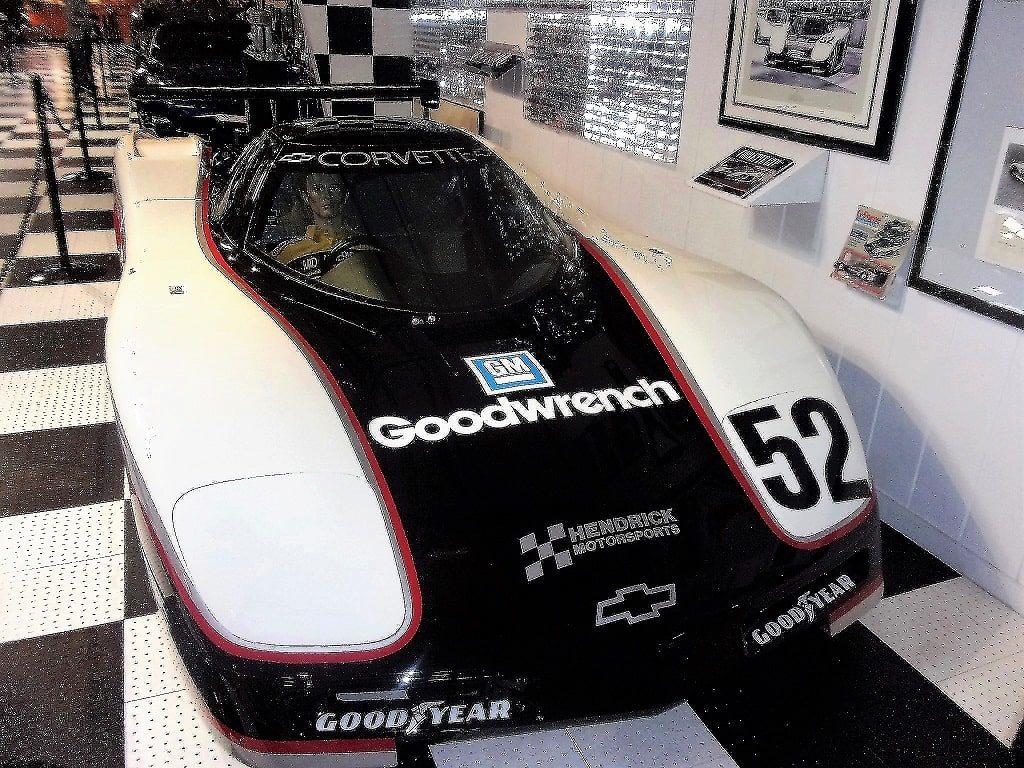 General Motors Chevrolet division built only seven Corvette GTP racing cars. These cars were put together for GM to test and develop a V-6. They were built to participate in the International Motor Sports Assoc. series. Rick Hendrick sent the car from his personal collection to Effingham, where it is on loan to the MY Garage Museum.

Designed by Lola Cars, Inc. in the United Kingdom expressly for GM, the Corvette GTP was based on a T600 chassis. The front end was reminiscent of the C4 Corvette and a long, pontoon style tail was fitted with stock Corvette taillights. The Corvette GTP entered the IMSA series in 1984 to compete with Porsche, Jaguar, Nissan and Mazda. The cars took several pole positions and won at Road Atlanta and Palm Beach in 1986.

Ryan Falconer’s 3.4-liter turbocharged V-6 for the T710 chassis was an integral part of the car’s structure. Tucked between the GTP’s rear wheels, it featured many components – rocker arms and pistons – found in Chevy’s venerated small block V-8.

The V-6 was extra unique in that it was fabricated with off-the-shelf components, as opposed to more costly designs commonly found in racing. Falconer’s engine was a destroked version of the production type 4.3-liter Chevrolet V-6. Its 3.4-liter displacement kept it in line with IMSA GTP rules, which stated that a stock block V-6 was allowed to displace only 209 cubic inches, compared to the standard 229 cubic inches.

A second chassis design, T711, featured a 5.7 liter naturally aspirating V-8 engine and was the first Corvette GTP to race under Lee Racing, debuting at the 24 Hours of Daytona. Until Chevrolet entered the IMSA series, GTPs with aspirated V-8 or turbocharged V-6 engines were seen mostly associated with privateer racing teams.

General Motors canceled funding for the GTP series at the close of the 1988 season, just as the teams were becoming more consistent. Hendrick Motorsports raced five of the seven GTPs from 1985 to 1988. The Corvette GTP at Mid America Motorworks’ MY Garage Museum is on loan as part of a permanent display. 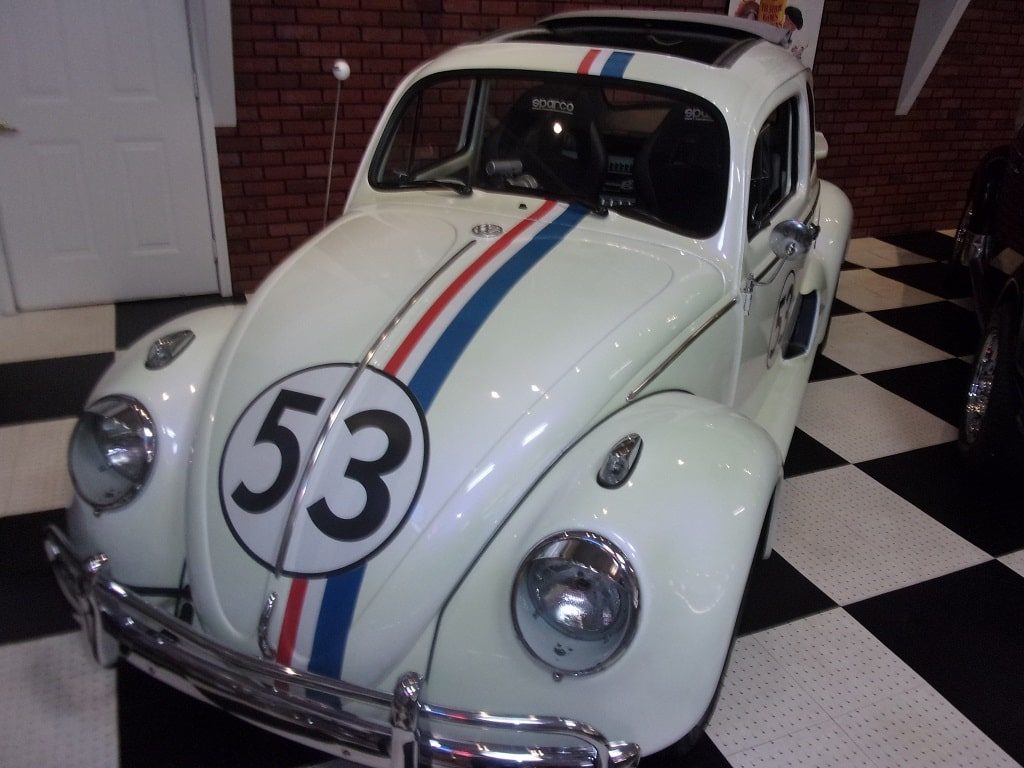