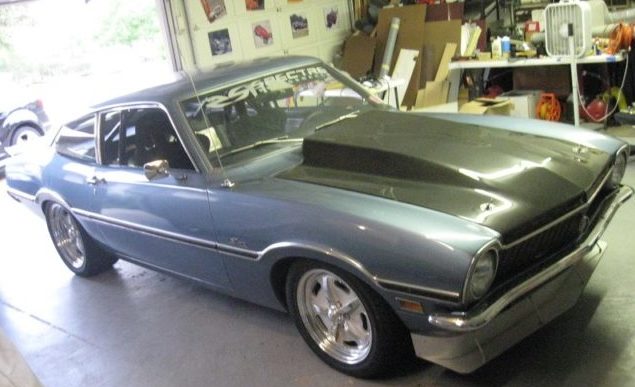 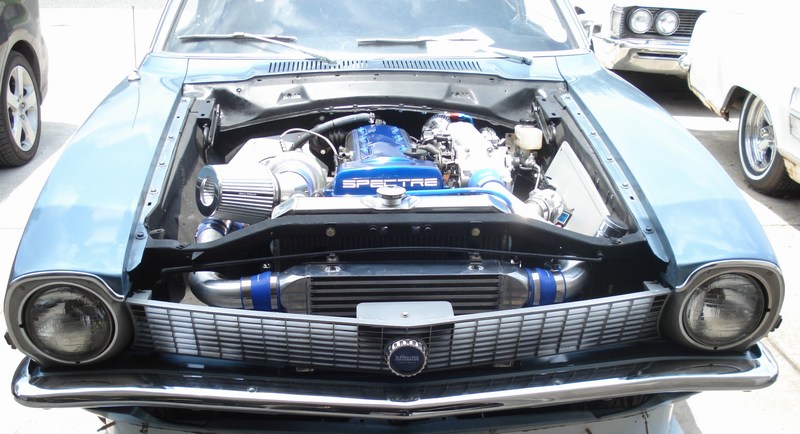 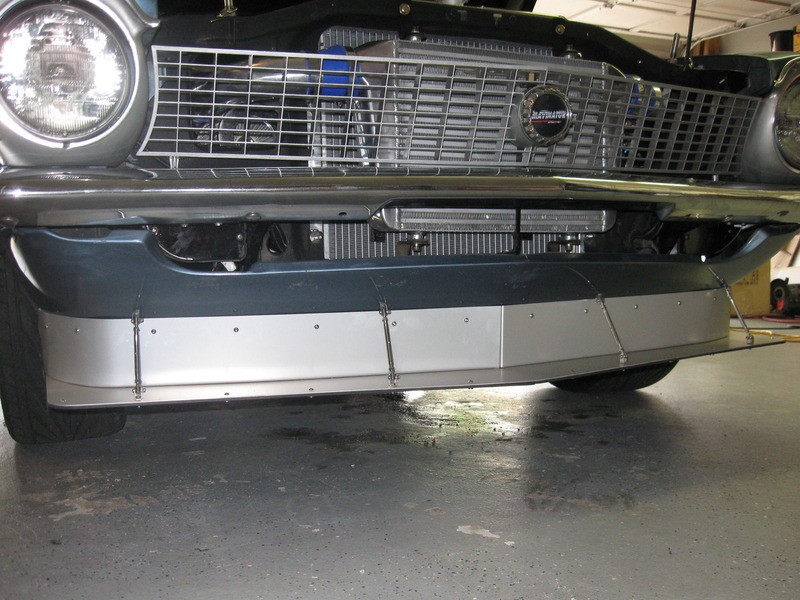 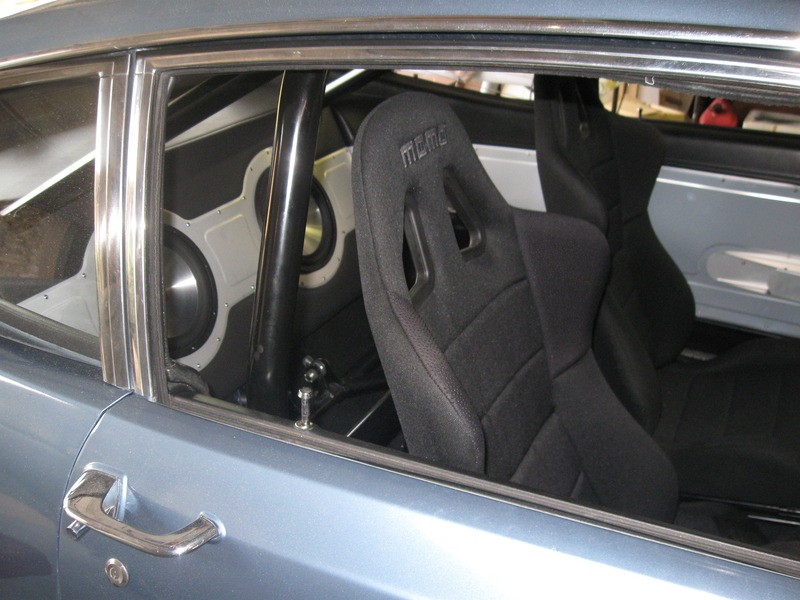 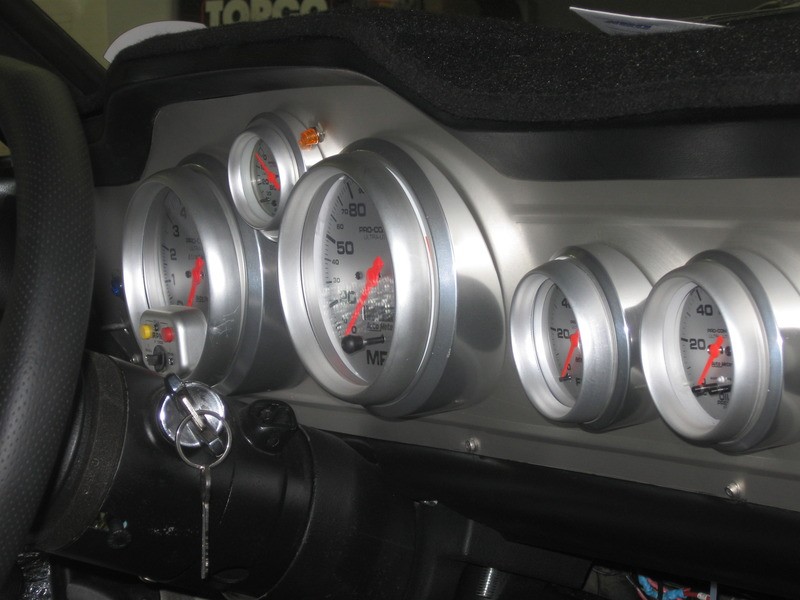 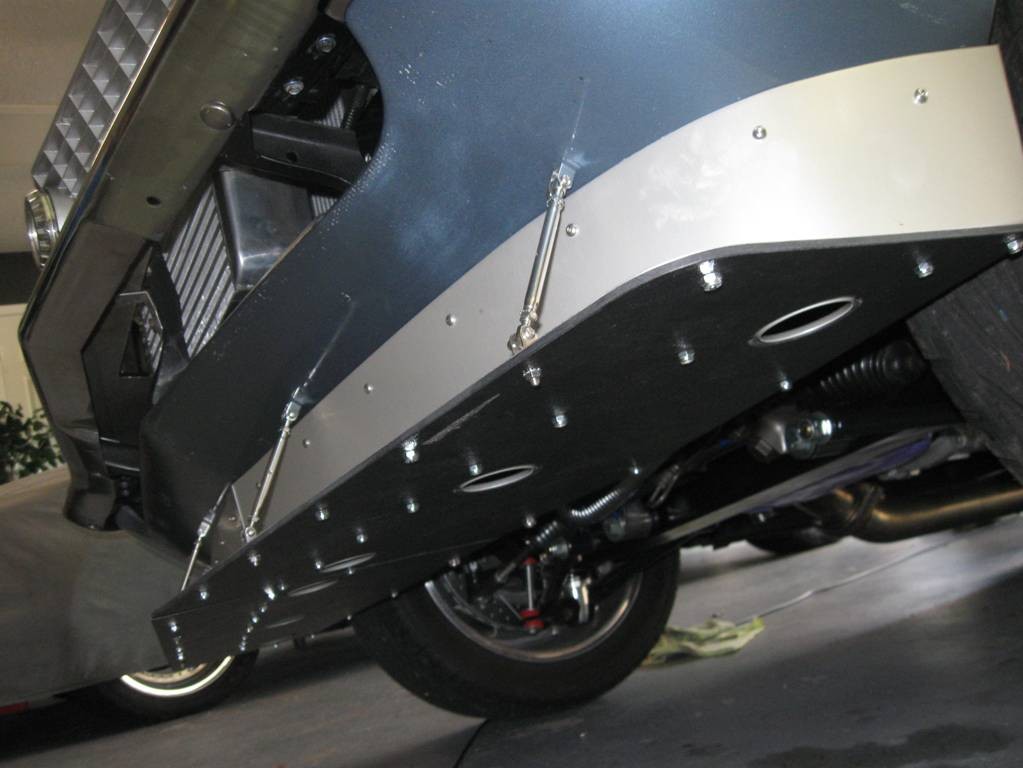 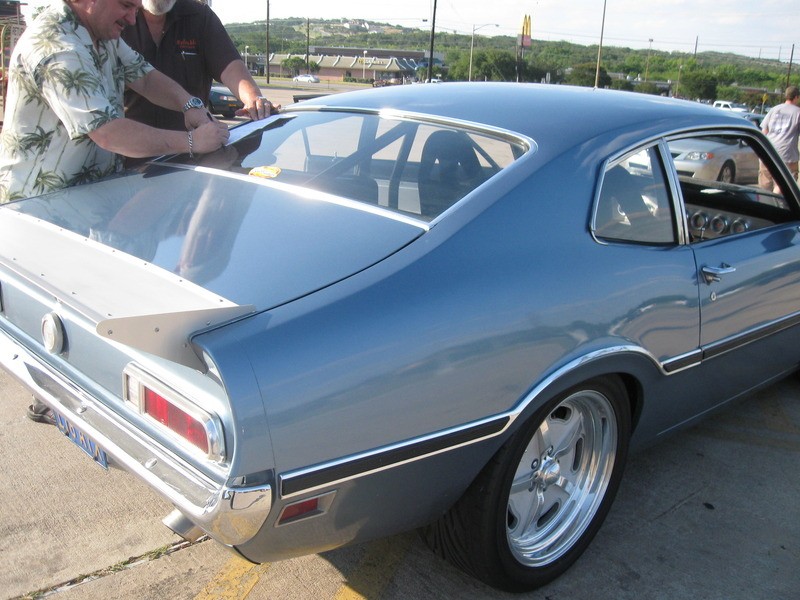 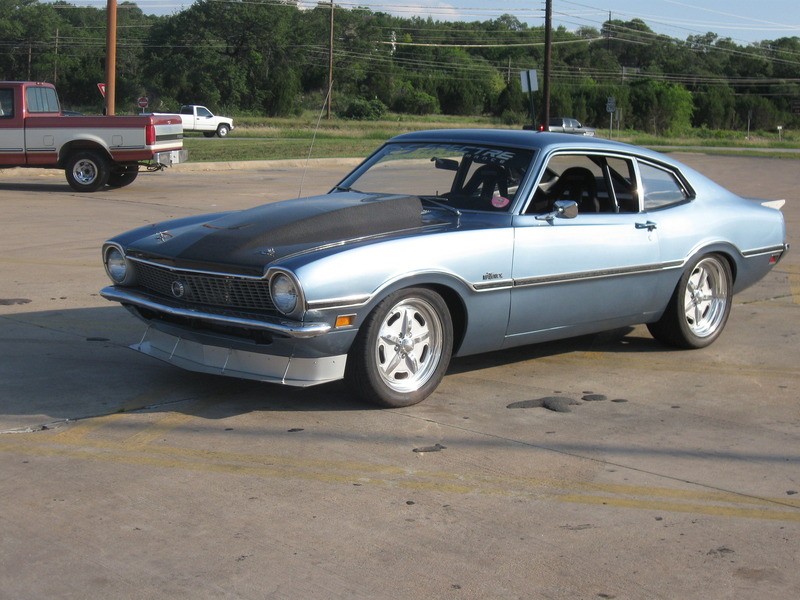 Mitzi’s Motor Mavens: Christina Ortiz
Words: Tommy Parry Images: Big Wig Race Cars The Ford Maverick doesn’t get much attention, but like that one slightly-awkward looking relative we all have gets a new wig, loses forty pounds, or gets a nose job, everyone takes notice. This is what happened when Lance Peltier took a rather Plain Jane Maverick and, while keeping with the straight-six theme, threw a controversial powerplant in the bay. Everyone familiar with modern imports knows the 2JZ-GTE out of the Toyota Supra. Capable of making 1,000 horsepower with some modification, the three-liter six is a favorite among dragsters and road racers alike. In this case, Peltier built this Maverick to attack the famous Highway 341 outside of Virginia City, Nevada. The daunting course has claimed some massively expensive Ferraris in a bold man’s quest to see who’s quickest over a stretch of closed, public highway. Before Peltier could ship his car off to Nevada, he received the bare frame back in Austin and went to work on the suspension. With help from Hi Tech Motorsports, he threw a Mustang II front end on, to which he mated QA1 coilovers. In the rear, a custom four-link setup with QA1 coilovers and a Ford 9” Positrack with 3.89 gears and 31-spline axles from Mark Williams try to put the immense torque of the turbocharged motor down to the ground cleanly. Of course, that power would go to waste if it weren’t for some quality rubber underneath. For strong traction and front-end bite, Peltier took a set of Forgeline S03 wheels measuring 18X10.5” in front and 18X12” in the rear, and wrapped them in pricey, super-sticky Toyo Proxes R888. That combo ought to be enough to harness the brutal delivery of the 67mm turbocharger.
With that massive snail force-feeding air into the 2JZ, some serious fuel and cooling mods were needed. Performance Fabrication’s liquid-to-air intercooler sits proudly in the Maverick’s maw, with a Ron Davis aluminum radiator and fan setup mounted behind. Quenching the 2JZ’s thirst are an Aeromotive A1000 fuel pump and fuel regulator, as well as Toyota 550cc injectors. That power is sent through a Toyota R154 five-speed and an ACT Extreme PP clutch.
https://www.youtube.com/watch?v=hz_N4wg9cT8 The engine is kept in one piece thanks to the factory Toyota ECU and harness, albeit with an Apex’i NEO air/fuel computer to allow the team to dyno tune the machine. For the rest of the car, the factory Ford wiring harness does the job. The interior is kept simple but safe. With help from the guys at Hi Tech Customs did the detailed-but-unobtrusive rollcage, and installed the Momo buckets and steering wheel.
As the car was designed to corner at ludicrous speeds through the Nevada desert, Pelier consulted Big Wig Race Cars for a basic aero package to help it stick better the ground at speed. Their front splitter and minimalist rear spoiler, both hewn from aluminum, would do the trick while allowing the car to keep a low profile while driving up and down the block. For a little glitz, Big Wig Race Cars designed some aluminum trim to decorate the door cards, dash, and speaker box.
Finishing off the creation are a set of 14” Baer Track Plus brakes, with 13” rotors, to keep the car entering corners at sane speeds. We use the word “sane” loosely here, since the man can make this old bird corner at outrageous speeds through the 5.2-mile course more fitting of a Ferrari than a fifty-year-old Ford. Climbing a 1200’ elevation, the turbo motor should keep pushing all the way through the fifty corners on the course, and hopefully that torque should give them enough pace to avoid the odd horse wandering across the road.
Back to Post
About Tommy Parry 127 Articles
Tommy Parry has been racing and writing about racing cars for the past seven years. As an automotive enthusiast from a young age, Tommy worked jobs revolving around cars throughout high school and tried his hand on the race track on his twentieth birthday. After winning his first outdoor kart race, he began working as an apprentice mechanic to amateur racers in the Bay Area to sharpen his mechanical understanding. He has worked as a trackday instructor and automotive writer since 2012 and continues to race karts, formula cars, sedans and rally cars in the San Francisco region.

3 Comments on Turbocharged Maverick Made for Desert Runs