Photos: Courtesy of MSD and Accel

Now that we’ve got your strip burner engine breathing properly (see Tuning Tips: Letting the Engine Breathe), we need to work on the ignition system so that it can help deliver maximum power output. In this edition of Tuning for the Drag Strip we’re going to replace most, if not all of the stock secondary ignition system, the high voltage side.

Your stock ignition system is, like the rest of the stock engine, designed to provide better fuel economy and engine longevity. Producing larger amounts of torque and horsepower is hard on an engine, so the factory engineers will normally detune the engine. We need to reverse what they’ve done.  I’m going to presume that your engine has a distributor.

The first step is to replace the stock distributor with an aftermarket competition or performance electronic ignition unit. Electronic ignition gives us several advantages over points and condenser, namely that we can install an aftermarket ignition controller from Accel or MSD that allows us to make settings changes from within the car. For example, we can modify the spark advance curve to give us more power during our runs at the track, and tone it down some for the drive home. The exact steps to follow will vary depending on which system you buy and what kind of car it’s going in. 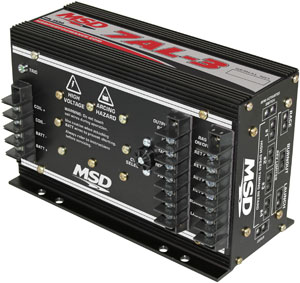 Back when I was just starting to build performance engines, spark plugs with copper electrodes were all the rage as copper has very good conductivity characteristics. These days, we use platinum plugs as platinum is even better. When gapping the plugs, go oversize by a little. For example, an older Chevy 350 shows a plug gap specification of about .045-.050 inches. However, when installing platinum plugs we can bump that up to .055-.060 and get a hotter spark that produces more power.

Next we look at the ignition coil. The coil provides the current that creates the spark that ignites the air-fuel mixture. We need more voltage in order to create the hottest spark possible. That puny stock coil can only do about 25,000 to 30,000 volts. We want more. A good performance ignition coil will provide at least 45,000 volts. 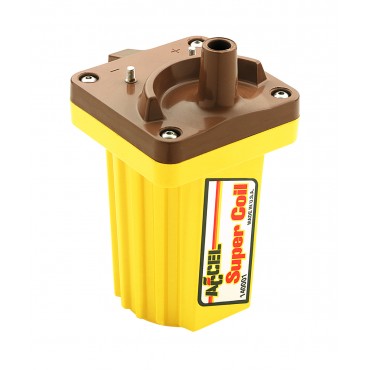 If you know anything about electronics, my next statement is going to confuse you, but bear with me. Stock spark plug wires are garbage. We need plug wires that will offer maximum resistance while also offering maximum conductivity. According to electrical formulas, the amount of voltage required to push a constant current through a wire increases as the resistance increases. So, we want plug wires that offer some resistance to current flow, but not so much that no current is able to flow.  You want to go with a set of good eight millimeter performance wires like these from Accel. 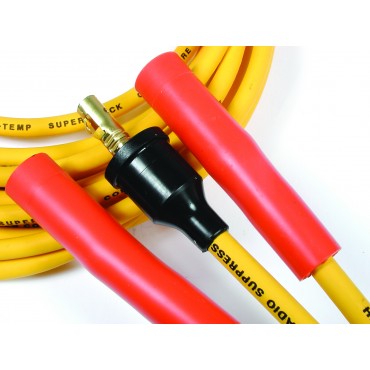 Once we have all the above installed, we can adjust the timing for maximum performance. Published specifications for ignition timing, like everything else are designed for maximum longevity and economy. We need more spark advance to create more power. Exactly how much more will depend on your engine, but it could be as much as 10-15 degrees more than stock. With the engine running, here’s what we need to do:

A Few Words for Those with Distributor-less Ignitions

Around 2000,  many of the automakers started phasing out distributors in favor of electronically-controlled distributor-less ignition systems (DIS). If you’re in this boat, you will time the engine by either modifying the mapping of the computer, or swapping out for a performance computer/chip. You probably won’t need plug wires, but you will need to upgrade to either performance coil caps that go on top of the plugs, or performance coil packs, like the examples below. 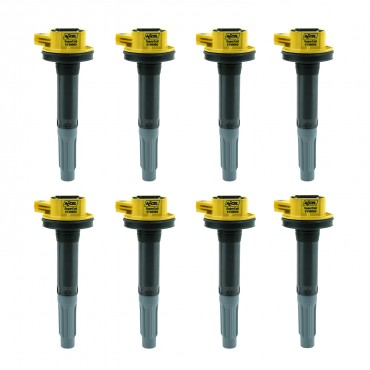 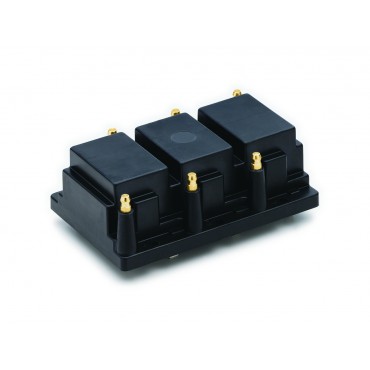 An aftermarket performance coil pack for a Chrylser V6 engine.