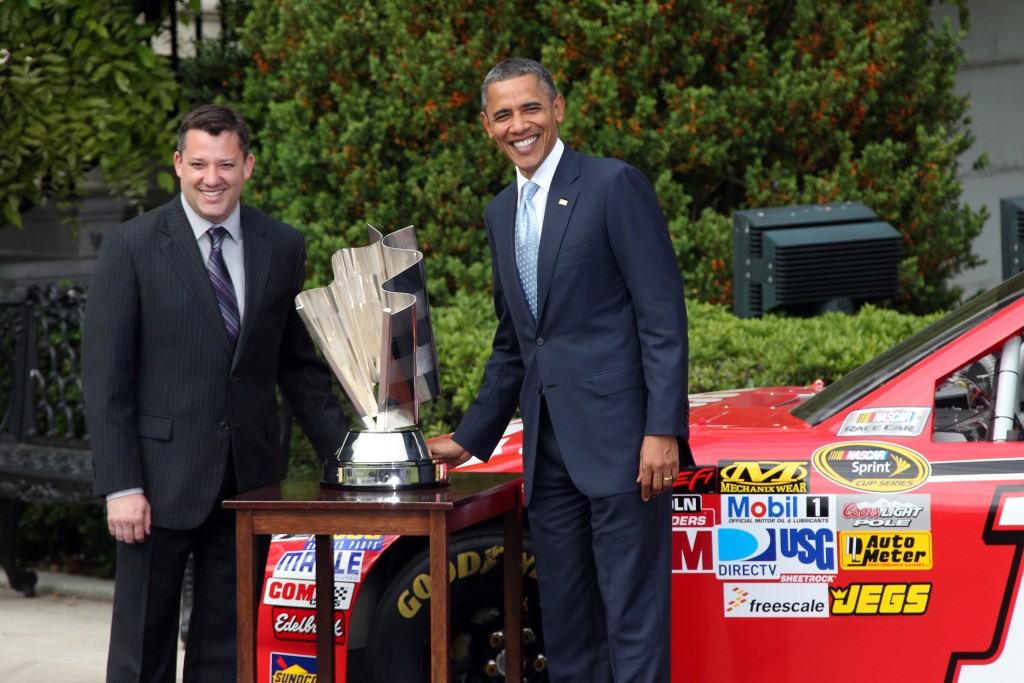 Unfortunately, what I and Stewart’s fans want won’t matter. He’s made his decision and  will mark his 18th and final season in the Sprint Cup Series.

There will be no turning back for Stewart. Clint Bowyer has already been chosen to replace Stewart for the 2017 season. Now it’s just a matter of – depending upon you point of view and perspective of how things will play out – enjoying or enduring the 2016 campaign.

The sentimental side of me wants to see Stewart return in all his glory, to see him go out by winning his fourth Sprint Cup championship. You couldn’t write a better script for a more fitting exit of one of NASCAR’s greatest drivers ever.

I’d also love to see him win the Daytona 500 for the first time – in his last running of the Great American Race less than two months from now.

Unfortunately, the practical side of me says Stewart will likely have a more-of-the-same kind of season in 2016 as he’s had in 2013, 2014, and 2015. In other words, he likely won’t earn his first win since 2013, he won’t make the Chase and he likely won’t win the championship. But we can dream, can’t we? Or better yet, we can remember.

And there are lots of things to remember from Stewart’s career, starting with how he came from the IndyCar world as a Sprint Cup rookie in 1999.

Four seasons later in , he earned his first Sprint Cup championship in a year that saw a significant amount of conflict between Stewart and the media and NASCAR officials. It got to the point that Stewart even thought about leaving the sport, telling me in an ESPN.com interview that he wasn’t happy with NASCAR’s our-way-or-the-highway policy.

There was concern about what kind of champion Stewart would be – and yet he ultimately became one of the best and most gracious the sport has ever seen.

Even when he shocked his fans by leaving Joe Gibbs Racing to take a 50 percent equity ownership stake in and to drive for what would become Stewart-Haas Racing, Stewart remained a man on a mission.

Three years after joining SHR, he would win his third championship – and did so in typical Stewart form. He tied Carl Edwards for the championship, the first time such an event occurred in NASCAR history, and then was awarded the title by virtue of having five wins to just one for Edwards during the 2011 season.

There have been plenty of other memories that Stewart has imparted upon us, particularly his generosity. One of the most recent was offering his private plane free of charge to the family of IndyCar driver Justin Wilson to be with him at the Pennsylvania hospital where he succumbed the following day to injuries suffered in a race.

Or how about the $1 million he gave to help start Victory Junction Gang Camp – and additional money over the years to not only sustain the camp but also help it grow even more.

Stewart may have been a firebrand on the racetrack at times, jousting with fellow drivers. He also had run-ins at times with members of the media, never backing down when he felt he was right (and he usually was).

But when it came to his generous side, that’s the last thing Stewart wanted notoriety or attention for. It was just a reflection of his giving nature.

I would love to see Stewart do what Jeff Gordon wasn’t able to do in 2015, namely go out a champion. But like I said earlier, I don’t see it happening. Tony at 44 years old is a guy who has been racing for more than 30 years.

To use a well-worn phrase in sports, he’s run a good race and the finish line is in sight. He may not come in first coming out of the final lap, but two things will always remain clear in my own personal Stewart memory bank: