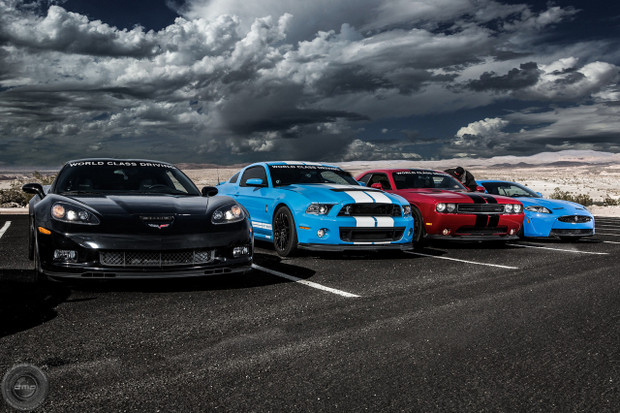 Las Vegas is one of the top entertainment destinations in the world, and for many travelers, it’s one of the best places to get the full “American experience:” food, firearms and fast cars! Since I was going to be in Las Vegas for SEMA, I decided to complete my American experience trifecta by driving the best muscle cars that Detroit has to offer.

There are many places that rent cars, but I wanted something memorable, so I turned to World Class Driving and their Muscle XL Experience. The lineup included a Shelby Mustang GT500, C6 Corvette Z06, Challenger SRT8 and a Jaguar XKR-S. WCD has created a unique program where all four of these cars are taken out onto the streets of Nevada in a single file group, flanked on both ends by instructors. Predetermined stops allow for driver changes and a rare opportunity to compare these cars to each other as you drive them one after another. This was going to be an event to remember, so I brought along my friend and talented photographer, John Afravi, to document the adventure. 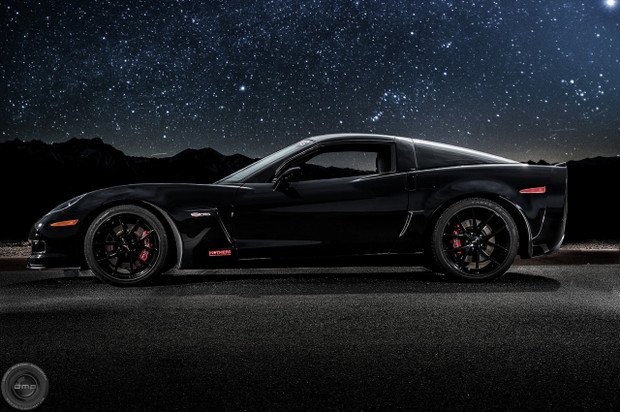 After a brief driver’s meeting at WCD headquarters, I stepped into a 2013 Chevrolet Corvette Z06 and started our tour to Lake Mead National Park with the rest of the Muscle XL drivers. This was my first experience with the Z06 and I absolutely loved it. The car felt confident and poised, ready to unleash its 505 HP without hesitation. The short-throw, manual gearbox provided quick, clean gear shifts as we wound through the open desert roads. Everything in the Z06 was designed to give you a visceral experience; the exhaust note, the feedback from the suspension and the endless amount of grip from the tires all worked together to let you know that you were driving a driver’s car. 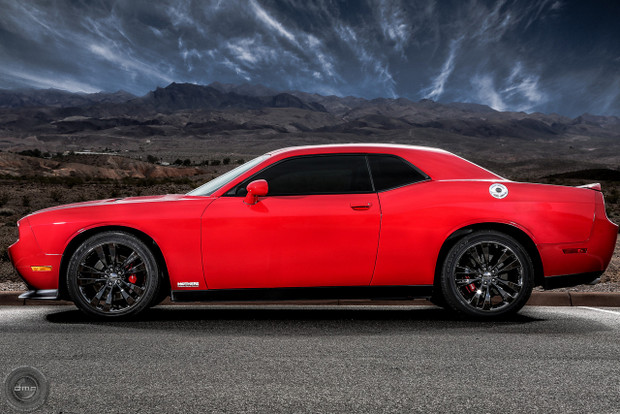 The first stop on our 50 mile tour allowed for photo opportunities and the first driver change. A 2013 Dodge Challenger SRT8 was my car for the second stint. Having just driven the Corvette, the Challenger felt much less track-inspired, with its softer suspension setup and higher seating position, but still remained competent. This gentle giant sucks you in with creature comforts and then proceeds to push you deep into the seat with raw power. One of the instructors described it as a “really fast couch.” The only thing that would have made the ride even more fun was if two guys pulled up and asked, “that thang gotta Hemi?!” 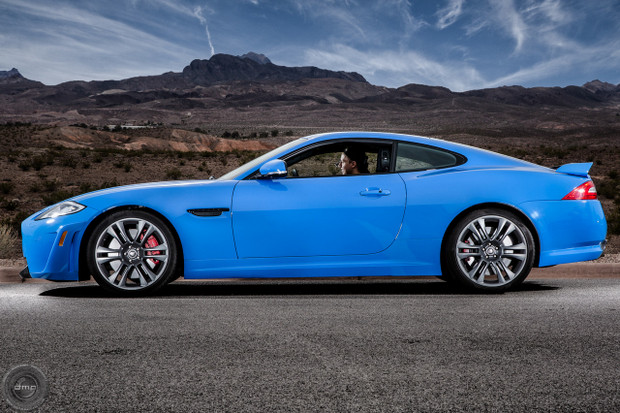 After a few miles of comfortably cruising on the MOPAR couch, I got behind the wheel of a new Jaguar XKR-S. Honestly, I wasn’t expecting much from the Jag, but once my right foot hit the accelerator, everything changed. The XKR-S is incredibly fast with its 550 HP supercharged V8! And while the steering feedback was light compared to the Corvette and the Challenger, it still handled the long, twisty roads of Lake Mead National Park effortlessly. By far the most civilized of the bunch, the XKR-S delivers amazing performance without any drama. If I ever needed a long distance touring car, this Jaguar would fit the bill nicely. 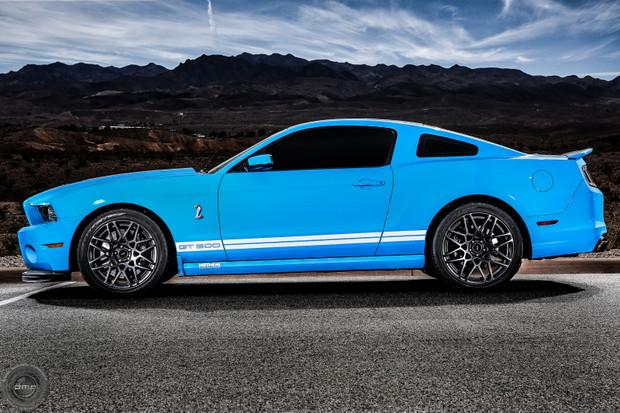 My final ride was with the 650 HP Shelby Mustang GT500. The instructors suggested I take it easy in first and second gear, and the other drivers expressed their fear of driving the car, but having learned to drive in a 1977 Chevrolet Nova, I wasn’t afraid to try and tame this beast. I’m also positive that if people weren’t getting just a little bit sideways in the Shelby, they were doing something wrong, especially with 600 lb-ft of torque going to the back wheels. The GT500 was definitely the most fun to drive and the most nostalgic of the muscle cars; from the supercharger whine to the ball-style shift knob, it felt truly “American.”

World Class Driving promised a thrilling driving experience and they delivered magnificently. Everyone had a grin from ear to ear as we returned from our two hour excursion. The spirited drive through picturesque Lake Mead National Park was very satisfying, and I daresay better than simply having your foot buried in the gas pedal on a race track. What I enjoyed most is that the instructors don’t ride with the drivers, so it felt like I was going on a cruise with my buddies. It’s the perfect way to experience the joy of driving these cars without actually having to own one. With a price point starting at $299 for the Muscle Experience, you’d be hard pressed to find a better value for your dollar anywhere else in Las Vegas.

I highly recommend leaving the beaten path of The Strip for a healthy helping of good ol’ American muscle during your next trip to Sin City. It’s a great way to start and/or finish your American experience trifecta.