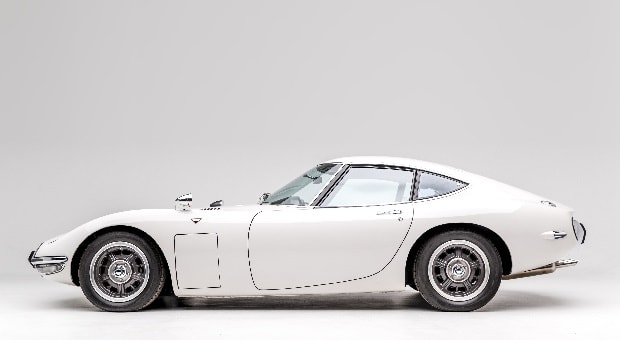 On May 26th, the Petersen Automotive Museum will unveil its newest exhibit, “The Roots of Monozukuri: Creative Spirit in Japanese Automaking.” This meticulously curated and stunningly presented exhibit will focus on the emergence of Japan’s auto industry following the second world war, as well as the country’s design philosophy in the years preceding its climb to market dominance in the 1970s. As well, a second exhibit will run congruently, titled “Fine Tuning: Japanese-American Customs.” This will examine the rise of Japanese car culture and customization in both Japan and the US. Typical of Petersen exhibits, they don’t disappoint. 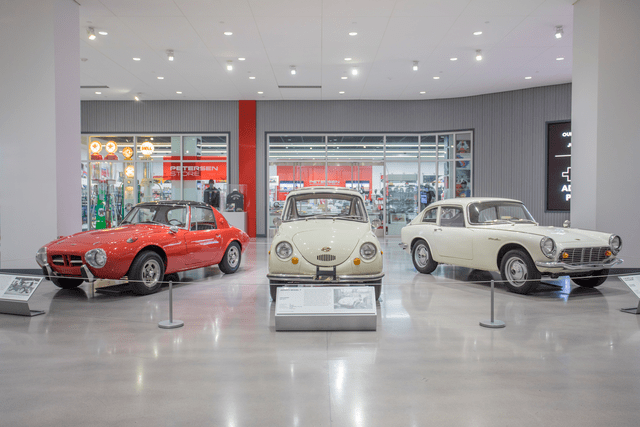 Step into the lobby and you’re welcomed by an adorable trio of pint-sized pocket rockets consisting of a 1958 Subaru 360 K11 flanked by a ‘67 Toyota Sports 800 and a ‘68 Honda S600 Coupe, grandfather to the S2000. Their compact size truly boggles the mind and, in the case of the Toyota and Honda, will instantly have you daydreaming about planting your foot against their firewall (which they probably don’t have) and keeping the needle perpetually pinned against the redline as you carve through Japanese b-roads. Pull yourself past the lobby and head to the upper floors, where you’ll be rewarded with some of the most pristine and iconic examples of Japanese automotive history that can be found anywhere – corporate collections included – thanks to strong support from the likes of Nissan and Mitsubishi. 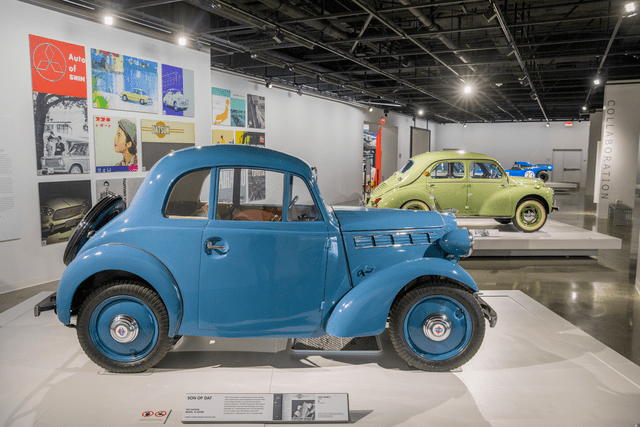 Walking into the main gallery on the second floor is like walking into an automotive casting call for a Lupin the Third episode. The room is filled with cars that even the biggest JDM fans probably haven’t seen in person, and the first display – a 1937 Datsun Model 16 Coupe – is the perfect starting point for an exhibit meant to highlight the industry’s beginnings. After the Japanese government passed legislation in the ’30s to encourage domestic car production and reduce foreign imports, Datsun was the first company to seize on the opportunity. By taking Ford’s assembly line and shrinking it to fit their demands, Datsun became the first Japanese manufacturer to produce cars on a mass scale, the Model 16 being their first, and thus, Japanese automotive genesis. 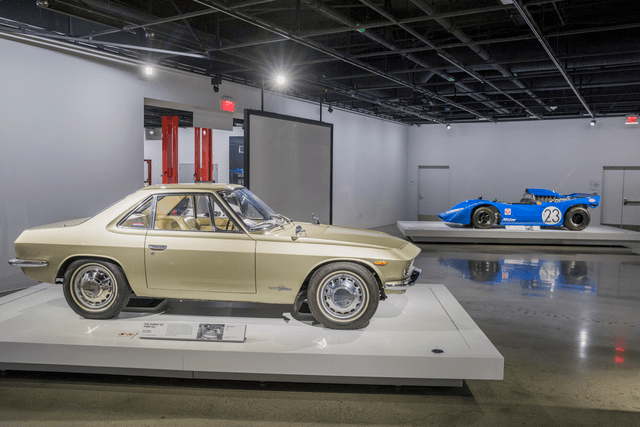 Move past the Coupe and you come to another Datsun, a 1966 Nissan Silvia CSP11. With some of the cleanest lines to come out of the ’60s and near perfect proportions, it’s a car completely void of an unflattering angle. What stopped me in my tracks though (and sent me tumbling down a Google k-hole on my phone) is how closely it resembles a Lancia 2000 Coupe, a car that didn’t even exist until five years later. How Lancia avoided a copyright infringement lawsuit is truly one of the world’s great mysteries. 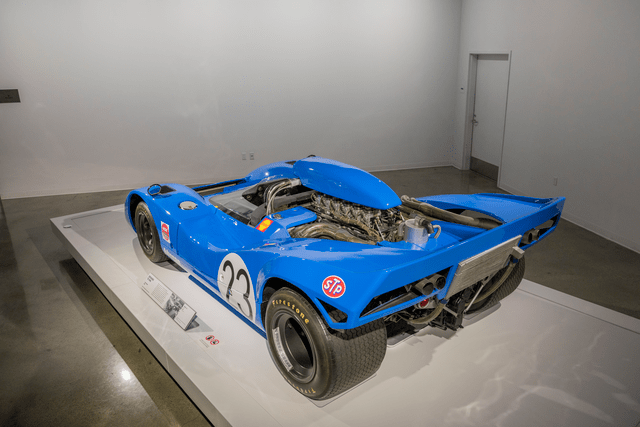 The Silvia’s refined elegance provides a great contrast to the display directly across from it, a 1969 Nissan R382. With its retina-burning blue paint job, cartoonishly large all-black wheels and massive air-scoop plopped on top of 12 towering velocity stacks, it looks like it was styled by the loons over at Hot Wheels, not the company making a car called the “Cedric” at the time. Not only was the R382 one Nissan’s first cracks at a hardcore, purpose built racecar, it was also the company’s first V-12. 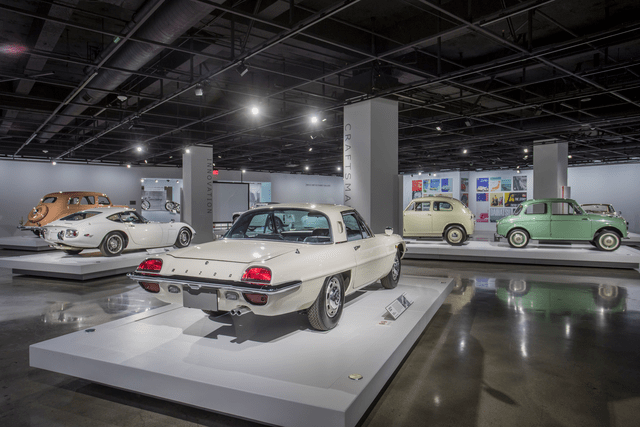 Taking up nearly the entire opposite side of the gallery are arguably two of the most iconic and well recognized JDM cars of the period, a 1967 Toyota 2000GT MF10 and a 1969 Mazda Cosmo Sport 110S. Both wear their respective company’s version of white, the best color each car came in, elegantly highlighting the subtle curves, dips and rounded edges of the 2000GT, while perfectly showcasing the ‘flying saucer’ lines of the Cosmo. 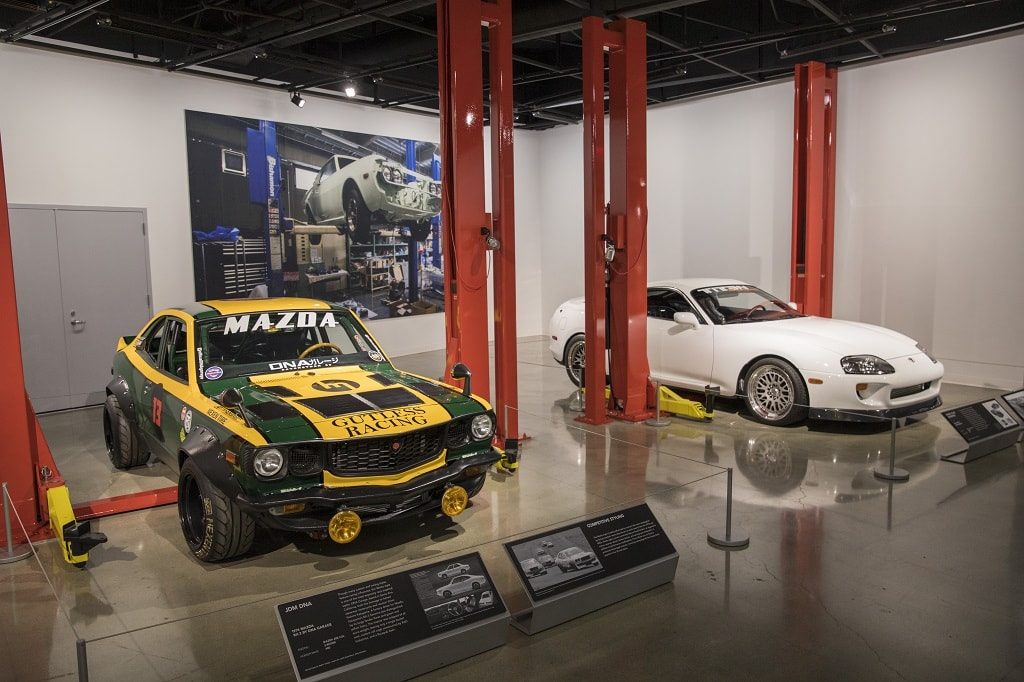 Japanese-American Customs is smaller compared to its sister exhibit, but nonetheless includes some great examples of what has made the Japanese customization scene one of the strongest and most creative around for decades. All the icons are represented, from a Mark IV Supra with its legendary 2JZ-GTE tuned to put down 520 horsepower, to a ’73 Mazda RX3 with its cult-inspiring Wankel 20B 3-rotor strung out of its mind to spit out 400 horses. From a 2.0 liter. Try wrapping your head around that one. Of course, no JDM power party is complete without Godzilla in attendance, in this case a 1973 Skyline 2000 GT-X with the heart of a later model’s RB26DETT under the hood. 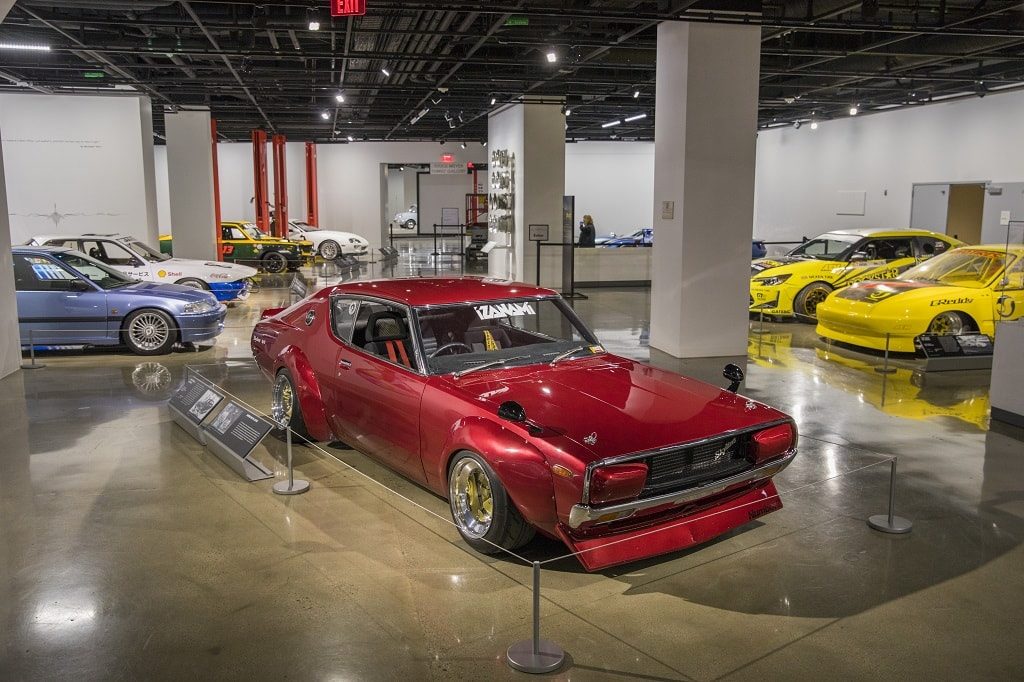 For a country whose contributions to the auto industry have been both plentiful and game changing, Japan’s story seems far less told than their European and American counterparts. The Petersen’s two newest exhibits take a step in remedying that by not only educating people on the origin story of Japan’s automotive dominance, but acknowledging their incredible accomplishments in getting to where they are today. You’d be wise to stop by before they end their run in April 2019 – if not to pay your respects to a country that’s contributed so greatly to an industry that, if you’re reading this, you’re very much invested in, then to at least see some very, very cool cars.