NASCAR swept into Pocono’s Tricky Triangle this past weekend, and the racing that developed was typical of this season so far: moments of “OMG Look at that move!” interspersed between moments of “Wake me when something happens please.” For instance, Kyle Busch dominated the last stage for the win in the XFINITY race on Sunday. The hits continued on Sunday with Martin Truex Jr. putting on a clinic on how to go to the front after pit woes for the win.

Kyle Busch Triumphs for 92nd Time in His Career 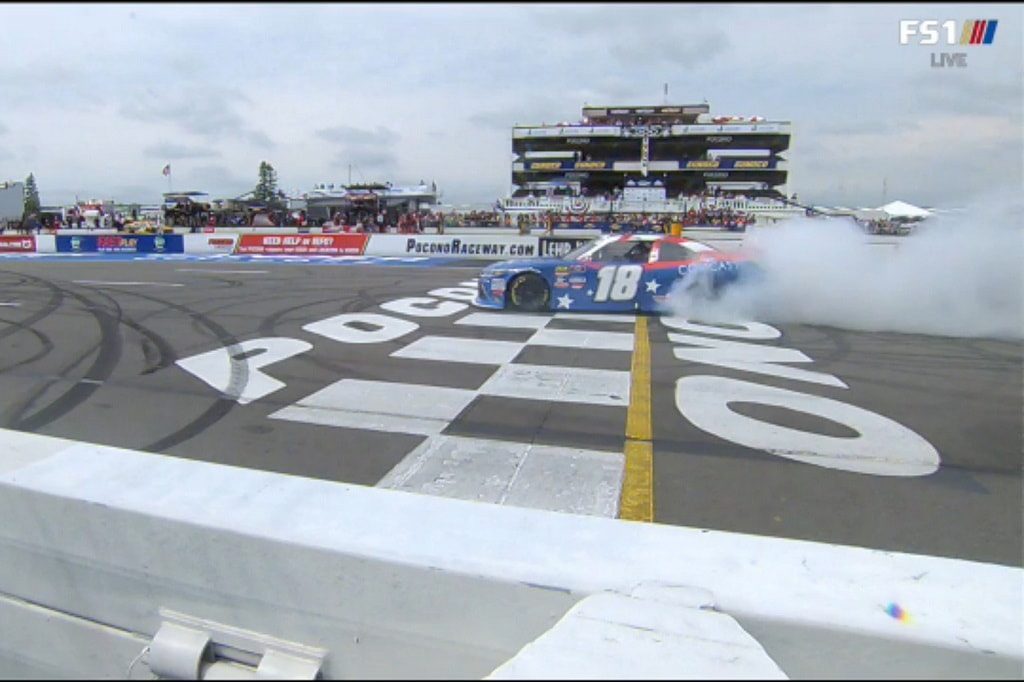 Kyle Busch won the first and third stages of the Pocono Green 250 Recycled by J.P. Mascaro & Sons on Saturday. Good side-by-side racing was prevalent back in the pack, especially when Busch sped on pit road and had to fight his way back to the front. Following closely behind Busch’s Kyle Busch Racing Number 18 was Chase Elliot in the GMS Racing Number 23, filling in for the suspended Spencer Gallagher. Daniel Hemric brought his Richard Childress Racing Number 21 in at third place, the top-scoring XFINITY regular of the race. 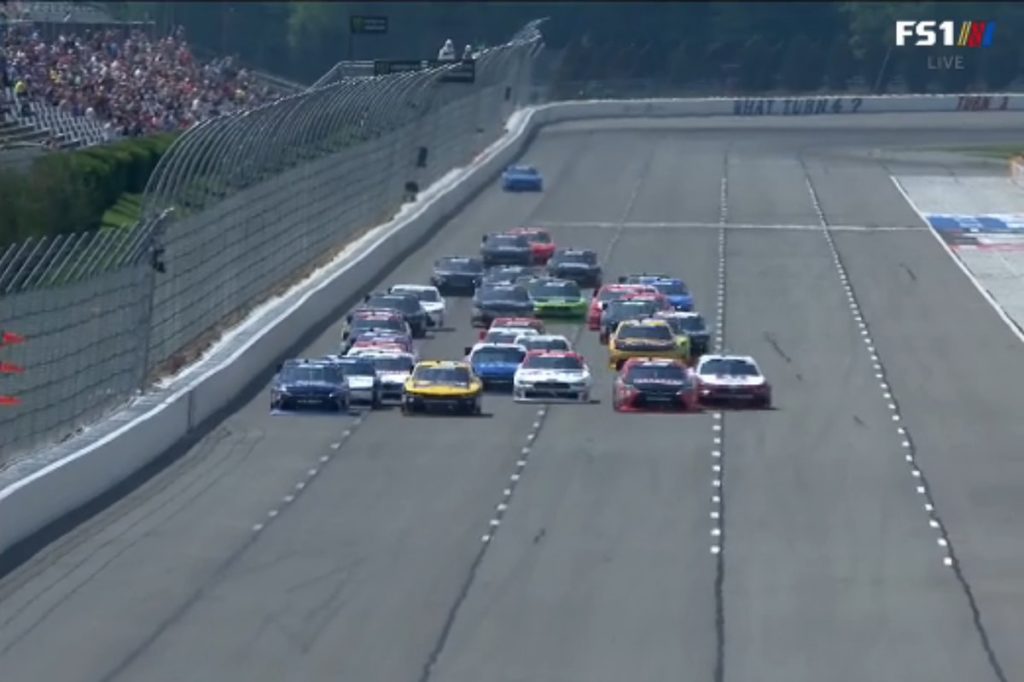 UPDATE: 9AM EDT-Charlotte, NC. It was just announced minutes before this went to press that Kyle Busch’s Number 18 was found to be too high in the left front in post-race inspections. No penalties have been assessed as yet.

Truex Fights Back from Pit Stop Woes for Pocono Win 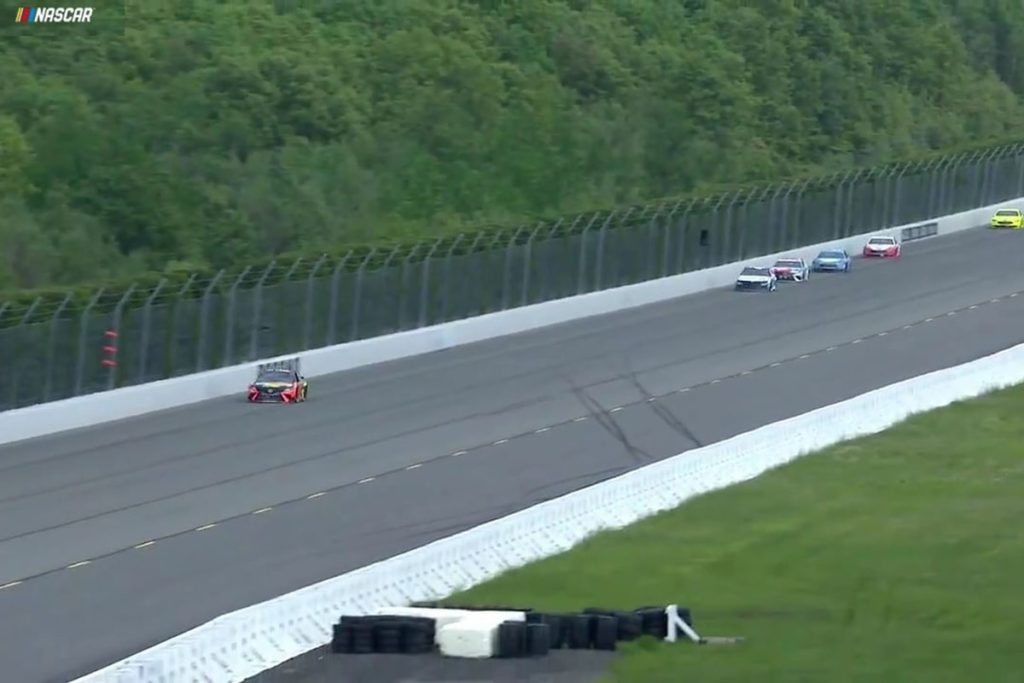 Joey Logano added a little excitement to the opening stage of the Monster Energy NASCAR Cup Series Pocono 400 on Sunday by running out of gas with two laps left in the stage. The team was using a new fuel man and he was unable to get the second can of gas to flow during scheduled green flag stops. 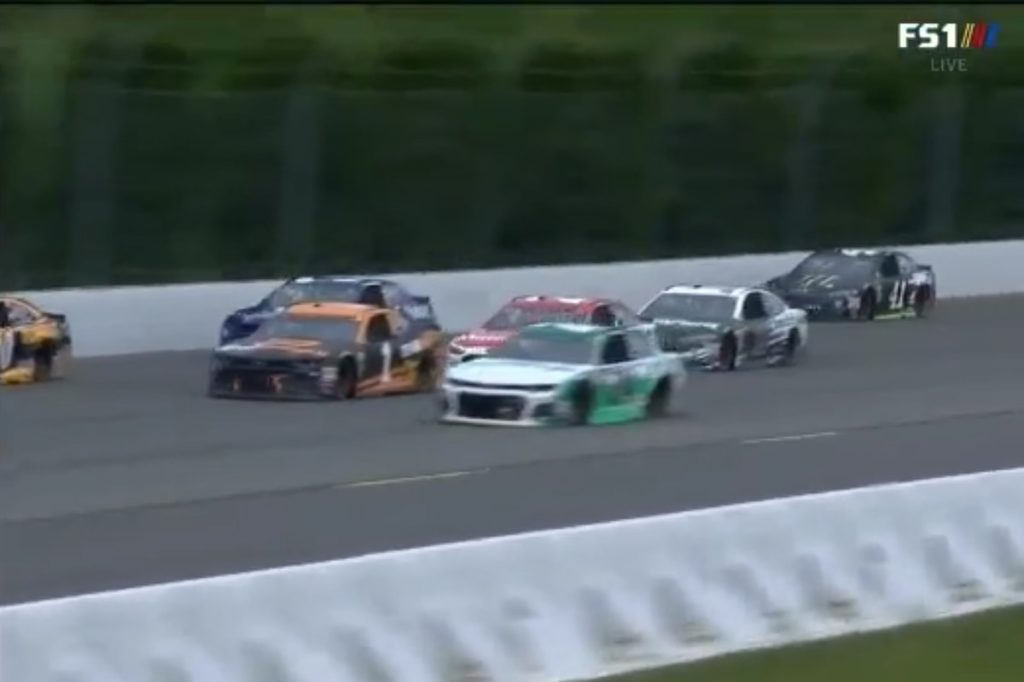 Truex was dominant in his Furniture Row Racing Number 78 throughout the race, but was nice enough to allow Kevin Harvick to get the win in the second stage in his Stewart-Haas Racing Number 4. Although the racing at the front was boring through most of the race, there were numerous excellent battles for position farther back in the field throughout the race. Kyle Larson was impressive in his Chip Gannasi Racing Number 42, managing a second place finish just ahead of Kyle Busch in his JGR Number 18. 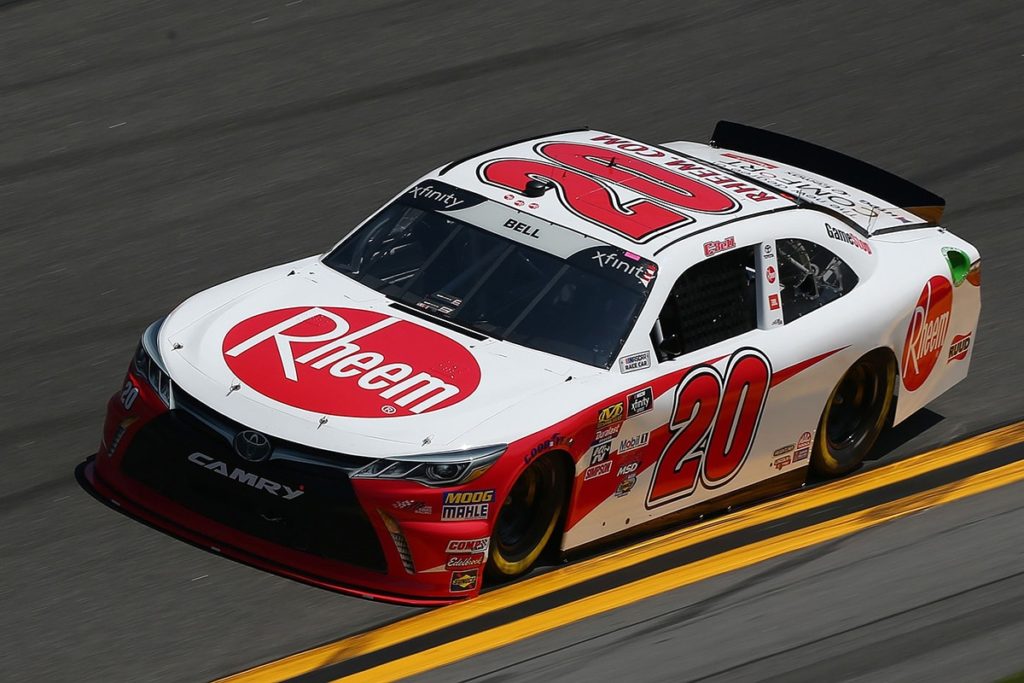